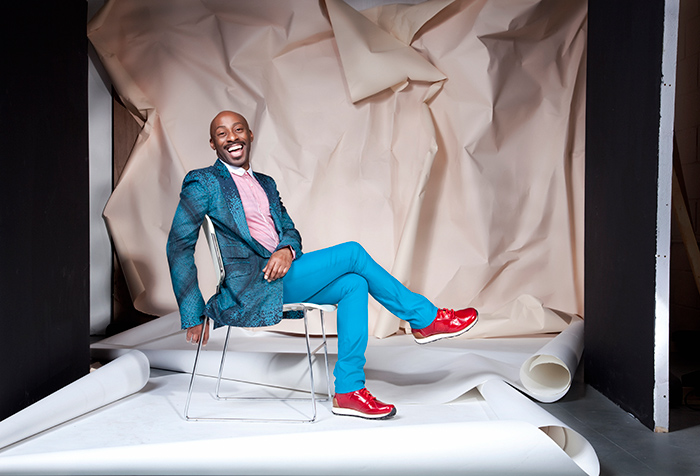 As modeling’s motion master choreographer Les Child has brought the artistry of dance to the biggest runways and best editorials. Collaborating with fashion’s best and brightest from photographers like Tim Walker and Patrick Demarchelier, to designers Miuccia Prada and Alexander McQueen, Child elevates the look and feel of fashion imagery with stylized dance moves fit for a Broadway show. If you see your favorite model sashaying down the catwalk with an extra spring in her step, or spot an editorial with posing worthy of a prima it’s likely that Les Child had a hand in it. We caught up with the talented Mr. Child to talk working with McQueen, the role of choreographers in fashion and what models need to know about movement.

Did you always know you wanted to be a dancer?

Les Child: Yes, always, since as long as I can remember.

Tell us a little bit about your beginnings.

Les Child: As a child I performed in school productions of Gilbert and Sullivan operettas. This allowed me to express my love for dance and performance. I subsequently studied at the Rambert School of Ballet for 3 years.

How does your work in fashion differ from what you’ve done in cinema, or on the stage?

Les Child: Well, as a choreographer, there is little difference in these mediums. Generally working in theatre and film etc., require specific choreographic direction of course. A director and or producer will initially present you with a brief, treatment or storyboard as a guide, not forgetting how many dancers, models are needed and what they are required to do. This will involve the input of a production manager, stylist, music director, hair, makeup and many more. The same process applies to a fashion show or a fashion shoot. Where the designer, photographer or stylist has a concept to convey. I am often brought on board to assist with movement direction and to inspire confidence. 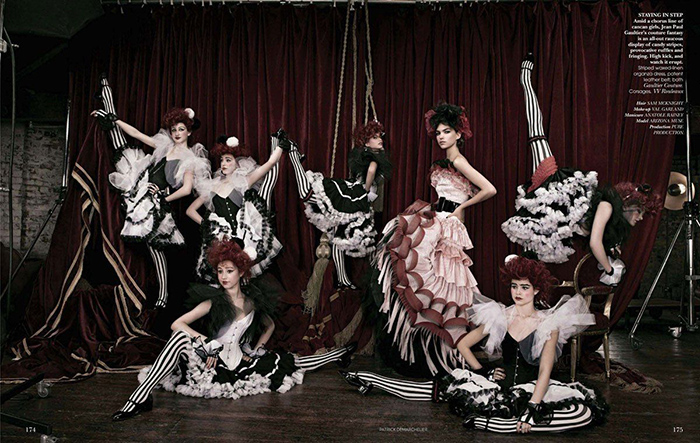 What do you think models ought to learn about movement?

Les Child: I believe all models would benefit immensely from attending some form of exercise or movement class, becoming aware of self and space. After all it’s all about the physical.

What is the role of a choreographer on an editorial shoot or at a show?

Les Child: A choreographer’s role in fashion is not as integral as hair and makeup, but as important. As I mentioned earlier the primary role both on a shoot and show is to inspire and to encourage confidence if they are required to play a role or assume an attitude. Basically to help realize the vision of the designer or the photographer.

When did you first get involved in fashion / what was the very first fashion project that you worked on?

Les Child: I think my first involvement in fashion, was dancing in Stevie Stewart’s (BodyMap) graduate’s show at Middlesex University… Way back! As a choreographer it was working on a film directed by Joanna Hogg starring a very young Tilda Swinton as an aspiring model with designs by Dylan Stone.

You’ve worked a great deal with designers who present their work in a very artistic manner – what was it like collaborating with Miuccia Prada or Alexander McQueen?

Les Child: Working with Alexander McQueen was absolutely brilliant. A true artist, with an extraordinary vision, whose shows were not only an extravagant showcase but an event to behold. it was a honor to be involved with him and his wonderful team. He was very particular on how he wanted the shows to look, presenting references from film, a game of chess to a particular artist he was enamored by. With Prada I was brought on board to help with the pace of the show. Helping the models to navigate and maintain a steady rhythm as the set was unusually huge with different levels and punctuated with staircases. 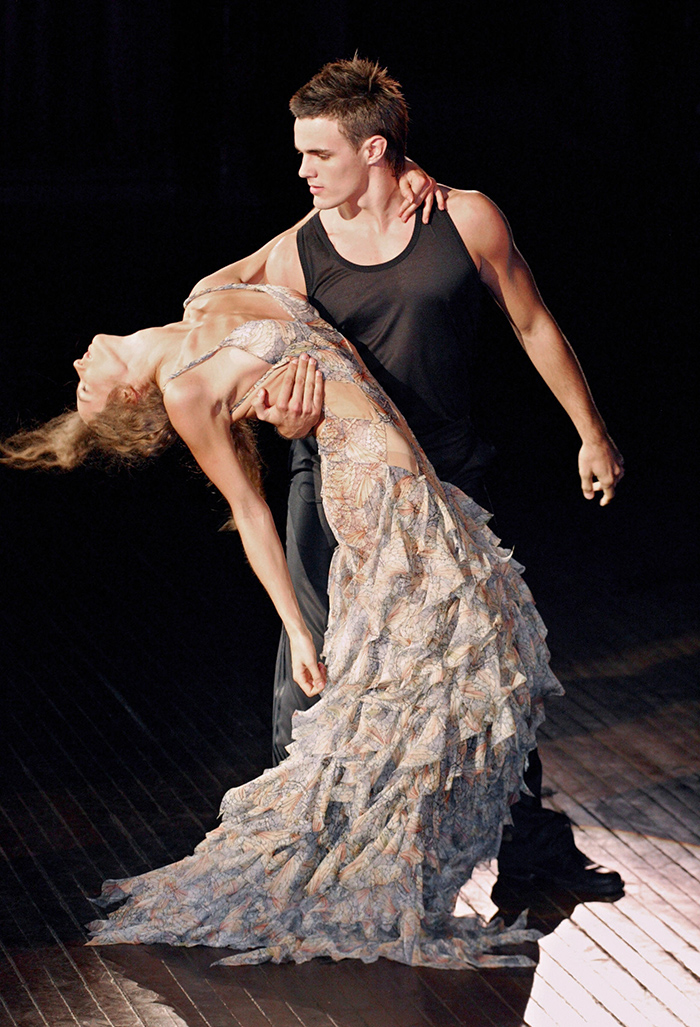 How do you work with people who may not have any dance training or experience?

Les Child: I work around the artists’ abilities and attempt to evoke their most interesting qualities; basically bringing forth their personality in the way they move.

You’ve worked with an incredible array of talent – are there any moments that stand out to you as being especially poignant?

Les Child: This a very difficult question to answer. There have been so many poignant moments in my career to name one particular moment is nigh impossible.

How do you feel movement elevates an image? 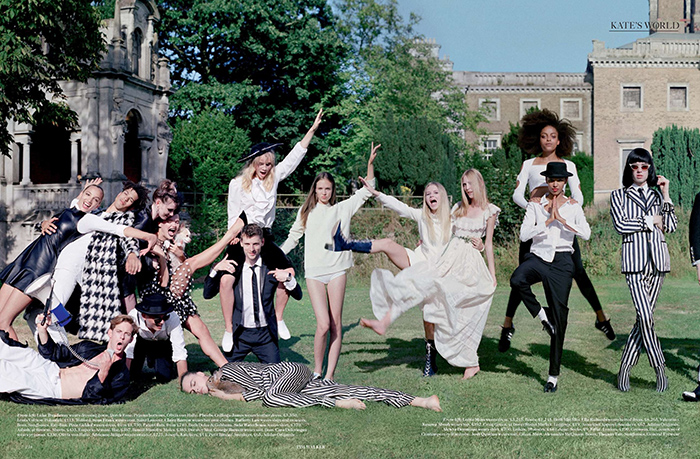 On The Street: London Collections AW 2015
NEXT