The one of a kind gowns take center stage during couture week, but each season a wealth of beauty trends emerge thanks to the unique looks that debut on the couture runways. Take a look at some of the best in beauty so far, from dramatic eyes to New Wave hair.

Pat McGrath and Guido Palau are always pushing boundaries and for Atelier Versace’s return to the runway the duo crafted a streamlined look that was as precise and exacting as Donatella’s graphic collection. McGrath’s futuristic take on the cat-eye blended black and teal shades into a dramatic winged shape. Palau’s hair was kept slick and simple – a high, tight bun with a few tendrils left spiky. 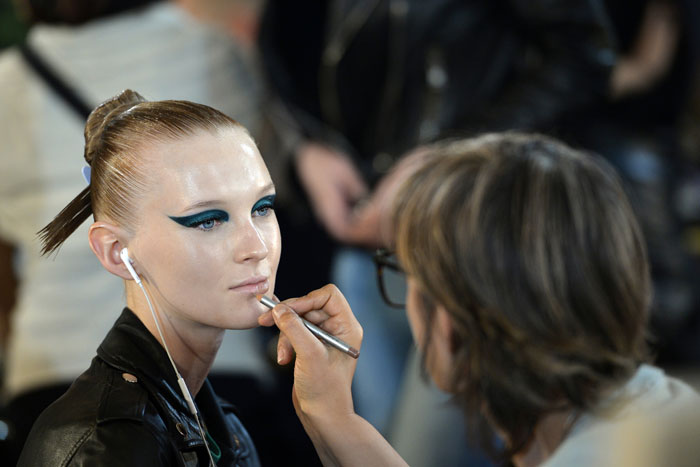 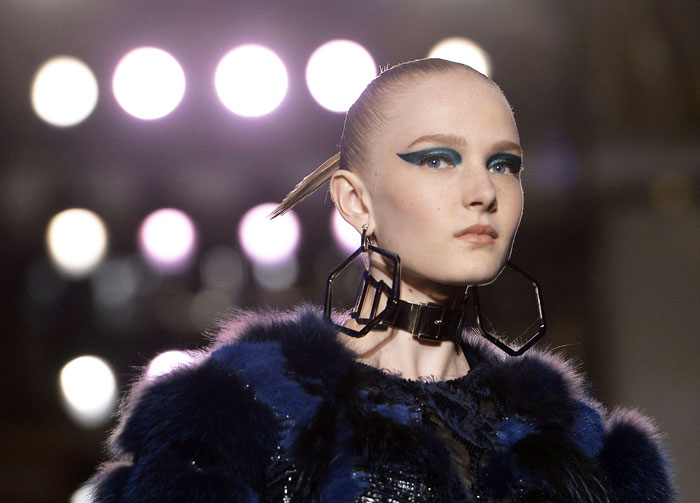 New Wave was on the mind at Chanel with Sam McKnight basing the look on a sketch by Karl himself of wild hair and bespoke hats. Looking to rock star coifs of 80s groups (think Flock of Seagulls, or Boy George circa Culture Club) and the original drawing, McKnight created a carefree tousled style that worked well with the collection’s array of bespoke hats. 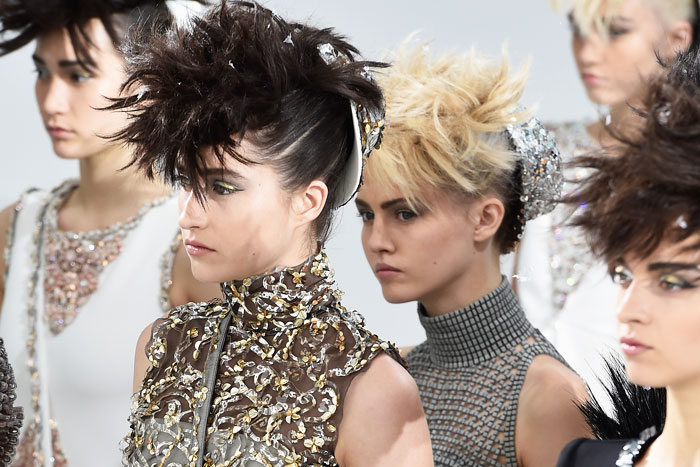 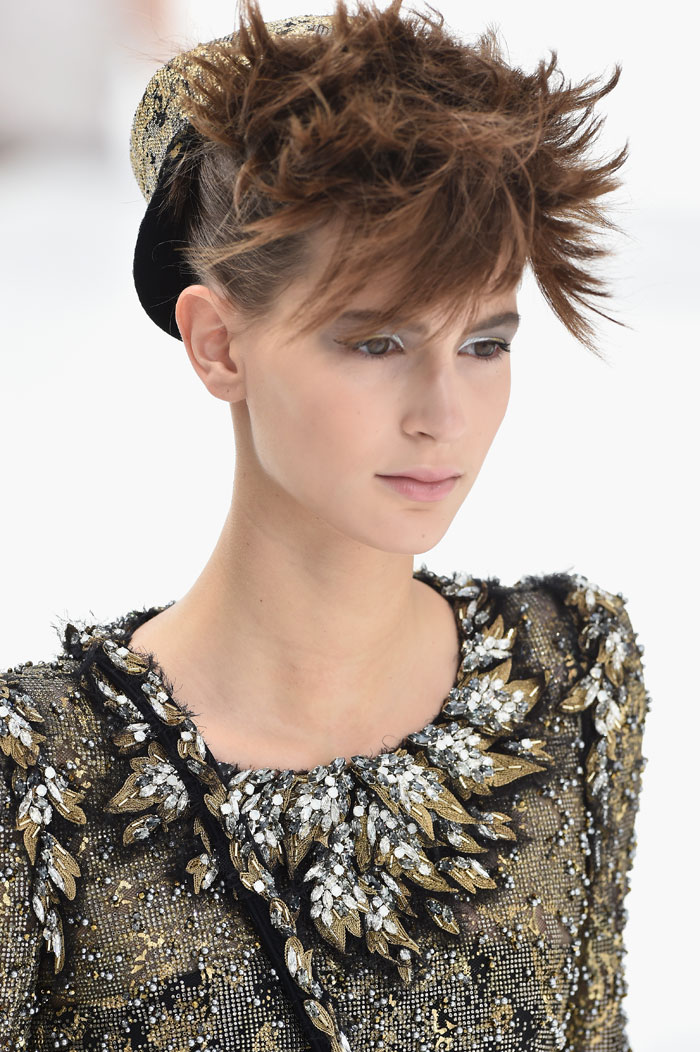 Who says couture beauty has to be over the top? At Giambattista Valli the look was low key and understated with models sporting perfect skin and just a hint of black liner. Val Garland provided the fresh look utilizing a variety of MAC Cosmetics products – MAC Mineralize Moisture SPF15 foundation and Care Blends essential oils provided the show’s signature glow. To take the just stepped out of the shower and into a couture gown look one step further Orlando Pita wrapped scarves and ribbon around the head of each model. 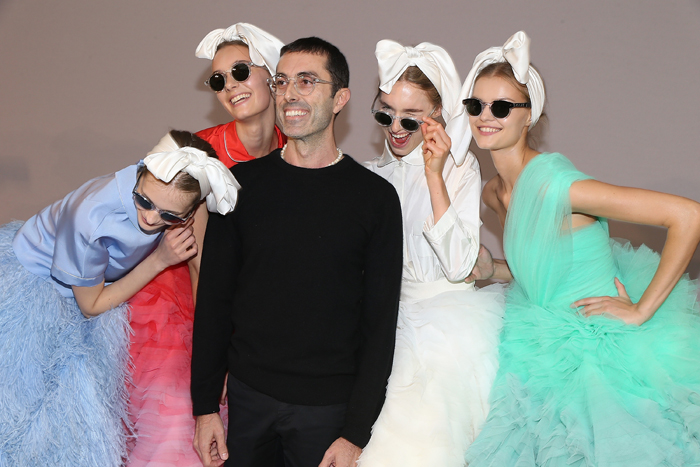 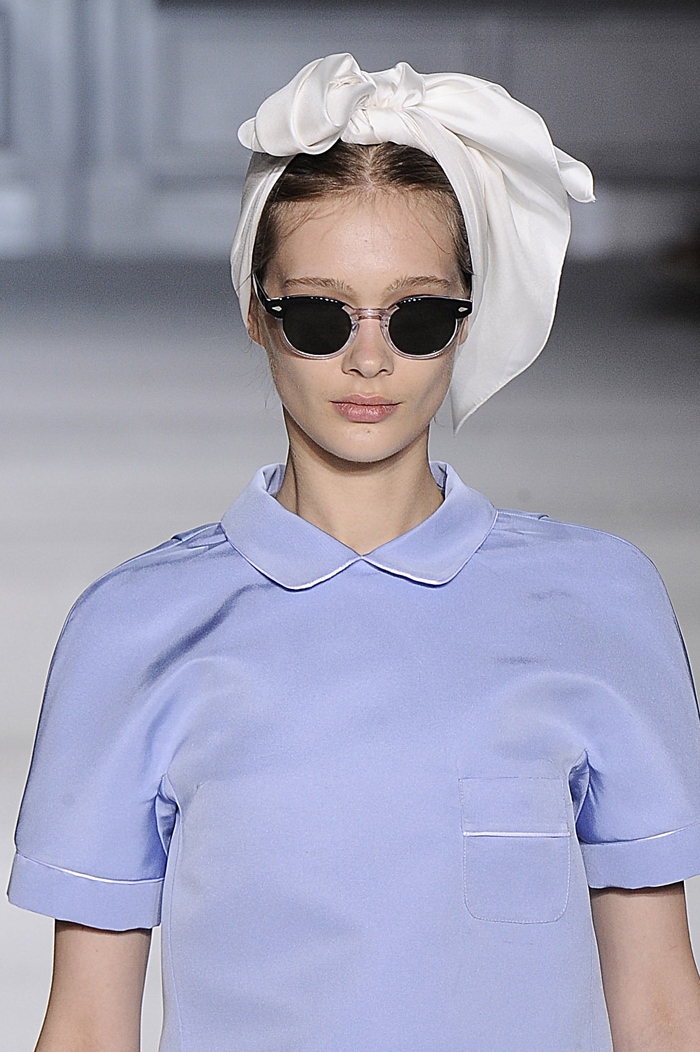 On The Street: Couture Day 1
NEXT

On The Street: Couture Day 2