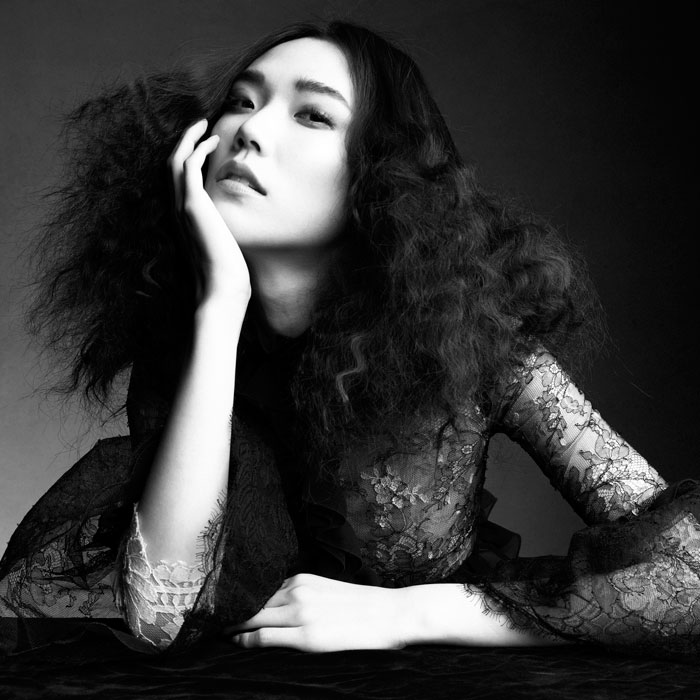 As a top tier model and rising star actress Tao Okamoto is used to playing a variety of roles, but her latest endeavor puts her in the hands of photography’s next generation. The exhibition – Tao Okamoto 15 at Hudson Studios, celebrates Tao’s 15 years in the business via a host of collaborations with innovative image makers. Names like Jeff Bark, Benjamin Lennox and Max Snow provide their unique interpretations of Tao’s allure, while Tao takes on the role of muse with aplomb. The exclusive images shot over the course of a year are set to be revealed next week and on the eve of their debut we caught up with the talented Tao to discover the story behind this special project.

How did the idea for this exhibition begin?

TAO: Well, the idea actually came about shortly after I joined The Society and was about to begin my press tour for The Wolverine. We were discussing my plans for the season and how much I had really loved the new experience of acting. The roleplaying involved in the craft and, of course, the overall collaborative tone of it gave me a newfound love for being on set and playing different characters for photographers. Based on this, the agency suggested doing something with a group of the most exciting photographers coming up amongst the new generation. The project would be a way to both expose them and also create a platform for that collaboration concept that I really wanted to play with more. I’ve always loved new talent and new ideas, so needless to say, my answer was a quick yes. This is how it all started! The fact that I was also about to be celebrating 15 years of modeling led to the decision to focus on 15 photographer teams participating in the event, and of course the name of the series Tao Okamoto 十五 ，which means Tao Okamoto “Fifteen.”

After 15 incredible years – what keeps the job exciting for you?

TAO: The excitement really comes from the transformative aspect of being on set in front of someone’s camera while dressed up as a whole other person. The hair, the makeup, the props, the lighting; it all makes me feel like I’m in another world and that feeling never gets old. Also, when I see the team get excited and inspired as we figure out the goal or mood for the day – I just love that feeling.

I know it is impossible to pick a favorite image, but if you can share the story behind one of the pictures featured in the exhibition that would be wonderful.

TAO: Every image has a very unique and special story, but the one with Jeff Bark was particularly interesting. He was incredibly excited about this, and we even had a little brainstorm meeting over the phone a month before the shoot. On the day of, I had just come back from Japan that morning and I got a phone call from my agent saying that Jeff’s car had been broken into by somebody and the makeup artist’s bag was stolen. You would think that the shoot would have been cancelled, but Jeff was still determined to make it all happen – so we stuck to the plan and went up to Jeff’s beautiful house in upstate New York…driving with his window missing the entire way! He put me in a bear suit in the woods, which sounds already quite extreme, but the shoot went really well. Afterwards, we came back to the city, and a few weeks later when the final image was ready, it ended up being quite unexpected! We all loved the result, despite the humor in the process of creating the photo. You will see at the exhibition what exactly he came up with.

What is it like to see so many different interpretations / versions of yourself?

TAO: When I heard I was going to be shot by 15 photographers, I was quite worried that they would end up capturing similar images of me and that the show would be a little repetitive. Amazingly enough, every photographer had their own unique ideas, and we never really had to adjust things in order to make the photos look different from one another. That’s probably a testament to their respective talent, and something I was of course thankful for when looking at all of the different versions of myself that they managed to capture.

What do you think will surprise people about this particular exhibition?

TAO: I would like to think the surprise would be the diversity that they will find amongst the work in this show. I also think that people will be surprised to find out I’m already celebrating 15 years of my career!

Can we expect a Tao 30 exhibition 15 years from now!

TAO: That would of course be amazing. I’m certainly looking forward to celebrating something 15 years from now…who can say what, but it’s always good to have a goal that keeps you in shape along the way! 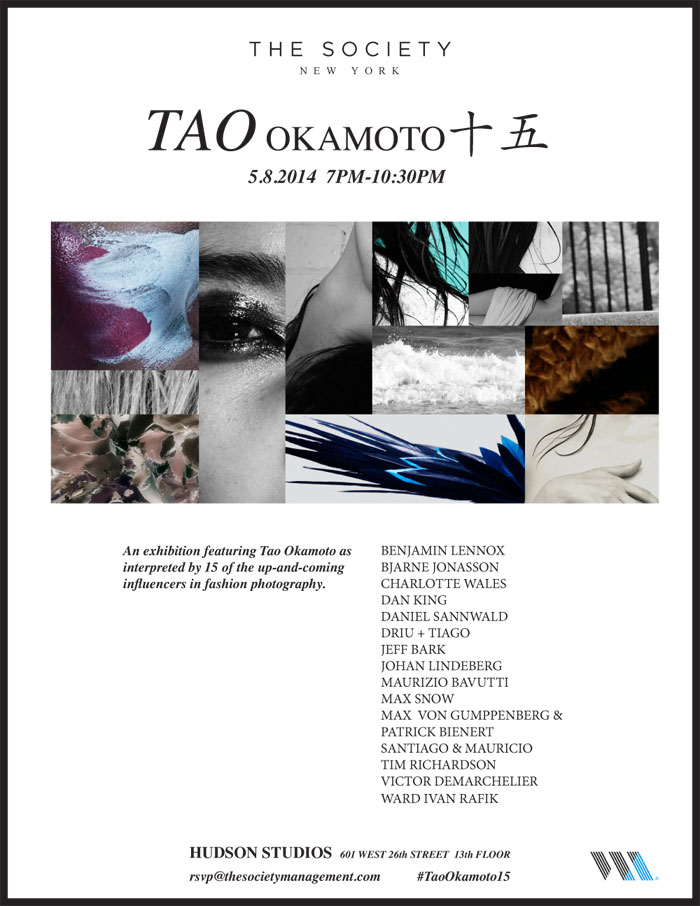