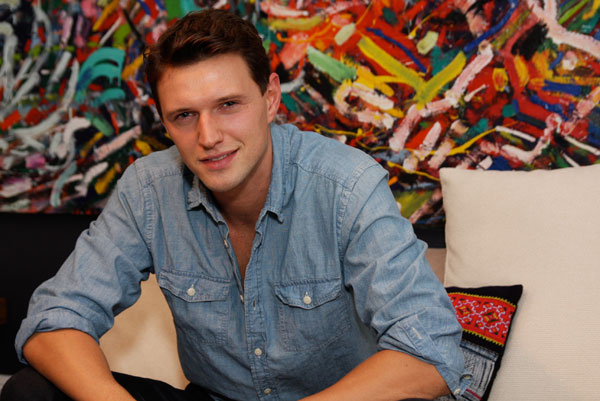 Though he is known for being one of the world’s top male models, Sasha Knezevic is a true Renaissance man. From his days as a professional basketball player to his high-profile career as a model, Sasha has never shied away from new challenges. With his latest venture, the relaunch of 25 Magazine, Sasha enters the intrepid world of fashion publishing and as with everything else, he brings his determination, fearlessness and unique perspective to the table. Described as “an international magazine with an Austrian soul”, 25 features some of the industry’s premier young talents; the upcoming Spring issue will feature heavy hitters like Juergen Teller, Lachlan Bailey and Victor Demarchelier as well as superstar models, Eniko Mihalik, Sasha Pivovarova, Maryna Linchuk and Abbey Lee Kershaw, just to name a few. With Sasha as editor in chief and supermodel Anja Rubik as fashion director, 25 already boasts the kind of star power most publications dream of, but at its heart is a fresh and youthful point of view. While the official relaunch of 25 doesn’t hit stands until February, a taste of what’s to come can be found in the latest issue, on the eve of its release MDC caught up with Sasha to find out more about this exciting project.

V LOVE U JUST THE WAY U R