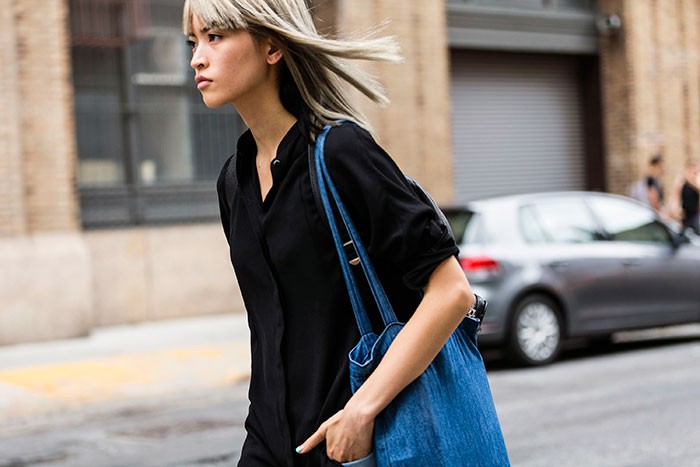 Photo by Melodie Jeng for Models.com

Up-and-comer Marga Esquivel has been able to keep the momentum going after a stellar debut for the Gucci and Marc Jacobs cruise collections this past summer. She’s gone on to walking again for Gucci’s S/S 16 showing along with numerous other appearances at Topshop, Philipp Plein, Sibling, Sophie Theallet, and others. We spoke to the the silver-tinged maven before her fashion week season began to discuss her budding career, ambitions, and how she stays grounded with her hectic schedule.

How was your experience walking for Gucci, Chanel, and all these big shows?
It was all fast! I didn’t expect Gucci to put me on the scene. I thought that I would have to go back to really trying to put myself out there more, but I feel really happy that people have picked up on it. I’ve had a really good response and things have just been happening really fast and I’m just trying to catch up!

Big thank you to @gucci for my first ever show in Milan. Lots of love to #alessandromichele and @barbaranicolicasting. Also to @patmcgrathreal for making me look beautiful!! #gucci #milan #ss16

Yeah, for sure! Obviously fashion week is coming up, are you going to do the full show season?
Yeah, it’s my first!

Wow, and how are you feeling? Are you nervous, excited?
A little bit of everything. I’m nervous, but I’m also really excited for what’s to come.

So where are you from?
I was born in the Philippines, and then I moved to California when I was 7.

Oh I get it, you have a cool Cali side. I feel like you are really able to pull off that aura. Who did your hair by the way?
Well I’ve had my hair done by a mix of different people. I had Dani Moon do it for me in LA, and then I had Aura (Friedman at Bumble and Bumble) do it here in New York. I feel like it is somewhat my natural color now because I’ve been so used to it. I don’t feel like I need to pretend that I am some person I am not just because I have different hair color.

How has the response to it been as far as castings and stuff? I’d hope people would just be like “yeah it’s cool” but has there been any resistance
It’s definitely a shock factor. There is never really an in-between, it’s either you like it or you don’t, so it’s on either end. Mostly positive.

Did you travel outside of Cali, or did you do a stay-cation?
I just did a stay-cation. I was supposed to go hiking with my boyfriend in Montana because he is from there, but unfortunately he got sick so we had to cancel the trip. Maybe after fashion week we’ll make the trip out there.

How does your family feel about you modeling?
They’re excited! My mum has always wanted me to travel and see the world, so she is always texting me, every day, she is trying to live through me I guess?

Another look from @Gucci. Maintaining the realness and individuality #makeupbypatmcgrath #gucciss16 #MFW

You said you’ve obviously been traveling for work. What has been your favorite city to visit?
I love Paris. Some people hate it because it’s so slow, and there isn’t much to do, but I really like it. I have friends there, so it’s always nice to see them, and I always have a free place to stay there.

And it’s a beautiful city! All the fashion!
It’s gorgeous. I love taking photos there! Paris is always a good idea!

As far as photographers, who have been some of the best that you met or worked with? Whose vibe you like the most, who is the easiest to work with?
I had a go see with Steven Meisel and it was crazy. I wasn’t expecting him to look like what he looks like. I didn’t try to google image him before or anything. He seems very to himself, but also has this presence. There is a cloud of mystery around him. He is a very intriguing character. I love his photographs. He is definitely one of my heroes in photography. Every time he does a photo shoot it tells a story, and I’m super into that. It was amazing!

So that’s who you met, how about who you have worked with?
There are just so many. Thomas Lagrange recently? He is very very elaborate but he was so nice, and he is very good at giving direction, very encouraging. I really liked working with him.

I’d love to work with Steven Klein, because his lighting is crazy, it’s sick. Tyrone Lebon, Harley Weir, I really like that artsy, not so made up, things that are more candid but with trippy lights.

When you did Chanel, how was it, working with Karl? Was he personable, or was it so hectic backstage?
I was so nervous! Everything was hectic backstage, but I remember during the fitting, he was just checking to see all the clothes on the girls, and Carine Roitfield was there so they were just there together. It was crazy! I remember I walked out and that was it! I think it’s my favorite experience from modeling so far.

So what are you excited to do next? If you could have your next dream job, what would it be?
I’m taking it day by day for now. I’m trying not to set expectations for myself for now, because with expectations there are some disappointments, so I would rather be surprised!

What are you doing to prepare yourself for show season?
Sleep! Yesterday I had a shoot and a bunch of castings and I was falling asleep on the train! My booker told me I need to learn how to take cat naps – be able to sleep while I’m sitting up! I am drinking so much water, staying hydrated, trying to eat well, I always try to bring snacks. I am vegan so I always have my little lunchbox! I’m trying my best! 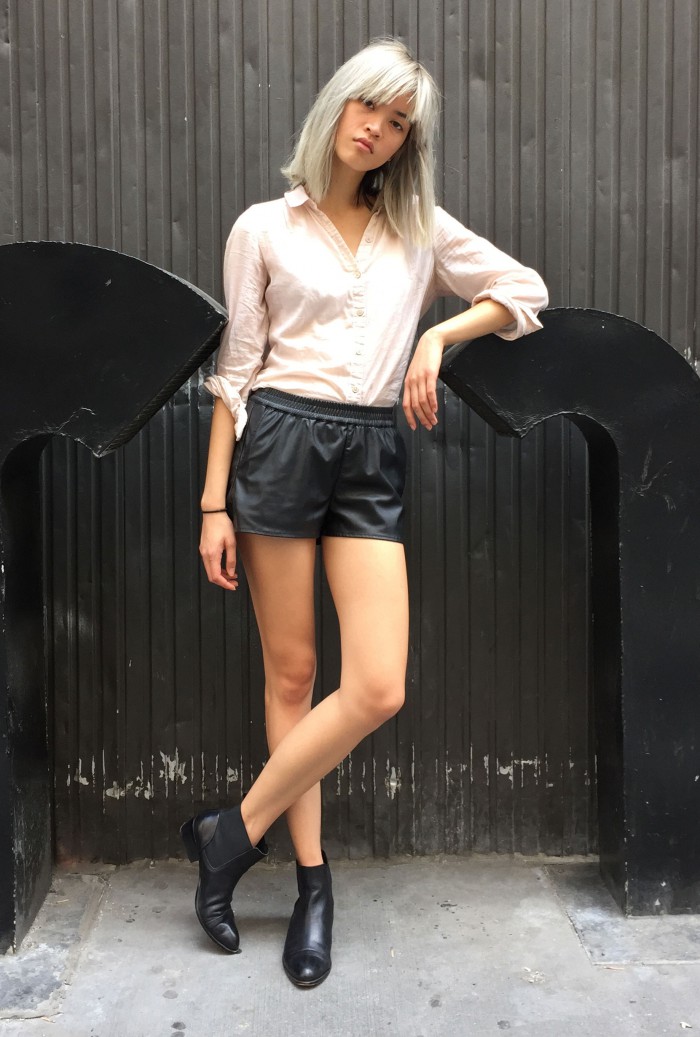 Photo by Mitch Ryan for Models.com