Awards shows are the domain of Hollywood’s elite, but models are making their impact on the red carpet. At last night’s Golden Globes Cindy, Naomi, Cara and more made their presence felt in show stopping dresses that landed them right at the top of the best dressed lists. 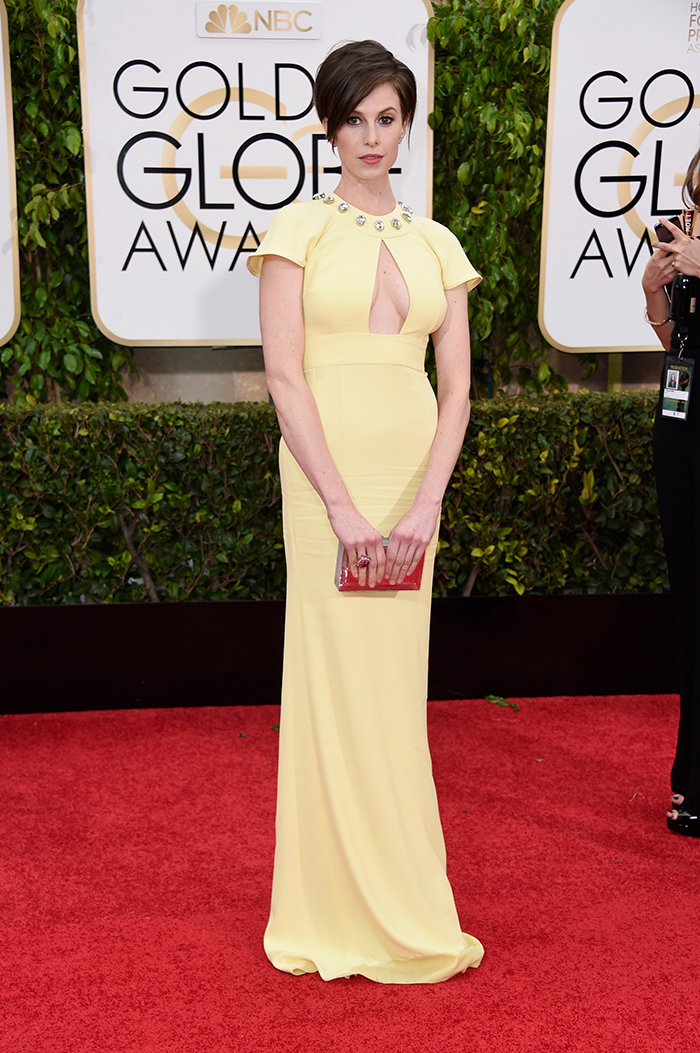 Once a supermodel, always a supermodel – Cindy’s sapphire blue Versace number was a ravishing and classic take on old-Hollywood glamour complete with Rita-Hayworth waves and a glittering clutch. 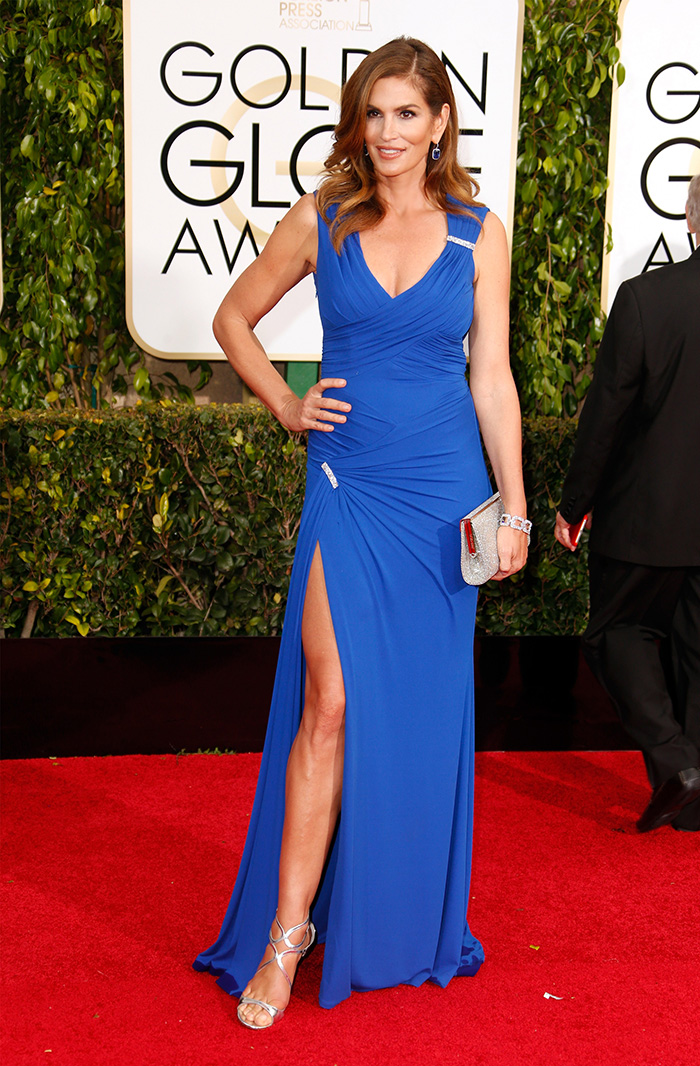 A canary yellow showstopper from Escada sets Emily apart from the pack and amps up the elegance factor. 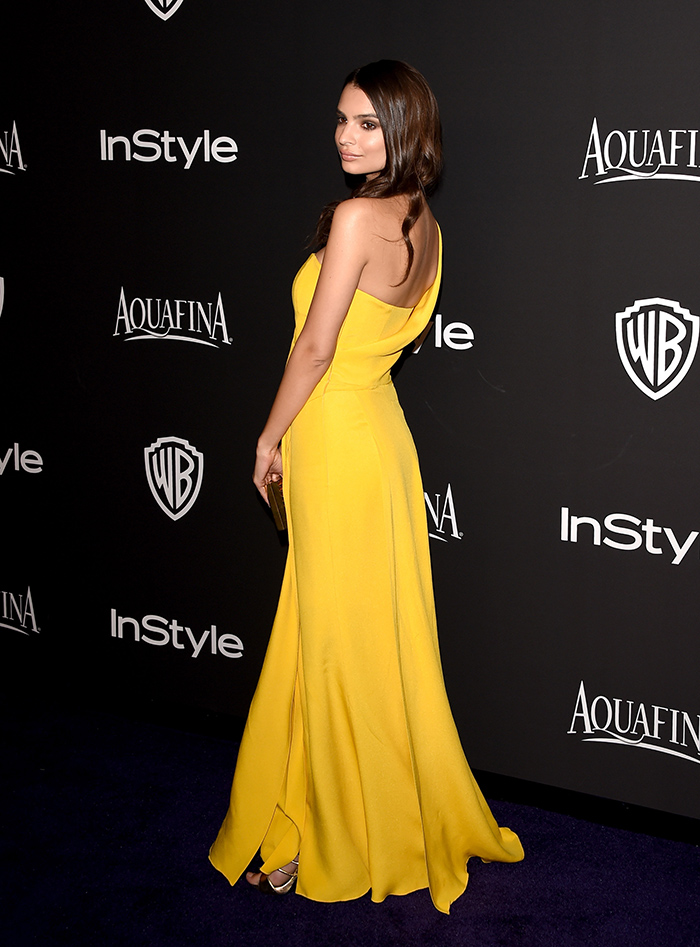 Chanel sparkles in Zuhair Murad’s silver and black gown, which hit all the right notes including the evening’s metallic trend. 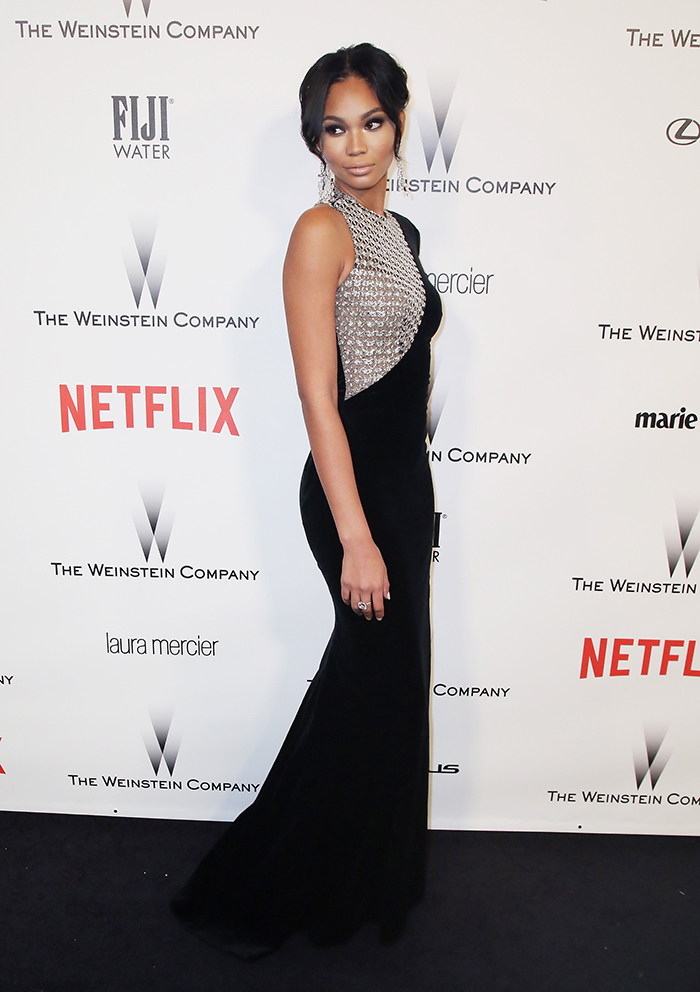 You might remember Cara’s Mugler dress from when Georgia May Jagger wore it back at the Met Gala, but Cara looks every bit as lovely in it as Georgia did and adds a bit of personalization with her layered initial necklaces. 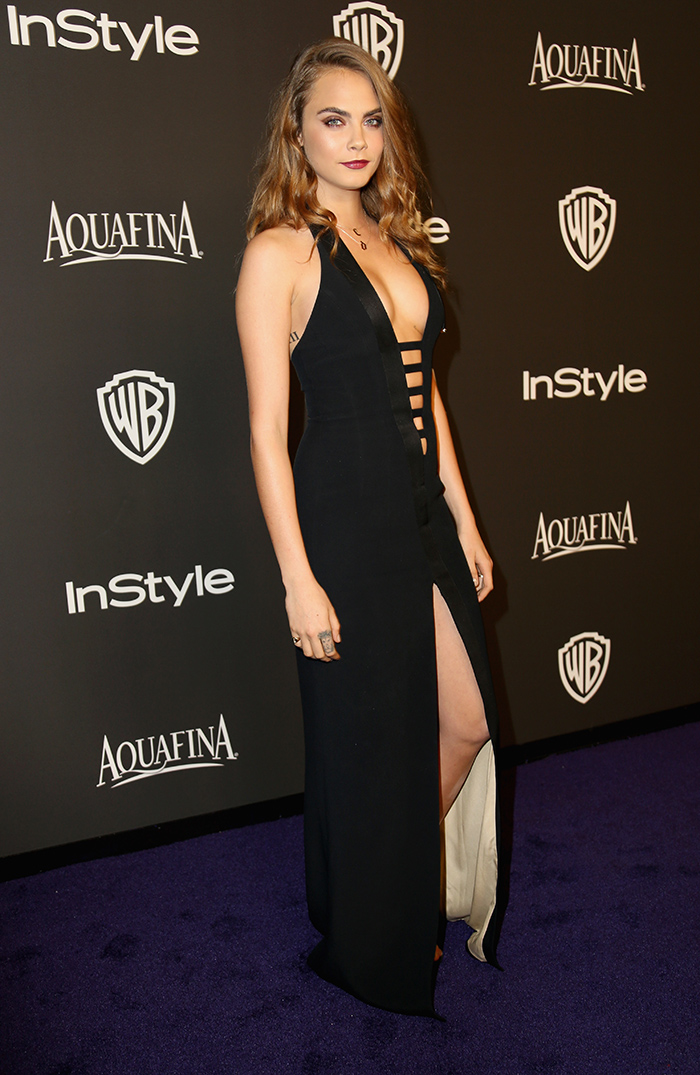 On someone else a pastel pink, embellished gown would seem a little too frou frou but Chrissy makes it modern with sun-kissed makeup, a sleek clutch and plenty of diamonds. 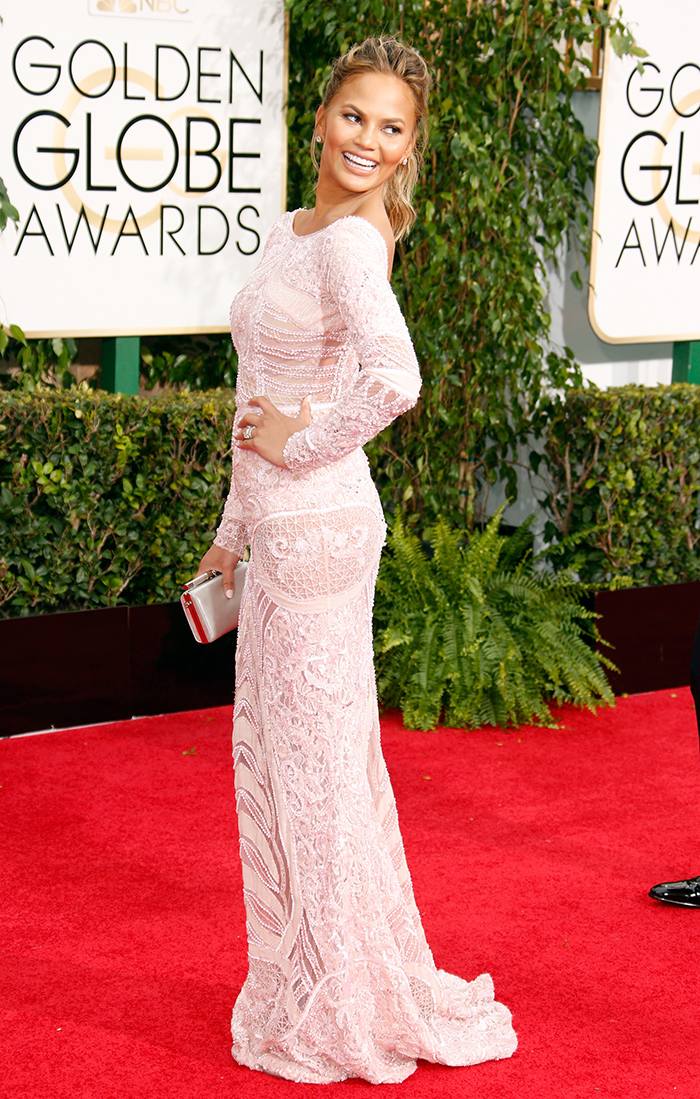 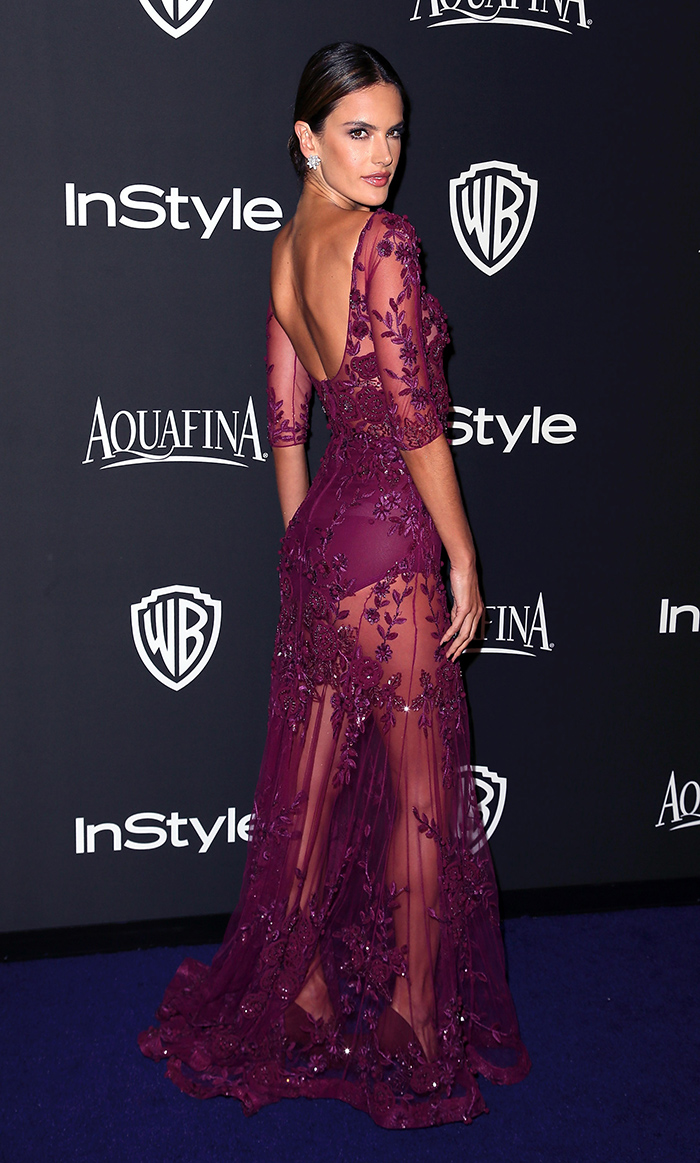 No one does it better than Naomi and in a feathered custom look from Burberry she’s every inch the supermodel. 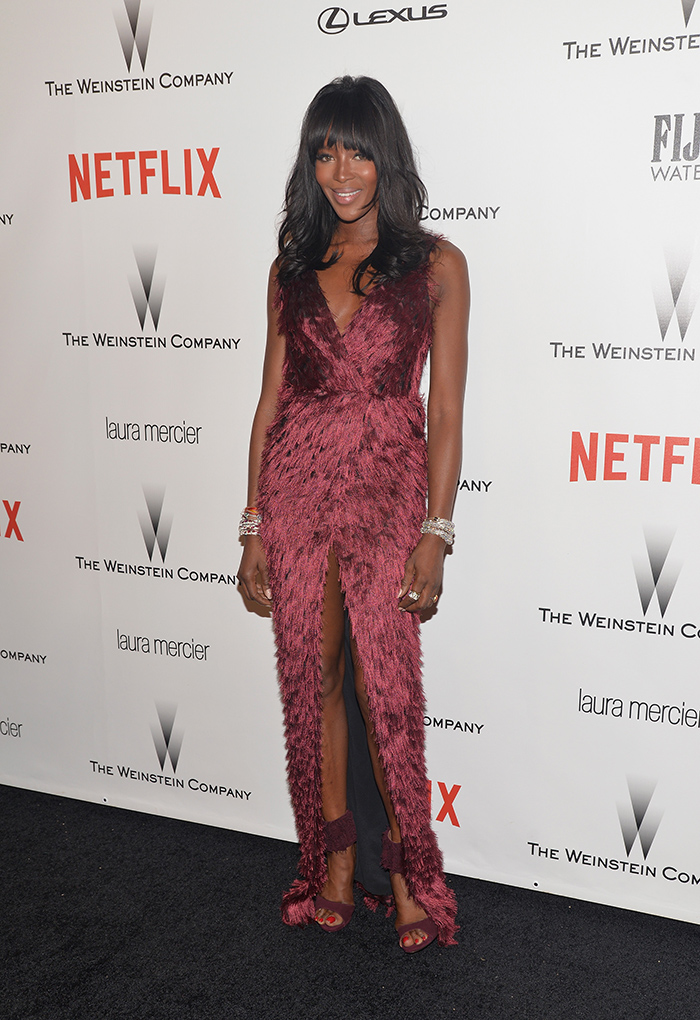 On The Street: London Collections AW 2015