Take a look back at what made the Spring/Summer 2015 season memorable for some of our runway favorites. 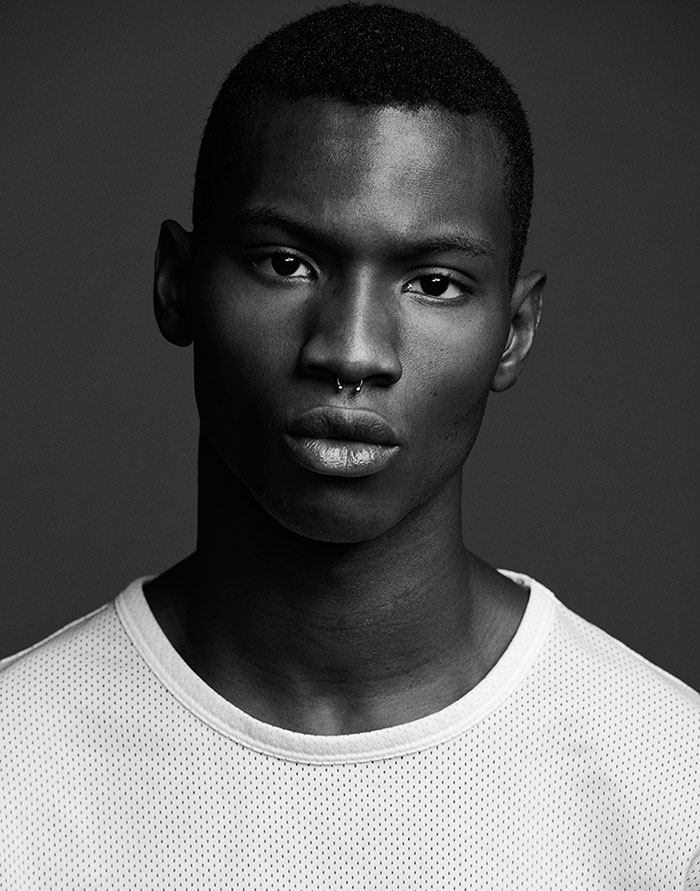 MEMORABLE MOMENT: I went to London to do castings and did well. Then I went to Paris to do castings. Two days into Paris castings somebody stole my passport, so I was stuck in Paris for the whole month. I was literally stuck in Paris for 30 days without any way of leaving. I got revenge because I got to do 12 shows in New York. So whoever stole my passport, “In your face!” 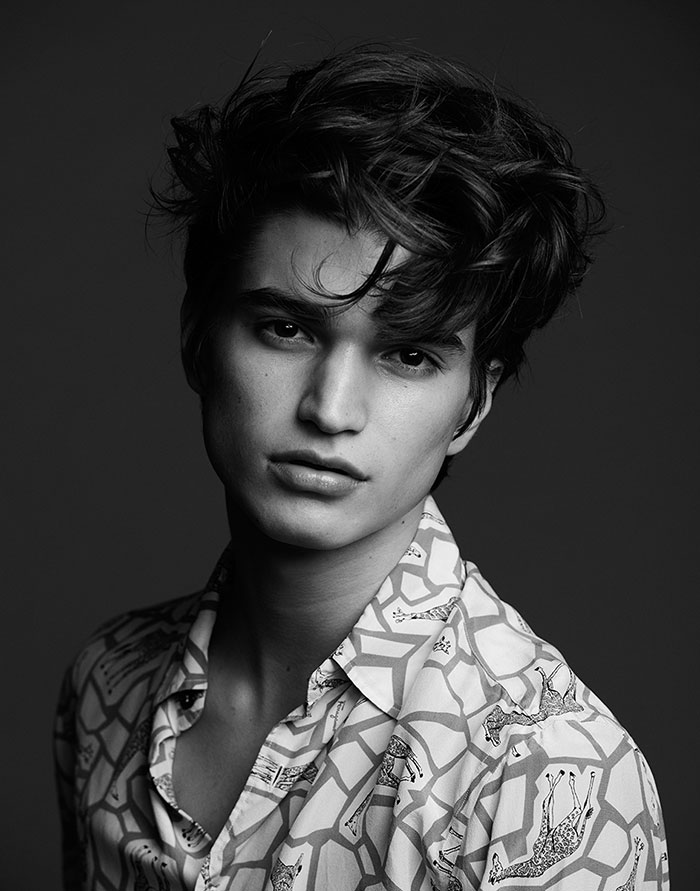 MEMORABLE MOMENT: My favorite moment was, without hesitation the Betsey Johnson show. It was the best show ever; the best show I’ve ever done in my whole career. I love Betsey. She has so much energy. I went to the fitting before the show, and I was feeling bad when I arrived but I left my fitting with a smile and ready to do all the rest of my castings and fittings because of her energy and happiness. On the day of, I had fun backstage. I had fun during the show. I had fun after the show. Because of the marriage theme I felt like I was in a real wedding during the show and it made me want to kiss Eli [Hall]. So right as we were exiting the runway I gave him a big kiss. I was so happy and feeling so in character and in the moment. I was really thinking it was my wedding, so I couldn’t control it. I’m sorry Eli, but I had to do that. 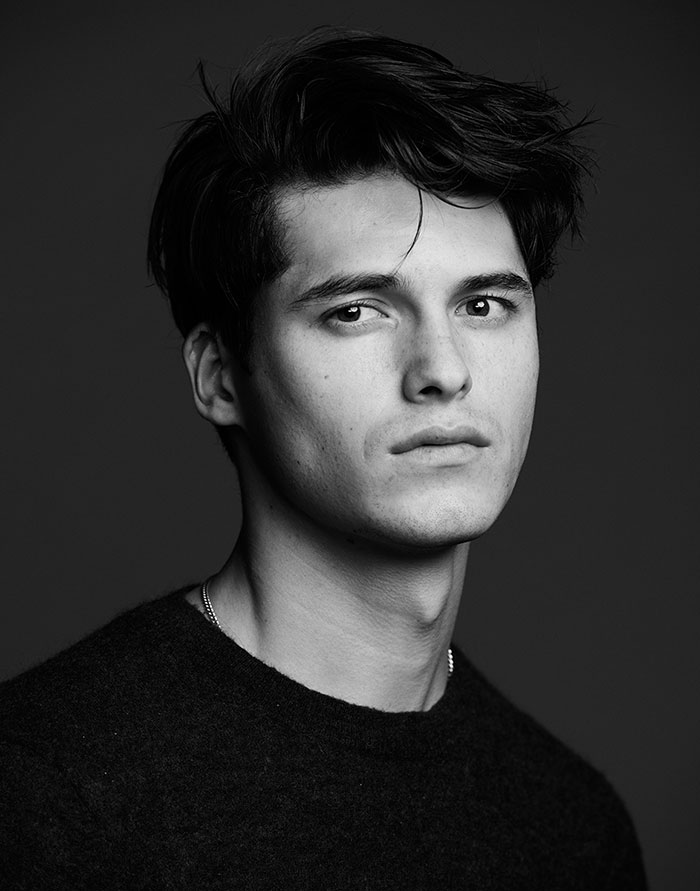 MEMORABLE MOMENT: My memorable moment of NYFW was the Fashion Rocks show at the Barclay’s Center. It was great to be there with all the musical stars, the TV production, and behind-the-scenes! Such an awesome experience! 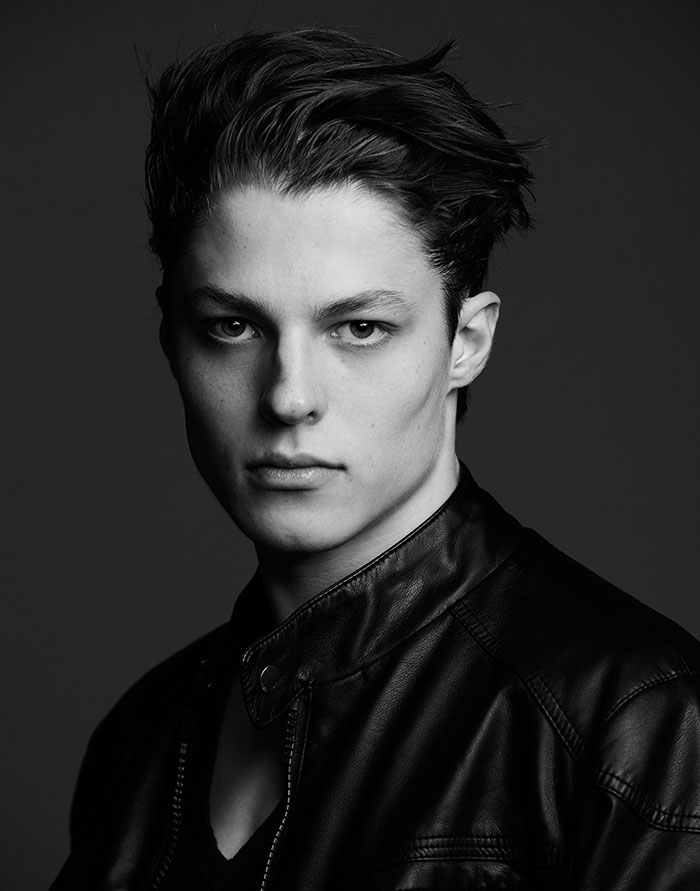 MEMORABLE MOMENT: My very first show was Z Zegna. I’ve never seen a real fashion show before and being in one was a really cool experience. I remember when I rounded the corner to where all the photographers were at the very end of the runway. I was not expecting to see that many people out there. 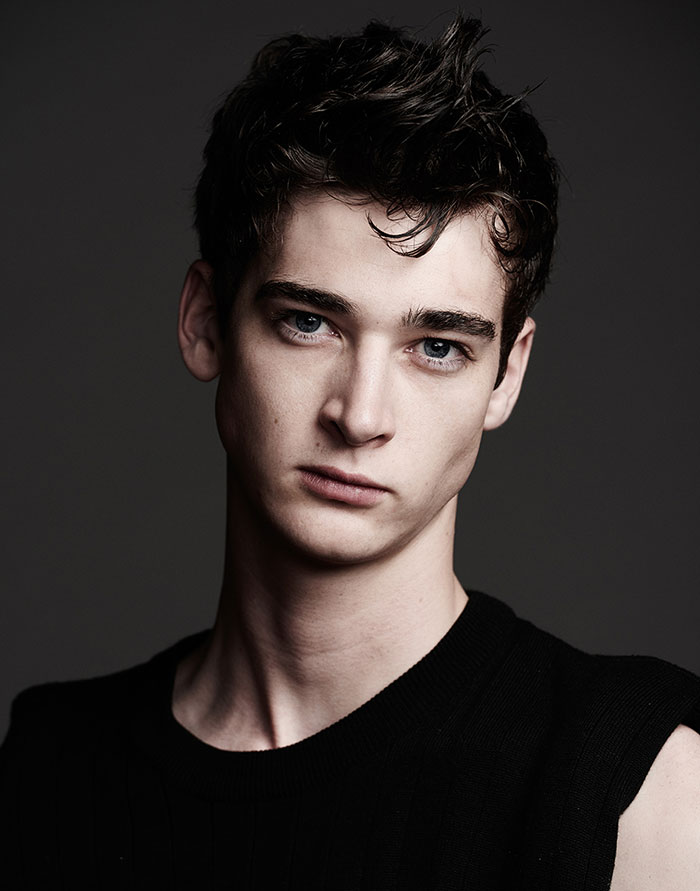 MEMORABLE MOMENT: It has been an amazing season. One of my best moments was in Milan during my birthday, but I didn’t have any time to celebrate it. My friend Frank who normally goes to bed at 8PM put on a party-hat and hid behind the door until midnight to surprise me with a birthday cake and balloons everywhere. It was just amazing to have my friend there with me making this effort in the middle of fashion week when you are running everywhere and forget about yourself. Thanks Frank! 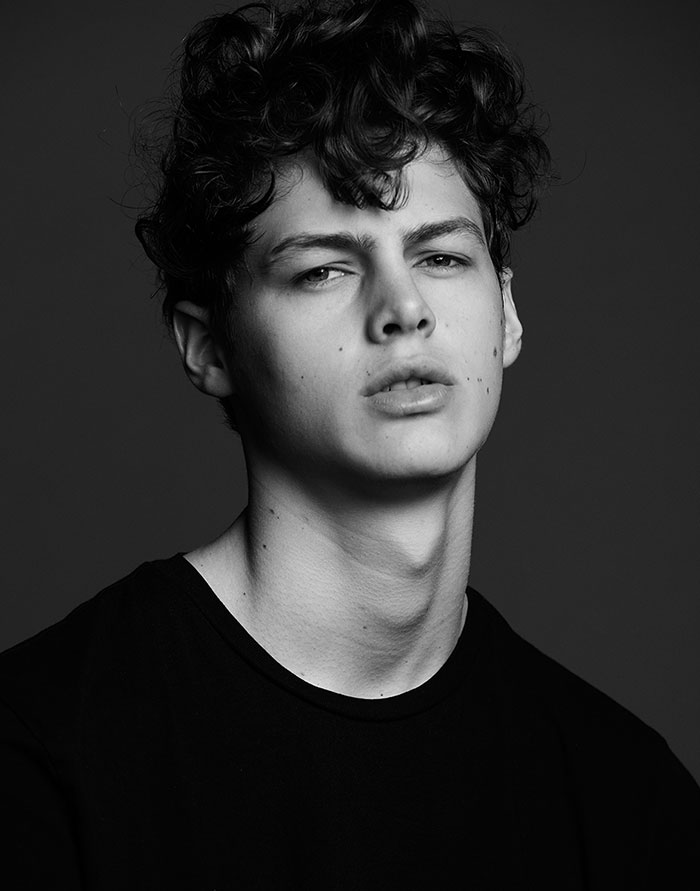 MEMORABLE MOMENT: My memorable moment was being able to walk Louis Vuitton again because it’s a big pleasure. It’s the only brand I actually knew before I started modeling. I had no idea who any of the other brands were. So it was quite funny for me to be able to walk for the one designer I knew. 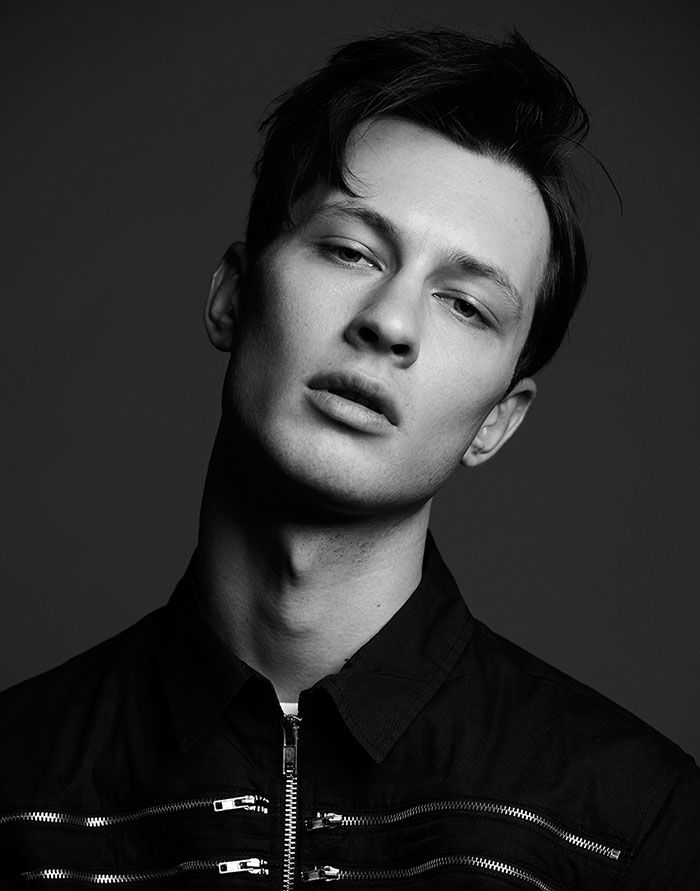 MEMORABLE MOMENT: Each fashion week is remarkable in its own way. On the surface it may all sound the same, but on the other hand, each experience is like a new page of an adventurous story underscored by rock-and-roll music. The castings are like a battlefield, but I use the time during fashion week to see my friends who I might only be able to see once, maybe twice a year, if I’m lucky. Fashion is cruel; survival of the fittest. Those glamorous 20 seconds we spend on the runway sometimes makes people forget how hard we are working to achieve recognition. Last season I took up a big challenge and was lucky enough to sweep across 6 Fashion Weeks in one season – London, Paris, Milan, Barcelona, Berlin and New York. My work ethic? I am an absolute workaholic! I can’t sit at home all day on my butt doing nothing. For me, work is happiness. No matter what the outcome, I know I’ve done the best that I’ve could. I always hold my head up high and am pleased to hear the people I work with say, “Great job, Dima!” That’s all I need. 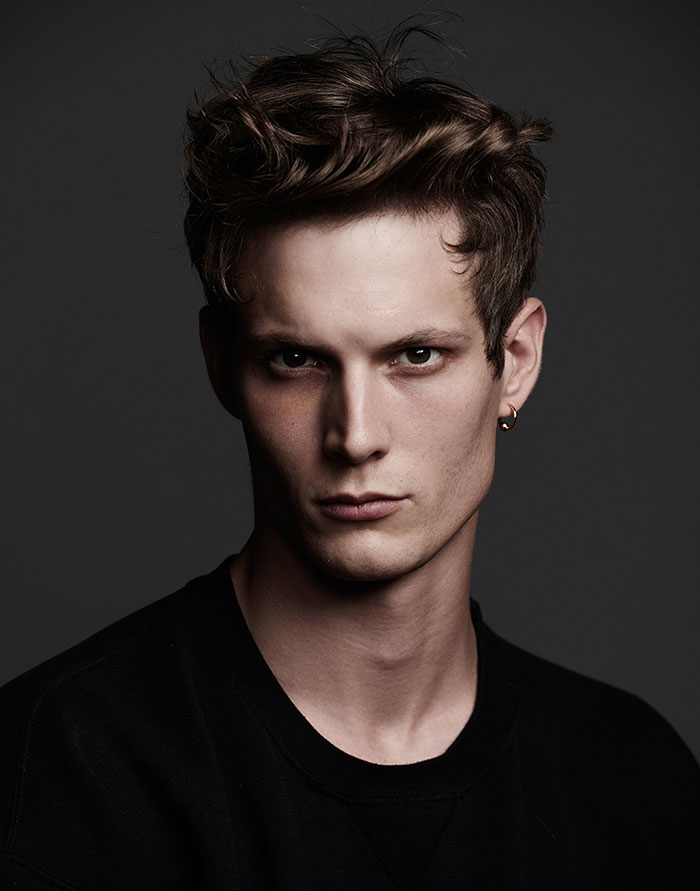 MEMORABLE MOMENT: My most memorable moment would be the time when all the guys went to go see the Britain vs. Uruguay football game. It was really intense because all of the English models decided to meet up in a bar in London and everyone was getting really drunk and screaming. The bar owner was going nuts because you had around 50 English male models screaming like nutjobs. And we had an air horn and they’d blow on it and scream “England.” They knew all the supporter songs by heart. They were singing them out loud and breaking everything. And whenever England scored they blew the whole bar down. Everyone was jumping around, breaking stuff, tables were flying, and bottles were everywhere. They wrecked the whole bar. And when England lost all the English guys started crying and running in the streets, which was really intense. I was the only French guy there, so that was the funny part. 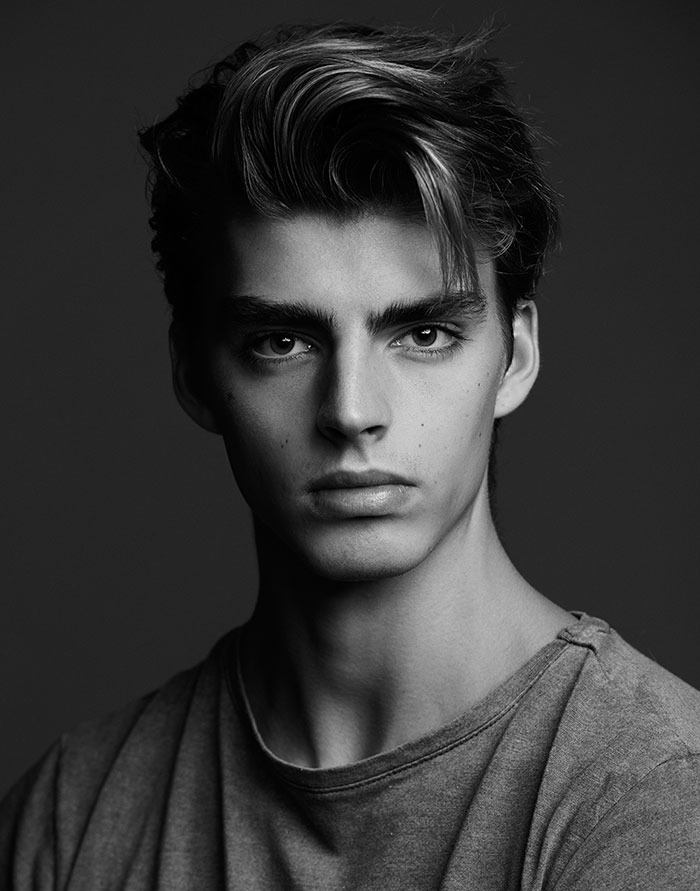 MEMORABLE MOMENT: I was working all week for Versace during fashion week, and we didn’t get to spend any time in the city. Suddenly, one of the models announced that the campaign came out in the stores. So Filip Hrivnak and I went really quick outside to see it. The moment when I saw my photo in the storefront window was such a cool moment for me. Hopefully there are more windows to come! 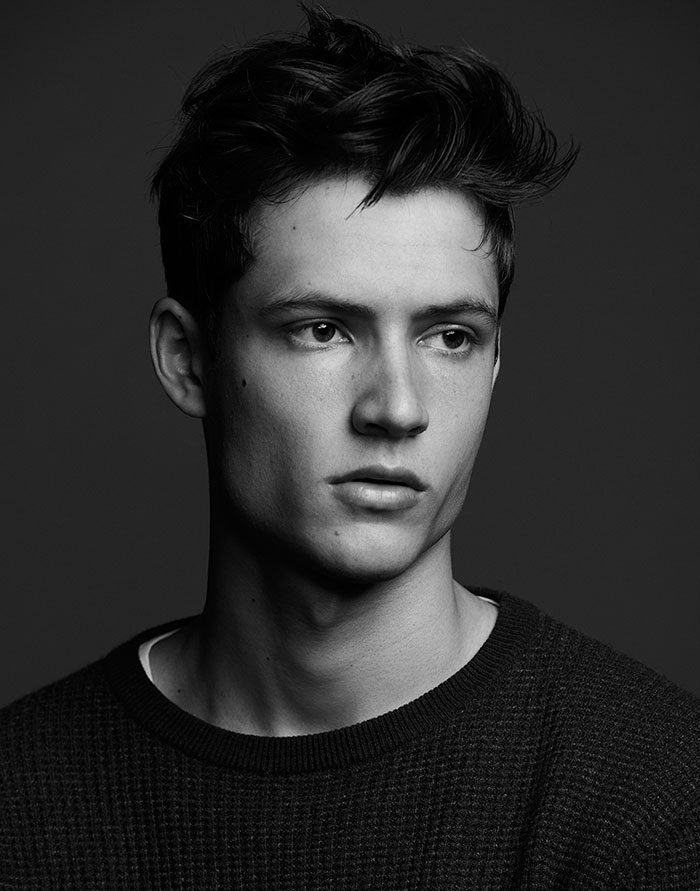 MEMORABLE MOMENT: My memorable moment was when I did the Gucci show again in Milan. Last season, back in January, I had to take a break to do military service in Austria. I wasn’t sure how things would be when I came back to do the shows. Doing the Gucci show and being part of the atmosphere there again was amazing for me. 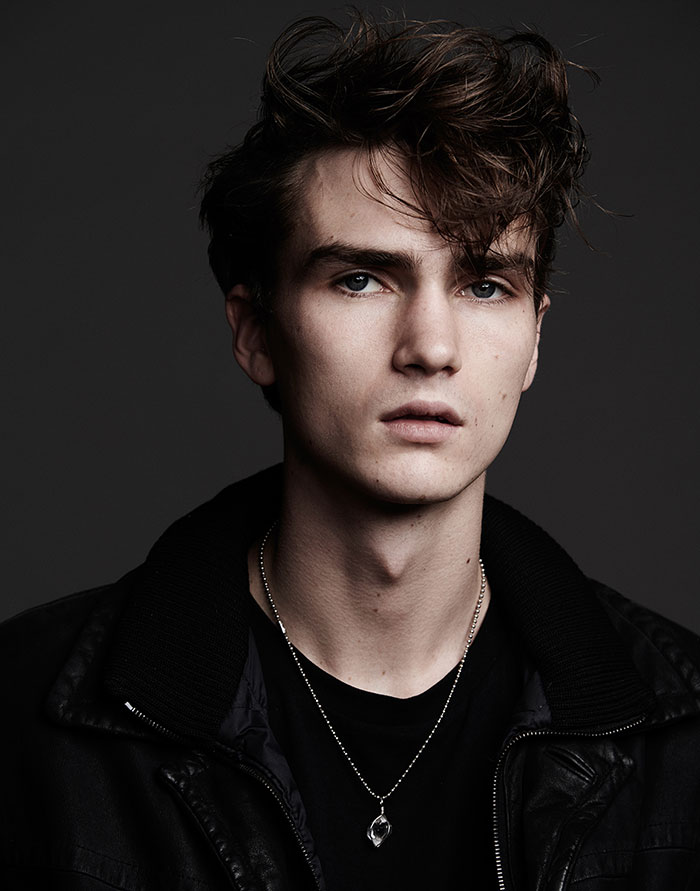 MEMORABLE MOMENT: This whole fashion week was pretty memorable for me. I came to New York from Burning Man, hitchhiked to the airport, and flew into New York with no i.d., no phone, no money, no place to stay. I had one bag of clothes with only crazy Burning Man costumes. I got here and had a message saying there was a hotel booked for me, so I had a hotel to stay in my first night. Then luckily my friend Paul Boche put me up in his place. I was lucky enough to have a check come in that got me by for the first few days. But I’ve been bouncing around everywhere not knowing where I’m going to be this whole time. Definitely a complete 180 from Burning Man. It’s been a wild ride. 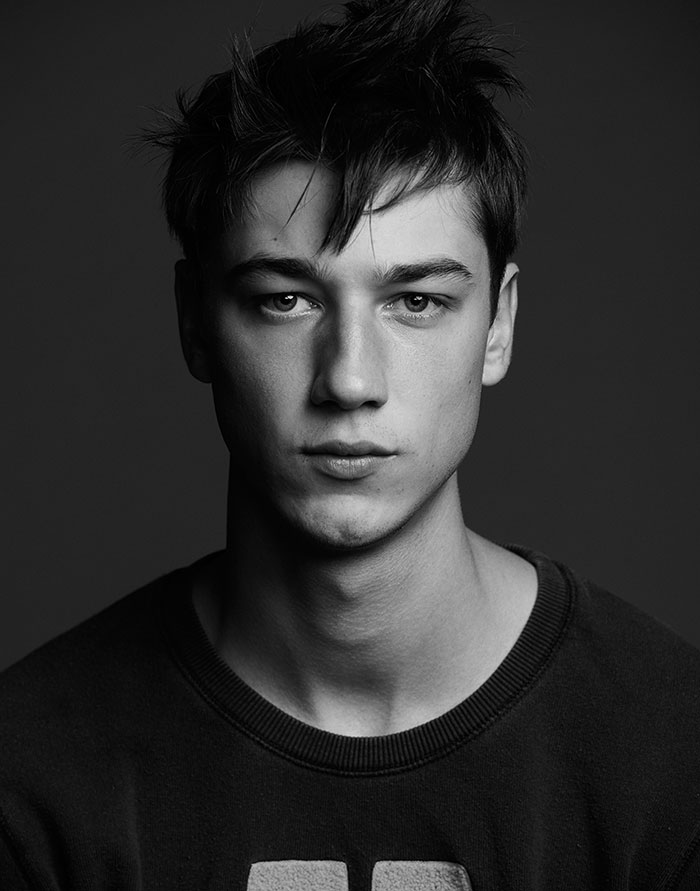 MEMORABLE MOMENT: My most memorable moment would have to be in Milan walking into the Philipp Plein party after meeting 3 gorgeous girls in the queue. We headed off to a bar, came back to the party, and convinced the security guards to let us through the back to skip the exponentially growing queue. Being with three of my best friends, the sight of the pulsating crowd, the outrageously loud music, and the ginormous swimming pool created a moment I’ll never forget. 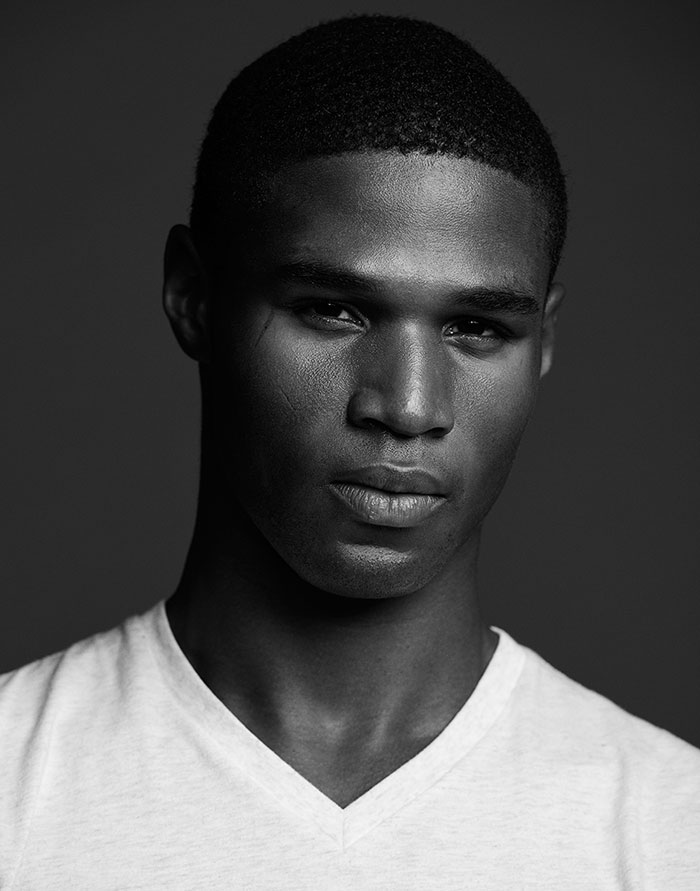 MEMORABLE MOMENT: We had an early call time for DSquared2 so everyone was tired. After a couple of espressos a camera crew came in and asked to interview Salieu, O’Shea, Yu, and I. Yu spoke very little English at the time, but he just clicked with us as we joked around and laughed hysterically, not really answering any of the questions the interviewer asked. I doubt they ever showed the footage but it was a moment to remember for sure. 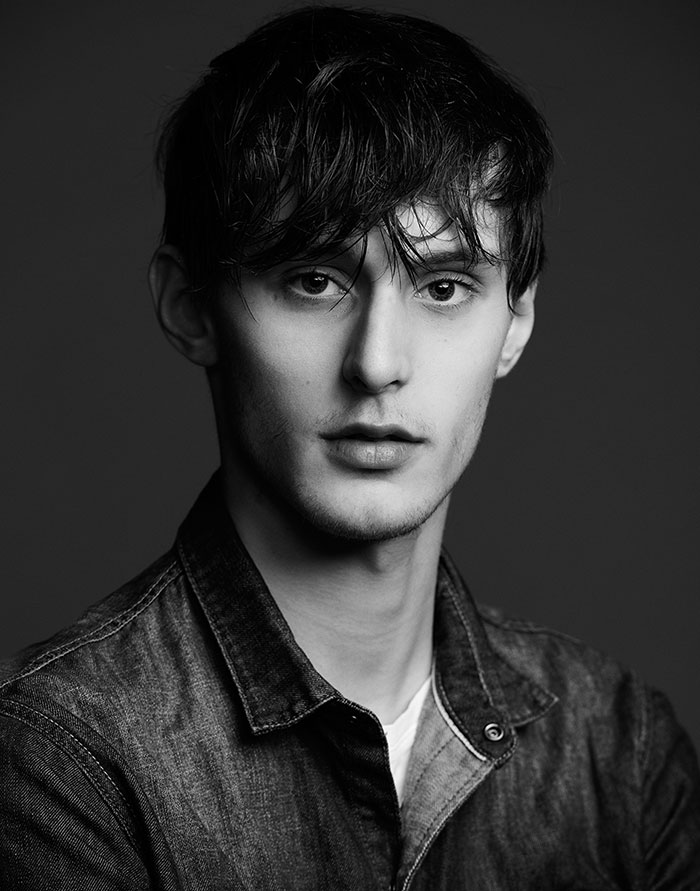 MEMORABLE MOMENT: It’s hard choosing one memory from the SS15 season because it’s such a great experience to be a part of. However, my favorite memory is of the Paul Smith show in Paris. It was perfect to end the season with such a great show and good friends.