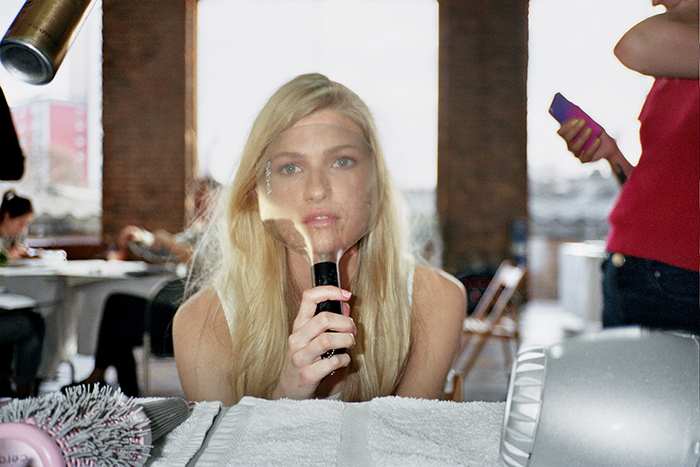 Armed with a camera, a degree in photography from Bard and a knack for capturing ethereal moments behind the scenes Louise Parker is making a name for herself in front of and behind the camera. Fashion followers know Louise from her modeling work in the pages of mags like Dazed & Confused & V Magazine and on the runway for brands like Dior and Saint Laurent Paris, but she’s also a gifted photographer. Louise’s photographs offer a glimpse into the lives of models and a candid perspective on a business known for its artifice. Though her modeling schedule is busy Louise always makes time to bring her camera and capture evocative shots of her fellow models, the ambiance backstage and a few self-portraits for good measure. With an upcoming stint documenting NYFW for New York Magazine Louise kicks her photography career into high gear – MDC caught up with the multi-talented beauty to talk film vs. digital and what drew her to the other side of the camera.

When did you start taking pictures?

LOUISE: I guess I got really into taking pictures in high school – I was photo editor of our newspaper. When I went to college I took one photography course, then decided very quickly that it would be my major. So I studied photography for four years at Bard College.

Amazing school! Do you feel your knowledge of photography impacts the way you model?

LOUISE: That is one thing that people always ask me and i still haven’t really figured it out. People ask, “do you think that having a background in photography makes you a better model” and I can’t really answer that myself. I think it definitely makes me more curious and certainly more committed to getting the image right.

How did your current project begin?

LOUISE: When I signed with my first agency and began modeling I knew that i really wanted to document my experiences. Mostly because i wanted to keep up with photography and not lose that part of my life. That seemed like the perfect subject matter, I do take photographs while I’m on set, but obviously there is so much more going on backstage at shows. I always have my camera with me and I’m always taking photos. I’ve been doing that for about two years and trying to find an outlet to publish the photos, New York Magazine just picked them up so that was very exciting. 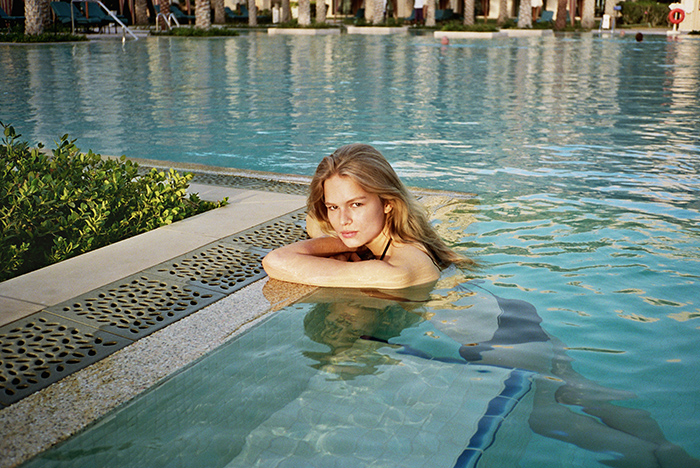 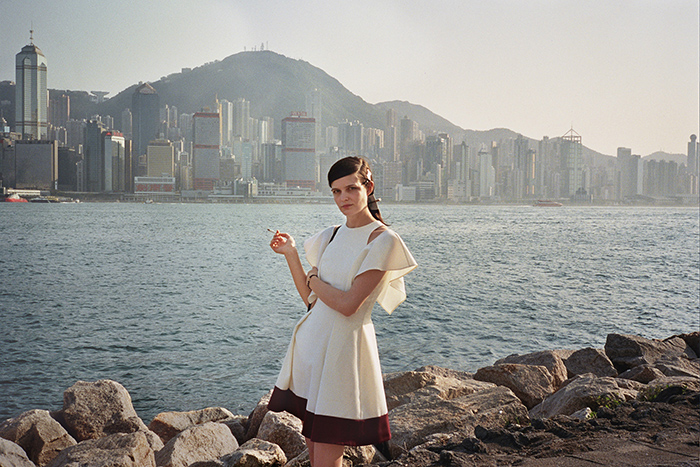 What are some of your personal favorite images that you’ve taken?

LOUISE: Tough question! I guess I feel very lucky because I’m surrounded by beautiful girls – I’ve gotten to take some pretty amazing portraits. I have a huge crush on Anna Ewers so I really love the photo I took of her in the pool in Dubai. There’s a photo of Zlata at the Dior show which I also really love. Some of my self-portraits are interesting, I’m still trying to work on those as I think they can capture a different side of the modeling world as seen through a model’s eyes rather than through a photographer’s eyes.

LOUISE: I think it feels a bit more intimate and personal, also some of these girls are my friends and I’m in the same position as they are so they feel sympathetic towards that.

Are there any photography projects you’re interested in taking on next?

Who would you like to photograph that you haven’t gotten to shoot yet?

LOUISE: Recently I’ve been thinking it would be fun to turn the camera around on photographers. I haven’t thought of anyone in particular that I’d love to photograph but that would be an interesting next step. We’ll have to see how comfortable they are in front of the camera!

What do you love most about photography?

LOUISE: I still shoot on film so my favorite thing is the surprise – not knowing what your photograph is going to look like and maybe forgetting about the image that you took then getting the photos back and rediscovering your own images.

Love that you’re using film – every year there are fewer and fewer people who use film.

LOUISE: Financially it might not be the best decision!

Aesthetically it is a great choice though.

LOUISE: I love it, you can’t put a quantitative price on each frame. 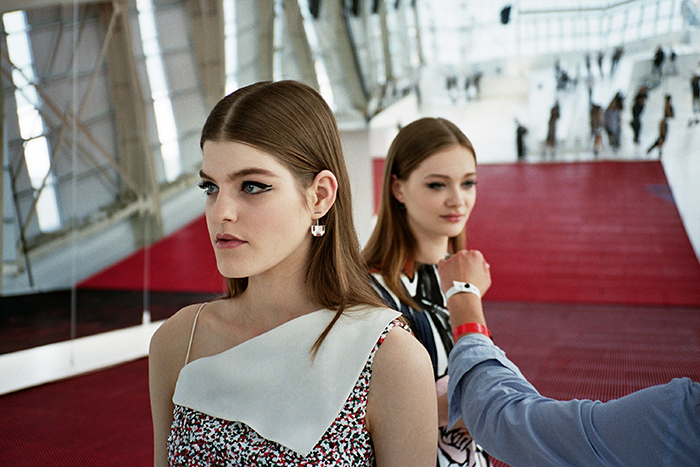 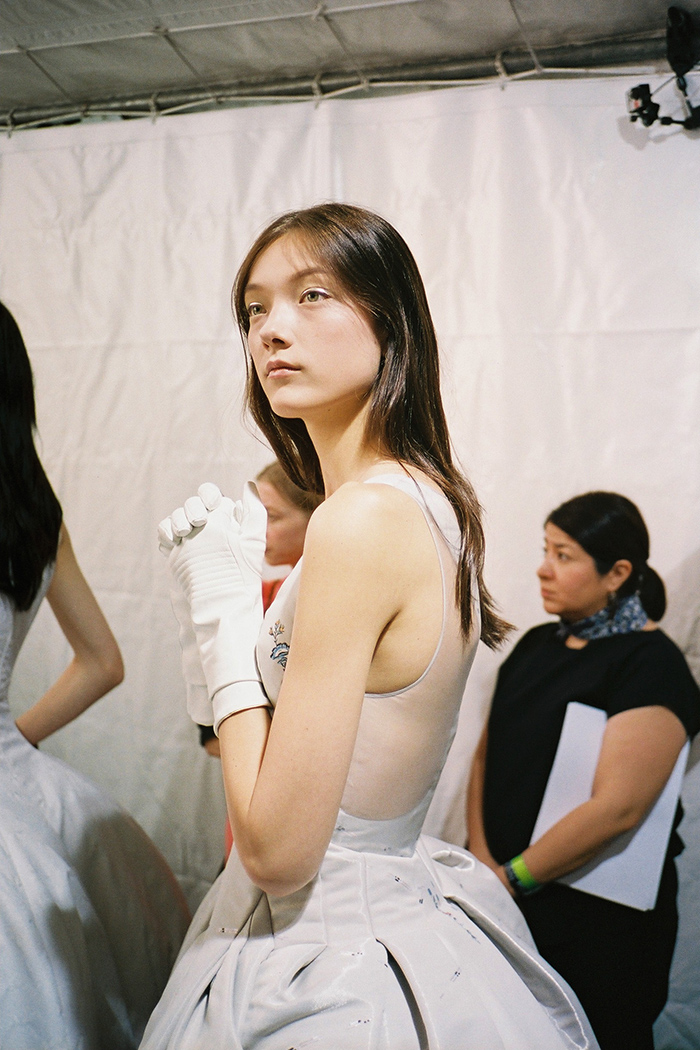 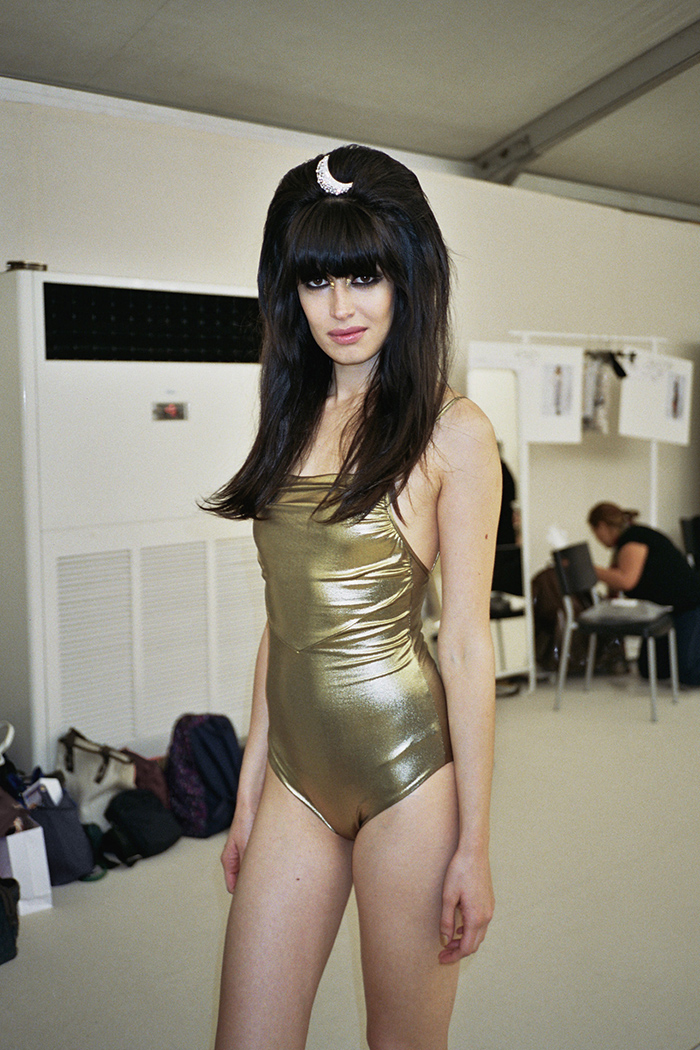 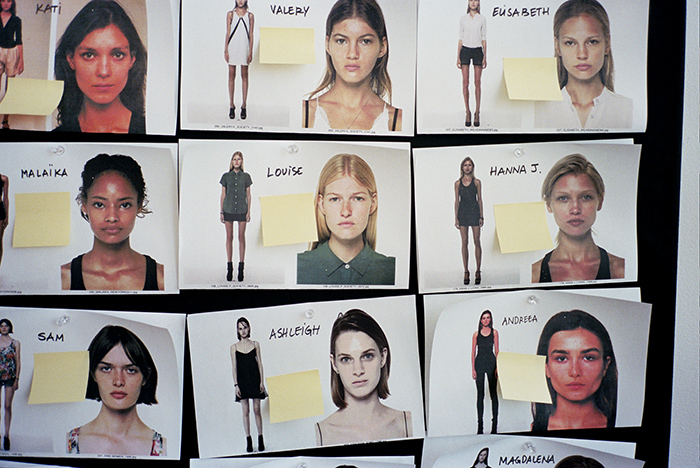 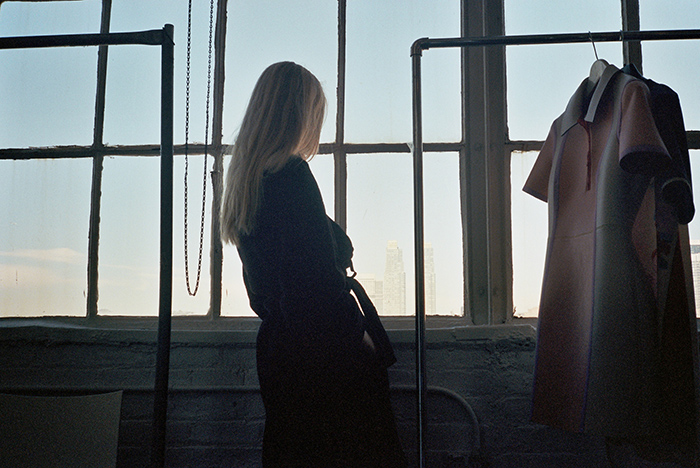 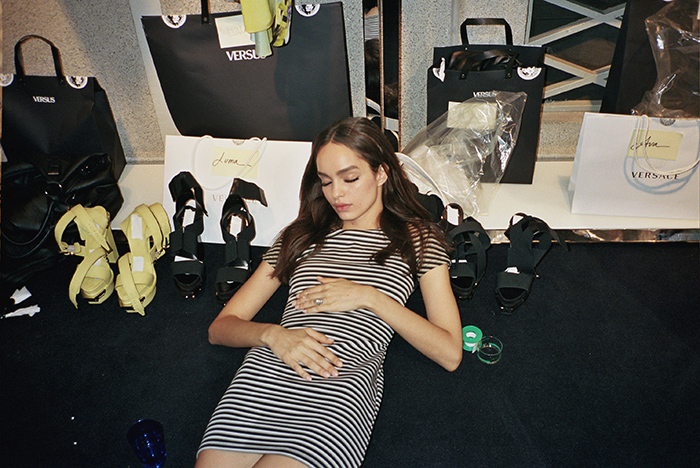 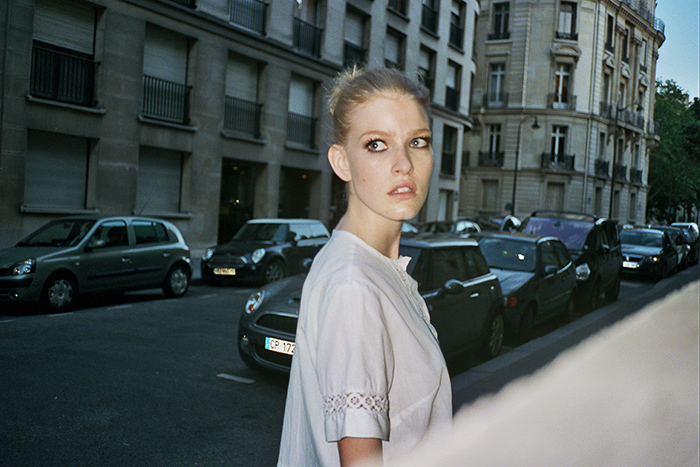 Self portrait after Versace Couture, Paris, 2013 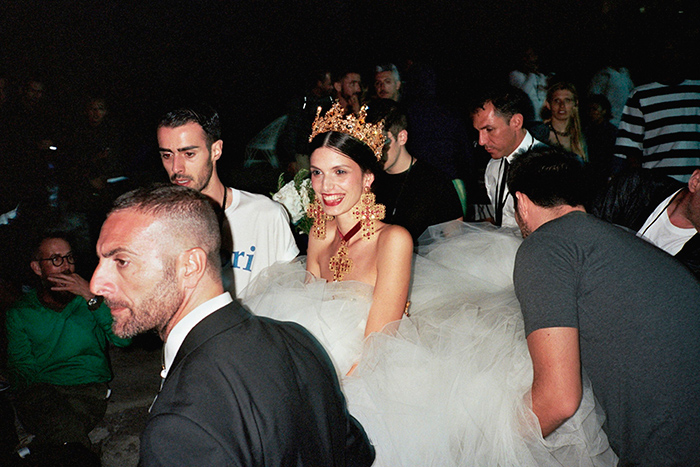 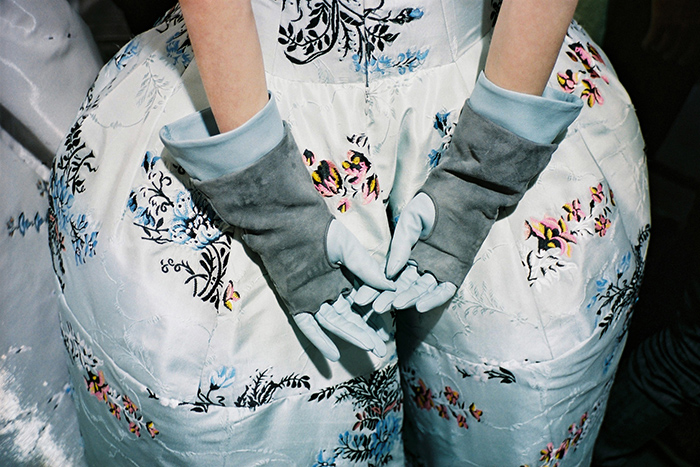 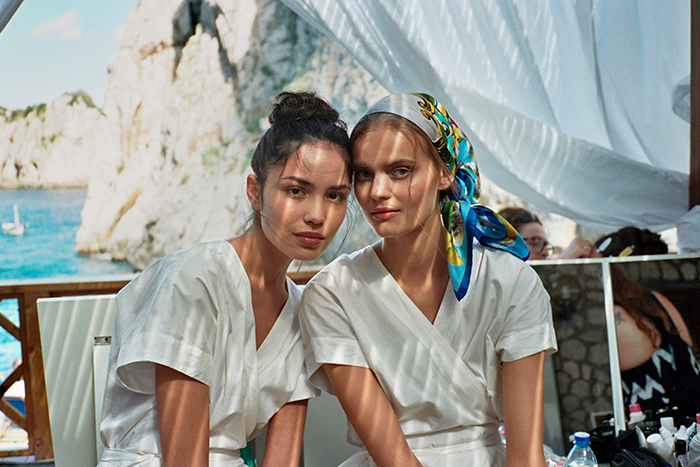 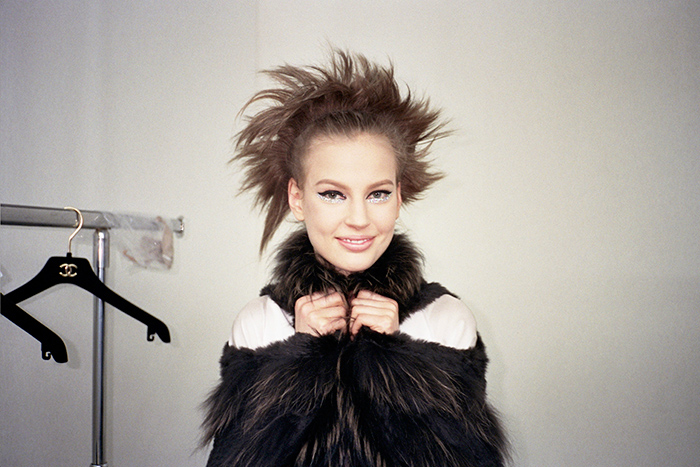 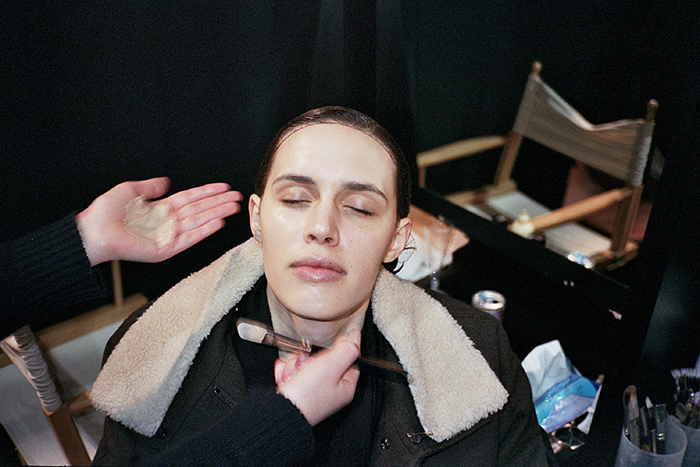 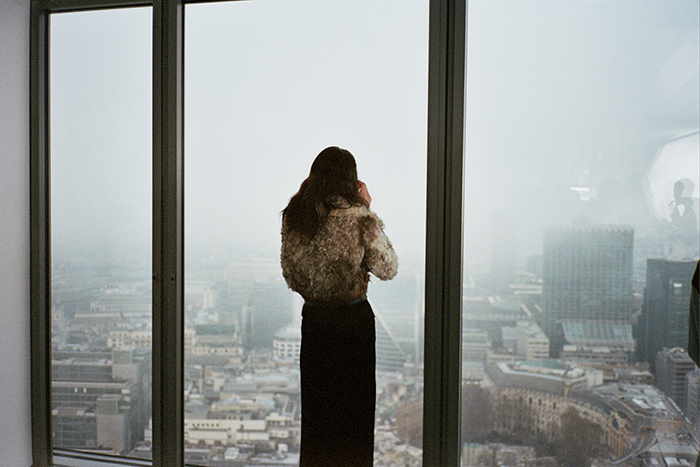 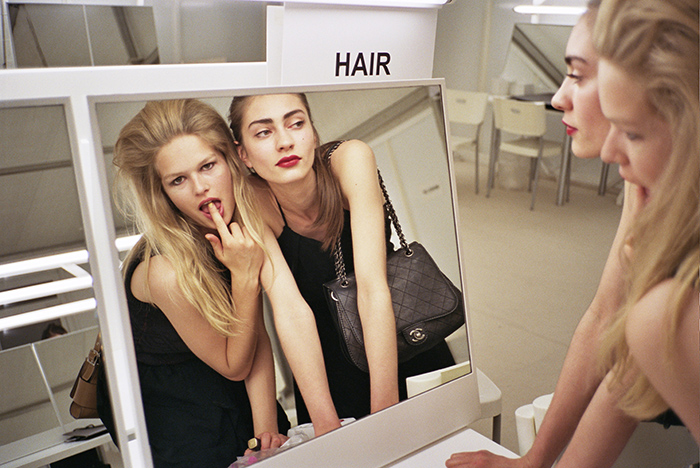 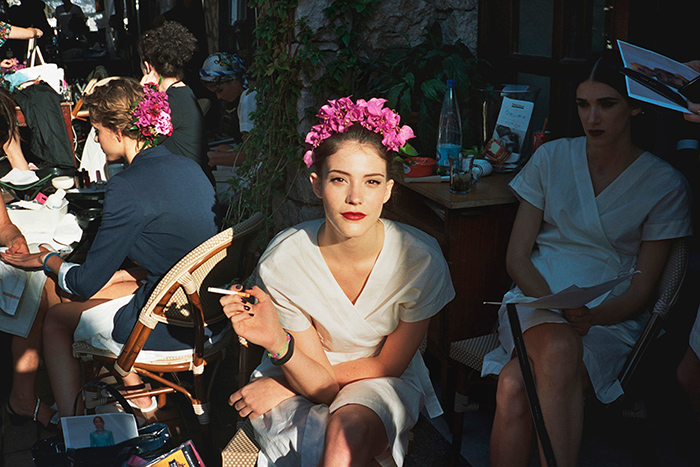 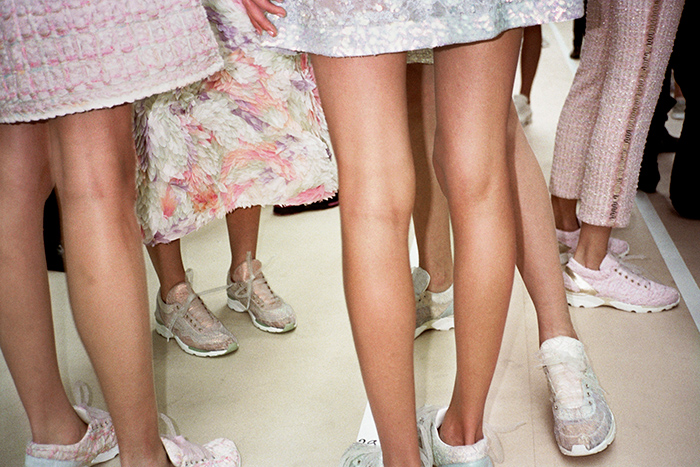 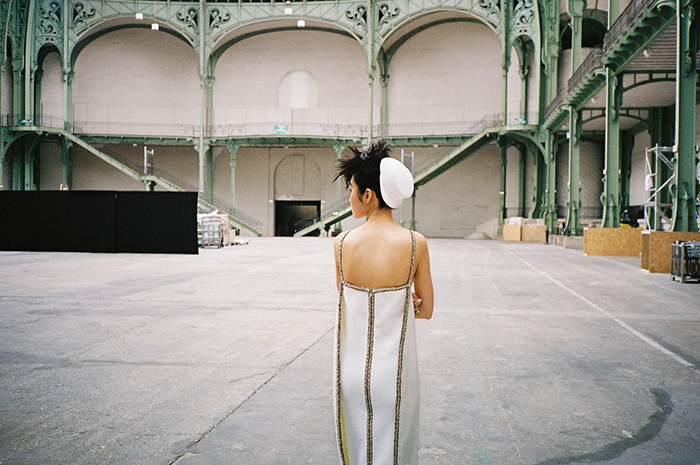 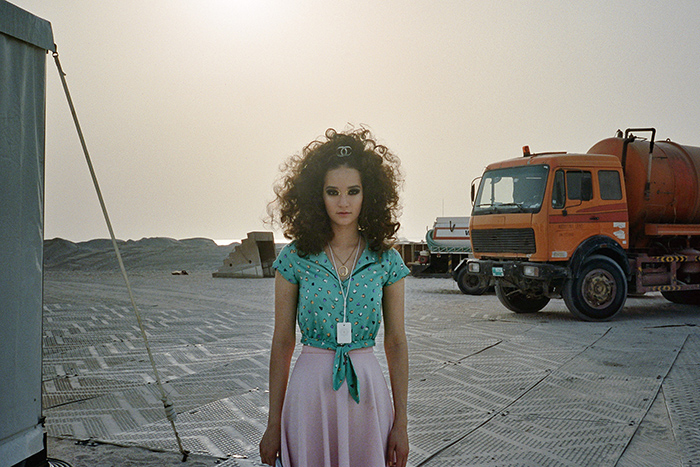