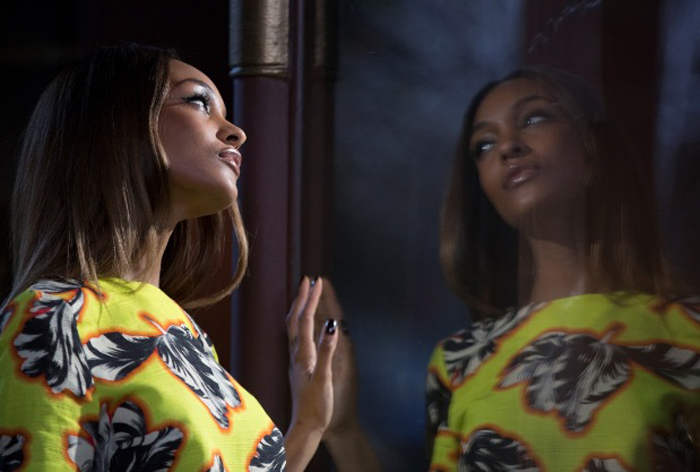 The stellar Jourdan Dunn joins the impressive roster at Maybelline as their latest spokesmodel. In recent months the line has added Frida Gustavsson, Freja Beha Erichsen and Marloes Horst so Jourdan joins an illustrious group. Needless to say the Brit beauty is feeling good about her latest gig -“It is an honor to be a spokesperson for such an iconic brand,” Dunn said in a statement. “I am proud to say that I am a Maybelline girl and hopefully I can make people feel the same way I did when I saw the advertisements growing up. The brand imagery is always beautiful and positive. To now be a part of that is a dream come true!”  / VOGUE UK

A rundown on the season’s top backstage beauty moments is filled with bold brows, big braids and the impeccably coifed Rihanna. / STYLE.COM

NOW TRENDING – “Baby Hair” Though this has been around for ages on the streets, high fashion is only just catching on. Since the Celine SS14 runway featured models with slicked down, stylized hair editorials have begun to incorporate the look into their repertoires. British Vogue, Vogue Netherlands and Vogue Italia have all showcased some version of the look in recent months but nothing really compares to the original.

SFW Behind the Scenes
NEXT