When it came time for Oscar night, Hollywood stars weren’t the only ones dressed to the nines and out for a good time. This year more models than ever were in attendance and they brought their A-Game adding a touch of runway chic to the red carpet.

Rosie could teach a class on how to look as glamorous as possible and she does not disappoint here at the Vanity Fair Oscar party. In pale blue Cushnie et Ochs the dazzling Ms. Huntington gets points for eschewing the usual Armani/Versace/Cavalli favored by most partygoers and her dress’ combo of transparent panels and pearl detailing is the perfect combination of classic elegance and daring sex appeal. 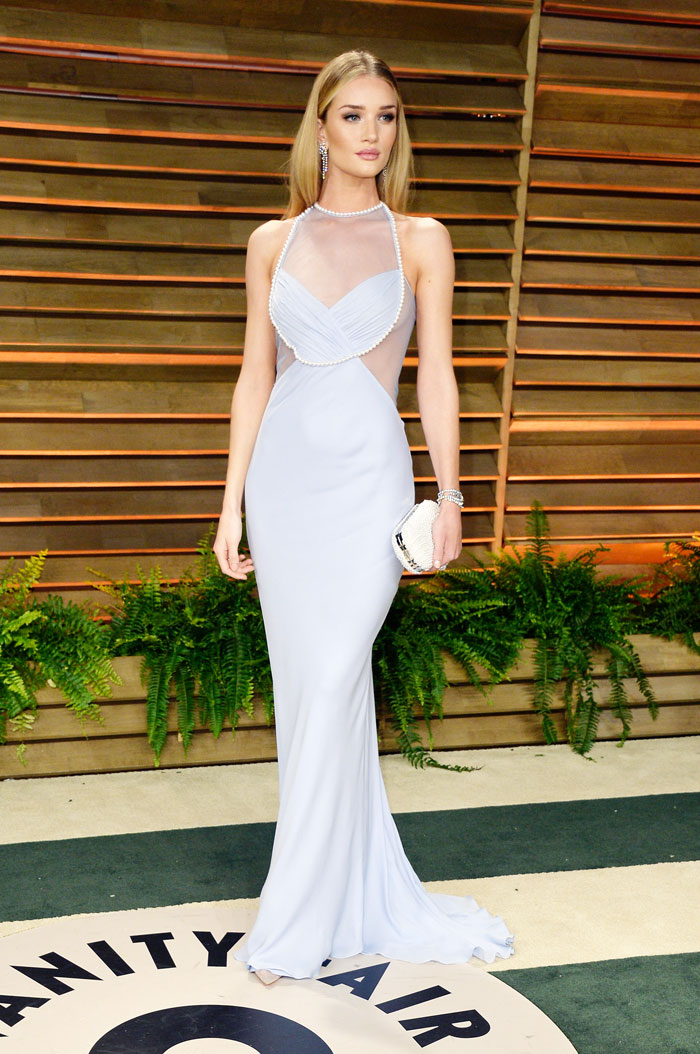 A superstar double header at the Elton John Aids Foundation gala! Karolina and Angela’s outfits couldn’t be more in sync if they planned them out together. Their  black and white  lace gowns hit one of the evenings big trends and the statuesque beauties pull off the looks beautifully, accessorizing with little more than a pair of box clutches. 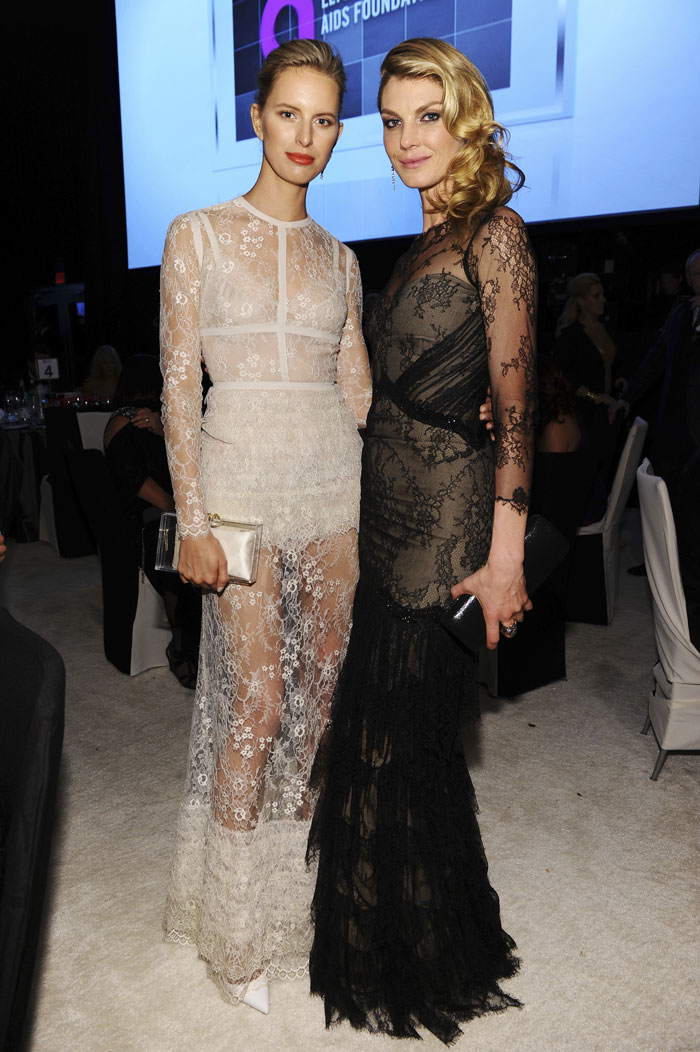 A crimson moment with just the right amount of skin on display, Liberty looks every bit the superstar at the Vanity Fair Oscar party pulling out a Versace classic from F/W 1992. This red hot look is proof that some things never go out of style! 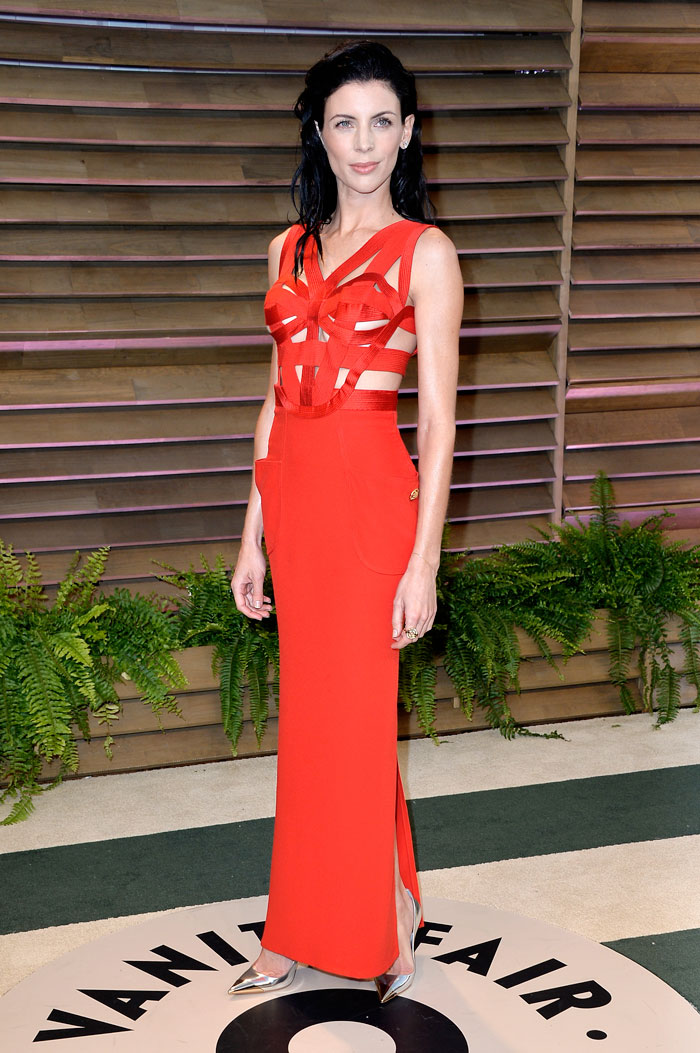 How about a little peakaboo! Karlie hits the red carpet in a revealing vintage look from the master himself, Azzedine Alaia. If this jaw-dropping number looks familiar you may have seen it once before – on the back of fellow catwalker Daria Werbowy at the Met Gala. 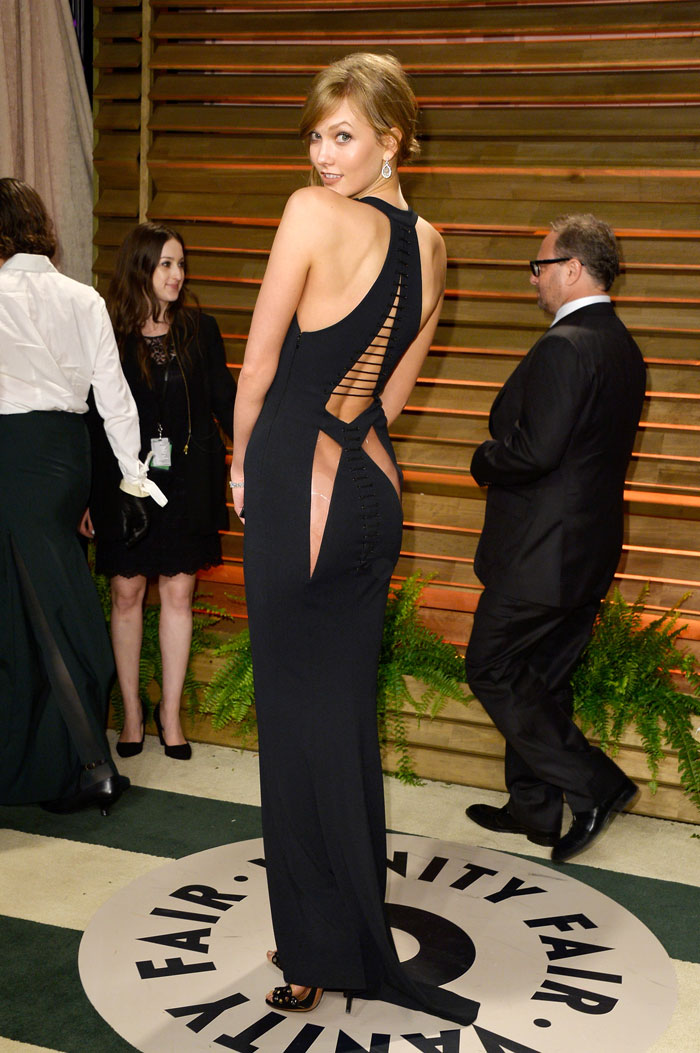 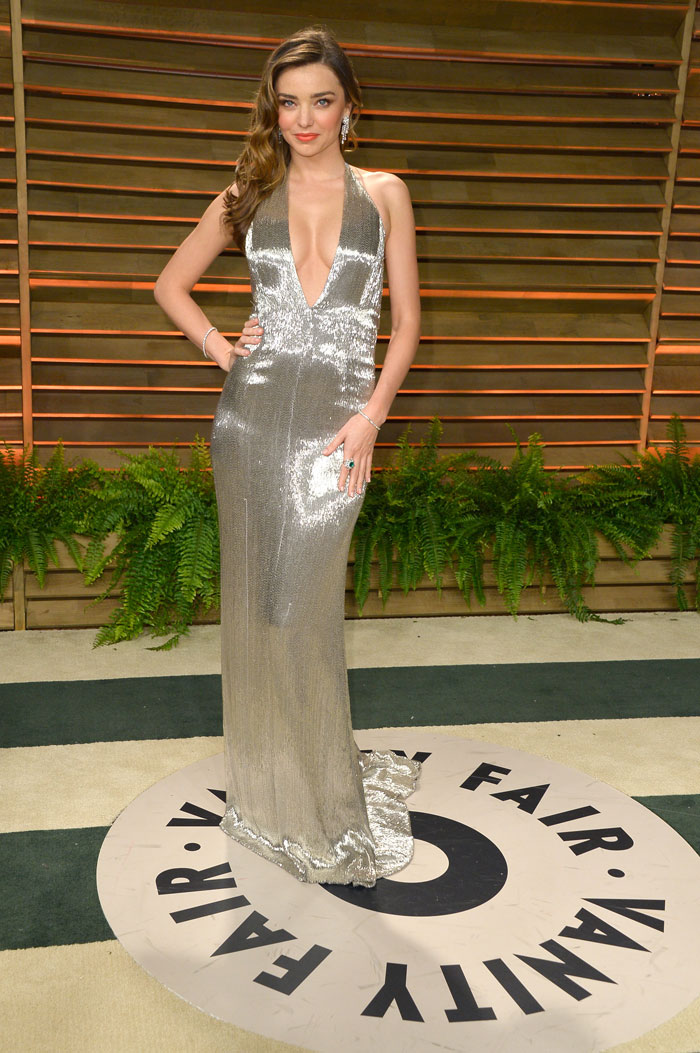 Earlier in the evening Chrissy hit the red carpet in a floral Monique Lhuillier gown which looked pretty, but we’re partial to her sleek look from Naeem Kahn. Dressed in all black and accessorized with oversized emerald earrings, Chrissy coordinates perfectly with husband John Legend making them the best dressed pair of the evening. 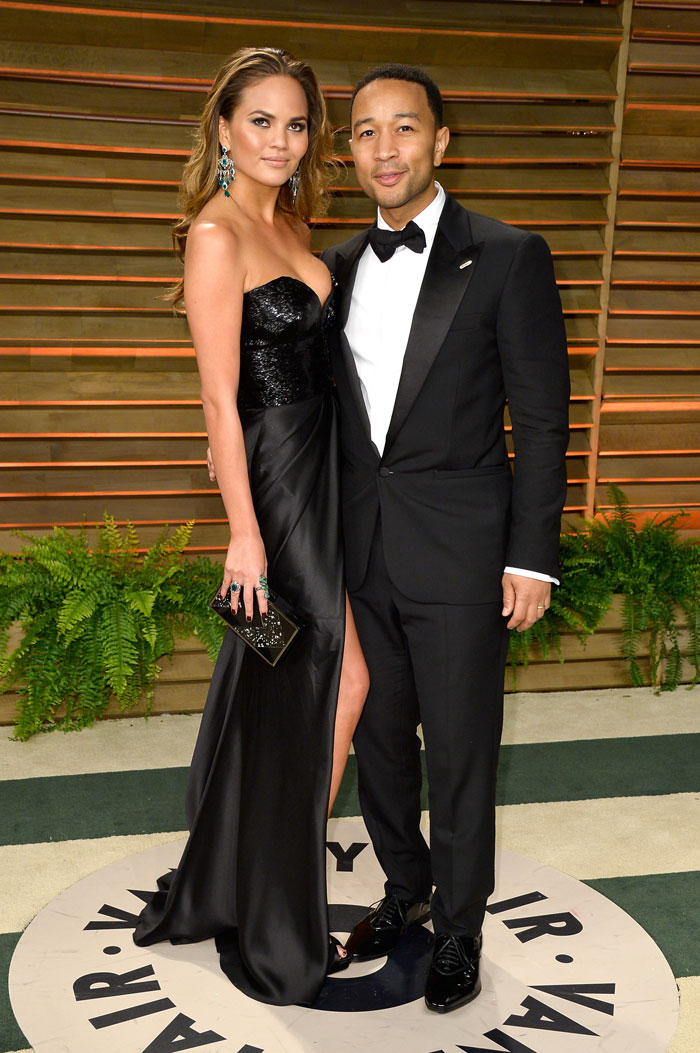 On the Street: PFW Day 3
NEXT