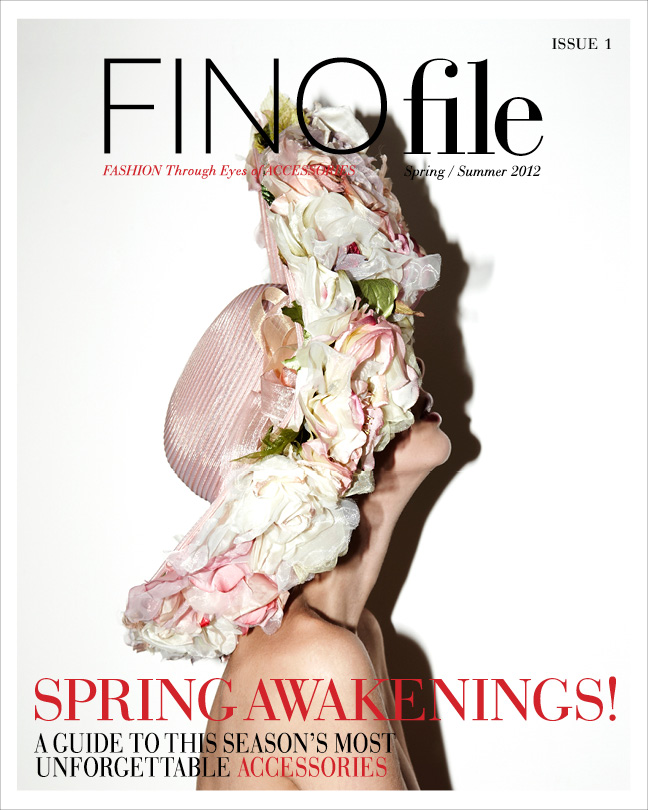 While magazines are still racing to try and harness the web’s power, some of print’s best editors are forging their own paths online with fresh sites and innovative content. Leading the pack is Filipa Fino, whose newly launched online magazine, FINO FILE, boasts the kind of chic point of view you only get from a 17 year industry veteran. With an eye towards cutting edge accessories and host of vivid, interactive content the mag offers an enticing new online experience for the fashion set. MDC caught up with the stylish Ms. Fino, to find out how she brought her high-end Vogue polish to the net and why she feels the magazine industry is in need of a revamp.

MDC: How did you come up with the idea for FINO File?

FILIPA: For three years I was the editorial voice of Vogue.com and I started realizing the strength of my voice on the site. I would have people stop me on the street and say “Oh that bag you told me told me to buy, I got it in blue. It’s so amazing” and I’m like “Oh, what issue?” and they’re like “Oh no, on Vogue.com!” I would post about a shoe and then have retailers calling me saying it sold out. It was unbelievable to me the sort of strength of the persona I’d created there.

I also started to notice that things were changing. All of sudden bloggers; these fresh young kids with new perspectives, were sitting next to us at shows – literally next to Anna and all the other editors! They were cool and fresh and their followings were incredible. In the Vogue office, there were all these people from 25 to 30 who didn’t read print, yet they all knew everything. They got information from these snippets online. I started being intrigued and being like “Whoa! What is this?” I hate not knowing so I set out to really understand the new technologies out there and the initial idea for Fino File grew out of that. 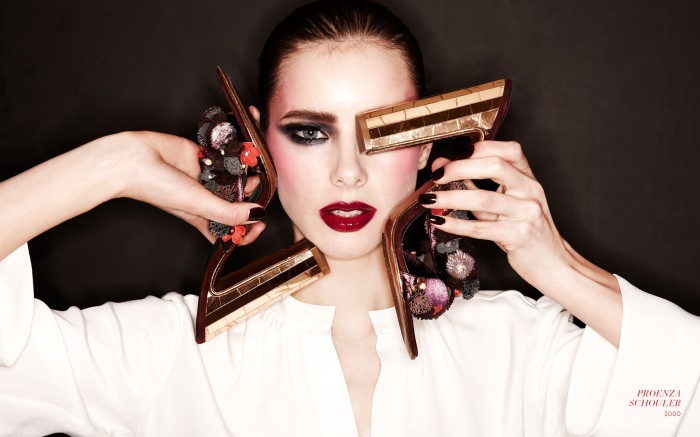 MDC: How does what Fino File does, differ from what the luxury e-commerce sites are doing?

FILIPA: I have three girls – 4, 5 and 12 so I’m always shopping online. Amazon and eBay are great for toys; problems like not having to bring a princess castle home from a toy store by Christmas are a thing of the past! That said, I started noticing though that I never shopped fashion online. You had Net-A-Porter and My Theresa come along with these incredible curated selections, but I was never able to buy anything from them. It really bothered me and I started thinking “There’s something here that’s missing.” Without the editorial component the clothes can look flat and unappealing, but when you see the same item in Vogue or W, you think “Oh my god I’ve got to have that!” 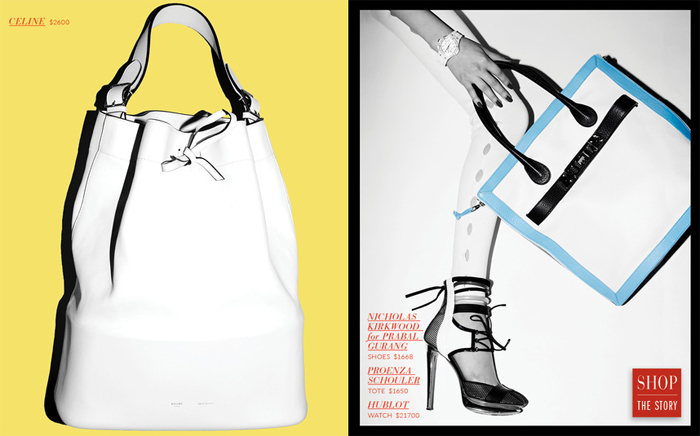 A peek at the accessories pages inside the magazine.

MDC: What do you think the magazine industry could learn from the web?

FILIPA: I really think the magazine industry has to reinvent itself. Time is a factor here. News is not exclusive anymore – Facebook, Twitter, social media all changed the playing field. Fashion shows are streamed online now  – by the time those looks and that information makes its way to the magazines it is no longer novel. We’ve seen a celebrity wear that dress to an event, we’ve seen the look on a million blogs, tweets and retweets.

I’m not saying it in a bad way because it’s obviously it’s still great to look at what we’ve seen already, but the art of what high end editors can do is not enough to hold up an entire industry. What was happening to me at Vogue was that I was doubting myself, “Do I put this item up on Vogue.com and be the leader and first to tell the news, or do I hold it off for Grace Coddington to shoot in three months and make a beautiful picture out of it?” Obviously print always wants that and it is Vogue’s point of view, but my answer tended to be “It is too late when it comes out three months later – everybody has already talked about it.”

Another thing that puts magazines in a tough predicament is that you can’t shop from them directly. It’s not like you’ll see an item and be like “Let me go to the store and get it” because usually the items you’re seeing will be coming out in stores months later. The future of magazines is going to be on the web and tied to the immediacy of e-commerce. Obviously there will always be room for the art, photography and the art of presentation, which I think have a lot of value, but if it is not presented in a timely fashion and with the pace of the way news moves now I think they’ll lose the market. 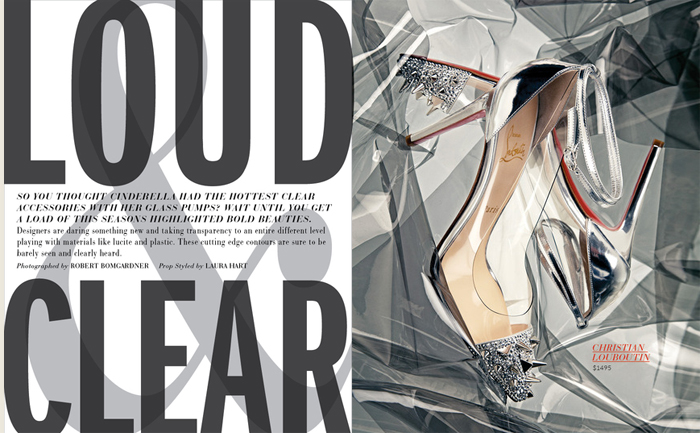 MDC: Speaking of presentation, I know Terry Tsiolis was one of the big contributors to this project – can you talk a bit more on that collaboration?

FILIPA: Terry and I go way back. We were assistants together at Harper Bazaar in 1995! I’ve always loved his photography and his point of view, creatively he’s fantastic. Once we got working on the project there was no stopping us – it was like the juices kept flowing 24/7. The image on the first issue’s cover wasn’t originally meant to be our cover. It was literally just Terry just trying out things. Once our designer put it up we were like “Yes this is it! Forget the shoot we thinking of!”

This experience has been really fun and the team is really incredible. John Langston who is another dear friend of mine, is our art director and his work really contributed to the project – all the drawings in the issue are his. I think that where I’ve been really, really lucky, is that I’ve surrounded myself with talented people. That is sort of the privilege of coming from the world of Vogue, Harper’s Bazaar and high end fashion. It has given me access to all these great talents and we all speak the same language. We’re all aiming high, we all know what we want to do. We want beautiful pictures to look at. There’s no other standard. 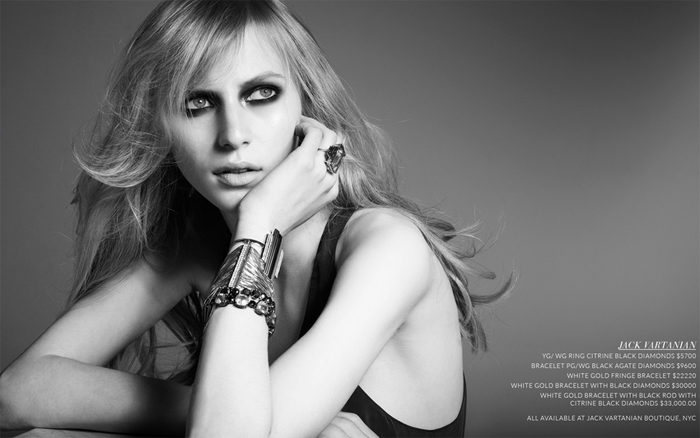 MDC: Since we’re talking about time –  do you plan on doing monthly  issues to keep up with the pace of the business?

FILIPA:  Originally, when I put together the concept I definitely thought the goal was to fundraise and make it monthly. I even thought that it might need to be weekly, but the more I got into it the more I realized that people are being bombarded from every angle. There isn’t one place anymore that says “Ok, this is the bible. If you want to know about fashion; this is it. If you want to know about accessories; it’s all here.” People aren’t necessarily looking just for constant updates, they’re also looking for that ultimate resource.

Right now we’re going to have issues for, Summer, Fall, and Holiday. Those will be our four main issues and what we will do is have supplements in between. Those will be shorter like a gift guide and more product orientated; we’re going to do Fino Men for Father’s Day and back to school Fino Girls for September. We’re also looking to do fitness in January, and then a bridal supplement around May.

There is the resource of the basic issue, but to keep things current we also add in new things – you can add pages to a digital fashion magazine constantly. There’s a feature we’re adding in a few weeks and it’s part of my “Fame” section which is where I ask prominent designers and models what their favorite recent purchase designer shoe was. This is what the privilege is of being on the web – you can change it tomorrow. If I see these pages that other people aren’t really clicking so much or things that become incredible popular, I can add and take away and it’s ok. 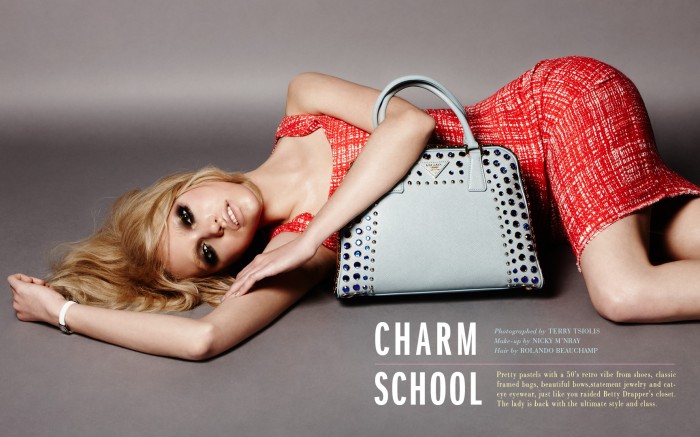 FILIPA: Well I think having Terry and John on board here, there’s a very strong visual element. Working with these people I am able to do original content at the level of the high fashion magazines and I think as well the fact I am intertwined in the fashion world and continue to be and involved with designers and sort of all the players and I think in terms of information as well I hope it will be an insider resource. I didn’t just leave Vogue and stop being me. I’ve worked in this business for 17 years and I’m able to bring that expertise with me to a new platform.

MDC: What is the future for Fino File?

One thing I would love to do is curate visually appealing images that are at different price points. Years ago women would hide that they’re mixing Chanel and Zara, but now that is cool and on trend. The day Karl Lagerfeld did H&M everything changed – if he’s embracing fast fashion everyone is! If you had told me a few years ago that Karl Lagerfeld and Anna Wintour would be doing a press conference at Macy’s I would have thought you were insane, but it happened. Things like that give fast fashion a whole different type of credibility. I want to offer a diversity of price points and a selection where there are options, I think people appreciate that.

Enter the Room
NEXT