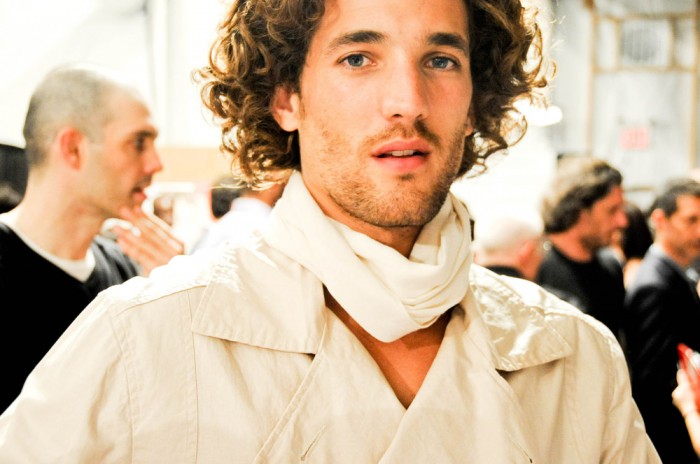 Customers expect wearable classics from Perry Ellis, and designer John Crocco delivered for Spring 2012 with a collection of easy, effortless pieces in a range of pastels and muted earth tones. Cuts were loose and comfortable without being overly baggy, and the cheery and lighthearted looks were ready for a country weekend. Everything felt completely relaxed and calm, perfectly accompanied by a soundtrack by indie folk band Fleet Foxes. 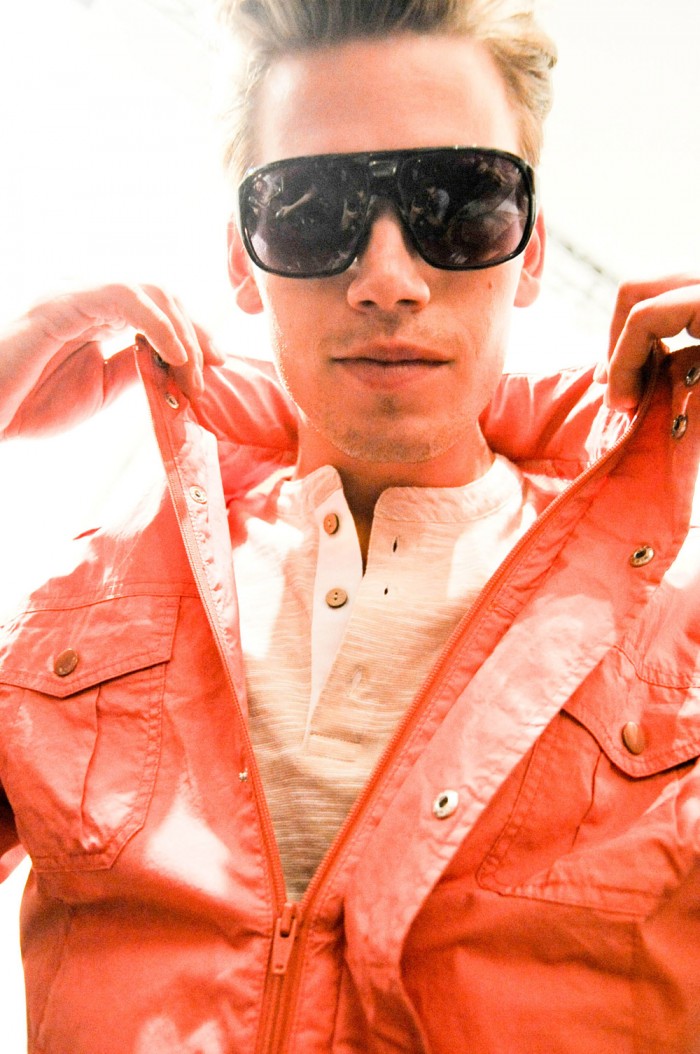 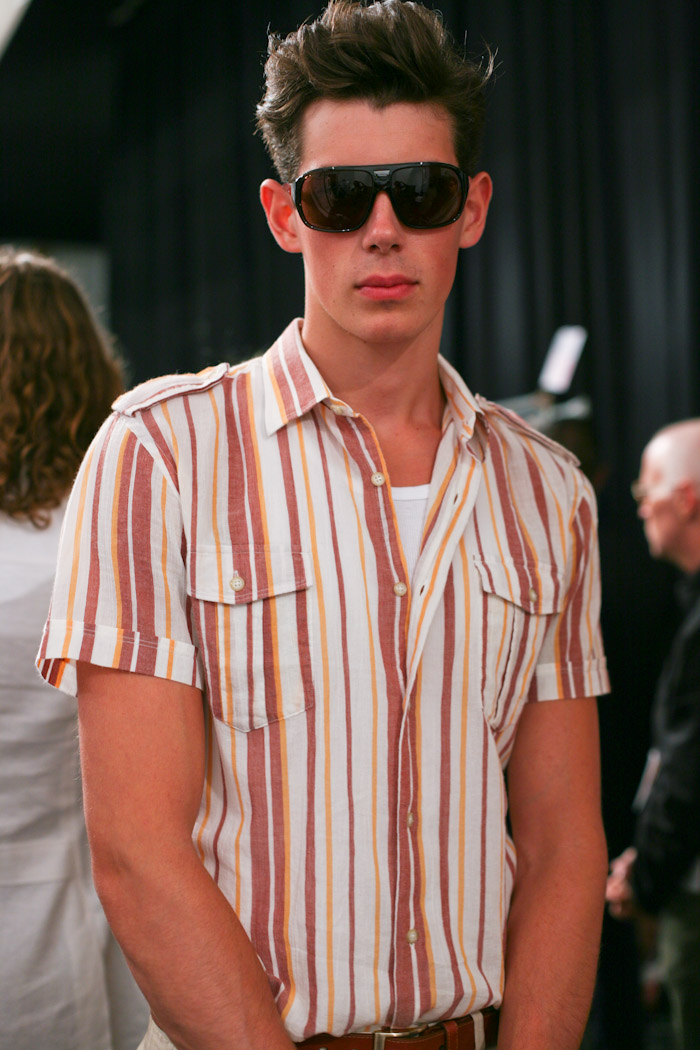 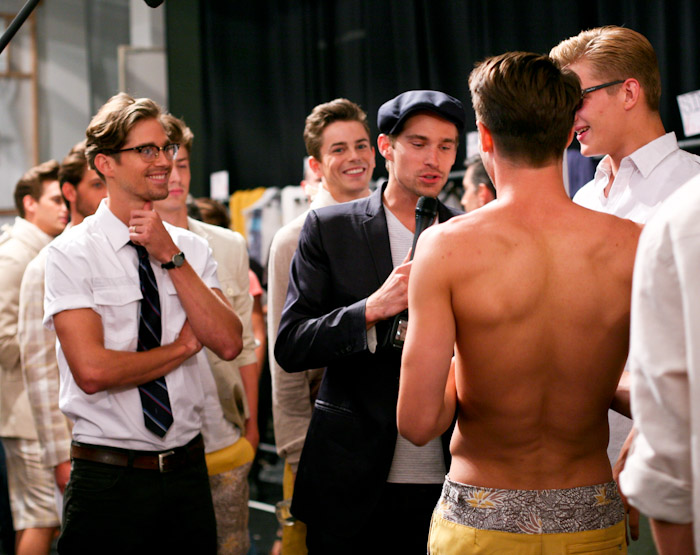 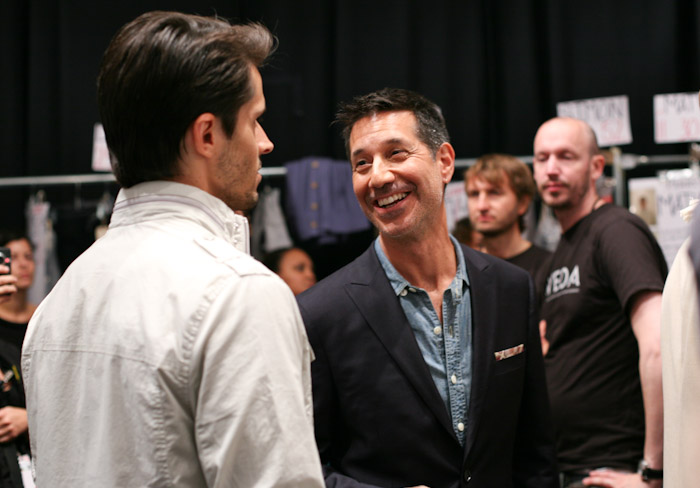 John Crocco in his last collection for the brand 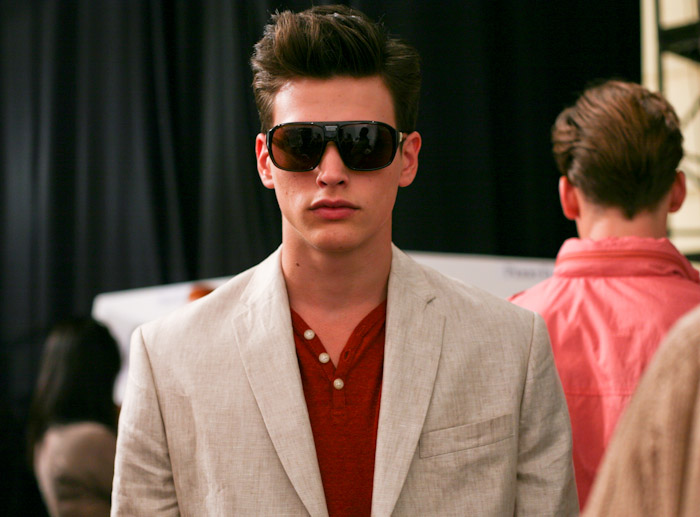 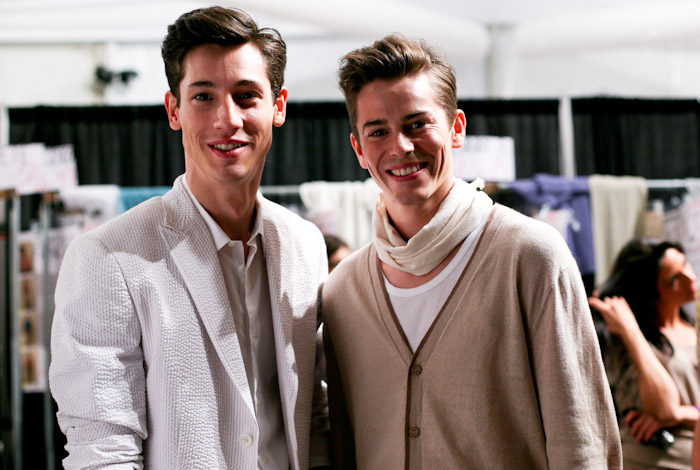 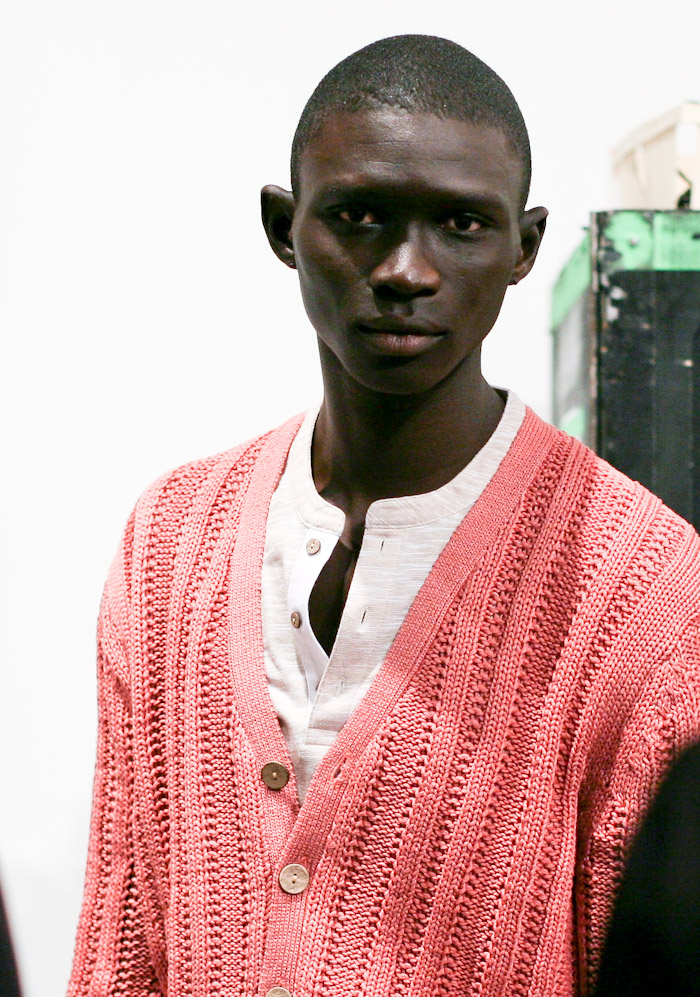 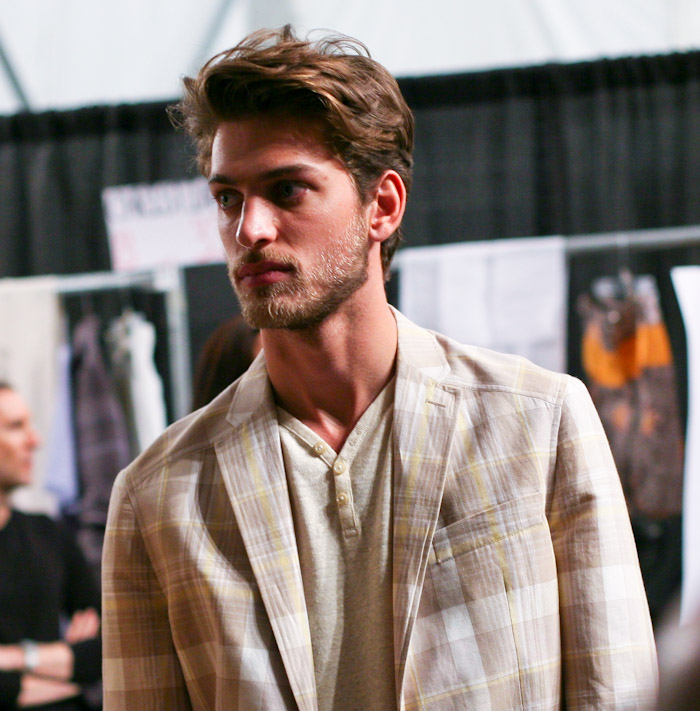 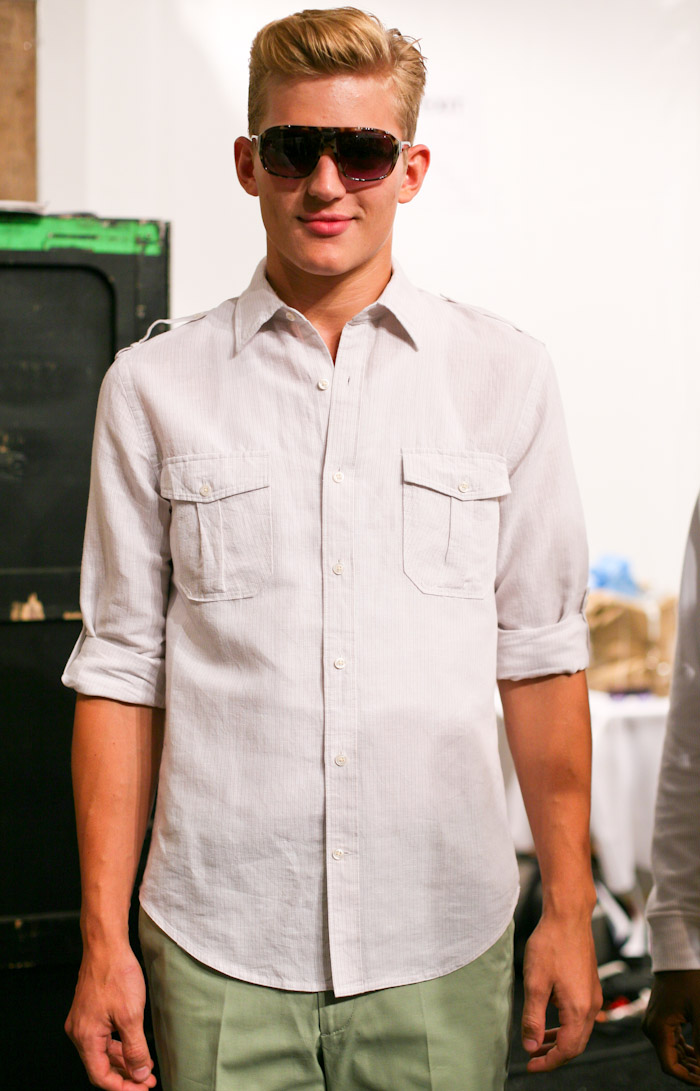 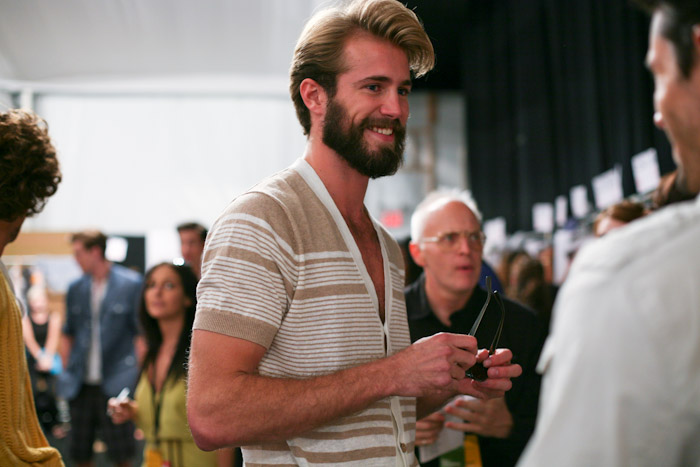 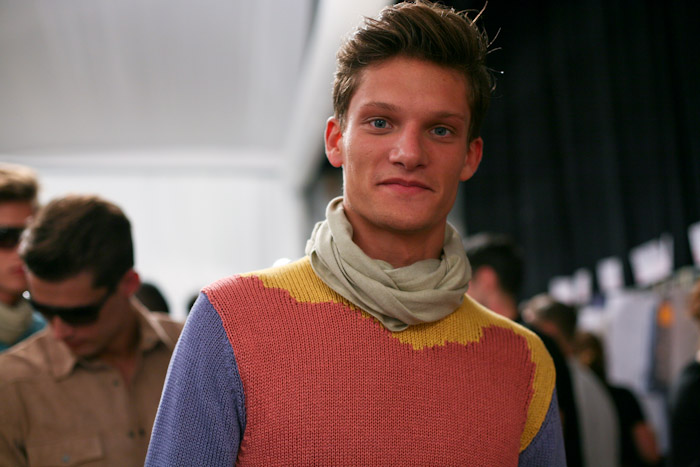 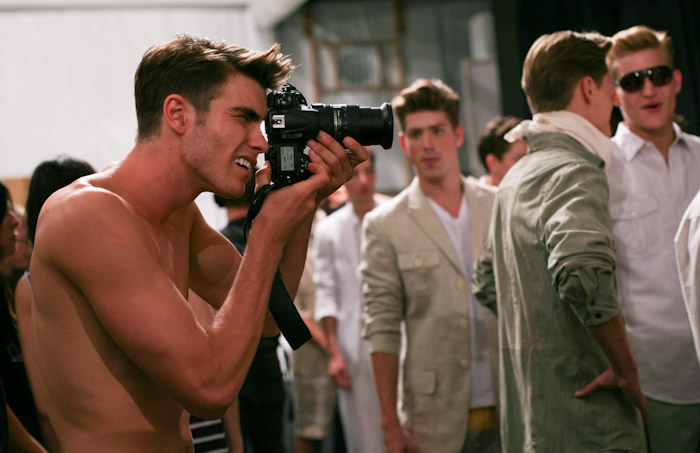 Julian Schratter walking AND documenting the show, image by Betty 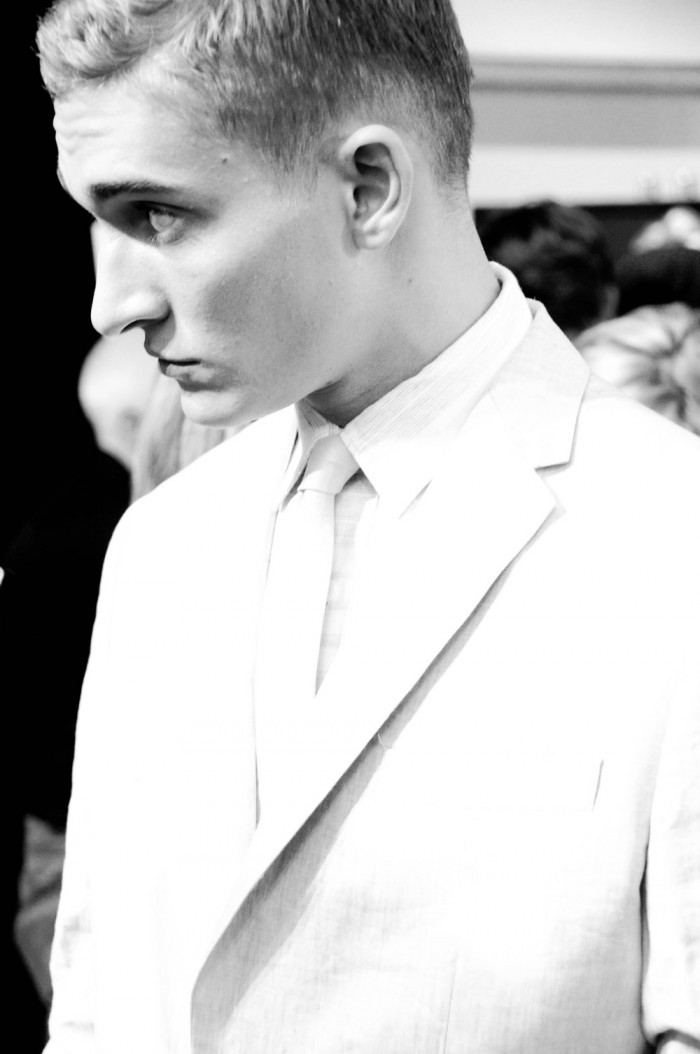 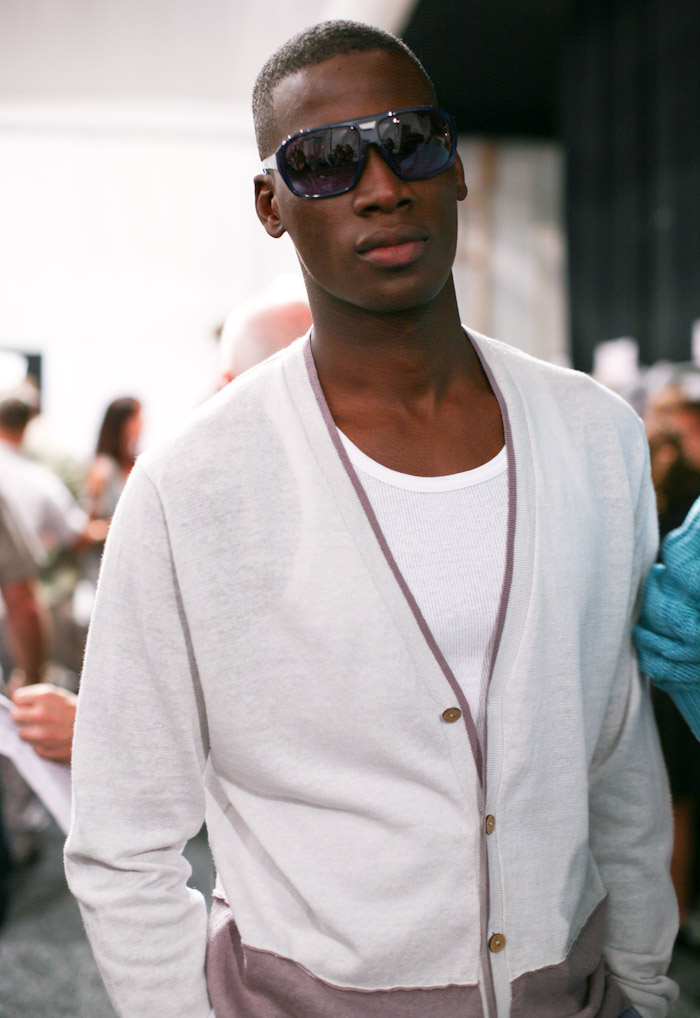 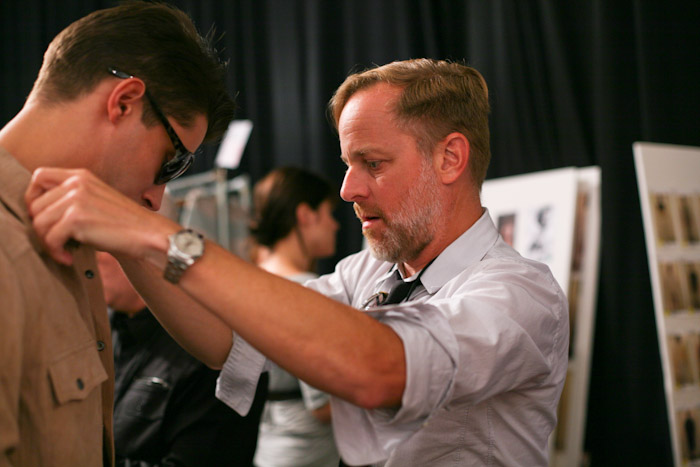 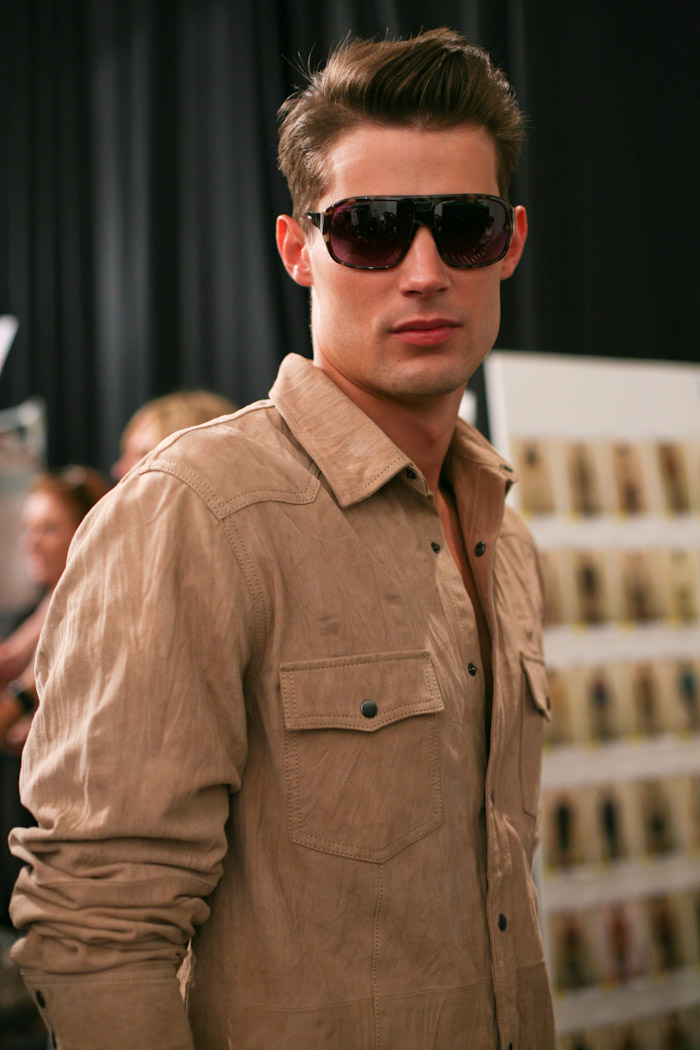 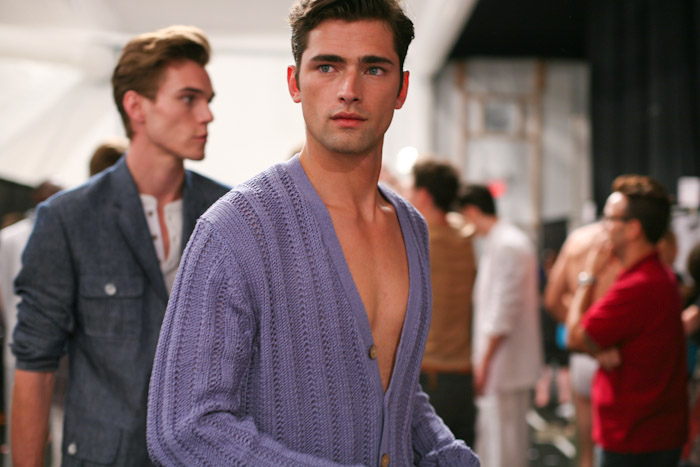 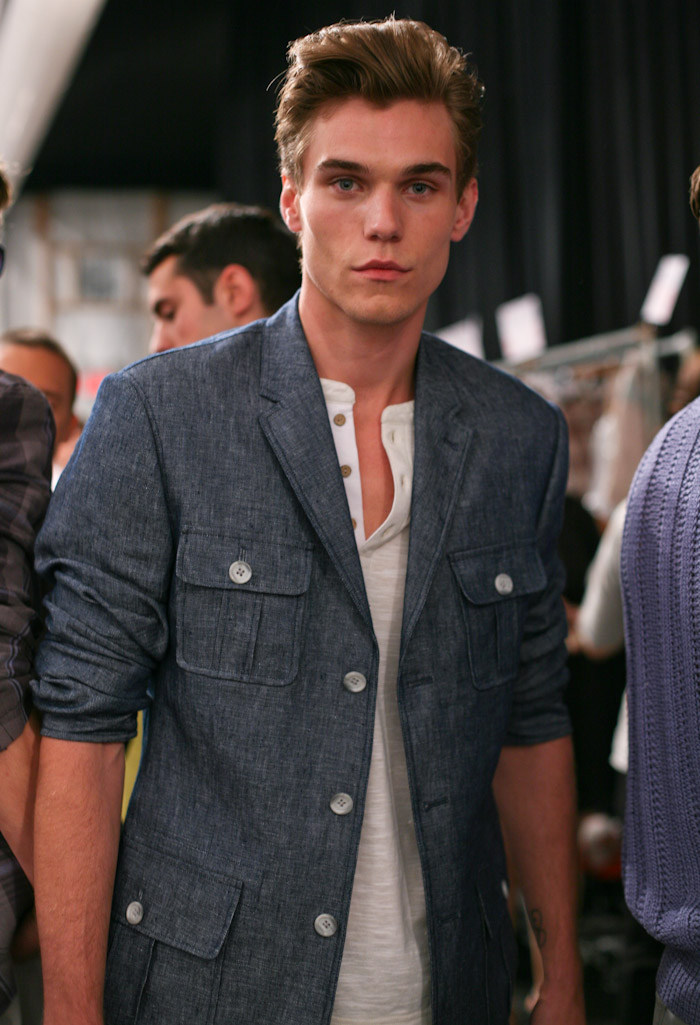 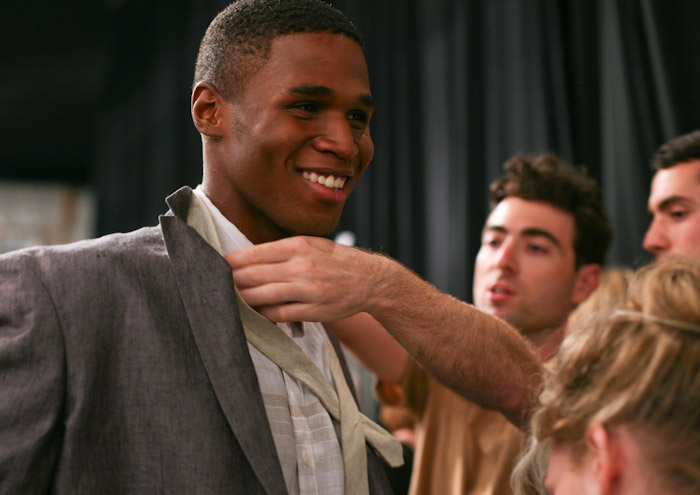 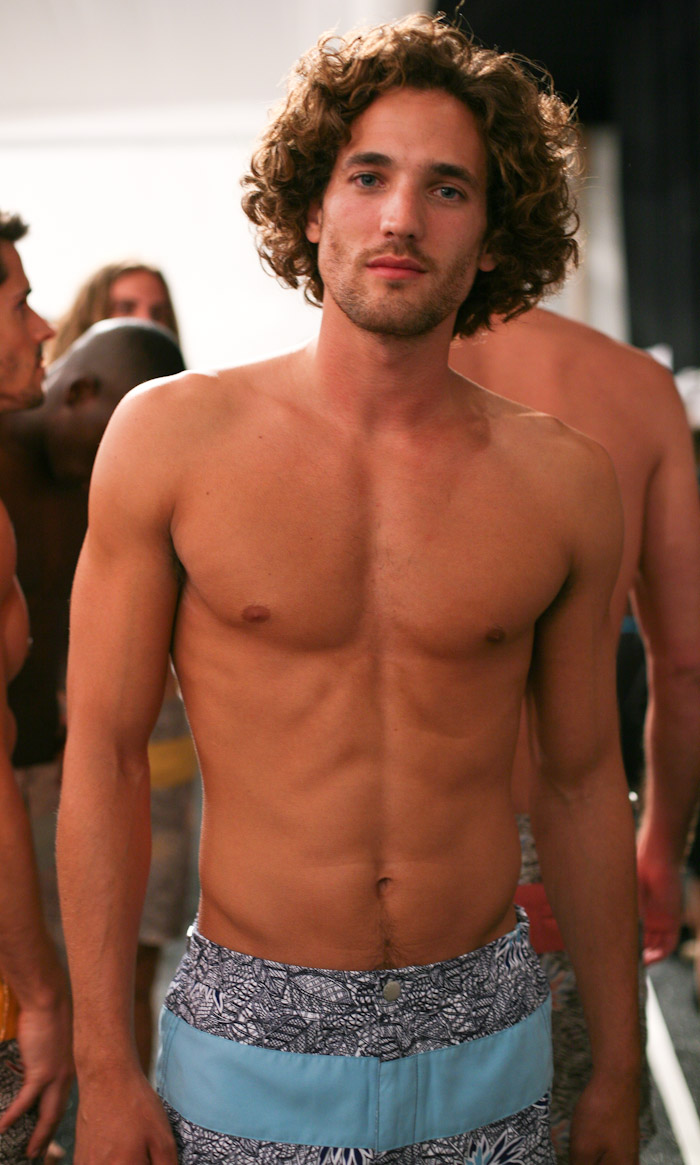 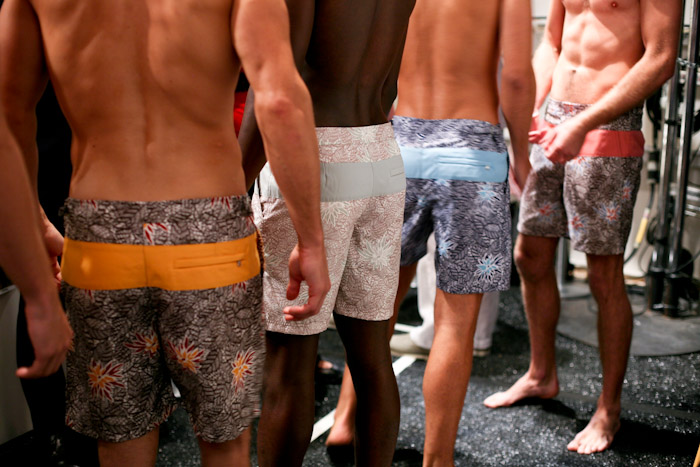 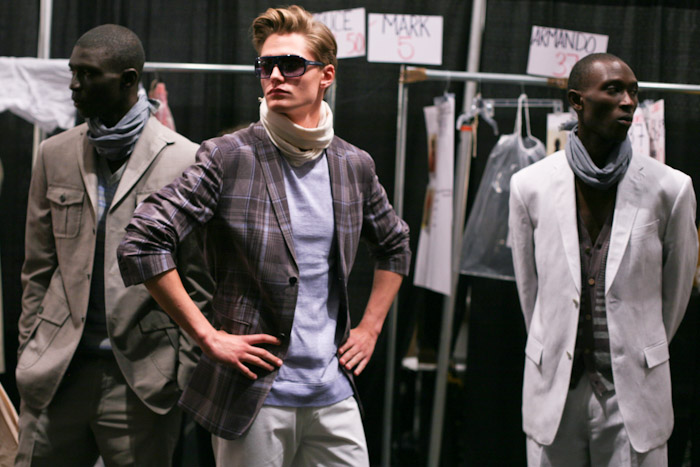 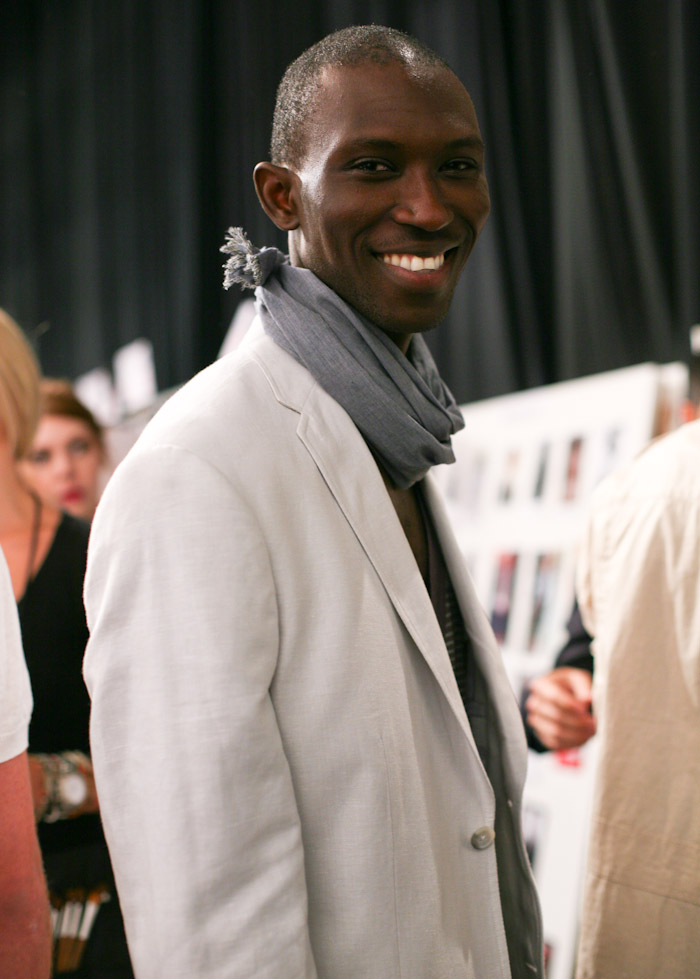 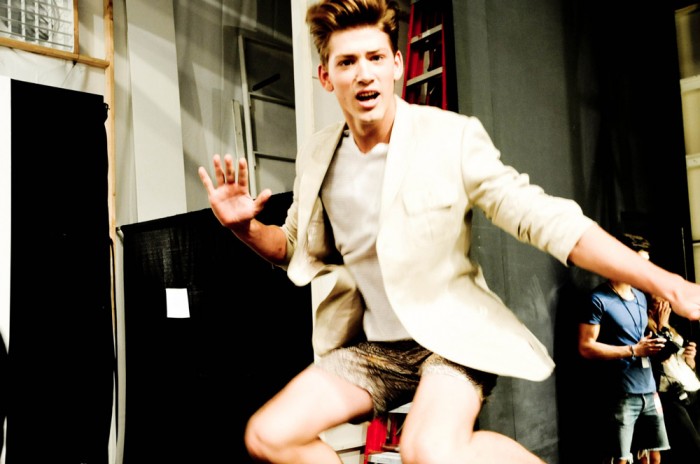