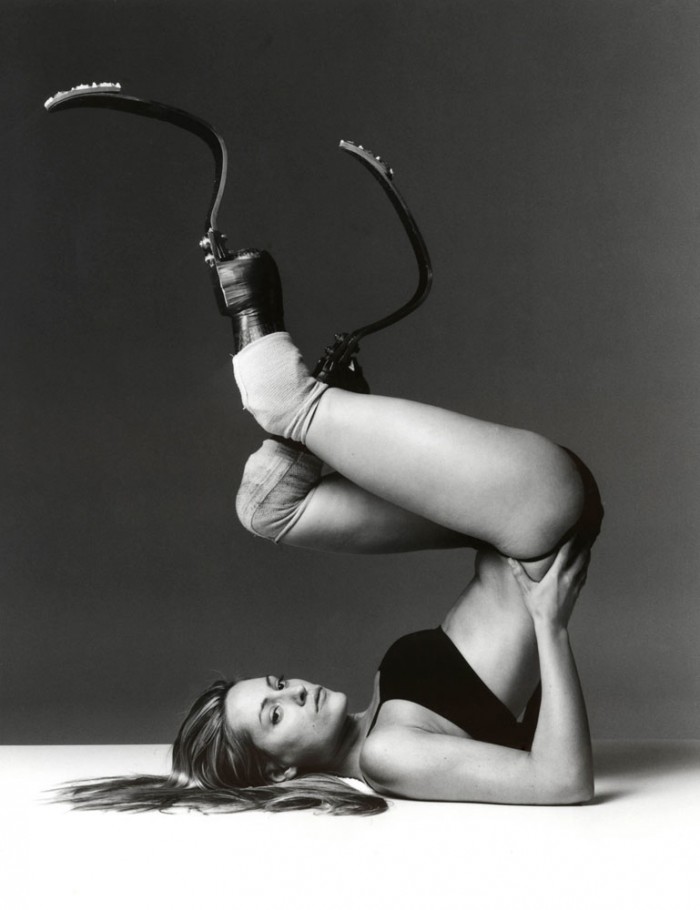 As a model, athlete and muse for innovators like Alexander McQueen and artist Matthew Barney, Aimee Mullins is one of fashion’s most accomplished talents. Her road to success was extraordinary; born with fibular hemimelia that resulted in the amputation of her legs, Aimee has worn prosthetic legs since childhood. Through determination, perseverance and outside of the box thinking, Aimee has distinguished herself; from appearances on the cover of Dazed & Confused, to walking down the McQueen runway in legs created by the designer himself.

As a representative for Characters Unite, Aimee is pushing boundaries once again. The campaign promoting acceptance sets out to bring people together and celebrate mutual respect. In Tom Brokaw’s corresponding documentary Bridging the Divide (airing USA Network on December 10th, at 7/6c) Aimee shares her experiences and “uses her birth-given disability to make others see what is possible when they rethink their notions of beauty and opportunity.” MDC was honored to talk to this dynamic woman about the project and her groundbreaking career.

MDC: How did you get involved with USA Characters Unite?

Aimee: They reached out to me. I think the director of the program had seen one of my TED talks and came to a reading that I did with my friend Allegra Huston in the spring and said ‘You know, I would just love if you considered doing a Moth event’. I said ‘Sure, this is kind of the perfect fit from a topical stand point.’ It is tied into a documentary airing Friday on USA that Tom Brokaw hosted. It’s funny because, they are two different things tied into the same cause, but they had approached me separately. I’m honored to be able to be a part of something that is asking people to ask questions of their own experiences or prejudices that they hold that they don’t even know they still hold when it comes to gender issues or age or race or sexual orientation, body types. It has been a great experience and tonight is going to be wonderful at the New York Public Library.

MDC: Are these events open to the public?

Aimee: Yes, they are but they sold out in like a hour. I think The Moth in their 13-year history has always sold out within 48 hours and with no promotion, it’s just word of mouth. It’s really interesting, they put on a great event. 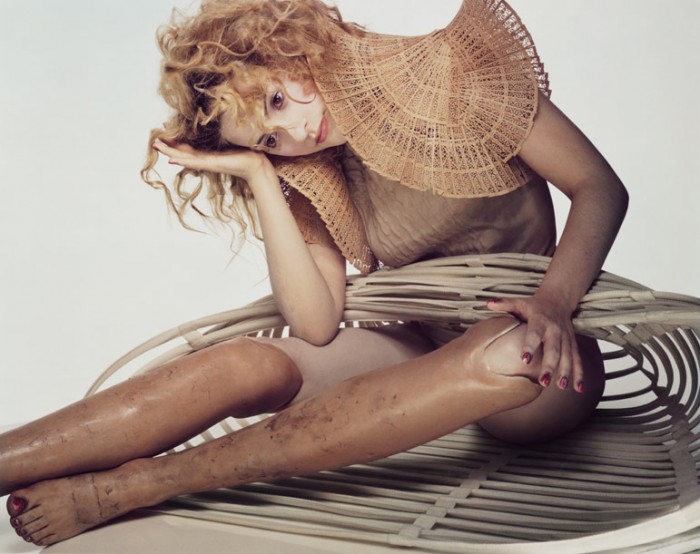 MDC: I was going to ask you a bit about your work with Alexander McQueen.

Aimee: I don’t think it is an overstatement for me to say that my experiences working with Lee were epic. It was a huge loss for me, we had planned a lifetime of collaborations; we had three pairs of prosthetics, things that he wanted to make for me because obviously he was somebody who managed to use the arena of fashion to address topics. His women, his “Goddesses” as he called them, they are all total characters and they do not fit the standard norm. Sarah Burton is extraordinary and such a solid force for me. I spent the afternoon with her last month, I went to see her because I couldn’t go to the memorial, I was filming and I couldn’t come to the funeral so I didn’t quite have closure yet. I was still grieving so to go to the studio and be with the team was really fabulous. Sarah and I have reconfirmed our love, and our desire to work through the decades as we get older to keep asking questions of society that we know that we can address from a perspective of fashion.

The reason why I consider myself especially privileged is that none of those collaborations have been one off. The word epic came to my mind for me because Sarah Burton and I were laughing like, well of course we are going to grow old together.

MDC: Do you think that the future of fashion or really any industry is really about embracing diversity and talking about social issues through a social lens?

Aimee: I think that is a result of the world becoming digital. Customers and consumers now are just so much more savvy. It is not enough to have a flat image, the image has to speak. I have been fortunate enough to have a decade long collaboration with certain people and because of what I’m doing in my life and what they’re doing in their lives we move forward together. It is very different than the kind of ‘Okay, I’m going to hire a model and she’s going to be the face of this thing’. I think that a lot of models will find that very exciting. 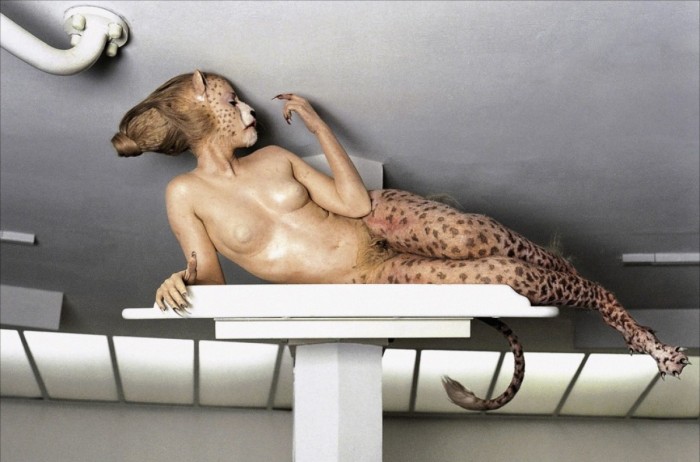 MDC: I know that you’ve worked with a lot of photographers and a lot of creative people. What would you say is one of the most rewarding experiences that you’ve had in fashion?

Aimee: I love photographers that love to push things and I’ve been so lucky to work with so many photographers who do that. In a weird way when people meet me they’re like ‘Oh my god, you don’t look anything like I thought you would. You look actually really normal.’ I get to work with photographers who make me look like some fabulous creature. Nick Knight is family and I adore Steven Klein.

Even though Matthew (Barney) is an artist, clothes have been a real part of that collaboration. Narciso Rodriguez made this glass beaded dress for me and it looks like the Chrysler Building, it was so heavy with these little spaghetti straps that it actually cut into my shoulders after dozens of hours and dozens of takes, but it was so beautiful. I am such a lucky girl everyday; I just think I’ve been able to work with people who have said yes to possibility. Being a girl growing up with prosthetic legs, all of my childhood I was always given stuff from the medical establishment that barely worked. As a teenager I thought, maybe I’m just talking to the wrong people. Maybe I need to go to someone who has no idea, no concept of what a prosthesis should be and talk about potential to create anything we want to create in the negative space where my leg ends and the ground begins and that is exactly what happened.

The Anniversary Party
NEXT