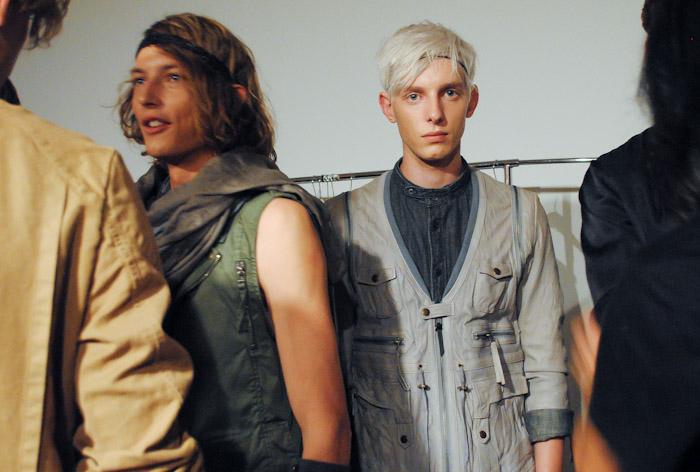 According to the program notes, Robert Geller’s Spring 2011 collection was inspired by the youth movements of the ’60s and ’70s, an “era in which young people around the world were awakened to the power they possessed to enact change.” Posters commemorating a 1967 demonstration by the Sozialistische Deutsche Studentenbund lined the wall, and the runway entrance was framed by television sets showing black-and-white protest footage. The seeming irony of violent movements for peace translated into a mix of tough shapes and loose cuts in the collection—one look contained both leather and silk. There were several standouts in the outerwear department, from thick knit cardigans to a stone leather flight jacket covered in straps. Geller’s take on the wide shorts trend featured pleats, and belts were carefully tied in bows. The most arresting feature of the collection was the color scheme, which ranged from olive and army green to peach and plum. Red made its appearance for the very first time as well. The models’ carefully mussed hair added to the overall tone of passion and moral insistence, Geller’s way of reminding us that there are still things worth fighting for. 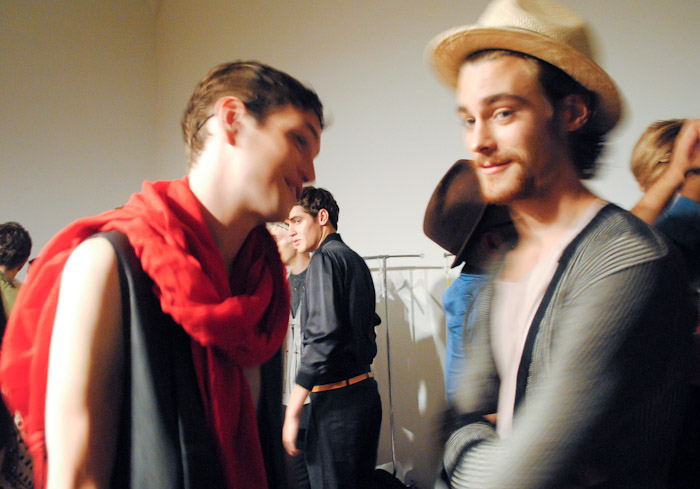 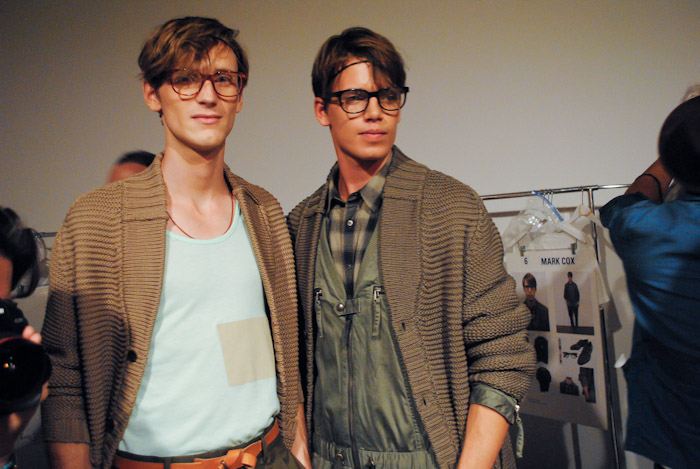 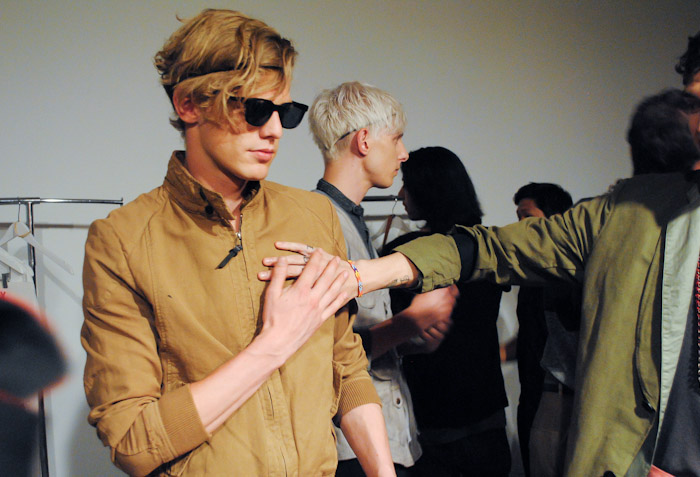 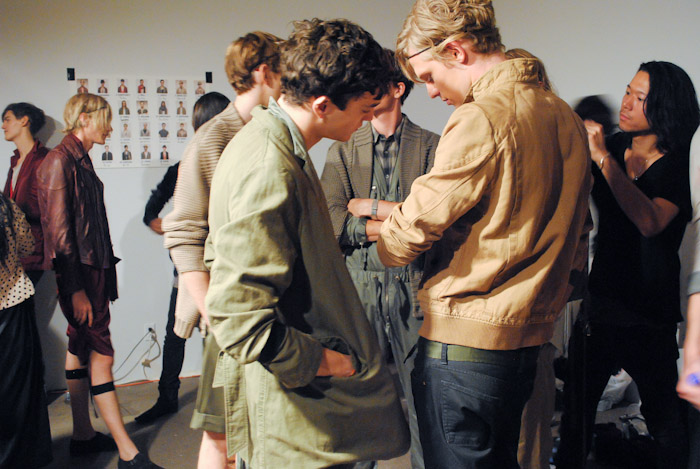