Obscure shadows, vivid colors, and indirect gazes are reflected throughout London-based photographer, Lucie Rox’s latest glossy zine WATER••COLOUR. Models Ajok Daing and Akuol Deng Atem portray almost mermaid-like creatures crawling out of an Afro-futuristic, surrealist world created by the likes of Rox and makeup artist Crystabel Riley. Inspired by the book The Deep by Rivers Solomon, Rox uses her affinity for light, water, and movements to co-create an idiosyncratic narrative that transcends restrictive stereotypes and the preconceived limitations of what a Black woman can be. Models.com spoke to Rox about experimenting during the numerous lockdowns of this past year, surrealism, and adjusting your tone as a photographer. 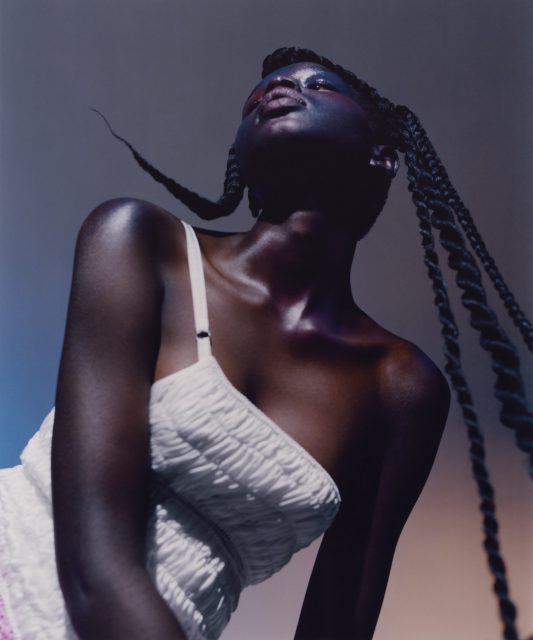 What led you to create this zine?
This past year, with all the multiple lockdowns, I spent a lot of time experimenting and researching. I had a few ideas of a new-ish direction I wanted to take but most of the projects that were coming in were more on the commercial side, meaning, there was always a brief of some sort. I was starting to get the feeling that the separation between what I was producing and what I had in mind was getting bigger and bigger, so I wanted to work on a project that would allow me to be 100% in control, focus 100% on my creative input and put to test the areas I felt I grew in during lockdown.

What elements from Rivers Solomon’s The Deep inspired the making of WATER••COLOUR?
When we were first discussing working on a project together, Crystabel & I were discussing how we could put skin, specifically black skin, in relation to the organic matter of landscape. I had just read The Deep at the point of this conversation, and I couldn’t help thinking of these hybrid creatures existing in an underworld. Water has been a theme in my work before, and I felt like these characters were the perfect inspiration to explore this. There are some incredible descriptions of sensations, vibrations, and textures in the book in relation to skin and water and how they interact. Even if we wanted to keep the reference to a distance at first, I’d say we ended up exploring these ideas too, in our own visual way. 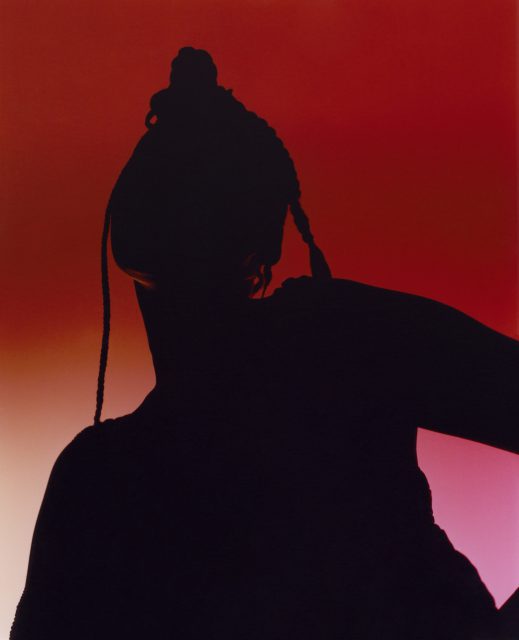 Why did you choose to work alongside makeup artist, Crystabel Riley, and hairstylist, Tomi Roppongi for this collaboration?
I’ve been working a lot with Crystabel in the past year, and we immediately had a connection that went beyond just work. When I decided I wanted to work on a more personal project, it felt very natural to ask her and see if she would work on a concept with me. We started discussing ideas and they were flowing naturally, we had the same vision. Later on, when we started organizing the shoot, we asked if Tomi would join us as she is also a long-time collaborator of mine. She exactly got what we wanted to do, and it was such a seamless collaboration between the three of us.

What is it about seeing Black women in an afro-futurist world that excites you as a photographer?
I think Afrofuturism, in a very wide sense, gives us this idea that we have the imaginative power to create and think of Blackness outside of what is expected from us. In this zine, I see some parallels with surrealism, which is all about transcending reality to bring it to a new level: it’s about being unlimited. The imagery of Black people, and specifically Black women, however, is often so restricted to a preconceived image, we are only allowed to be one thing at the same time, with no layers, to fit restrictive stereotypes when there is so much to show and so much to imagine. That’s what attracts me as a photographer & as a black woman, this idea that we can visually transcend these barriers to create our own narratives.

How does surrealism play a role in your work?
Surrealism is pretty central to my work. I am always attracted to art and pieces that have a clear or not quite clear link to some form of surrealism. First, it was with the actual Surrealist artists who were some of my biggest inspirations as a teenager. Then, someone like Sarah Moon was the first fashion photographer I admired, I was just mesmerized by her dream-like image and so interested in fashion photography from the point I knew of her work. Lately, I have been very interested in Deleuze’s analysis of Francis Bacon, and this idea of the sensation emerging from his work that is in a way, a more genuine expression of a feeling than any strictly figurative could depict. I think it’s this idea I am chasing in my work, one way or another, how can you stretch the basic elements of photography – light, shadow, movement – and allow the sensation to emerges from a subtle level of abstraction, of surrealism, in a medium that is by essence so matter of fact. 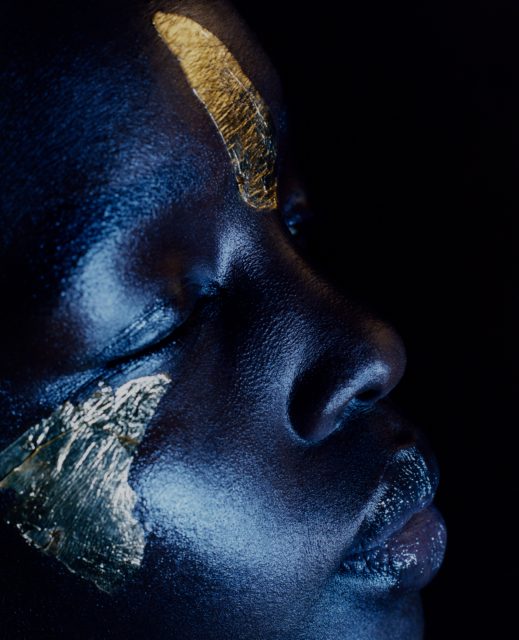 Why did you choose to shoot models Ajok Daing and Akuol Deng Atem for this zine?
I worked with casting director Emilie Åström on this project so she was the one suggesting Ajok and Akuol, and I instantly was captivated by them. It turned out to be the perfect match for the story, both of them were so incredible on set and embodied perfectly the vision we had for the shoot. It felt genuinely like a precious experience to work with them, they gave so much to the shoot – it was really beautiful.

What has been your favorite shoot so far?
I think this project was my favorite shoot in a very long time, if not ever. It was so freeing to work on a project with no one else to please but myself almost, without the pressure of fitting a client brief or a magazine issue. These restrictions are often necessary to grow, but it can be quite daunting if it’s not balanced by other ways of working unbound. Everything in this shoot happened in the smoothest way possible, we had the most fun day on set, and I love the result. It felt like one of these projects you manage to adjust a little bit more to your own tone, and it’s the most satisfying feeling. 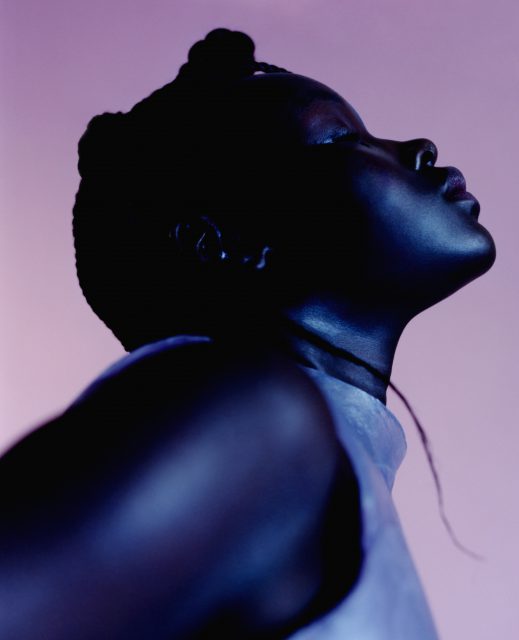 Are there any upcoming projects that we should be on the lookout for?
I was invited to be one of the Black Women photographers part of The Self Portrait, an exhibition which will be taking place from the 13th of May at HOME in London. It’s a black-owned, artist-led gallery / creative space in North London, created by fellow photographer Ronan McKenzie. I am so excited to be part of this show for which I shot a specific piece, a self-portrait that mixes collage and darkroom experimentations. I am such a big fan of what Ronan has done with the space, it’s such a beautiful and warm environment for Black artists to be showcased, it’s really an honor to have work on their walls. Behind the Image: James Valeri on Finding Provocative References and Candid Moments
NEXT Nick Kamen Passes, Prints to Help India and more of the news you missed