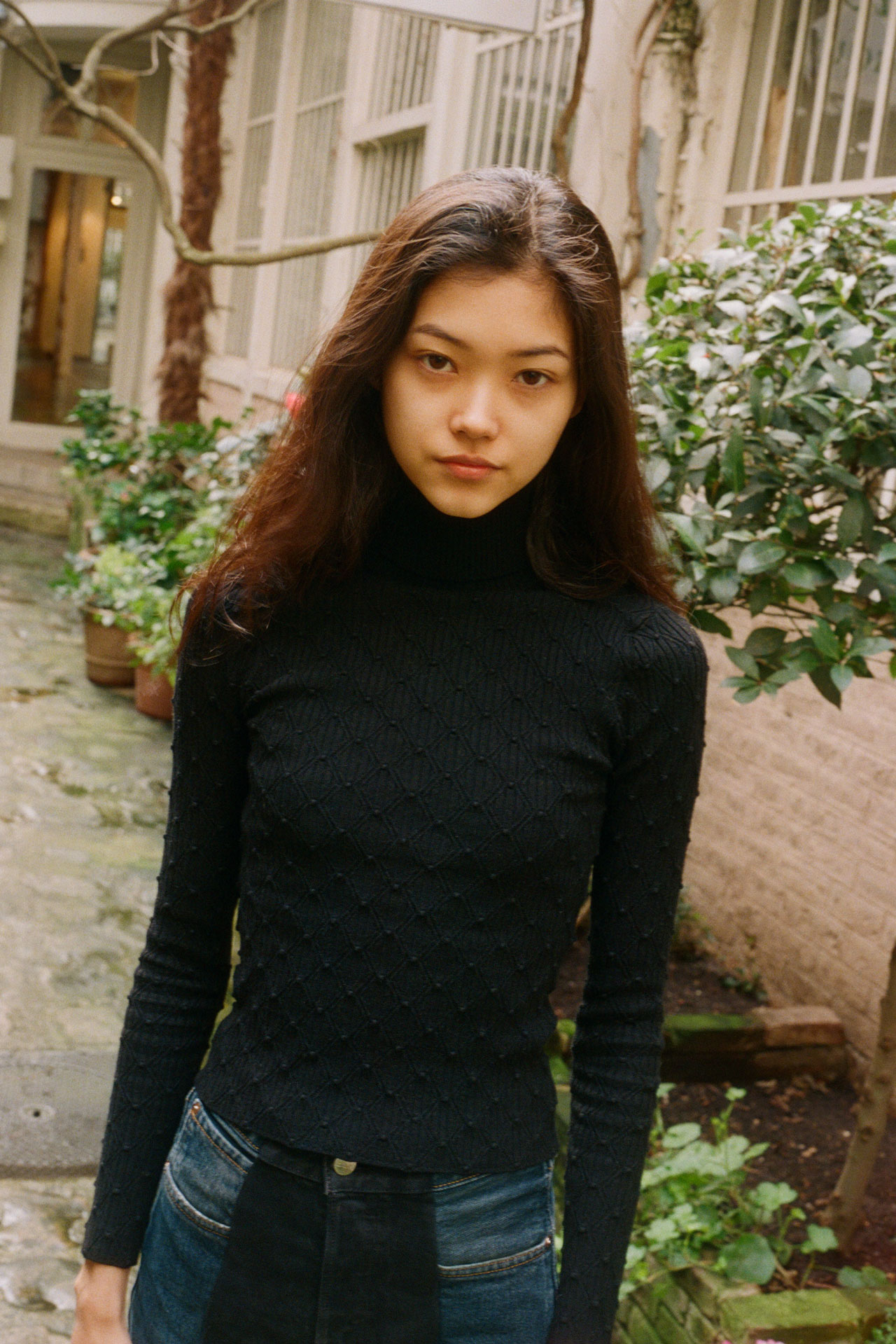 All photos by Mitch Ryan for Models.com

When first meeting Mika Schneider, her tranquil, assured nature registers as beyond her years yet her path to fashion runways makes her temperament logical. A child of the World, Schneider’s French-Japanese heritage had her living in Paris, Tokyo, Moscow and Chennai before getting discovered and debuting at Prada Spring/Summer 2020, last Fall. This season further fed her wanderlust as she memorably started the season as a Tom Ford bride and ended it as a Louis Vuitton idol. The 25 shows in between sum up an expansive demand for the nomadic new face, who has captured the attention of the casting directors of note. We quickly met up with Schneider before her Sacai fitting to talk about beginnings, self-discipline, and her billboard wishes.

How did you get scouted?
I started modeling in Japan but I wasn’t scouted. I just did a show in India and I talked to my mom about it, how it was. She bought a camera and she took pictures of me then sent them to some agencies in Japan. Because she did modeling, she knew which agencies were good. Last summer, I signed officially in Japan.

What agency?
Bon Image. In France, I got scouted on Instagram. Also last summer, my mom had an Instagram with photos of me. So, we were running it together and she put hashtags on some posts and the scouting team of Elite found me. It was crazy! I couldn’t believe the message I got. I was like, “Is that fake or real?” Because there are a lot of fake messages.

Were you just in school before you went into modeling?
I just graduated high school.

How many languages do you speak?
French, Japanese, English. I learned a bit of Russian but nothing too much…I learned German as well. My dad works for an international company.

Were you always traveling when you were younger?
Since when I was two. I was born in Paris and left when I was two and I’ve kept moving all my life.

You were on Top Newcomers S/S 20 last Fall and since then you’ve walked many more shows and you’ve done a few editorials. What has been your favorite experience so far?
I think it was the Tom Ford show in LA. It was my first time there and I met Tom Ford in person, he was so nice. The show and closing it as a bride – everything was so magical. It was just two days, but so good.

You looked gorgeous. Did you get to explore LA?
Not really. I was in West Hollywood. I didn’t even eat at In-N-Out. I ate Shake Shack.

What’s one thing that you kind of wish you knew before you got started in the industry?
To have self-discipline, to be really clear, and not letting myself go with the craziness because it can get really crazy.

Do you think is it hard to balance things?
Oh, yes. It’s not stable – you travel, you can work hours and hours one a day and not work four days after. It’s unpredictable. But it’s also exciting because you never know.

You started off as a rookie, but I don’t think we can call you that anymore. Do you have any advice for someone who wants to get scouted or just wants to start out as a new model?
Yes, get a great agency. It’s really important because they can take care of you. They get you the best castings and they’re here for support. It’s really important to have a great manager. And stay healthy!

What’s one thing that you would love to do that you haven’t done already?
A big campaign, just a really great brand that’s on a big street in Paris. I’m not the kind of person who wants to be everywhere, but a major campaign would be great. 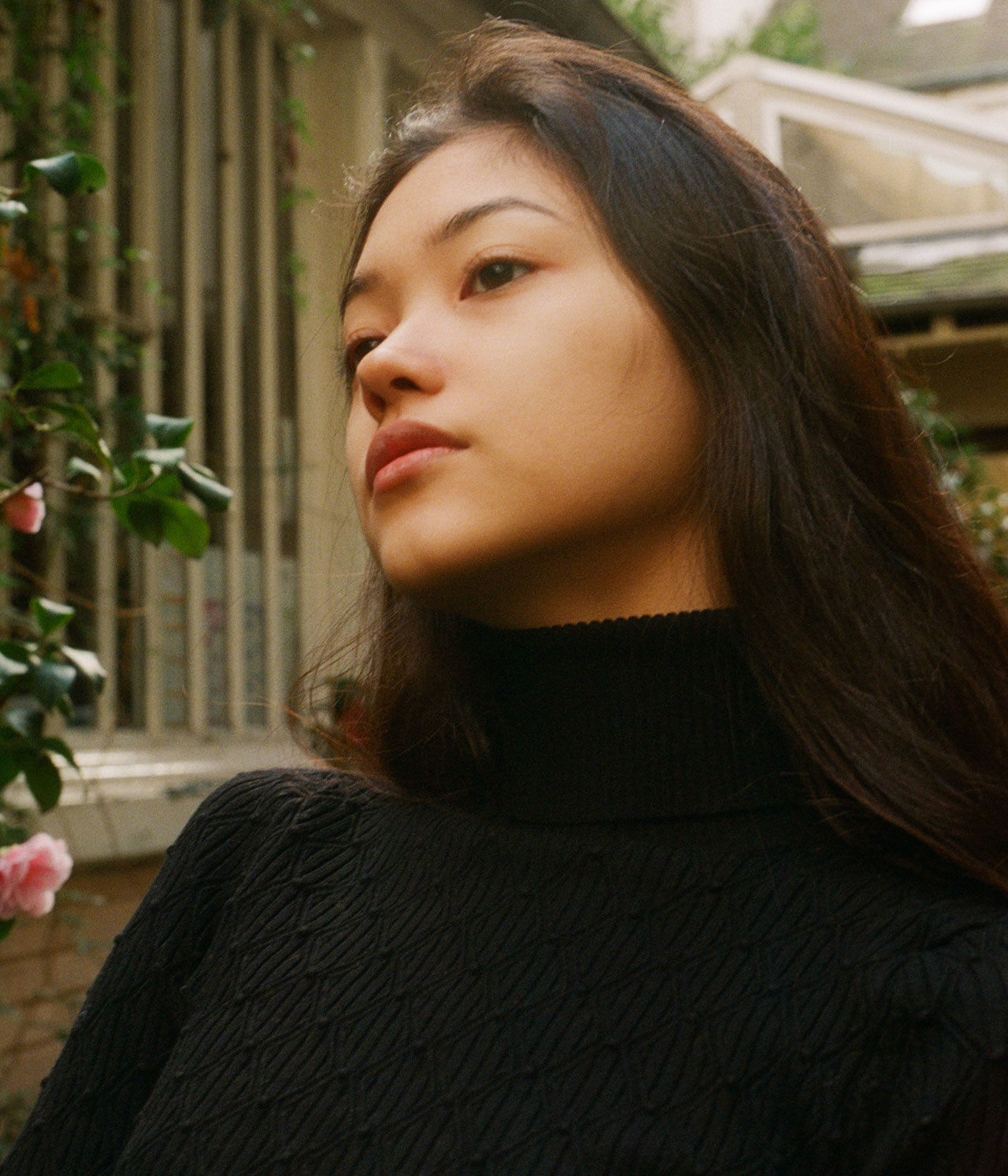 As Borders Rise, Vogue Tears Them Down