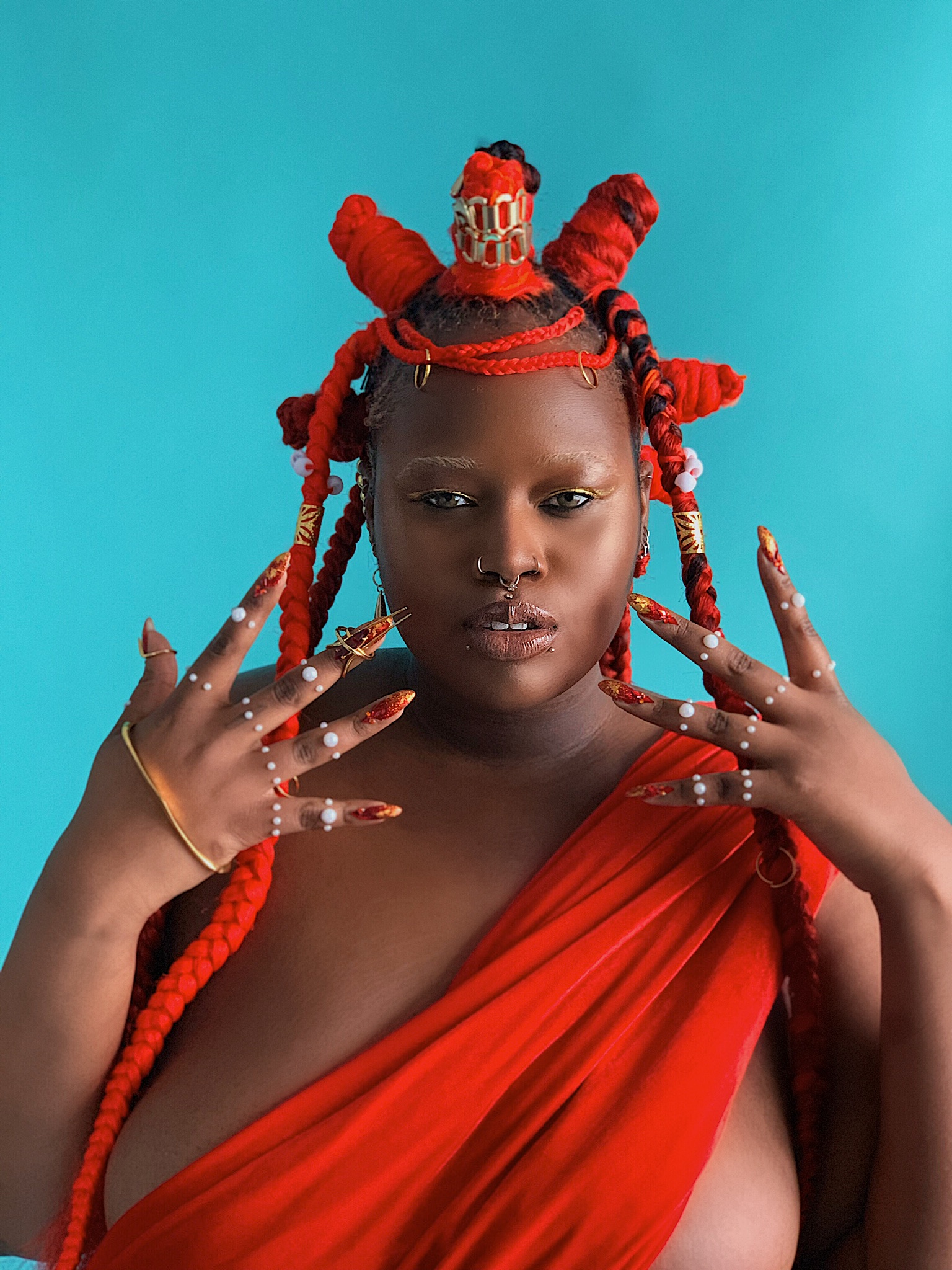 Expressive is likely an understatement for self-taught make-up artist Raisa Flowers, who fondly recalls after school beauty shopping excursions with her mom and watching YouTube videos with friends in her native Mount Vernon as precursors to her path. An eventual, life-shifting beauty course from Priscilla Ono (global make-up artist for Rihanna’s Fenty Beauty), being shot by Mario Sorrenti for i-D Magazine, and walking for Savage x Fenty has helped sum up her boisterous career.

Flowers’ zany and irresistible beauty looks have now become hard to turn away from, but she doesn’t even “realize how different it is” until she sees someone else’s work. She also hasn’t limited or boxed in her artistry, noting Zendaya on the cover of Garage as a “big moment” among her natural looks. Writer Nia Groce caught up with Flowers on navigating the industry as a Black creative, parlaying her talents into modeling, and why it is she who waters herself at the end of the day.

What are you inspired by for your beauty looks?
I feel like I find it within myself for the most part. A lot of looks I have tried on myself before or a friend and that is why it’s so comfortable and easy for me to produce. I’ve lived a certain lifestyle that allowed me to be expressive. I was a quote-unquote “club kid,” and being in nightlife you could go out, you could do whatever, you could be whoever you want to be.

That’s why my work is so expressive. Yes, I do natural. Yes, I do glamour — but one of my main focuses is normalizing the idea that beauty can be extra wild and different, especially on Black people. For me, I channel everything I see of myself and what I like, into my work. 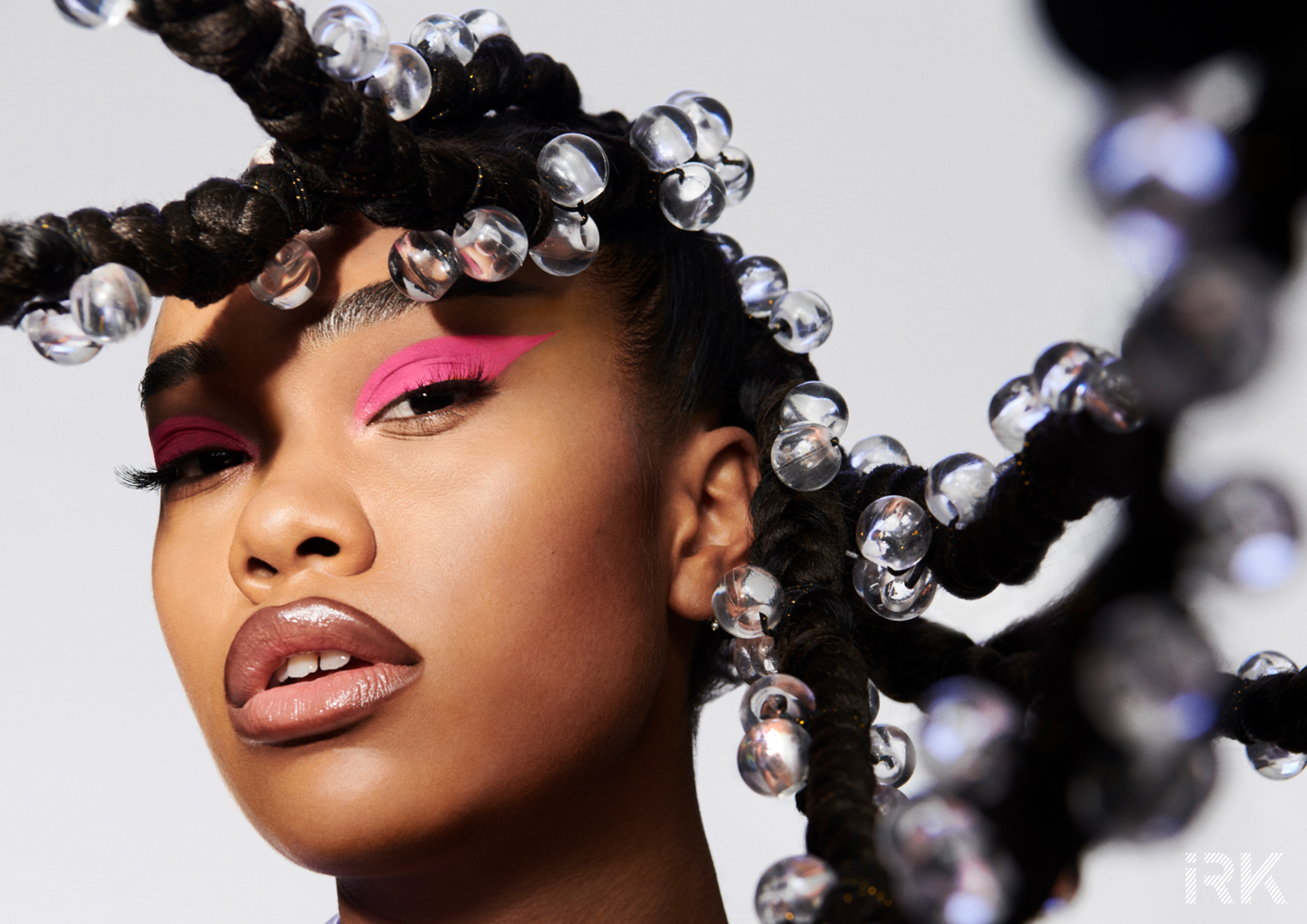 There seem to be gothic undertones with a lot of your make-up looks. How did this aesthetic influence your style over the years, if at all?
I wouldn’t say it’s necessarily goth, I think it’s just alternative, different and forward. When I create art I like it to be kind of dark and twisted, and people probably think ‘she’s a dark person’; but I’m very light and go through the world as a light person. In my art, I like to stress the aggressiveness to show it’s something that we can do. Cause there’s a lot of people that look like me that are afraid to go into this position because they are afraid of being judged. [So I] throw in a contact, or throw in something that elevates the work to an ethereal, futuristic, next level.

You’ve also done some modeling in your career. Did you always want to try it and how did you get your start?
I had little moments of feeling like I wanted to model when I was younger from watching America’s Next Top Model and stuff like that. But you don’t see girls — you see it now more often — that looked like me or my size doing those things. There were some iconic figures but few of them. So when I started it was random. I went on a shoot with my friend and got shot by a guy who randomly wanted to take photos of me. At the time, my friend was on a shoot with [photographer] Ethan James Green, but before he was as big as he is now. He took some portraits of her and me, they got on the Internet and then people started taking more pictures of me at parties.

People didn’t really get so into me with the modeling until I cut my hair off at the end of 2017 and bleached it. After that I had my first runway show, then later walked for Nicholas Kirkwood, then all of a sudden I was modeling for ASOS, Savage x Fenty, doing body modeling. I only do those things because I feel it brings more attention to people who look like me. I don’t necessarily do it for the notoriety from the brand. I do it because it can show someone else that they could.

Have you faced adversity breaking into any of the industries you work in?
Minuscule. In a lot of ways, it’s more so that people will see my work and won’t reach out. There are certain brands that do support me but there are certain ones that see and know and can do something, and they won’t offer up themselves to provide me with makeup. You know how many times I’ve hit up certain brands and they never hit me back…a lot of people will hire Asian or white makeup artists before they will hire a Black makeup artist, even with Black talent on set. I know it and see it and just don’t try to tap into it fully. I don’t want that to be my frustration all the time. I know I don’t have to worry, what is for me is for me. 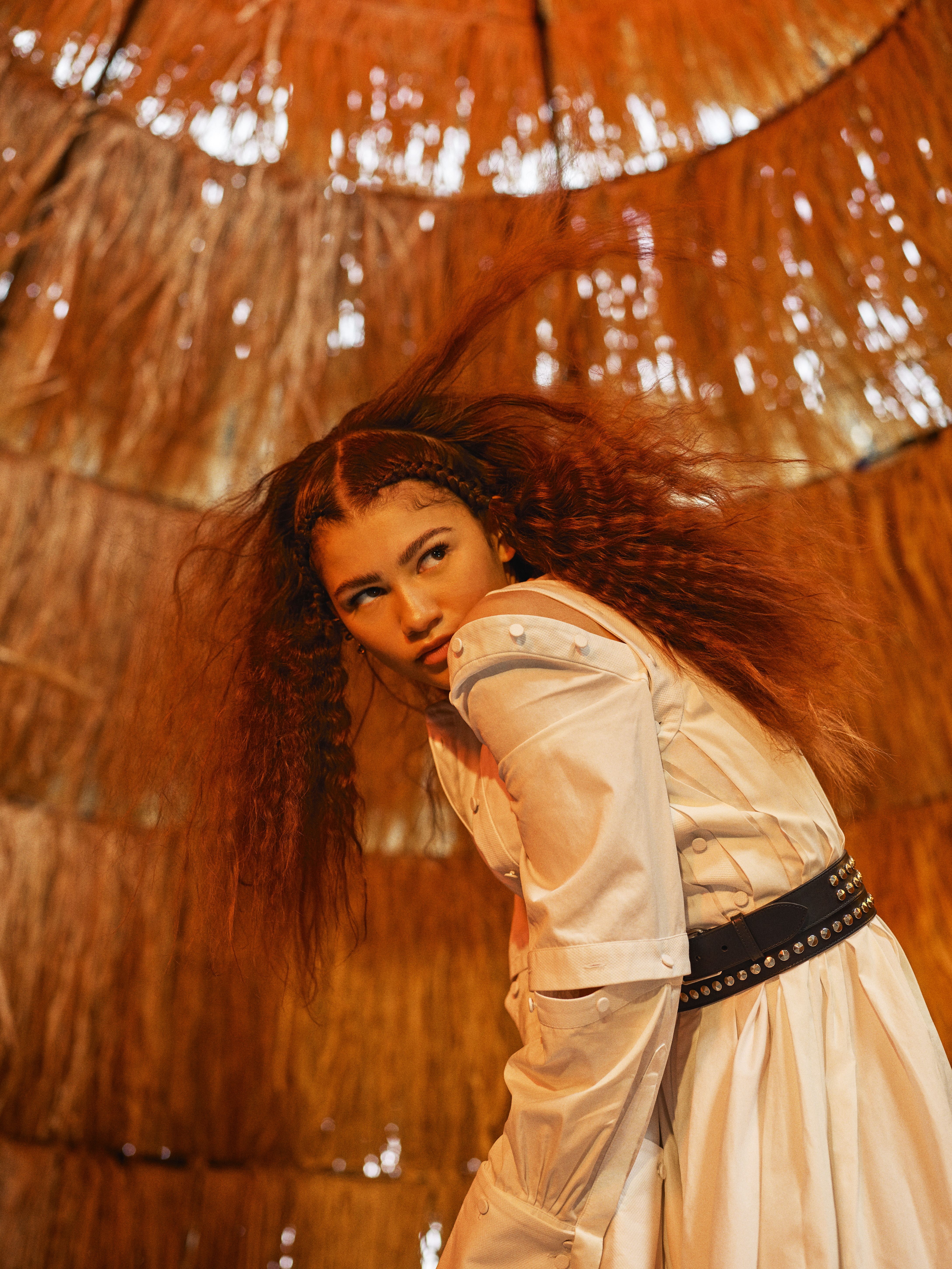 What are some of the big things still lacking in the industry today?
In beauty, there’s still lacking diversity and that goes for the modeling world as well. Yes, there’s a lot of Black models but they’re not necessarily all making money. There’s a few highly ranked ones but a lot of times it can feel very [forced]. There are a lot of times I don’t feel it’s done out of really wanting these people in these spaces. It’s just “oh, we need a Black girl in this, we need to add a fat person in that.” Some people do [care] but it’s very slim to the people that don’t. They don’t get the vision, they just want the vision to be there. But you have to get the vision, you have to understand these things.

What does beauty mean to you overall?
Beauty for me is all about elevating yourself and taking things you would normally not do and upgrading it to another level. I really appreciate that in the beauty world and how it’s so different and has come from different time periods. Beauty is a way of expressing yourself in ways you might not be able to with your words. I can tell a person’s personality by their makeup. Not a lot of people are expressive with their makeup because they are afraid and also judgmental of other people. So beauty needs to be used in a way to express people’s true selves, and that’s what I do with beauty. Top Newcomers announced, Coronavirus disrupts calendar and more of the news you missed
NEXT