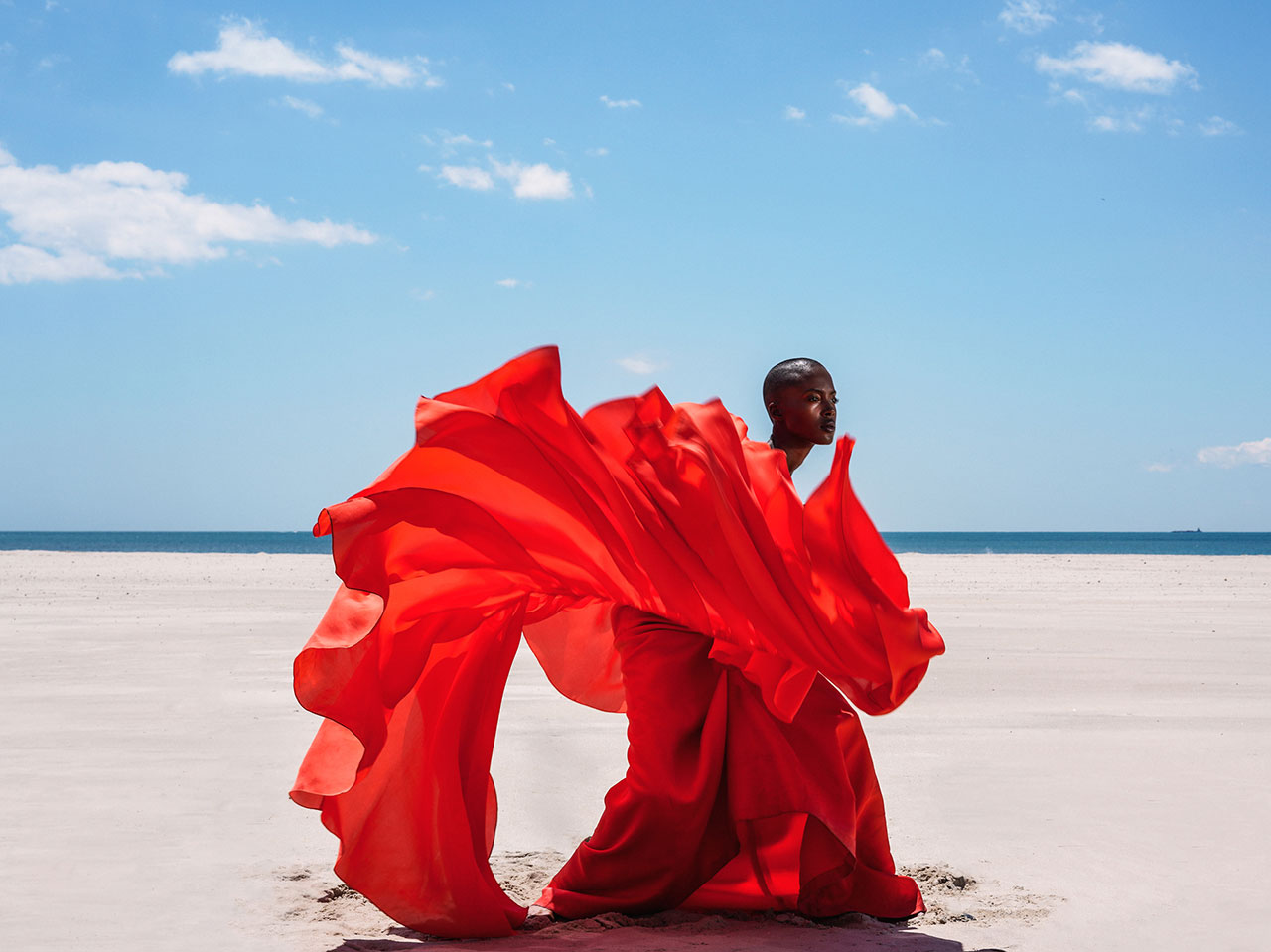 There’s been much discourse on the need for more inclusion behind the scenes, especially at institutions of power that have been sluggish in their response to new blood. Celebrating the rise of black creatives despite the odds, curator and art critic Antwaun Sargent has sought to highlight the radical growth of photographic talents with his new book and exhibition, The New Black Vanguard: Photography Between Art and Fashion. With model Ugbad shot by Tyler Mitchell on the cover, the new book features his work along with Campbell Addy, Micaiah Carter, Quil Lemons, Renell Medrano, Awol Erizku, Arielle Bobb-Willis, Nadine Ijewere, Namsa Leuba, Jamal Nxedlana, Ruth Ossai, Adrienne Raquel, Stephen Tayo and Models.com contributors like Daniel Obasi and Dana Scruggs. Jam-packed with over 300 pages of visuals including conversations with Shaniqwa Jarvis, Mickalene Thomas, and Deborah Willis the tome is a celebration of contemporary portraiture and the power of agency. Models.com spoke with Sargent on the year-long process of creating the new book, the diversity of perspectives, and what true inclusion looks like. 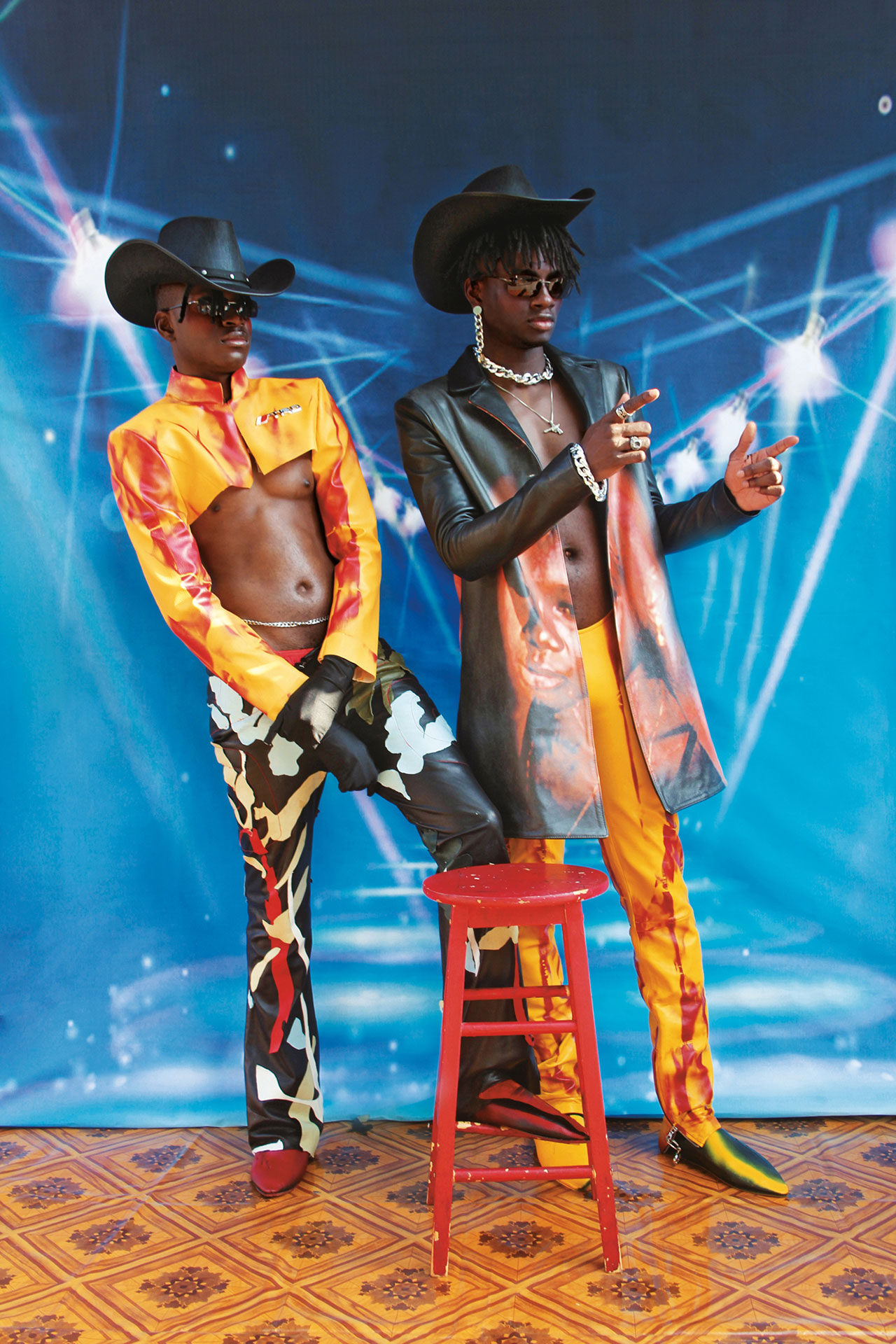 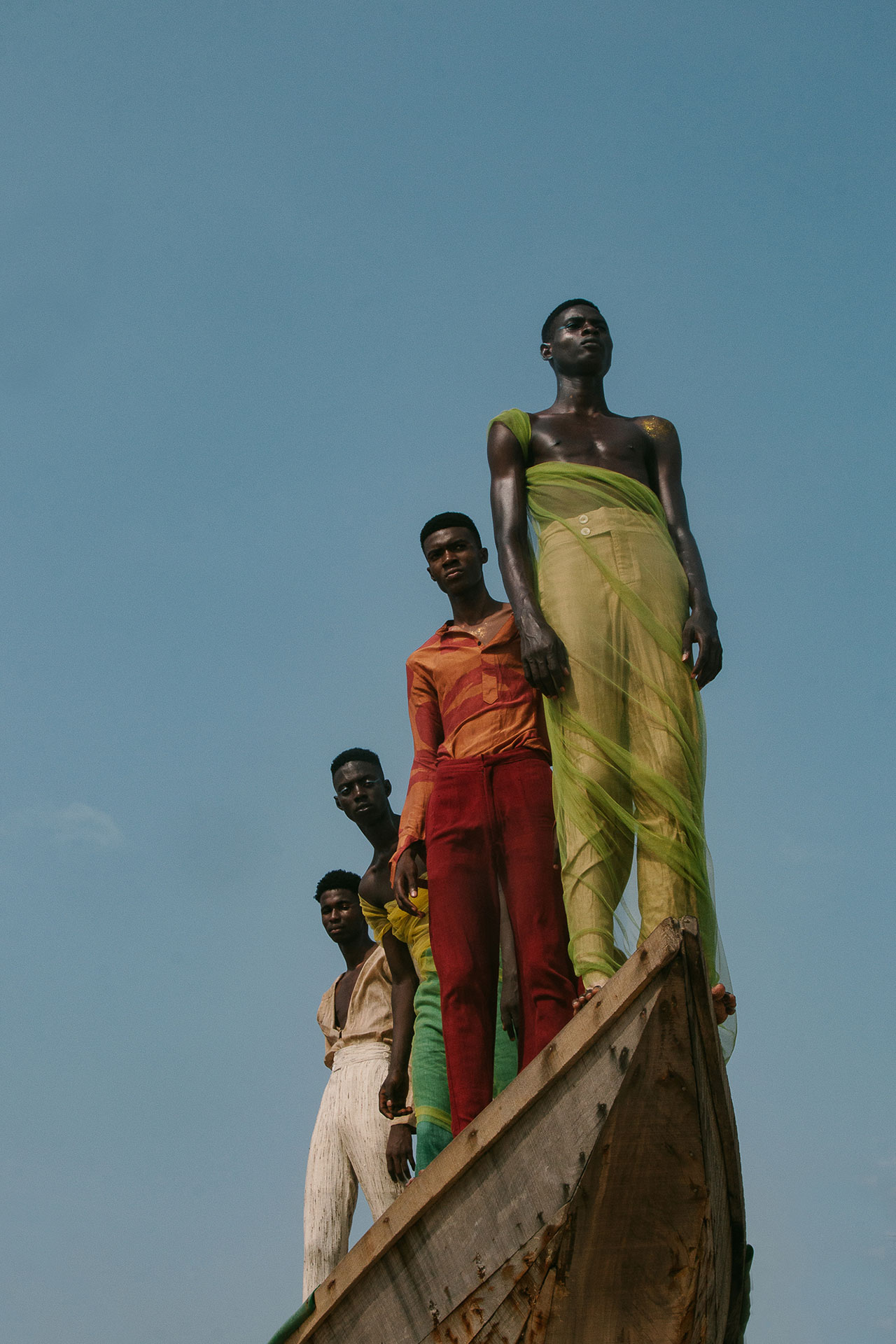 Who did you make this book for? When you decided that you wanted to collect the works of all these different perspectives, what audience did you have in mind from the jump?
The audience that I had in mind was the community that I believe photographers create for, which is different black communities. And I do believe it was important to adapt something that was of the community, that spoke to the community and that showed the community. Which isn’t to say that this book isn’t universal. I think all of the images speak to a universal quality of theory on gender and identity.

The first thing that I noticed when I first saw the list of photographers that was selected was that it expanded beyond just the American mindset of blackness and identity. You could have focused solely on American image-makers, so why was it important to include their global counterparts?
I think it tells a more complete story, the story of blackness. It’s the story of the diaspora. I think that’s one thing but also the other is that these photographers are increasingly working internationally. They’re exposed to each other and they’re working in London and working in Lagos and Monaco, LA and New York and it’s in the spirit of the images, but also that this is truly a global movement. These black photographers around the world are reconsidering the black image, as it relates to fashion and art. I thought it was important to focus more widely on the concerns that are being raised, not just in America but everywhere. 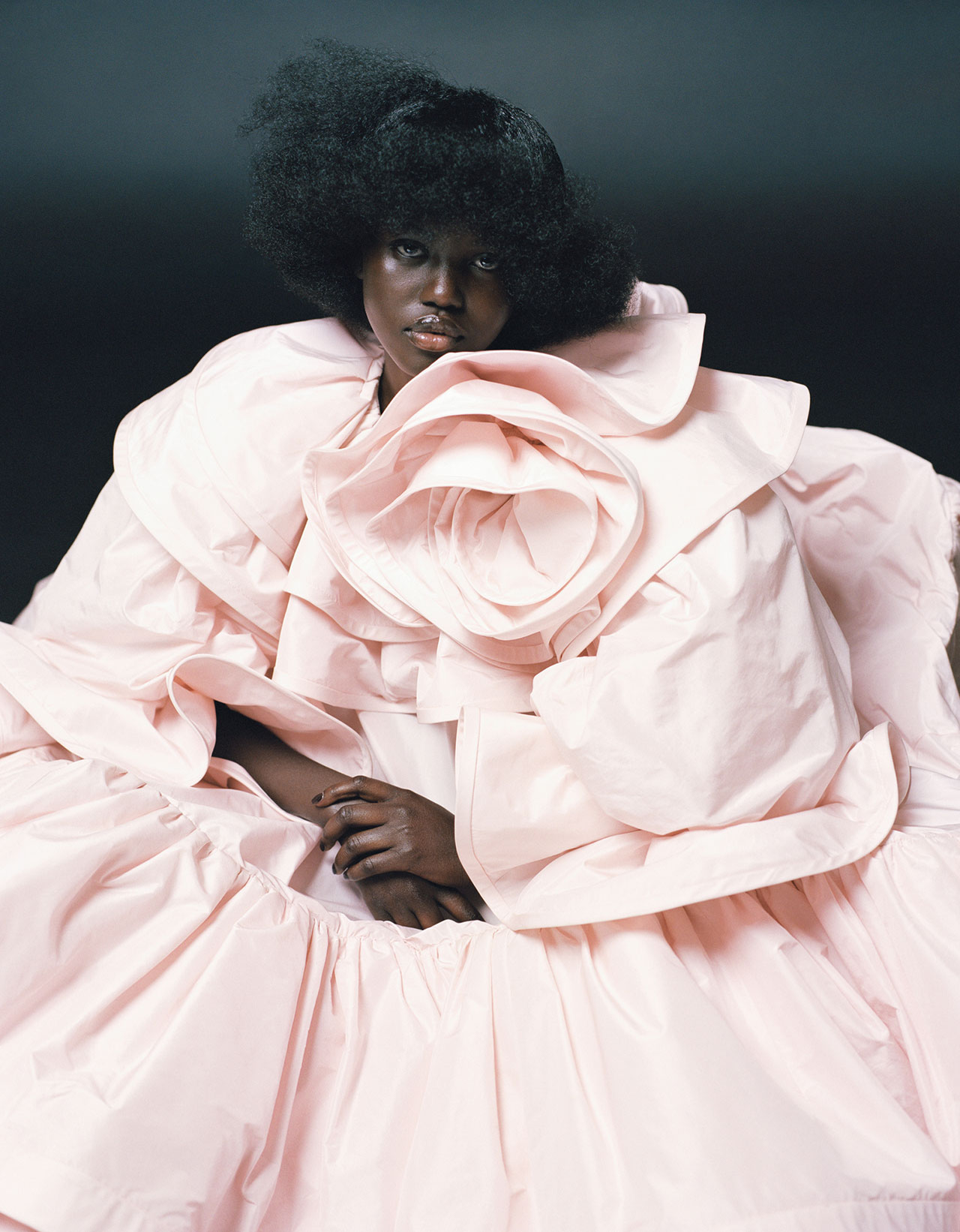 What was your process in choosing the artists and their work for this book? Did you look to any specific requirements to include them or like what was your process in picking the select 15?
In the book, they are 15 photographers and then in the exhibition, it expands to include other perspectives who are working around the world. We were looking at photographers who represented not just being fashion, not just being art, but this in-between space that was in a way creating something new, something dynamic. The 15 photographers are diverse in their concerns – from one image maker to the next you get a wholly different perspective, on photography, on identity. And so we wanted to make sure that the diversity of their perspectives shined through.

We also wanted to make sure that the image-makers were engaged in a robust conversation with history – to make sure that there was this discussion between the photographers in the book and older generation photographers. If you think about someone like Ruth Ossai and how she’s thinking about the studio portrait. How her images although they are all very contemporary, she’s thinking about her own family but they also point back to post-independence Africa, to images by Malick Sidibe, for example. You have someone like Mickalene Thomas and Quil Lemons, obviously of two different generations, but who are interested in notions of family, in notions of sexuality. It’s interesting to see that, although they’re both black, how they were thinking about those ideas differently and how those ideas have changed inside the community. So it was really about showing the diversity but also making sure that there were moments where we were talking to each other and not talking to our “mainstream.”

I thought that these photographers were some of the image-makers who were best doing that. They weren’t all. This book is 300 and some odd pages, it could have been 600 and some odd pages, easily. Just because there’s that much talent and we tried to use the exhibition to expand on the notion of the book. The book is in some ways, a beginning. The exhibition opens up on that conversation and hopefully in the future, we’ll have even more, bigger conversations and more photographers engaged in this space and engaged in rethinking our notions of what a photograph can do and our ideas about what is possible in the space of a photograph as it relates to the black body. 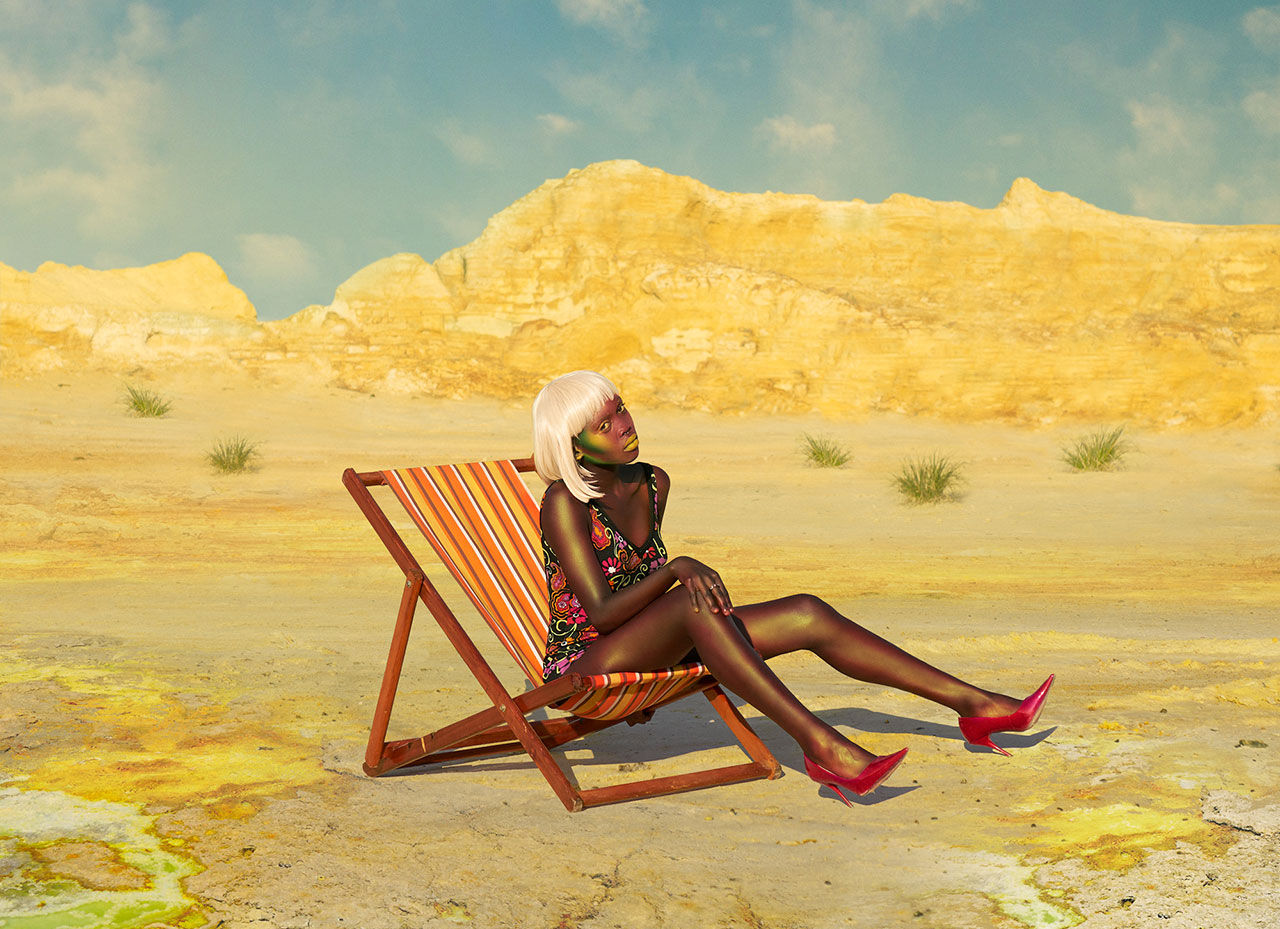 Did the process of making this lead you to any discoveries?
There’s a lot of new photographers that I didn’t know personally and I also learned more about each of their processes. I’m trying to give you the opportunity to dive into particular images with each of the photographers, which was really, personally valuable for me. I got to reconsider some of my conceptions of these things; of gender, of the black body of fashion, of art, just in speaking with the photographers. I just felt profoundly lucky to have spent the last year with these image-makers, deeply engaged in conversation about what their images mean and what they want their images to do in the world.

How has this overall experience affected your understanding of fashion and art en masse?
All of those institutions’ stories have been largely told by and through white voices and perspectives. Starting this project, I knew that there was a shift happening. I just didn’t know how deep this shift was. To work with these photographers, I got a real sense of optimism that change in these industries, which has been this way for a century, is possible and it was happening. On the other hand, there is still a ways to go when you really think about what true inclusion looks like. True inclusion does not mean you use the same five photographers and the same five models. That’s not true inclusion. I think one good example of this is the black issue of Vogue Italia, which sold out when it came out in 2008. It was held as this breakthrough and that it was this amazing thing. In terms of model diversity, yeah, it was but none of the photographers were black who shot these images. So a lot of those images relied on stereotypes and white notions of beauty. This kind of bone straight hair and no reflection of the kinky hair that black people have or the diversity of body types. At that time, that was innovative. We have to acknowledge that for what it was, but what we’re after is real representation. With all of these images, we get a little bit closer.

And not just about real women but also there’s a lot of fantasy involved in these images. There’s a lot of fantasy that gets us beyond some of the everyday notions that we’re stuck in. I think that’s important because the more you see blackness in these fantastic scenarios, the less of a shock say that comes when a black woman’s going to play Ariel, The Little Mermaid because we’ve exercised that muscle. They can also be superheroes. They can also be a whole range of things. I think that images are deeply important to help condition our thinking around what’s possible. 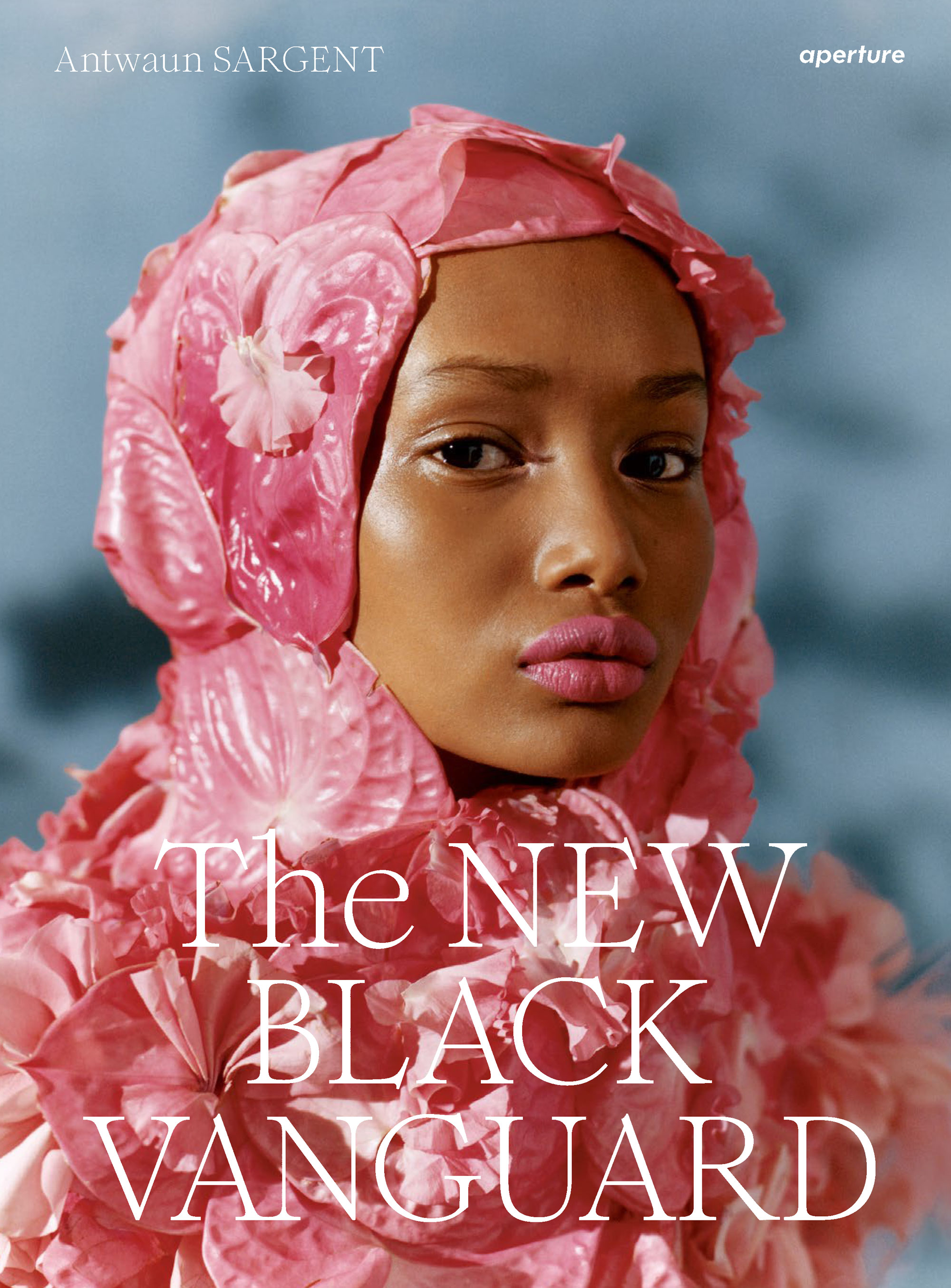 What they were: See what the models dressed as for Halloween
NEXT