Rome for the holidays: Gucci chooses Roma for Cruise 2020
Alessandro Michele himself won’t need to go far for Gucci’s Cruise 2020 show which was announced to be taking place in Rome’s Capitoline Museums, the art and archaeological sites in Piazza del Campidoglio only about a 25-minute walk from the house’s headquarters. Alongside the announcement of the whereabouts of the May 28th show, Gucci will also be donating to the restoration of part of the historical site. The brand’s previous Cruise show was in Arles in the South of France and as for the rest of the pack: Dior shows April 29th in Marrakech, New York will host Prada (May 2nd) and Louis Vuitton (May 8th) and Chanel will be in Paris on May 3rd. [British Vogue]

Clare Waight Keller to have her first Givenchy men’s show at Pitti Uomo
Pitti Uomo named Givenchy as the special guest of the Florence-based trade show, WWD reported. The house’s artistic director Clare Waight Keller will be showing her first non-coed menswear collection on June 12 during the 4 days of the event, the collection is part of a strategy of LVMH to grow revenue in the men’s market. Keller became artistic director of the house in 2017 and became the first female to helm the brand. The designer told WWD, “Obviously, being a French couture house, our roots are in Paris, but to take the first leap into men’s wear on a runway level, I felt that would be an incredibly special moment to do it.” [WWD] 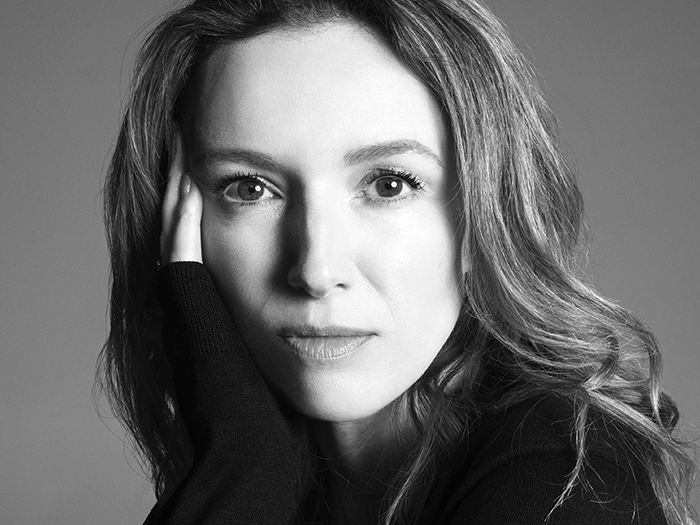 Tom Ford Set to Replace Diane von Furstenberg as CFDA Chairman
The CFDA will possibly vote as early as next Tuesday on a measure to replace current chairman Diane von Furstenberg with the master of minx, Tom Ford. After a long 13-year tenure, DVF has stood as the face of the public organization and been responsible for the continued elevation of American designers with the nurturing of the CFDA/Vogue Fashion Fund, programs like Americans in Paris, and the creation (and demise) of Fashion’s Night Out. If elected, Ford will bring his avid expertise working on his established, but relatively young and eponymous brand, along with his international experience as the creative director at Gucci, helping establish the Gucci Group, now Kering, and bringing sartorial heavyweights like Alexander McQueen and Stella McCartney into the Kering fold. [WWD]

Sonia Rykiel drops Julie de Libran
Yesterday, it was announced that creative director Julie de Libran is abruptly out from her position at Sonia Rykiel after five years and with a year-and-a-half still on her contract. WWD reports after the announcement a spokesperson confirmed that the French luxury house is “not for sale” and is rather, restructuring the design studio after the company has been operating at continuous losses since 2013. During her tenure, the designer aimed to continue the codes of Rykiel, dubbed by WWD the “Queen of Knits”, which included pieces like the peacoat; the ribbed, striped sweater; tracksuit pants and the culotte skirt. De Libran joined the brand from Louis Vuitton, where she was women’s ready-to-wear studio director under the direction of Marc Jacobs.

A New Angel Descends for Victoria’s Secret
Start getting those shrines nice and devotedly ready! A new angel has descended from the lingerie selling heavens this week as Victoria’s Secret announced it is adding to its winged roster, Hungarian stunner Barbara Palvin. The power contract will join the model with the likes of money-making machines like Jasmine Tookes, Elsa Hosk, Josephine Skriver, Taylor Hill, and many more of the beautifully inclined.

Christian Dior Exhibit extended at the V&A
Good news museum patrons! If you’re lucky enough to be in London and a fashion devotee, you have an extra seven weeks to visit the Victoria & Albert Museum and check out the must-see, high-demand Christian Dior: Designer of Dreams. The exhibition on display until September 1st includes work from the 1940s New Look era spanning all the way into present-day pieces from the design command of Maria Grazia Chiuri. [INDEPENDENT]

Have you seen the ballroom in our #DiorDesignerofDreams exhibition yet? This beautiful photo is taken by @cathymc67 and made it to this week's #myvam. To see this week's best posts check out our story ?