The conceptual line between common sense and just common is a fine one in womenswear. In the wrong hands, walking it can mean certain unfashionable, death–to be dramatic. Those designers who do it well, though, and with distinction, are more precious than gold. That makes the charismatic and young New York-based brand Commission a precious commodity as far as anyone’s wardrobe is concerned. Consisting of Jin Kay, Dylan Cao, and Huy Luong, the triad has set out to make super self-aware, type-A type clothes for the type-B. Pencil skirts and blazers smart enough for whatever kind of board-room behavior you might be into, with a shared code cleverly tailored into the DNA of the brand. Mining from East Asia dress codes of 1980s and 1990s the label is largely underlined by their collective heritage as first-generation immigrants hailing from Korea (Kay) and Vietnam (Cao, Luong), consciously channeling their upbringing to diversify the details of dressing well. Because you need to know about them, Models.com exclusively presents a Commission film directed by Brett Milspaw and styled by Tereza Ortiz. Watch the full video below and read our interview with the designers who discuss their brand’s DNA, their craft and rethinking Asian stereotypes.

What is the origin of Commission? How did it begin?
Commission started as an ongoing discourse between ourselves as first-generation immigrants in the US. It was our effort to combat the lack of visibility that we personally felt in the industry as a minority and as creatives. The image of our Vietnamese and Korean mothers in 1980s, 1990s East Asia is what unify us as a memory and as a direct translation of the brand’s DNA. We wanted to create a brand that celebrates our heritage through both clothing and the visual language of branding, film and photography.

Who are you your clothes for?
We believe that whoever can understand the story we’re telling and relate to it in one way or another is our client.

What common inspirations have influenced your approach to design?
The nostalgic beauty in the way our mothers used to dress and the memories we have surrounding their lifestyles are the main inspiration for our creative process.

Is there something that has indirectly influenced your process you wouldn’t have expected?
We actually find out more and more in our research that the dress-code in many countries across Asia, despite their very distinct traditions and visualities, happened to share a lot of stylistic similarities within the 1980s and 1990s. Our approach to design then becomes a constant exploration of this common language. We find ourselves expanding beyond our childhood regions of East and South East Asia and picking up bits and pieces from all across the continent, which are and will be the identity for many collections to come. 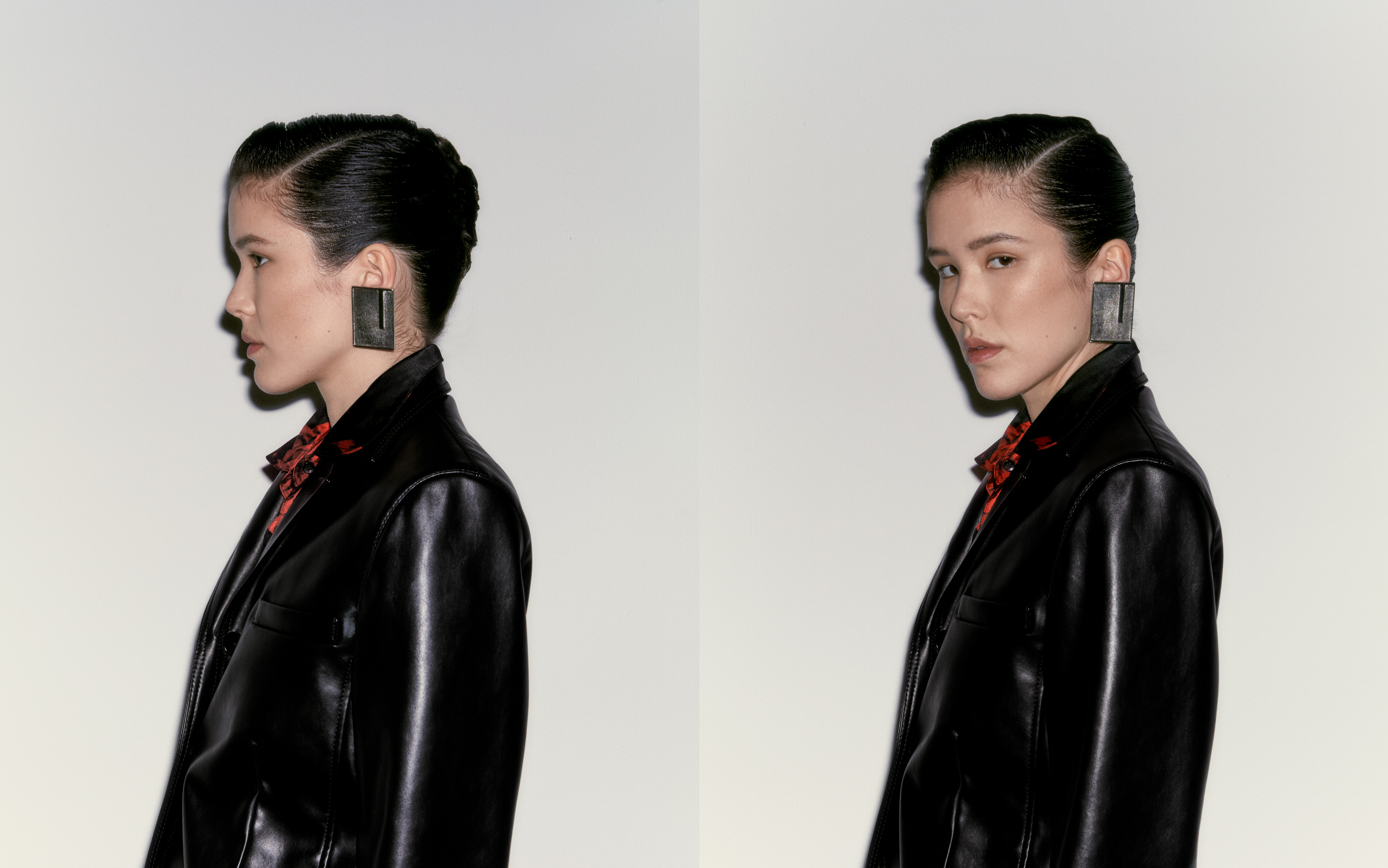 What’s the most difficult part of having a singular voice in this collaborative effort?
We think the biggest, but also most exciting, challenge that we go through everyday is not only agreeing to disagree but channeling those differences and evolving the brand forward using the good that comes out of our every clash, whether it’s a creative decision or a business approach.

What techniques define you as clothing makers?
Going back to the previous question, one of the challenges we have is to not take ourselves too seriously, which in turns sort of becomes our defining identity. It seems to be a marinade of seriousness and humor. If you pay close attention, it’s easy to see that we put a lot of witty elements on the corporate look, which comes from the way our mothers used to dress for their work back then. It’s often about a slightly larger shirt being tucked too tightly, skirt-tails rising up the leg when driving a motorcycle or purse straps falling off the shoulder when clutched underneath a dress or a suit jacket. It can also be the sheen of some synthetic fabrics that never wrinkle or shoulder pads that are an inch too big on their small bodies. In the end, we also want to elevate these elements and speak of our memories using a modern vocabulary through good craftsmanship and a timeless quality, working with the best manufacturers in New York and sourcing the best fabrics we can with Italian weaving and printing mills.

If you pay close attention, it’s easy to see that we put a lot of witty elements on the corporate look, which comes from the way our mothers used to dress for their work back then. It’s often about a slightly larger shirt being tucked too tightly, skirt-tails rising up the leg when driving a motorcycle or purse straps falling off the shoulder when clutched underneath a dress or a suit jacket. 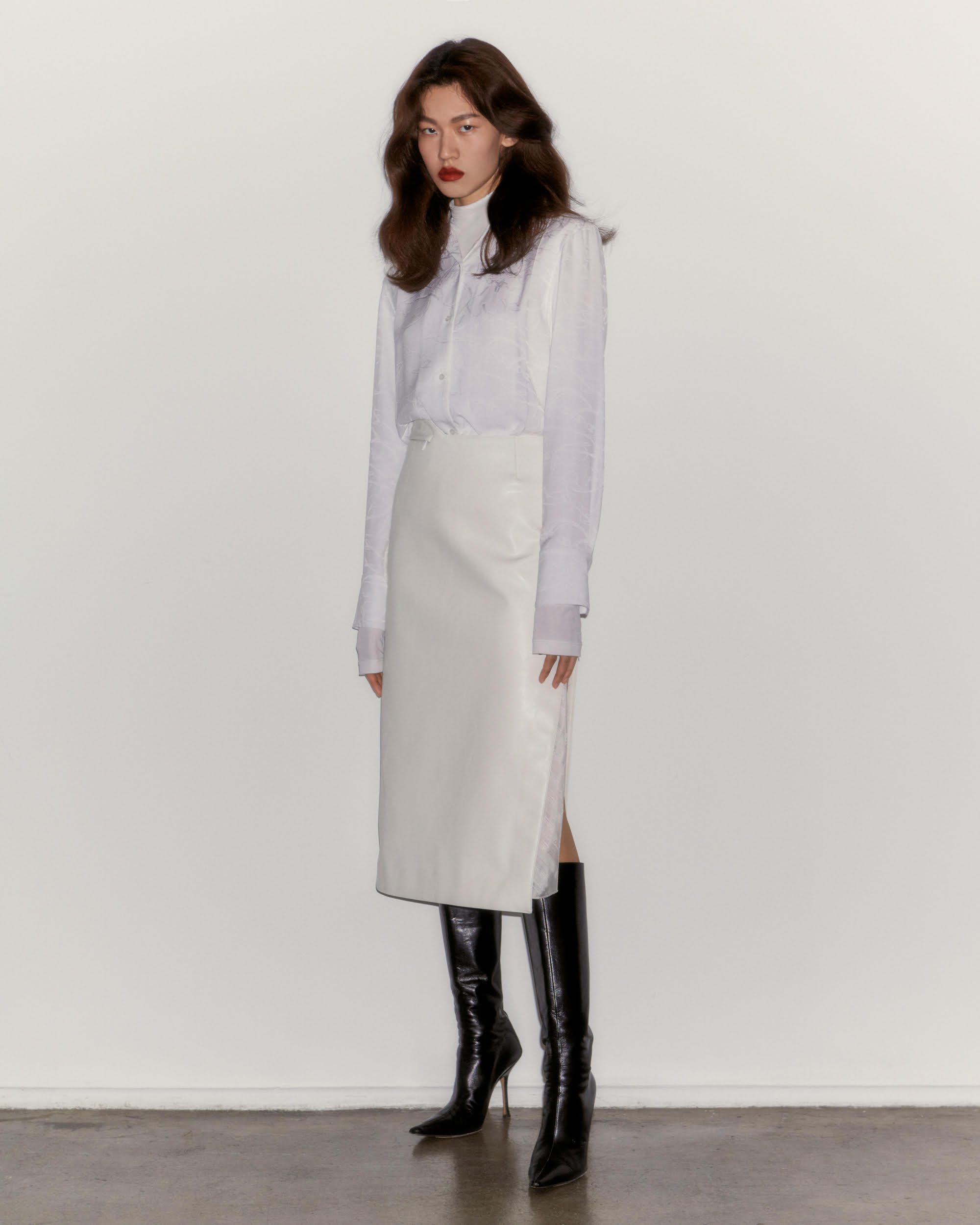 What is (or is not) the role of an emerging designer in the the current, fluctuating state of the industry?
We think having an awareness and a sense of your surroundings, whether it’s political, cultural or environmental together with a distinctive voice is a good start of fulfilling that role. It’s very difficult to hit many targets and to solve many issues at the same time when you are newborn brand, but it’s good to start with one. We believe that anyone who has the means to start a brand, big or small, automatically has a platform to say something, and to use that in building a community that stands for the same purpose and the right purpose is very important. But in the end, we also think a message is as equally important as a good product, especially at a time where there is so much waste. Making garments and products that last, in a responsible way, seems like the most efficient tool to forge forward whatever message or story that you’re standing for. It just doesn’t seem balanced when such a grand ethos or deep meanings are attached to garments that have a short life-span. 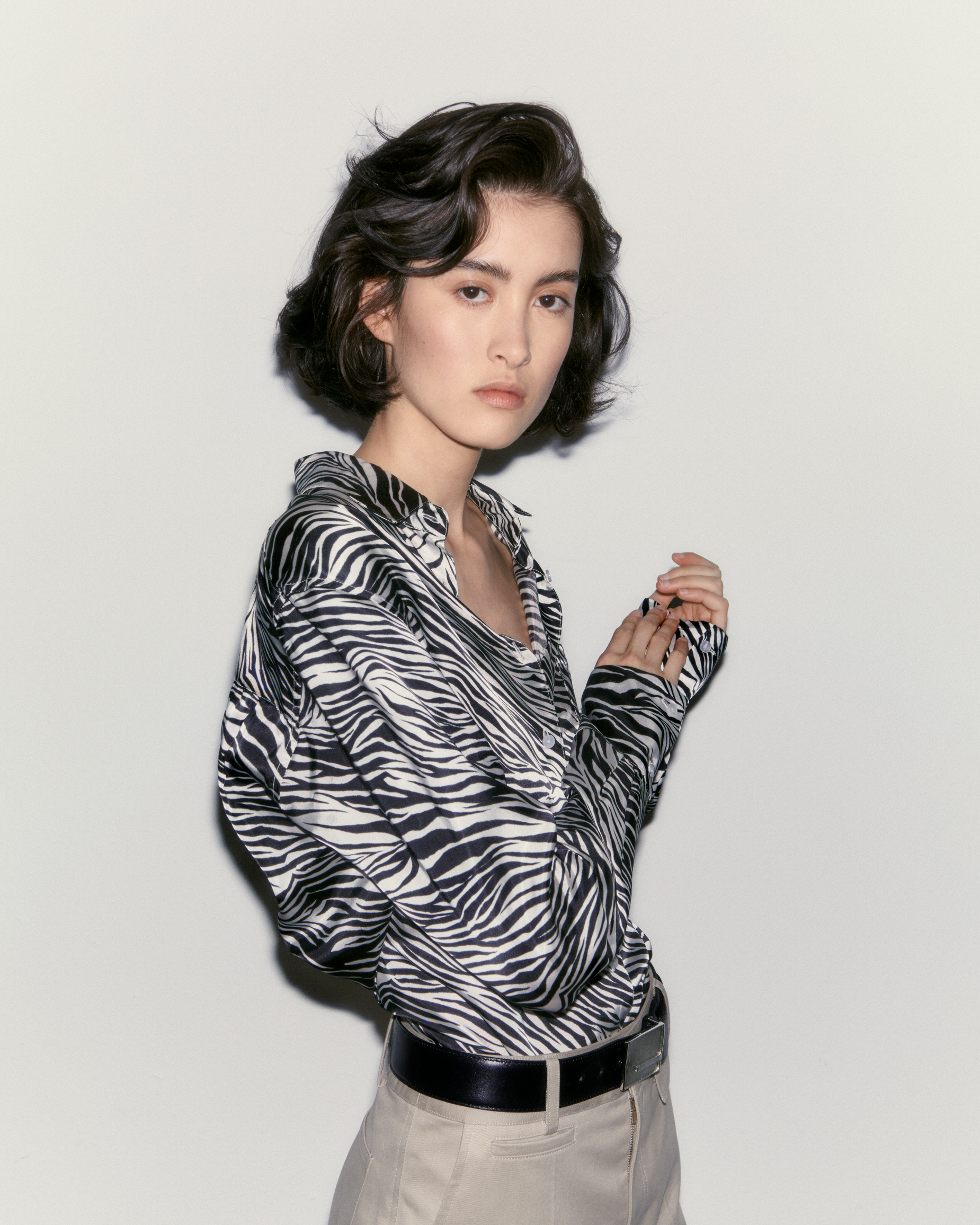 On that, any particular challenges you face?
We think it’s still challenging for people to fully understand that we are inclusive as individuals and as a brand. One of the most important and on-going missions we take on is to be consistent at pushing the identity of our backgrounds and heritage, which to a certain extend, can be mistaken as being exclusive. We want to invite everyone to listen to our stories and to wear our clothes. What we have been and will always be doing is to shine light on what has been under and misrepresented.

We want to invite everyone to listen to our stories and to wear our clothes. What we have been and will always be doing is to shine light on what has been under and misrepresented.

What hopes do you have as emerging designers?
We really hope to re-define the visual language surrounding the common and stereotypical understanding of Asian cultures and beauties. We want to keep celebrating a time in history that is not often romanticized about and to say that there’s more to Asia than just theatrical dragons, lotus and traditional costumes. See what the models were wearing off-duty during Paris Couture Week! Pt.2
NEXT