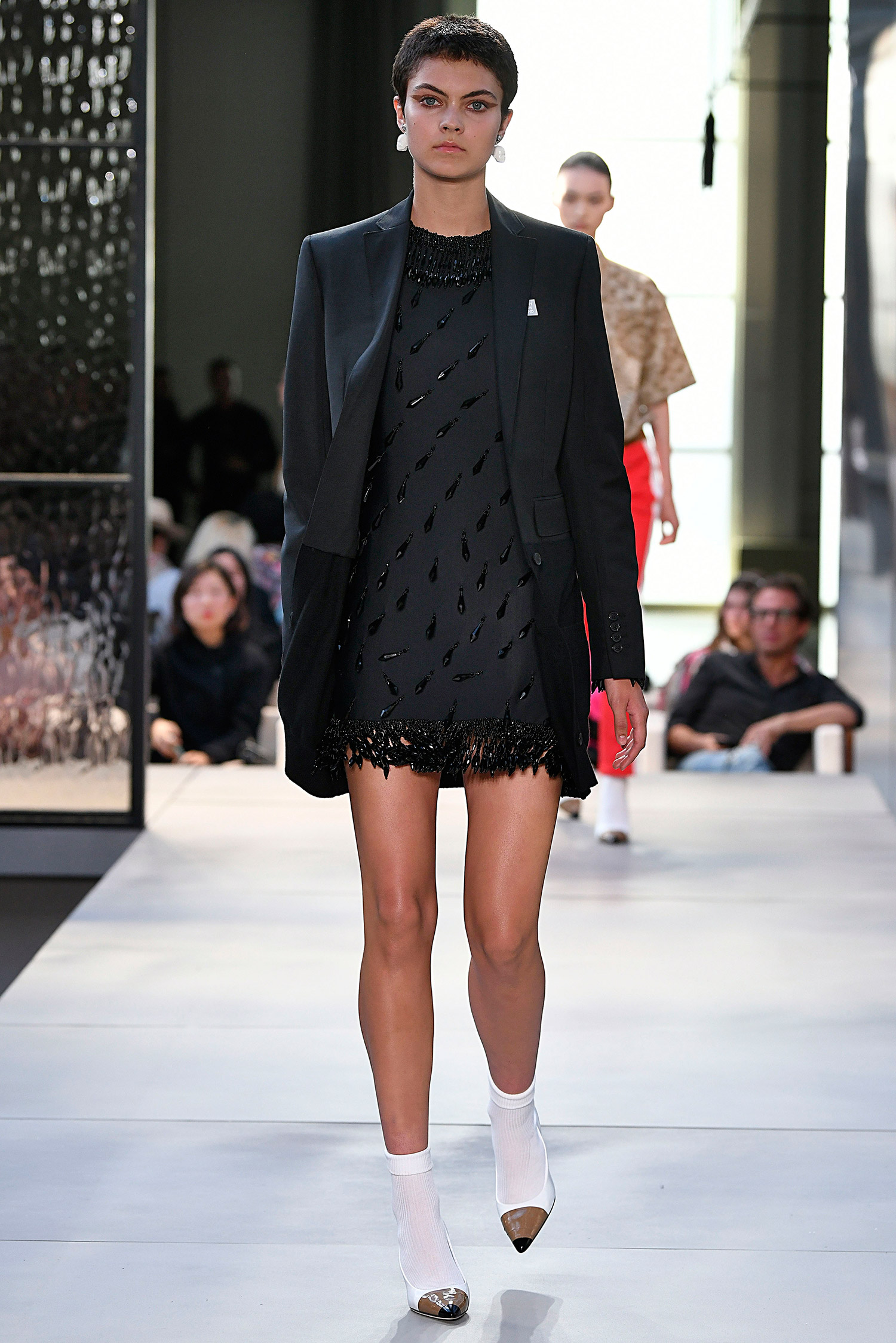 Let’s be honest, there was a lot to look at while viewing Riccardo Tisci’s first Burberry 130-some-look show, where the designer presented his facelift for the British heritage brand, both men and women’s. Once the dust settled from his sumptuous 3 part (refined, relaxed, and evening) procession of TB blazoned beauties the poring over began. Meet show exclusive Alisa Rajewskaja who counted the historic show as her very, very first. “I am super new to modeling!” she admits, writing to us from her model apartment after recovering from 3 days of little sleep. Alisa was an easy spot on the runway in a black, crystal drop dress, the German-born model’s baby blues set against a gamine elfin pout and an ultra trimmed, dyed pixie cut thanks to Guido Palau. Discovered 5 years ago in Hamburg the then brace-faced model-to-be wouldn’t start her career until finishing school this past June. An invitation to London for a Burberry casting with Riccardo and casting director Adam Hindle would fast-track her out of obscurity.

It was a learning experience for her, “Everything I did there was a first for me,” she says mentioning her favorite bits, “Watching behind the scenes, the whole process from casting to fittings to hair and make-up. [It’s] so amazing that I was able to be a part of this world.” Alisa also got the bad stuff out of the way, like narrowly skirting every models’ worst nightmare–a runway mishap. Saved by a well-executed shoe ditch, she was able to turn a near-fall into a moment of aplomb. Remember when Karolina Kurkova’s shoe broke off on the Victoria’s Secret runway and she acted like nothing even happened. She can count herself among the greats. Still, Alisa urges, “Dear readers, never, NEVER wear some shoes when you don’t feel your toes anymore! I felt like one of the bad sisters of Cinderella.” With the thought of falling in front of Anna Wintour in the back of her head, Alisa had to do what needed to be done, “I prevented it by slipping out of my shoes and carrying on in my socks.” Brava. Now the newcomer is determined to gain as much experience as possible in order to improve herself, doing so under one stipulation, “For me, it is very important that I can laugh about myself,” she says.

Alisa’s Instagram is @alisarajewskaja. Visit her Models.com profile and click or tap the heart icon to favorite Alisa and keep track of her work. Meet the Breakout Faces from the London Fashion Scene
NEXT Meet The First Model of Color to Close Prada