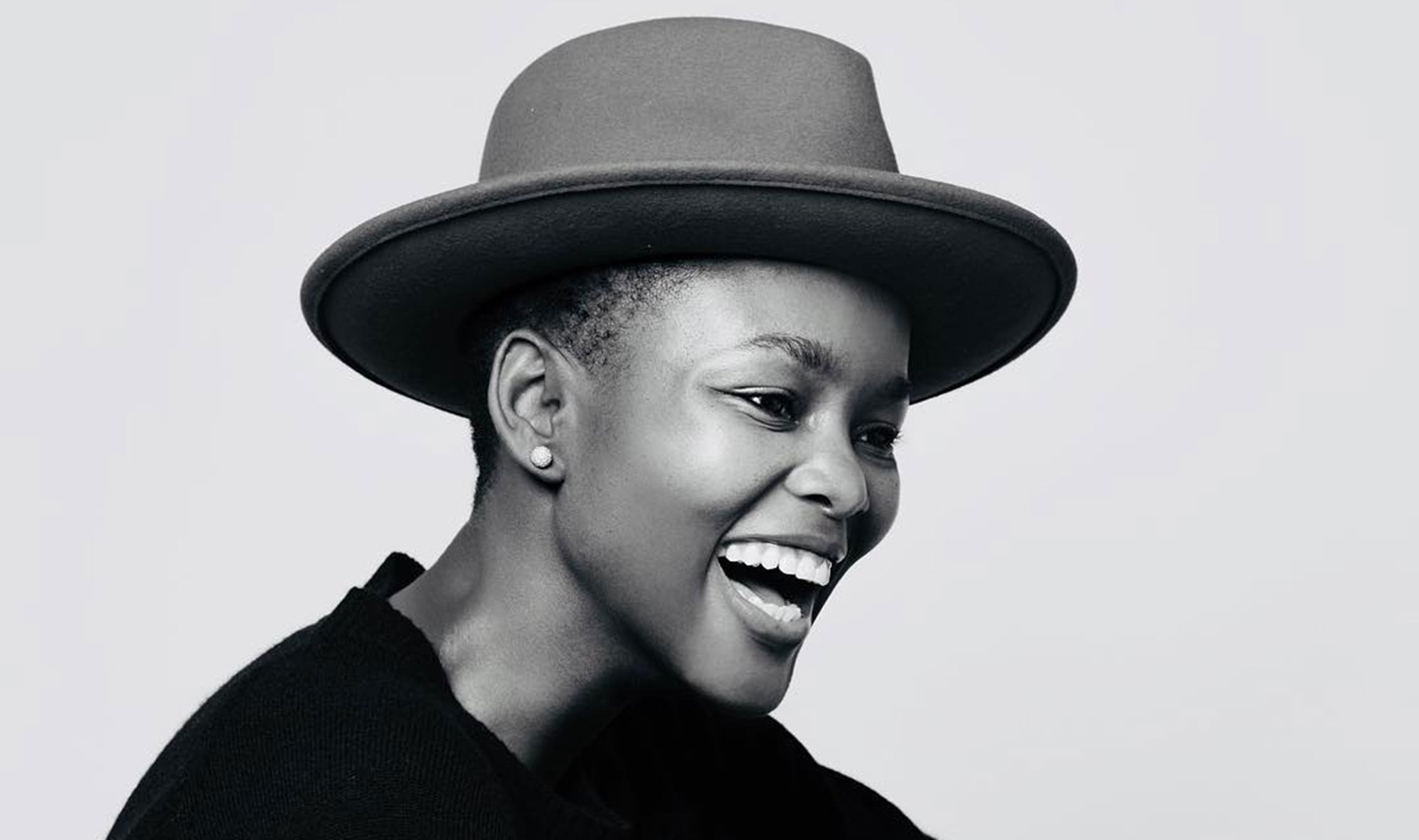 When it comes to changing the world for the better many can talk, but few actually act on their philanthropic impulses. For model and former Miss Universe Tanzania Flaviana Matata, education is key and she has used her platform as a model to better the lives of the youth growing up in her homeland. In 2011 she started the Flaviana Matata Foundation, that sets to provide school scholarships and resources to girls in her homeland. We chatted briefly with the inspiring role model about her modeling journey, foundation, and how to change the world for the better.

Take us back to your beginnings and how it lead to the opportunity to start your foundation 6 years ago.
Yes, growing up I was born and raised in Tanzania. I lost my mom at a very young age but she was one of those women who was making efforts and helping people, especially kids when it came to education. We had this big extended family so it was like, you can sleep on the sofa but you have to go to school. When I got scouted for modeling it was after college, so I had an option to either pursue modeling as a career or continue school. I moved to the States and I was doing amazing but I thought about those girls back home. They just want to go to school but they can’t afford it so that’s when the foundation started. It’s my way of paying it forward to my community as I think education is a powerful tool. They say when you’re educating women you’re not only educating her but her family and community. So looking at it as a bigger picture…we’re taking baby steps.

Amazing! How did you get it off the ground?
This isn’t a huge organization but it’s no pressure as long as you’re making a difference. We have 15 girls, we started with 20 full scholarship which included school fees, school supplies and everything else a girl needs to go to school and stay in school. We also started another project where we’re providing school supplies to different primary schools in Tanzania. We’ve renovated a school, this school we visited when we were donating school supplies. We found out, okay we have these school supplies but these kids are still urinating under a tree they don’t have a toilet. I thought we need to make a friendly learning environment for these kids to really get the education that they deserve. So we adopted that one school and we decided to really stick with that school until we finish. We’re almost done with the classroom and we’ve finished the toilet and after that comes the teachers. Their teacher courses came from the thought process of how are the kids going to get the quality education we keep talking about if we don’t empower the teacher? If we don’t, we are leaving them behind.

It seems like it has to be a collective approach.
Yes, we are better off with sticking with this school, finishing the classroom so then we can move to the teachers and make sure they have a beautiful place to stay and encouraging more of them to come to that school. The impact I think will be huge.

As we commemorate International Women’s Day with the UN theme “Time is Now; Rural and Urban activists transforming women’s lives”; it’s important to continue reinforcing the need for holistic investment in the lives of women and girls. They have to be educated on their own rights so as to be able to stand up for themselves and hold people accountable whenever their rights are violated. We have to teach our girls to be bold, courageous and have the right to choose what they want for themselves. This will help us alleviate this culture of gender violence. It all starts with access to quality, reliable and safe education. And that is our commitment at #FlavianaMatataFoundation #IWD

A post shared by Flaviana Matata Foundation (@flavianamatatafoundation) on Mar 8, 2018 at 4:03am PST

What do you think about fashions connection to the philanthropic global community? You keep on talking about paying it forward, but have you gotten a lot of support from the fashion community or has it been much more of an outward outreach to let people know about your foundation?
Some designers that I know that have been doing great in supporting causes are DVF and Kenneth Cole. What I love about Kenneth Cole is he uses his huge platform for models who are doing things to try and make a difference, as part of his Courageous Class.

Yes, I’ve seen the billboards around the city.
Yes, they’re highlighting our stories. So, you never know what’s going to come out of that but it’s about spreading the word and encouraging other people to do good in their communities. I think we need platforms. We’re not just pretty faces, we have other things we’re doing when it comes to our communities. It’s changing so it’s very impressive to see that the industry is changing now. Back then it used to be implied, that if you had a brain or if you spoke out those in power would say, “she thinks she knows too much, she’s too much for us.” But now the industry is changing – they just don’t want a pretty face; they want faces that have voices.

When it comes to your experience in the industry as far as diversity and you being able to present yourself as you are, what kind of changes do you feel like you’ve seen in the past 2 years?
It’s impressive but is this something that is going to be going on for a long time or is this just a trend? It’s only because people are making noise about it. It’s good to see people like Ebonee (Davis) with their curly hair doing well or people like Adwoa (Aboah) with short hair. We have so much representation now especially when it comes to women of color. It’s good but how long will this be going for? We’re used to when it’s close to fashion week everybody is talking about diversity, but diversity is not just what’s happening on the runway it’s also about those big money jobs. What about catalogue, what about E-commerce? We need diversity in everything not only on the runway. You find a designer who decides to use just one black model in a show or a few – no we don’t want that! We want Asian and red hair girls, we want everybody to be involved. I hope people have changed for good and they’re not doing it because there is so much noise around it especially in this social media world. We’ll see how it’s going to last but it’s good to see changes.

Where do you want to see yourself in 5 years? Whether through modeling or your organization, how would you like to see things grow?
First, I’m going to give myself 2 years to make sure I finish the project that is going on with this school that we’re helping. To continue to be able to empower and help more girls using my platform. Growing as a brand and as a model. I have my nail polish line that is in Tanzania and hopefully I’m going to launch here in the U.S. Just to see myself growing as a person and as an activist, and as a businesswoman. But to use everything I have as a platform to empower other girls. 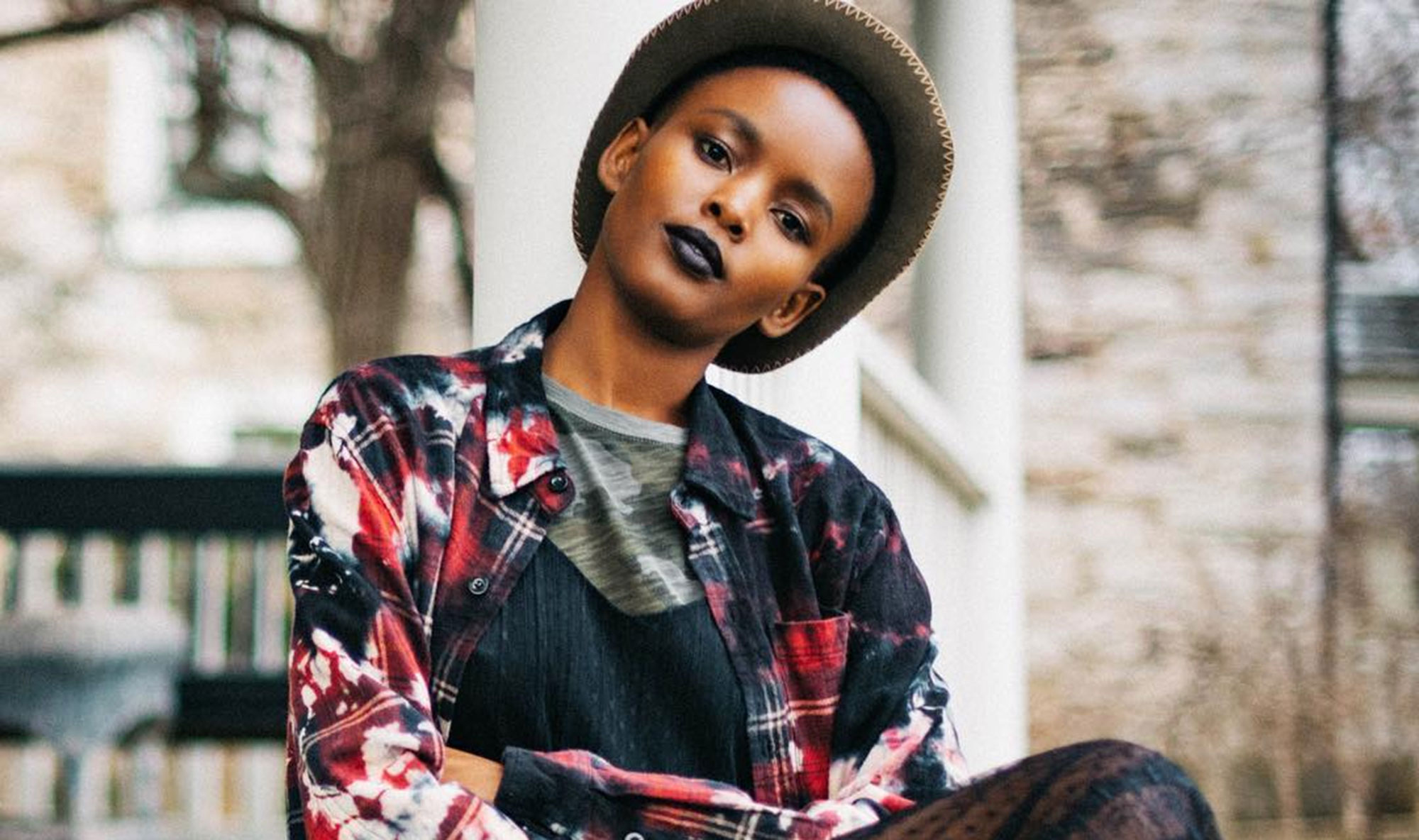 Condé Nast Downsizes, a Pier 59 Ban, Dazed100 Drops and More News from this Week
NEXT Naughty or Nice? Eyeliner Takes On Both Sides
Top