A show arguably so much about the clothes that this didn’t feel like a model bonanza at all. With spectacle out of the way intention came first and foremost at Calvin Klein. Models made their way down the popcorn covered runway sporting knit balaclavas, that, when paired with the fireman-striped jackets, made Raf‘s references very clear. Adding sunglasses made for plenty of whose-under-there Invisible Man moments. Who ever it was, you could be sure they were well cast. Brokaw zeroed in on Raf and his Calvin with precision. The designer showed again how loyal he is: Lulu Tenney who opened, Julia Nobis, Mica Argañaraz, Alyssa Traoré, Kiki Willems and Luca Lemaire who closed made sure of that. Just one thing, under all that head gear and just collective awe over the collection it was easy to miss a few newer faces that need to be noted.

From Senegambia and only her Calvin Klein look holding down her Instagram, not much is known about Fatou yet. But what a look and what a debut. 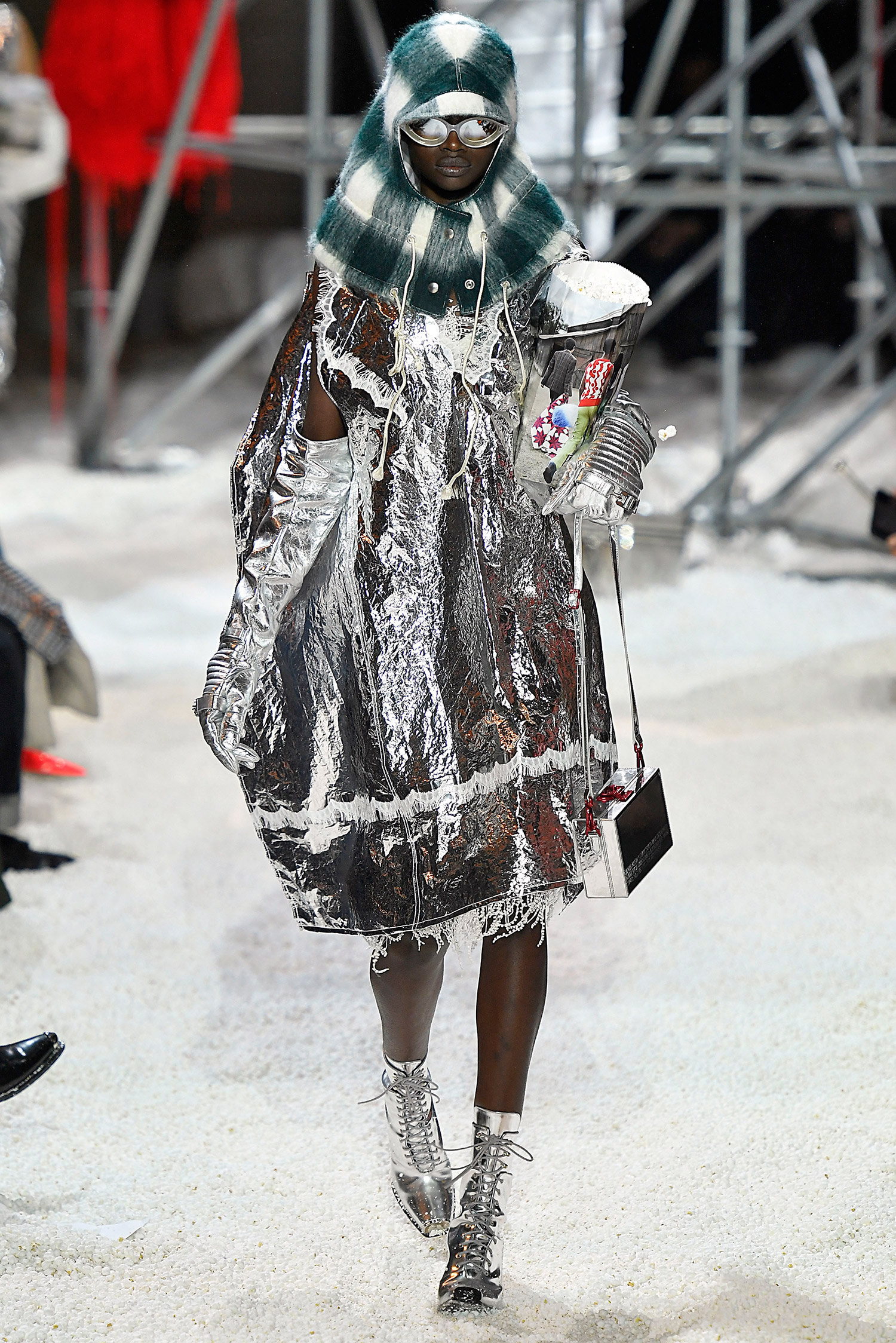 Brand new–a Wang semi-exclusive and after her perfectly beauteous walk for CK this fair lady will likely have a waiting list.

This Chinese newcomer just opened Wang in sunglasses and we’re glad she wasn’t wearing one of the balaclava’s here because she’s a face that must be seen.

This was her debut show and following Kaia in a show is no small task, but Rebecca is drop dead gorgeous so it was a cake walk.

From Trinidad and Tabago she made her international debut as a Saint Laurent S/S 18 exclusive and obviously hasn’t looked back since.

Not technically a newcomer with a succession of Calvin Klein campaign and show bookings, but other clients aren’t so familiar with her yet. Alexander Wang had lots of great Asian models, meet the Chinese new girl who opened it
NEXT