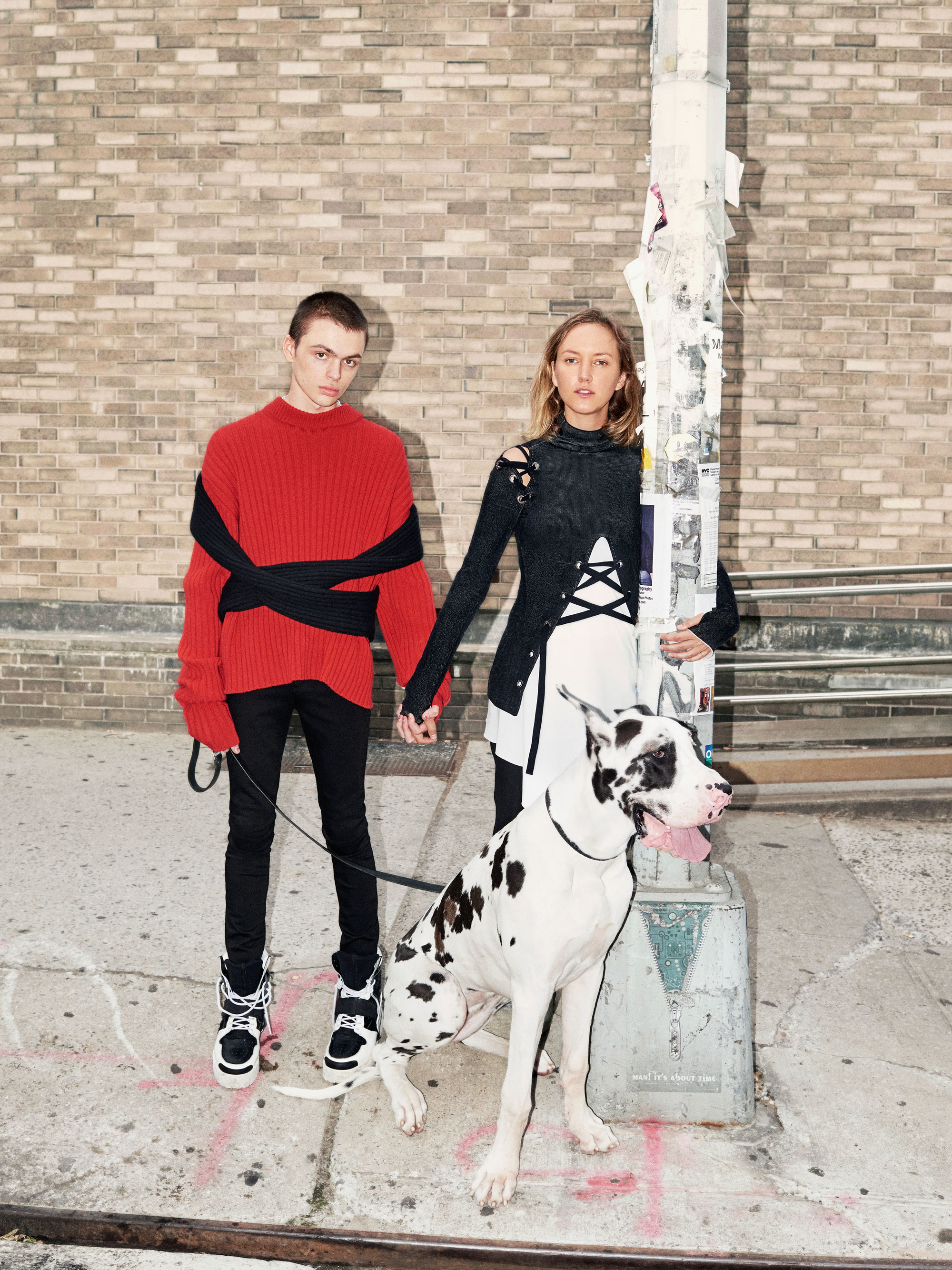 As editorial season gets underway and the industry thumbs through all the fresh new faces and abundant supermodels, it was hard to miss the impact the “nodel” trend – shorthand for “not a model” to often describe the artists, students, and influencers that are increasingly prevalent – had on the starter fashion capital this season. New York in an effort to bring new energy in, on both the design and model fronts, embraced the unknown with a bunch of fresh walkers that haven’t quit their day job (yet). Leading the trend is casting and management agency, Midland Casting (New York), ran by duo Walter Pearce and Rachel Chandler, who aligned with the buzziest shows this season from Helmut Lang to Eckhaus Latta to Matthew Adams Dolan and checked mainstream beauty ideals at the door. We spoke to the pair about their start in the business, their perspective on casting, and the rise of the unexpected when it comes to accepted beauty.

When did the two of you begin your careers in casting?
Walter: I started casting when I was interning at Hood By Air when I was 16 or so. Shayne (Oliver) encouraged me to start street casting, and eventually I cast that show in its entirety.
Rachel: I started out as a photographer and was doing casting for my own work – starting out I was looking to friends, the street, as well as new faces at agencies. Other photographers and designers took note of my casting.
Walter: …and we met while both working on Hood By Air.

Why did you want to pair up and start a casting and representation agency?
Walter: We started Midland together to have a stronger brand, a name, and a team aspect to our work. Even if we work on projects individually, we help one another and all castings are a collaboration between the two of us. Representing the kids we cast formalizes the relationship. This way when other casting directors or brands approach them we can advocate for them so that they get the most out of the opportunity.

How would you describe the new ideal of street casting/”no-del”? What inspired you to bring this element into your casting process?
Walter: I personally have mixed feelings on the term “street casting” as it is so general, all it means is someone that isn’t signed to an agency. That is how I started casting, so it is rooted in the DNA of my work. Even when I work with agency girls (which of course is very often) the approach/method is the same as if I were “street casting”. When Rachel was doing a lot of photography work, she shot everyone from celebrities to huge models but the core of her work was always with amazing women she found herself.

What do you think about the changing ideals of beauty? Are we in a positive swing? What’s working and what is still a challenge?
Walter: We’re getting there. What’s working is more and more clients are open to less traditional casting, partially due to some of our clients like Hood By Air, Eckhaus Latta etc.’s leading the way in this field. The main challenges we face are still just breaking the norms of casting that have been around for decades. Staying away from using the same girls over and over. It’s all about a balance.