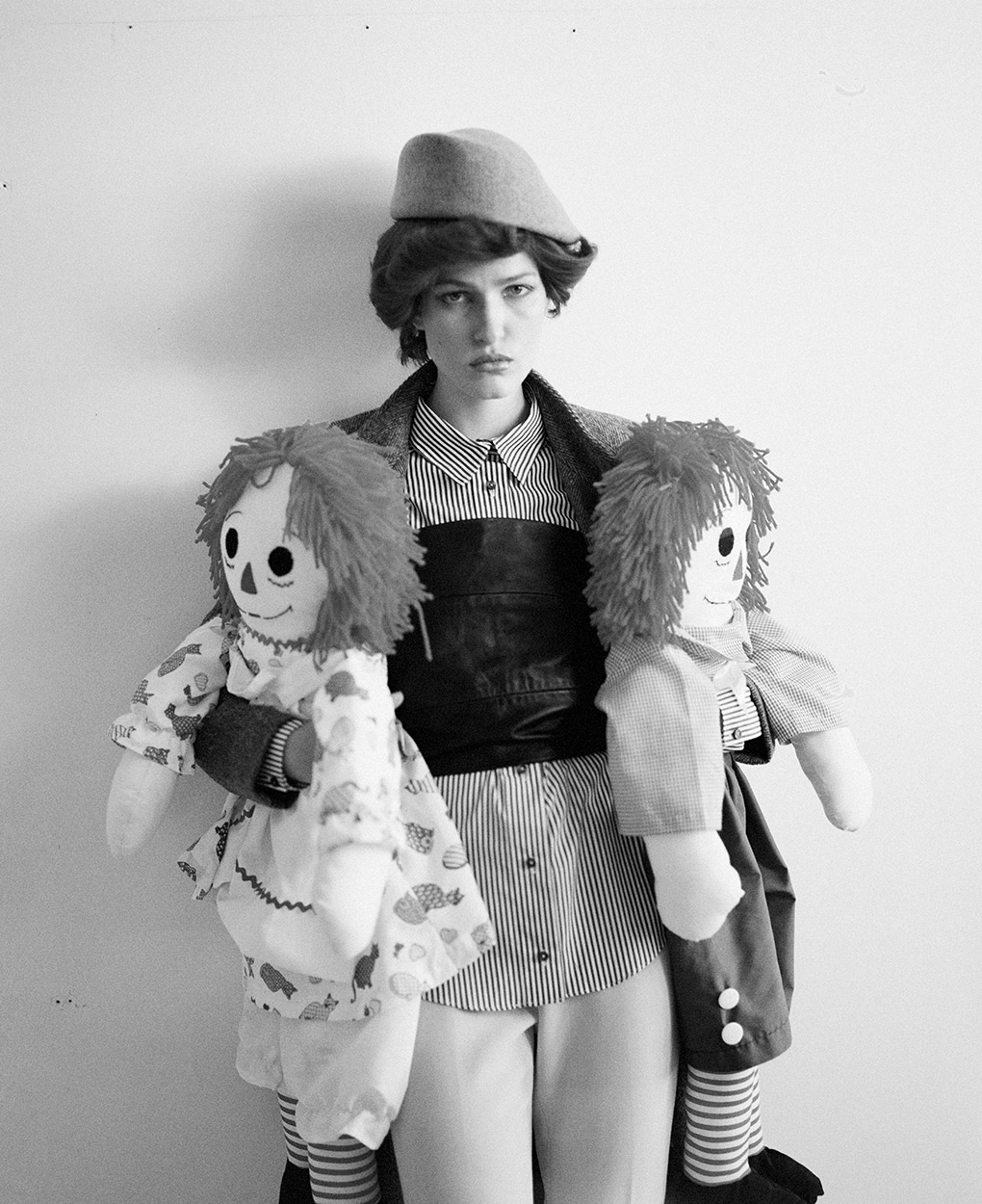 Shooting Louise Parker in the middle of artist Jason Yates’ Boyle Heights studio gave us the opportunity to pivot from our so-called ‘usual’ turf. The always lovely Louise was the perfect idea: a recent L.A. implant, a model and a great photographer in her own right. See here and here and ok–we get it, Louise–you’re talented. Detroit-born, Los Angeles-based Yates had arranged some works of his–inanimate (barely), nostalgic and part of his exhibit Homemade Ice Cream–so Louise could stand in front of them, as one does, and role play a life as a gallery assistant. The artist and ‘miner of ontological garbage’ has been in L.A. some twenty years cultivating his work, and cultivating the art scene itself, but you won’t be able to see his Homemade Ice Cream there; it’s at the Wasserman Projects gallery–in Detroit. His largest solo installation to-date also marks a 25 years since his last exhibit in his hometown. Louise spoke to Yates for Models.com.

How would you describe your work?
I’m usually trying to locate the beauty in dysfunction. I cherish the same pathologies people go to therapy to get rid of. I guess I’m a miner of ontological garbage.

Have you always worked with mixed media?
Yes. I’ve never been a purist. I mix media. I mix styles. I mix emotions. I thrive on anxiety.

Who inspires you and who are your favorite artists?
From the time I was young the work of Chicago artist Pedro Bell has excited me. He is a grand escapist with a visual and written language of great complexity. Most people would know him from the covers he did for Funkadelic, amongst others. He altered the greater consciousness and is a true source of inspiration that most people have never heard of. He remains relatively obscure and I fear most of his accomplishments were not preserved or archived. 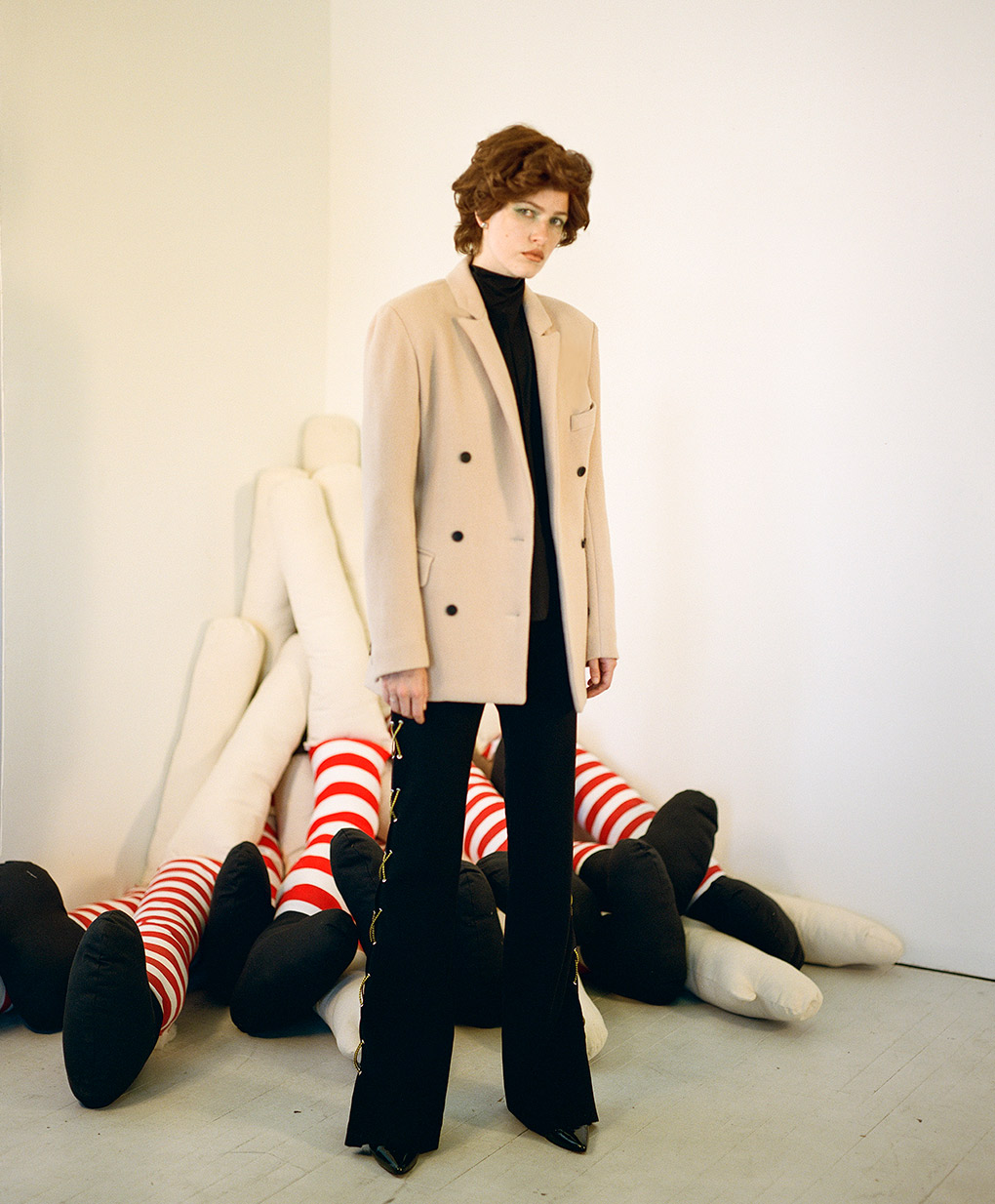 Gotta ask, what was it like working for and being a student of Mike Kelley’s?
It was expensive. It was also very rewarding. If I’m to being very honest–it was also stifling. Being much younger, his brilliance and tenacity was a lot to process and there were times that I was overwhelmed by this. I think of the famous quote by Brancusi on his time assisting Rodin, “Nothing grows well in the shade of a big tree”.

Being much younger, his brilliance and tenacity was a lot to process and there were times that I was overwhelmed by this. I think of the famous quote by Brancusi on his time assisting Rodin, “Nothing grows well in the shade of a big tree”.

What are your thoughts on the fashion industry? Have you collaborated with fashion before?
That’s a big question. Mostly, the “industry” is everything that’s wrong with humanity. That said, there is so much poetry and beauty located there, too. At best, it’s art. At worst…the worst. I absolutely love pouring over magazines like Pin-Up, Supplement, AnOther Magazine, and Purple…I really enjoy magazines. Tactility is very important to me. I did a project with Christophe Lemaire a few years back. It wasn’t a great experience. He and his people lacked integrity and failed to honor their commitments. It was a great lesson for me and I actually am very grateful. It reinforced how I wanted my relationships to be and to beware anytime someone wants to “collaborate”. It’s usually parasitic.

Tell us about your studio space…
My studio is an old dance hall in Boyle Heights. It was built in the late teens. I’ve been here for about a year and I share it with painter Jed Ochmanek. 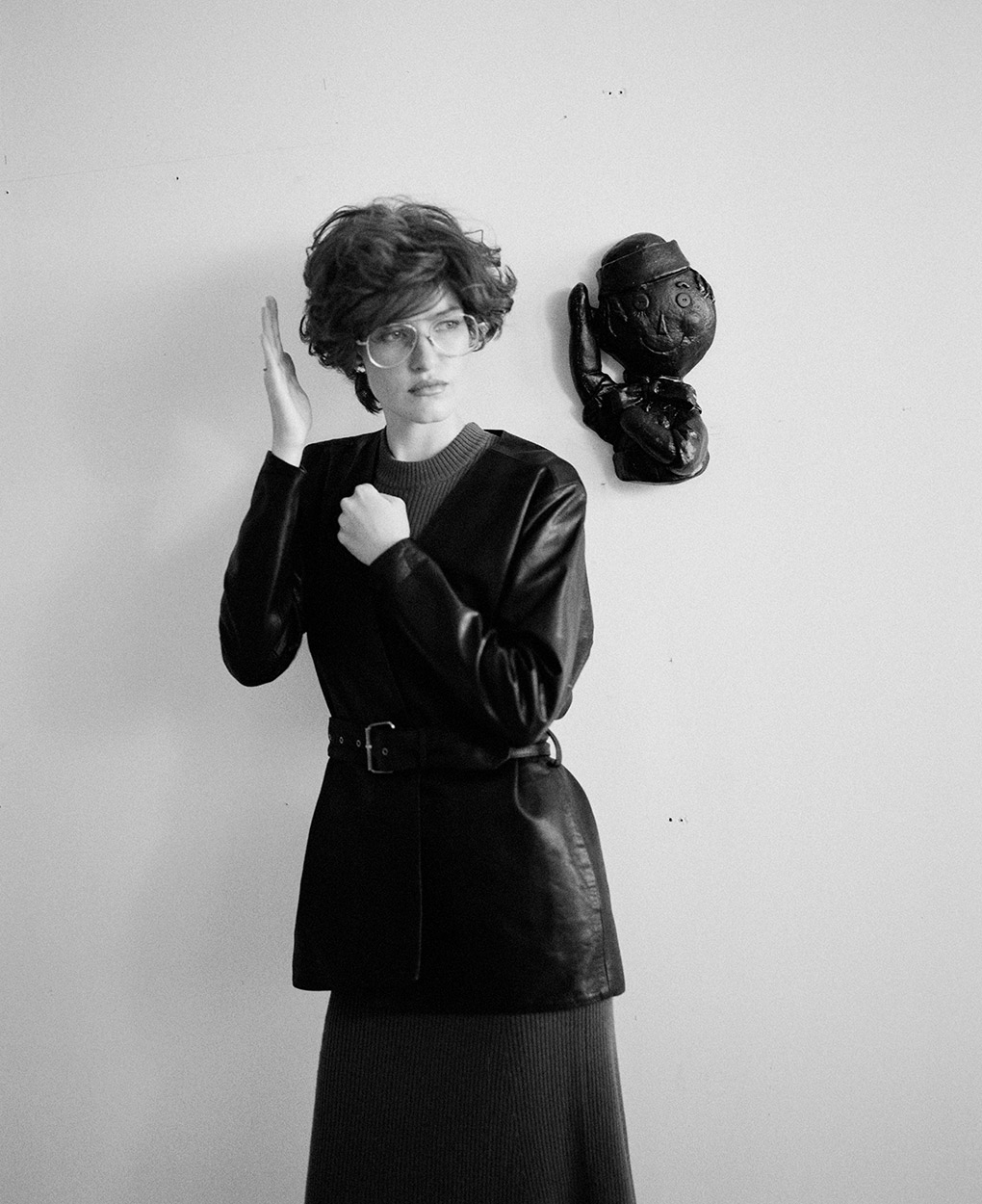 You said school wasn’t for you, what are other life experiences that informed you and your artistic practice?
Going to “good” schools can give you a lot of access. There are things to be learned there. But the environment is typically pretty sterile and contrived. Art is really about conversations and relationships. While you can get this in school, it’s absolutely possible…but, hanging out and developing relationships outside of schools and institutions was fundamental to my development. My friendships and rivalries are far more rewarding. I am a city kid. I’m from Detroit and have lived in both NYC and Los Angeles. New York in the late 80’s and early 90’s was a great education. Getting mugged and stabbed on 14th Street after leaving Peggy Sue’s or dropping acid at Oppenheimer’s cabin in New Mexico, or being chased by a pack of rabid wild dogs in Goa–for instance–was just as enriching as four years in an institution of higher learning. Curiosity, willingness, and inviting the unanticipated are my favorite tools for mind expansion. Adventure.

You said you’ve been in LA almost 20 years, how have you seen the art scene change during this time?
It’s changed dramatically. There was a time when you could see everything in a couple days. Now it just isn’t possible. LA has always been competitive, but not like New York. Now I would say that’s not true. People come here thinking they can carve out a “career”. This town will chew you up and spit you out. I mean, it’s always had the ability to do that, but now it’s really hungry. It’s getting very expensive here. I moved here for a variety of reasons, one of them being that it was inexpensive and you could take risks in both lifestyle and artistic practice. Now you have to have your proverbial shit together and that simply isn’t as much fun. We need a good earthquake.

New York in the late 80’s and early 90’s was a great education. Getting mugged and stabbed on 14th Street after leaving Peggy Sue’s or dropping acid at Oppenheimer’s cabin in New Mexico, or being chased by a pack of rabid wild dogs in Goa–for instance–was just as enriching as four years in an institution of higher learning. 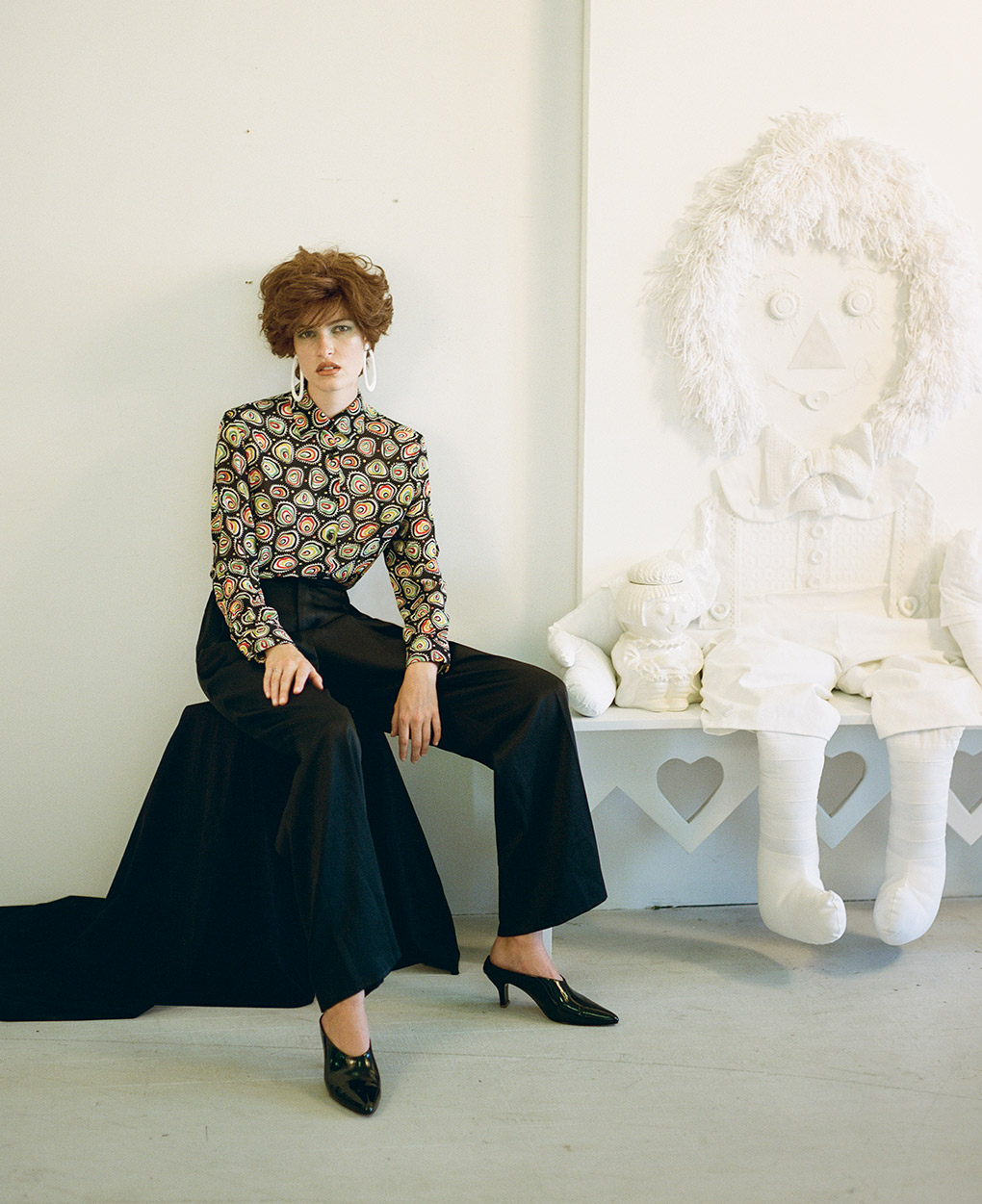 What are you working on right now?
I’m working on a show in Detroit at Wasserman Projects that opened September 22nd. It’s one of the more ambitious shows I’ve done and it will function as a sort mutant survey and party that will go on for 3 months. I’ve invited various artists to participate. Penny Arcade, Bruce Hainley, Allee Willis, Third Man Records, and many artists of various disciplines from Detroit will be either presenting, cooking, performing, or “collaborating” with me. The show honors oral traditions and will be very social. The show is called Homemade Ice Cream. I’m also working on a project with Charlie Fox for a show at Rodeo Gallery in London that is supposed to open next spring. I’m having fun.

What advice can you give to young aspiring artists?
Don’t listen to me. I can’t be trusted. Also, it’s not an “art career” and you should be suspicious of anyone who calls it one. 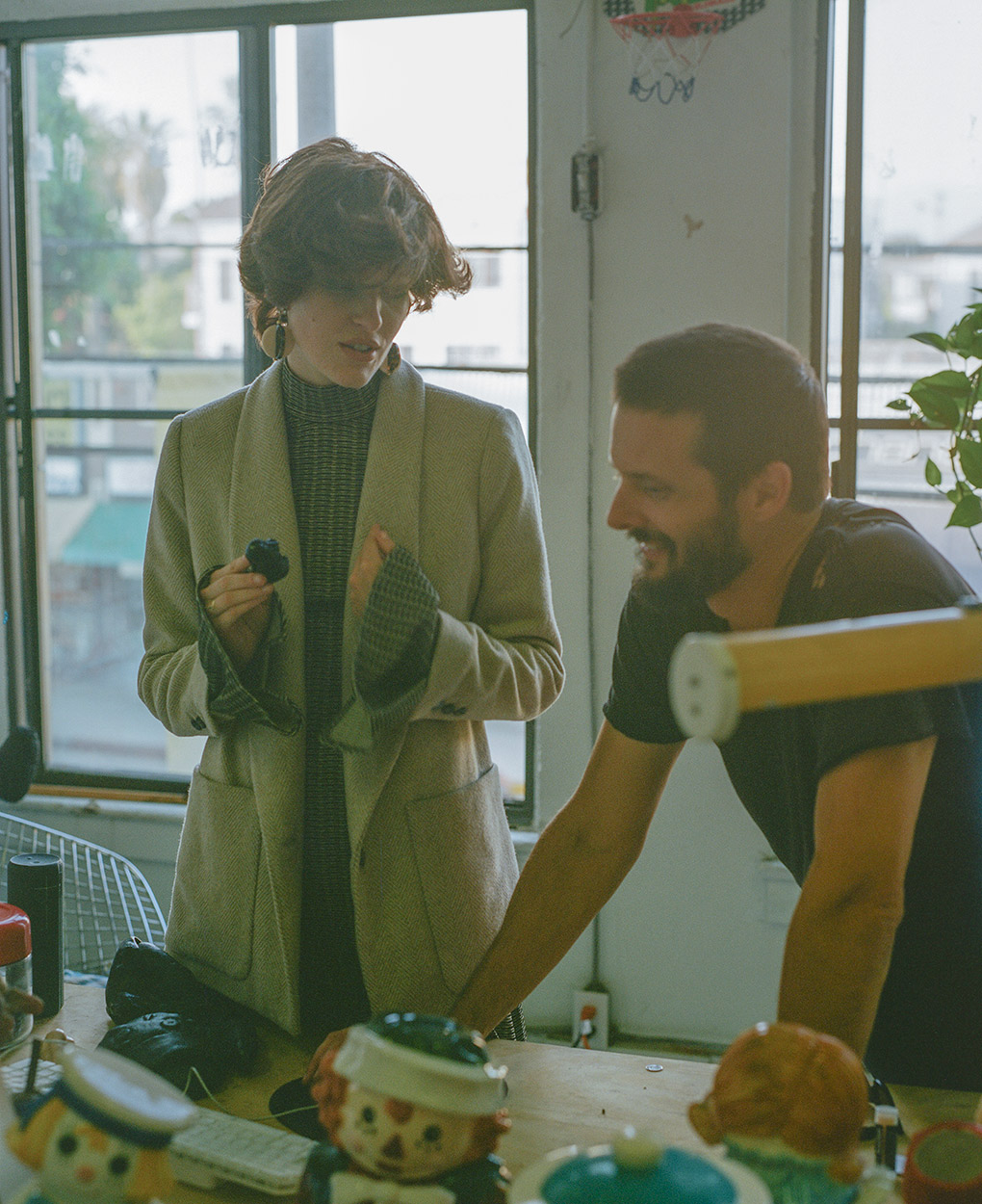 No Costume? No Problem. Beauty Takes on a Ghoulish Spin
NEXT How Cierra Skye Beat Anorexia and Redefined Herself