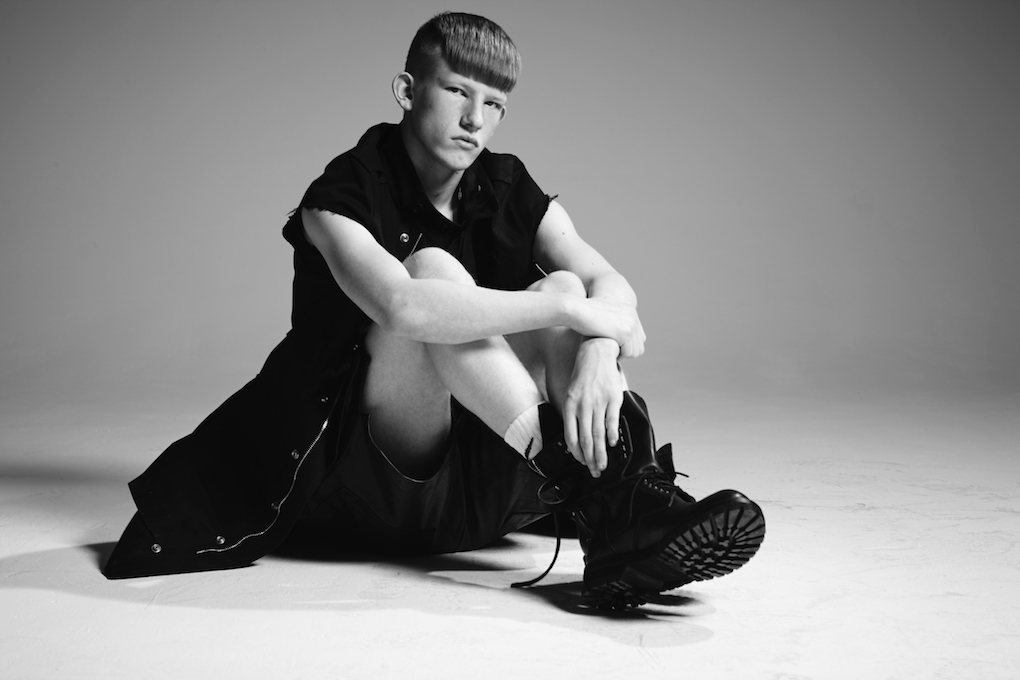 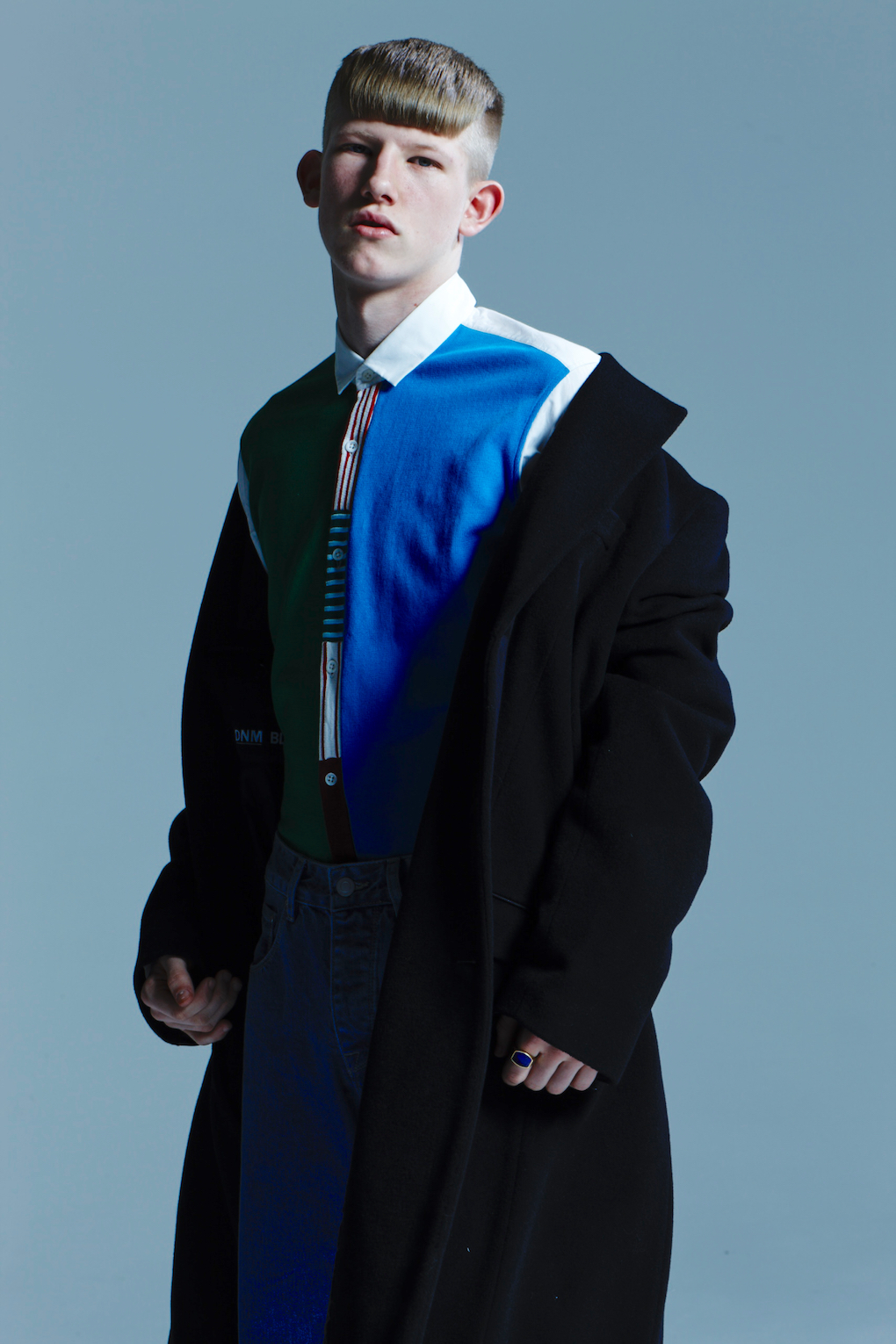 Few people are lucky enough to get scouted even once. For Connor Newall, it happened twice. The first time was as an actor in 2014, when the young Scotsman was cast in an advertisement against knife crime to be shown in Scottish high schools. The second time was last year, when a scout called him up out of the blue after hearing about him through that ad’s casting director and asked him if he wanted to be a model. “I was watching TV and he just phoned me a cab and brought me into his office,” Newall recalls. “He was talking to me about everything and asked if I wanted to sign, and he pulled out a contract and I signed it and that was it.”

In the twelve months since then, Newall has become one of the latest additions to our Hot List and a bona fide editorial star, appearing on the covers of 10 Men, Client, and Varon, as well as inside Vogue Italia, Love Magazine, Hero, Man About Town, Wonderland, and Vogue Hommes International, working with Steven Meisel, Mert & Marcus, Tim Walker, Karim Sadli, Boo George, and Carlotta Manaigo, among many others. He still remembers his first job, for GQ Style UK, however, as the exciting initial glimpse of what new experiences the modeling industry might have in store for him. “I’d heard of GQ before but I’d never read it, but as soon as they said I was shooting for GQ, I just remembered walking past magazine stands and seeing Channing Tatum and Leonardo DiCaprio and David Beckham on the front cover,” he recalls. “I was like, ‘Holy shit, I’m about to shoot for this magazine,’ and I couldn’t believe it. I remembered walking past all those magazines and I never knew that I was going to be in them one day.” 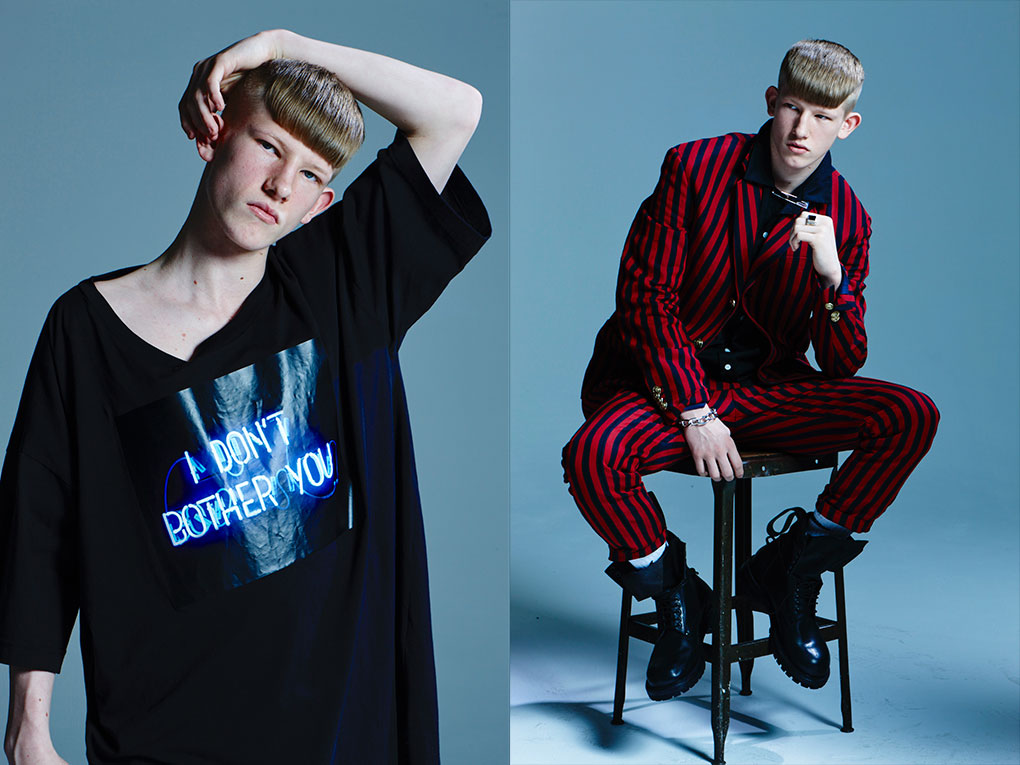 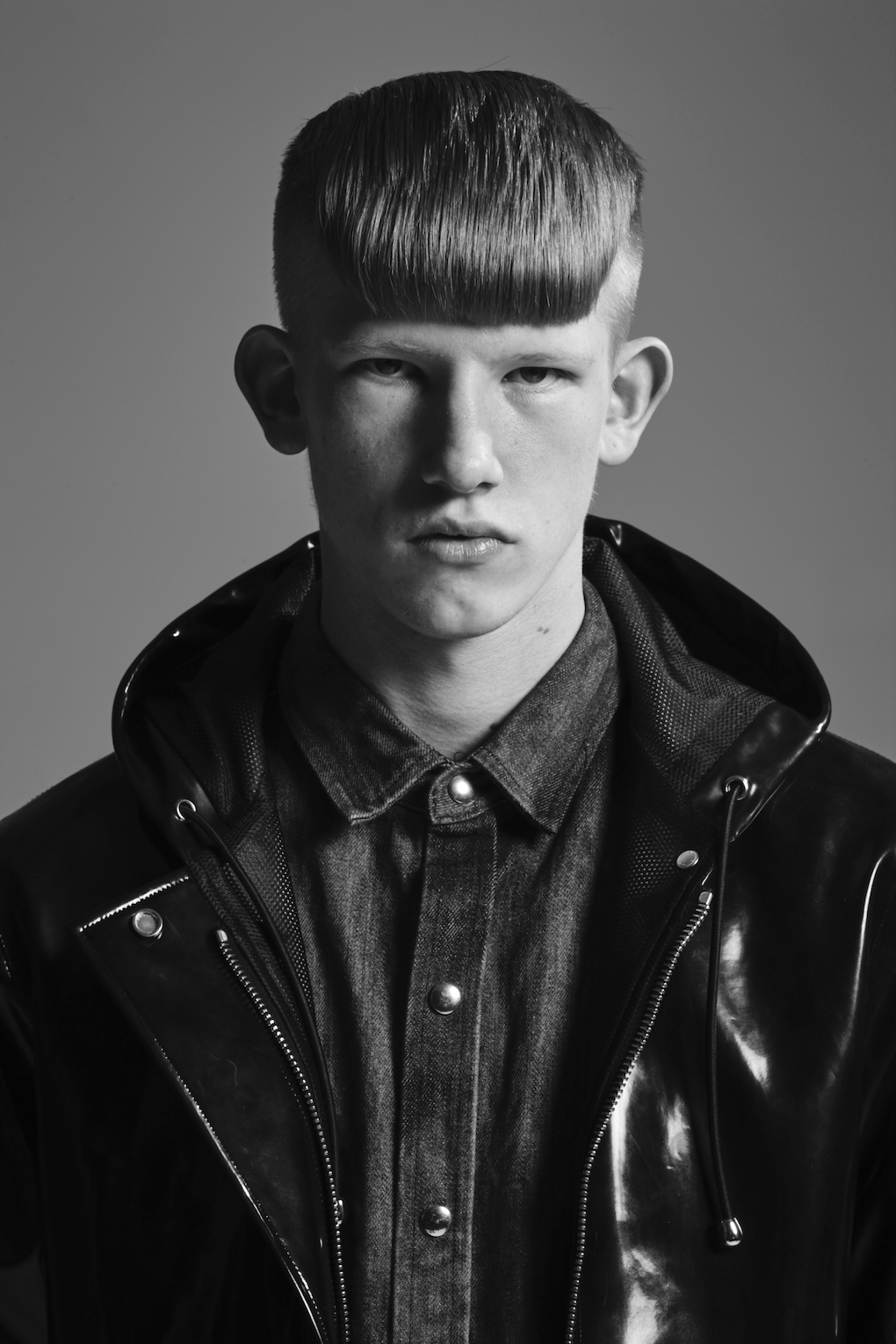 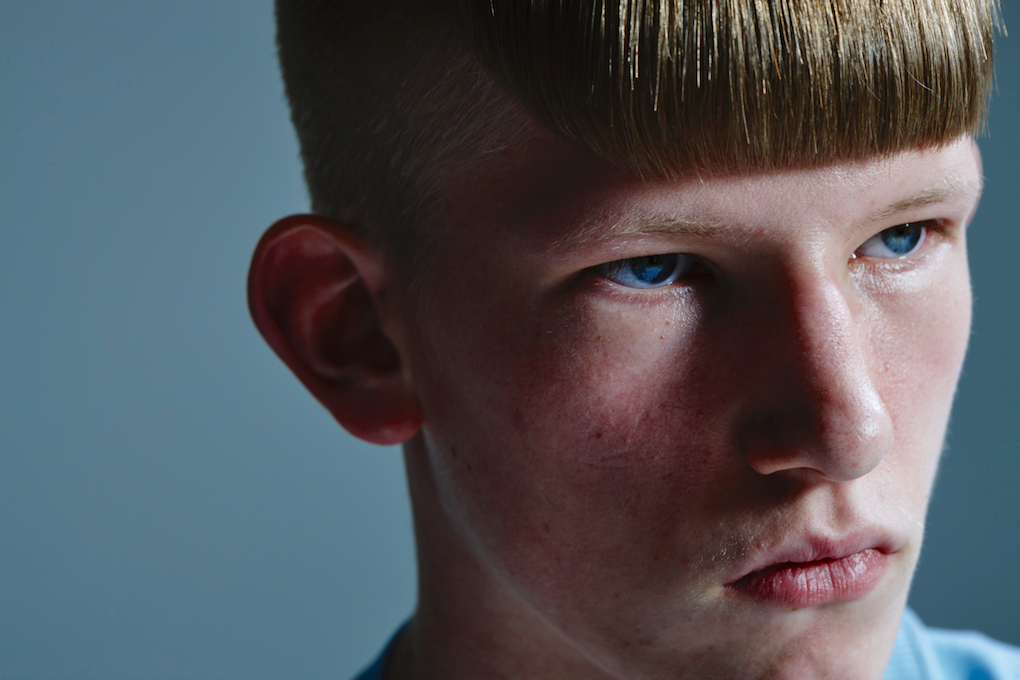 A native of Glasgow, Newall spent four years of his childhood growing up in Hamilton, Ontario, the result of both a job transfer for his father and his mother’s desire to move somewhere safer after a cousin of his was stabbed to death. In a twist of fate, Newall was able to channel his own family’s pain in his acting début taking a stand against knife violence. “I wasn’t just acting how I would feel, but I actually experienced it and saw how it destroyed my family,” he says. “I took my family’s heartbreak and helped teenage kids not to make the same mistake and pick up a knife and cause the same pain that my family went through.”

Newell says he plans to return to acting in the future, but for now he is focusing on modeling, including, currently, his second show season. He says he loves the adrenaline rush of the runway, even if he admits that he has had to overcome some nerves. “During my first show, in the lineup, as soon as they said go, my heart just started beating so fast and I was shaking,” he laughs. “There was nothing on my face, but in my head I was doing backflips. I loved it so much, as soon as I walked off I just wanted to walk back on. It was amazing.” 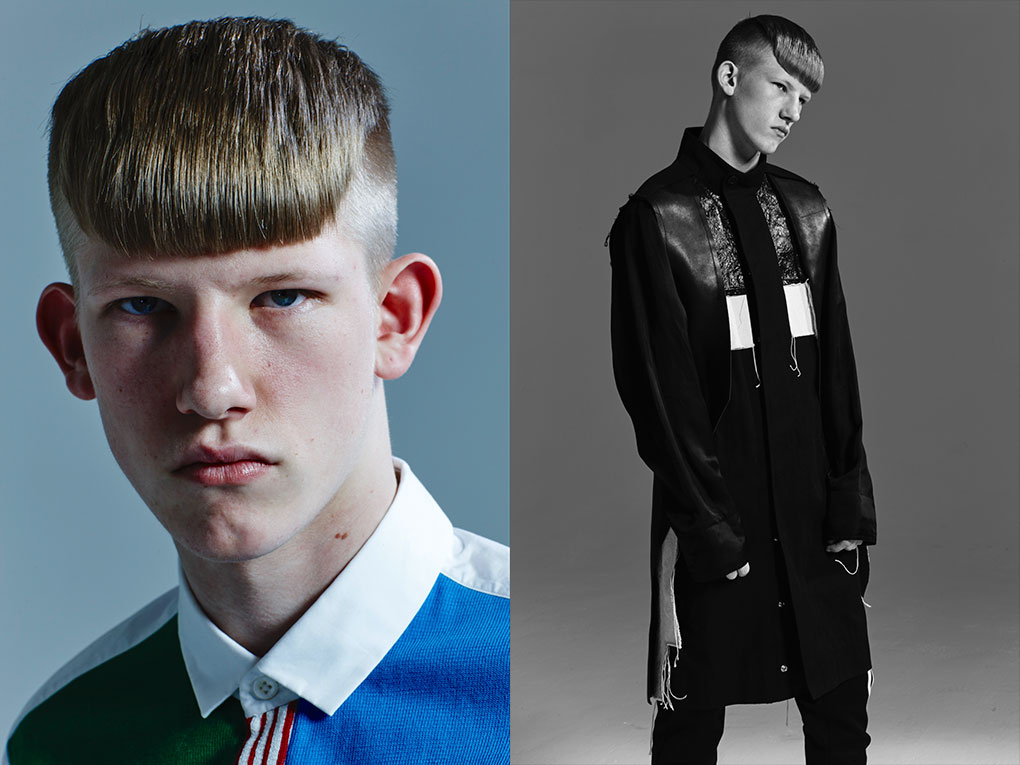 Even with all of his sudden success—his agency has told his mother that they’ve never seen anyone achieve so much so quickly before—Newall remains cheerfully humble. He stresses again and again how grateful he is to everyone who has helped him in his career so far, and is quick to point out that, with his strong brow and big ears, he has a “special” look. “At first I was shocked [when I was scouted] because I never thought I could model,” he says. “I didn’t think I was good-looking enough for it. I always thought modeling was all jawlines and six packs.”

Now that he is rarely home, Newall says that he often finds himself missing his family, but they have all been supportive of his new career, especially his mother. If he hadn’t been scouted, he probably would have joined the army, following in his older brother’s footsteps, and he says his mother recognizes that even if he is far away, he is safe. He even hopes to get his brother into the business once his current enlistment finishes. “Whenever I’m away and I’m moaning that I want to come home, my mum’s like, ‘Think of Andrew.’ He’s always in something a lot harder,” Newall says. “I’m really grateful to be in this industry because I’d rather be shot with a camera than shot with a gun.”

And it’s safe to say that, given his track record, all that homesickness will eventually be worth it for Newall. “Of course you’re going to miss your family and friends, but it will all pay off in the end if you keep at it and hopefully do big things,” he says. “It’s hard being away from my family all the time, but at least I know I’m being away for a good reason and making a good career for myself. It’s hard, but it’s good at the same time.” 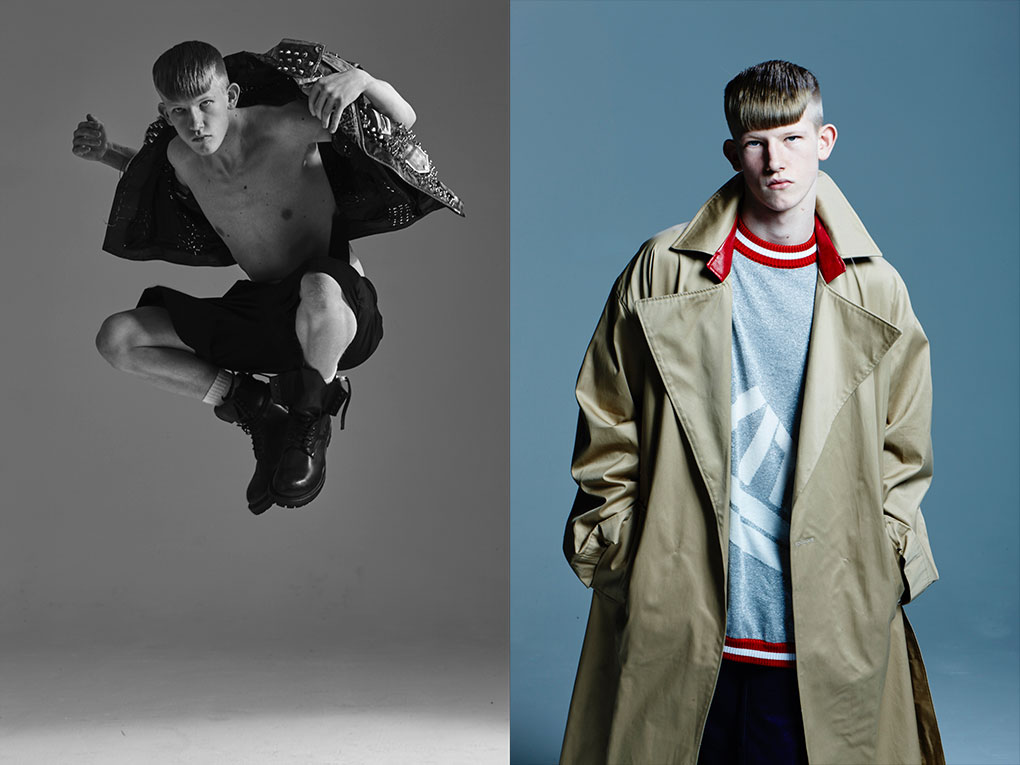 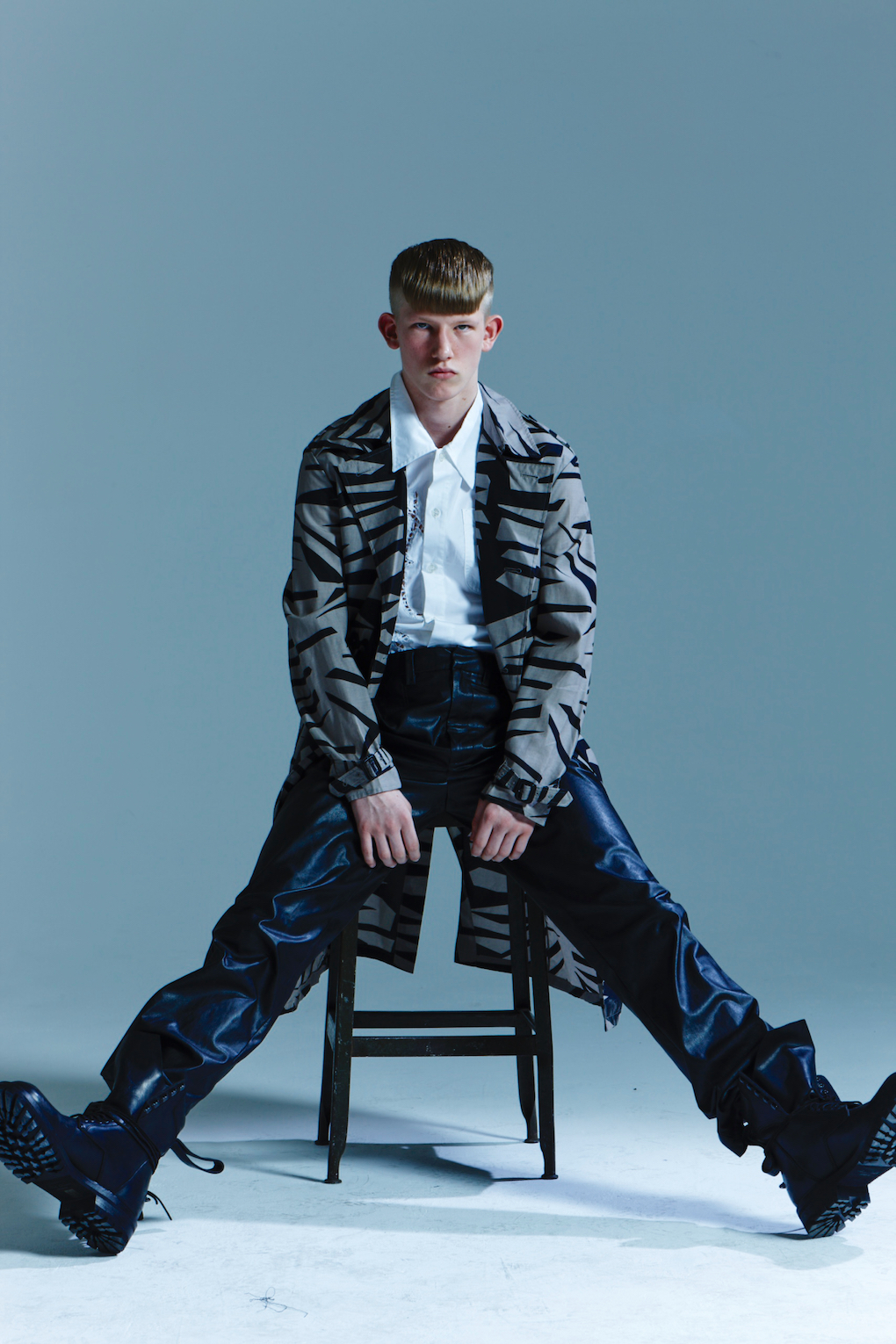 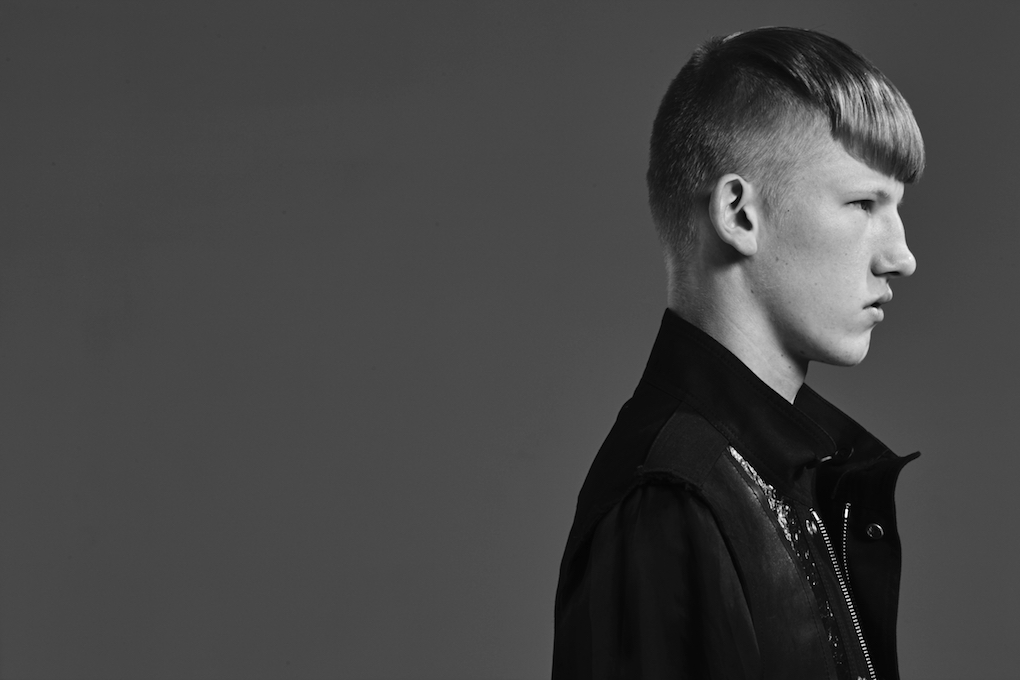