The house of Givenchy is the epitome of Parisian glam but the tables turned for its latest showing in New York. Shown on the anniversary of 9/11, Riccardo Tisci decided to bring his current vision to the city that never sleeps in an emotionally charged presentation of ready-to-wear, couture, and men’s looks at sunset. Whether it was black for mourning or white for purity, the palette of the polarizing shades brought a sensitive take on simplicity and made one focus more on the intricate detailing of the pieces. The beauty followed suit with complex looks created by the mastered hands of influencers Luigi Murenu and Pat McGrath. The ready-to-wear looks had models with very natural, texturized waves and hollowed out eyes while the couture section took it further with updos adorned with gold or black vinyl headbands, with intricately embellished face ornamentation. It all lead to a monumental showing of that was romantically powerful to the core. 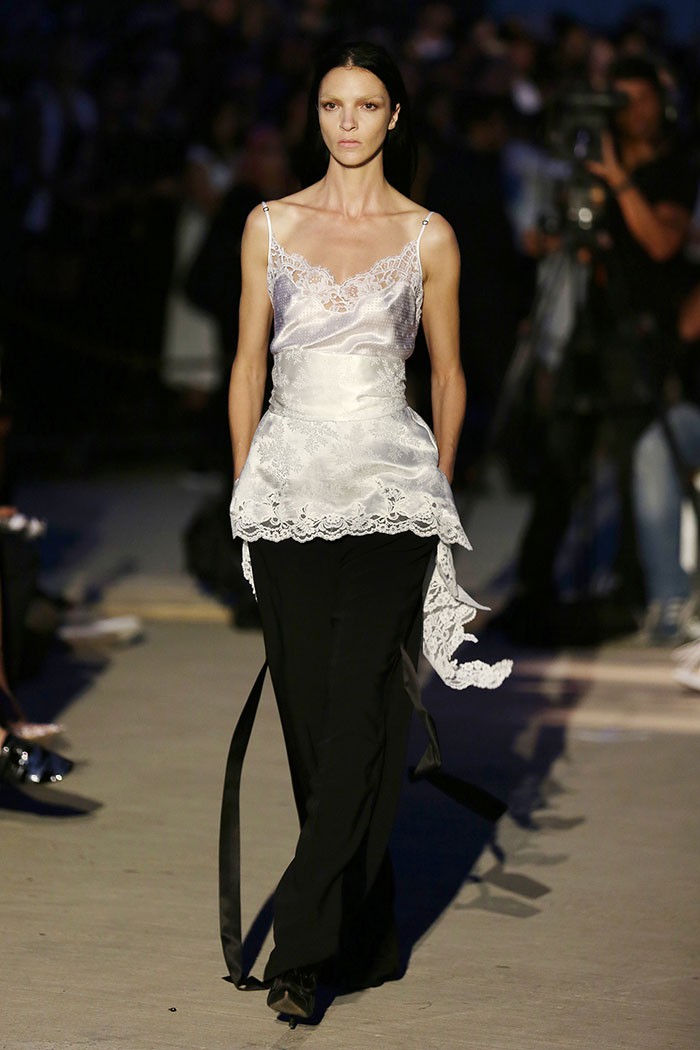 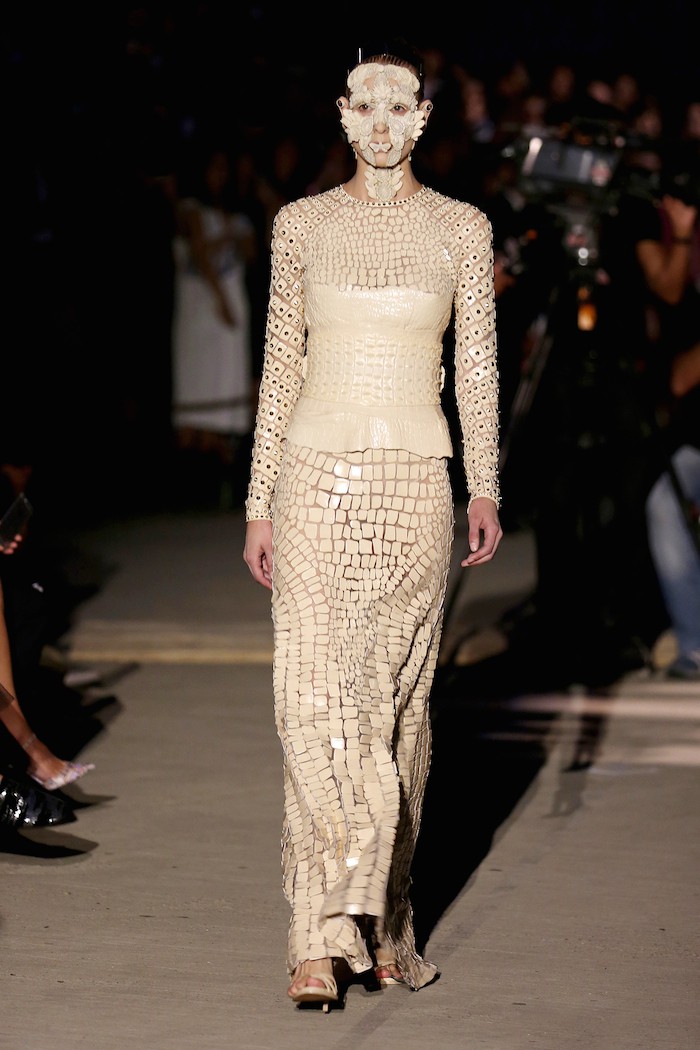 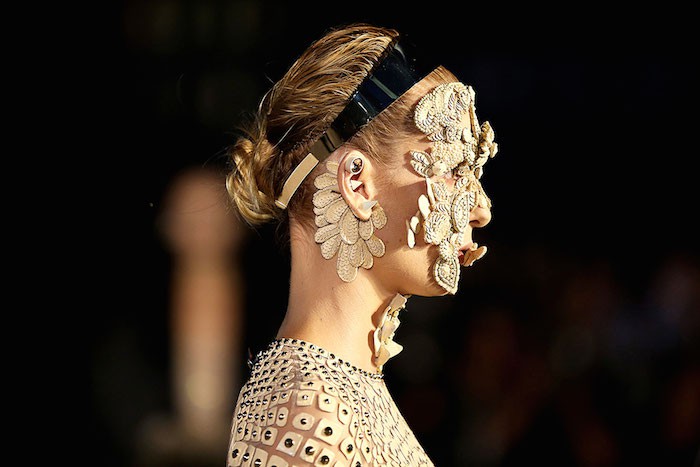 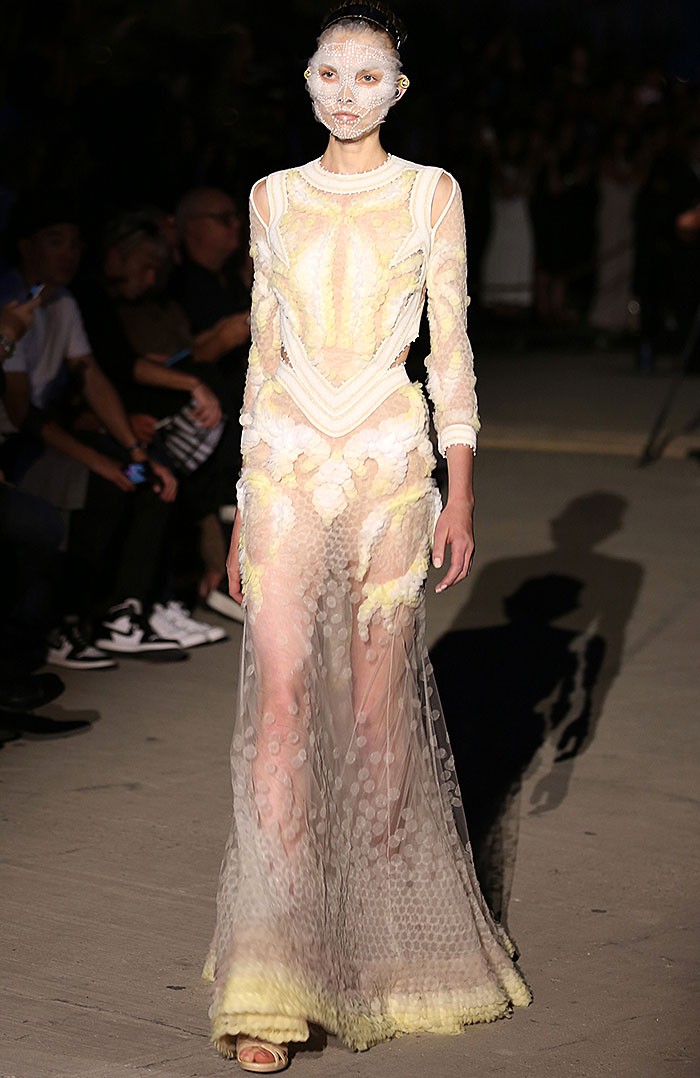 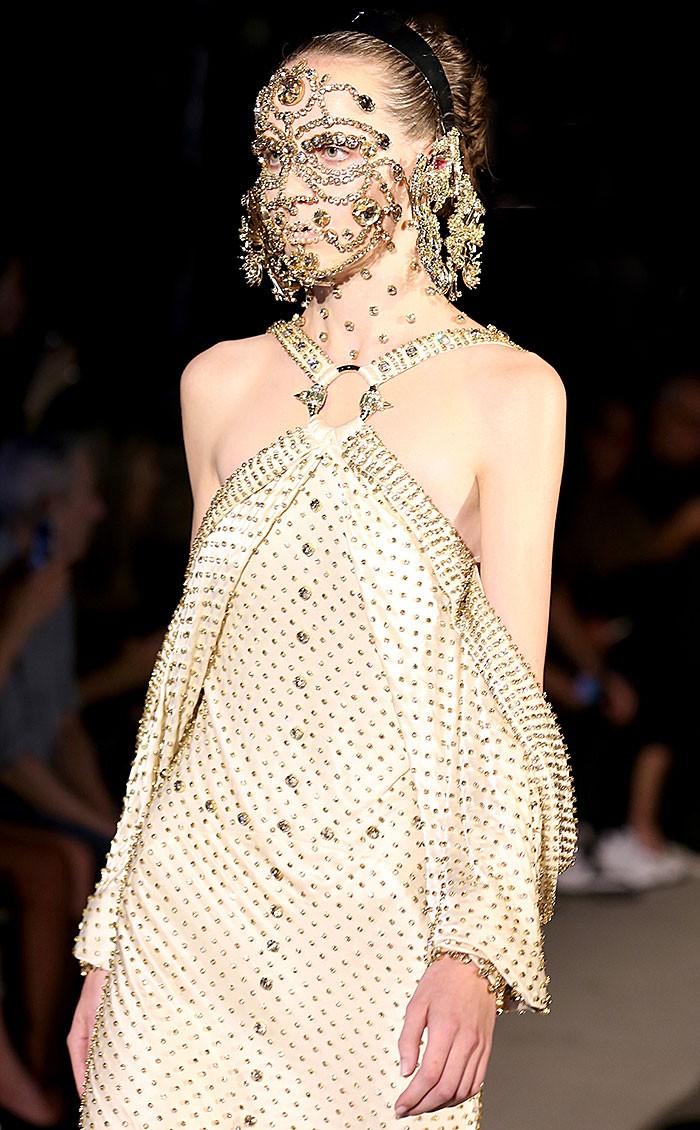 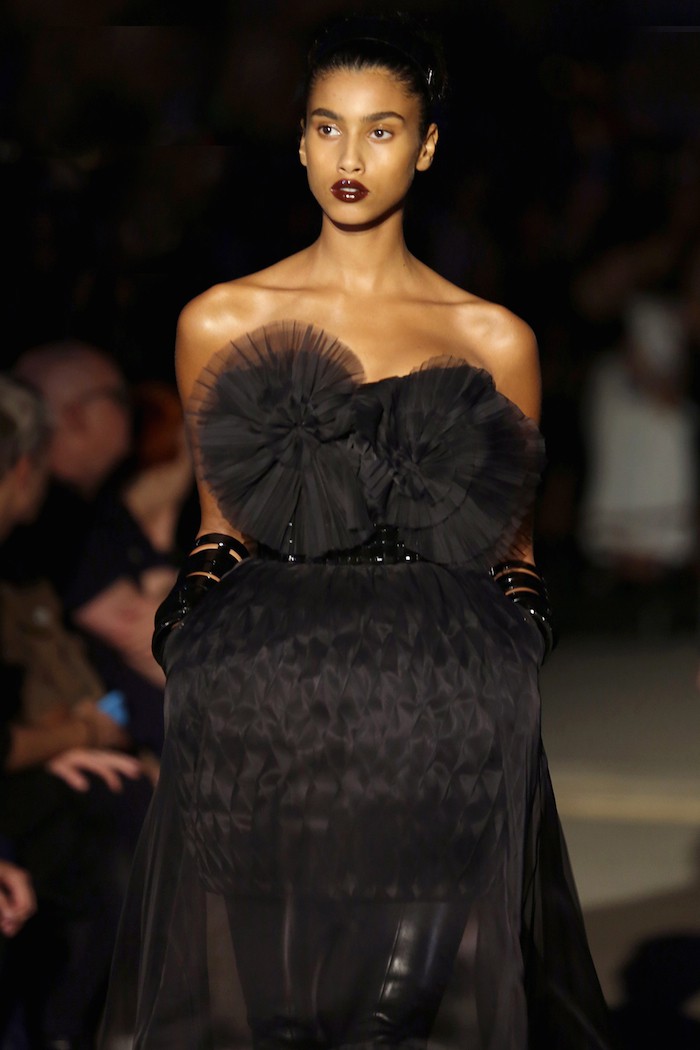 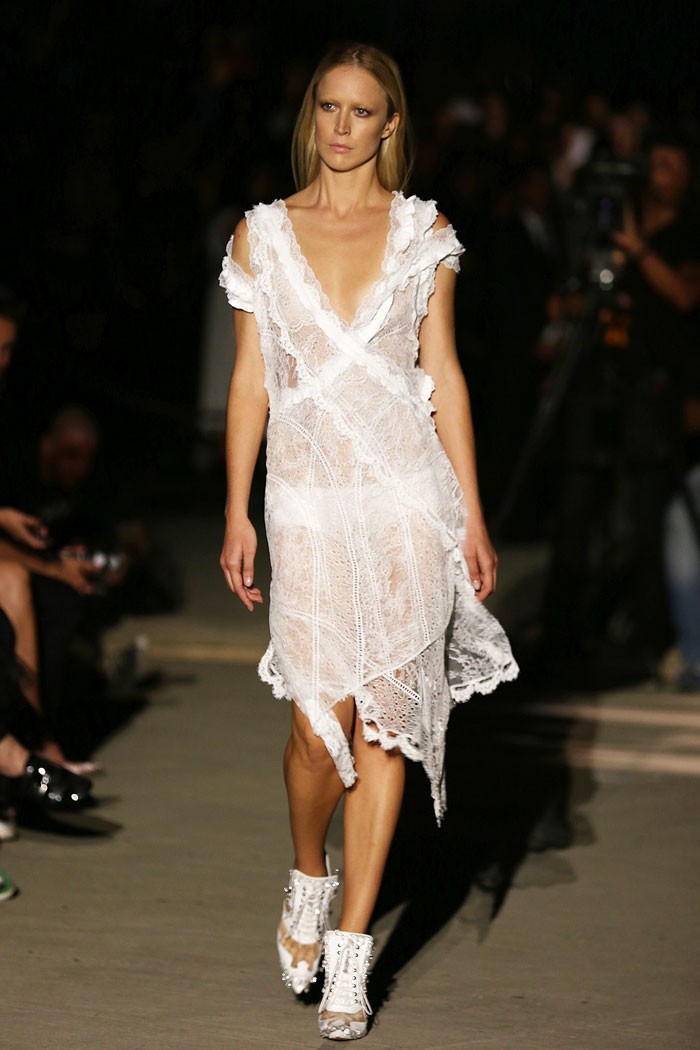