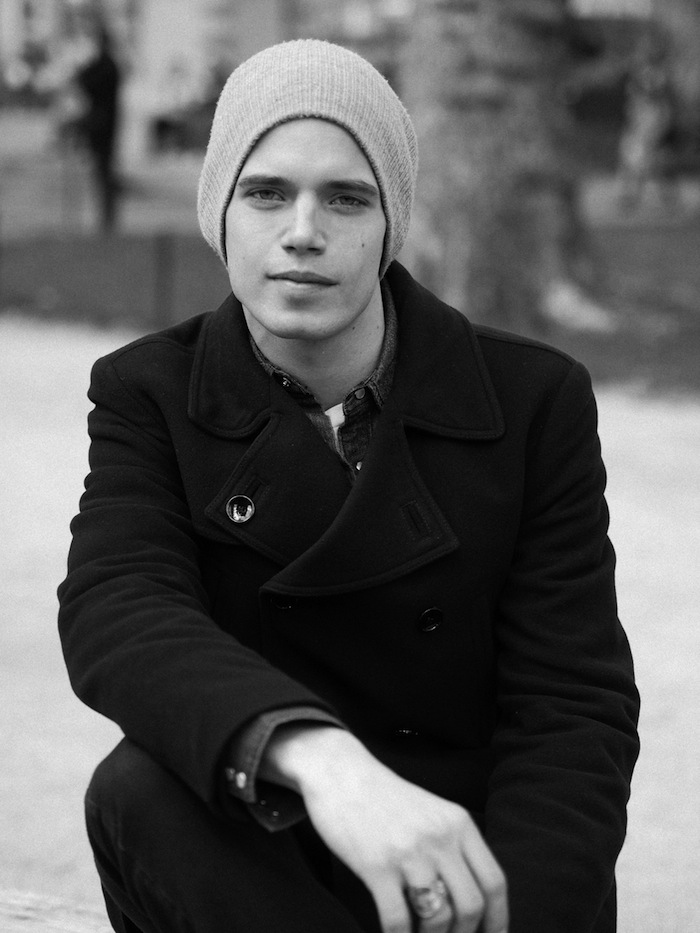 Mark Cox may be best-known for his campaigns for Gucci, Zegna, and Calvin Klein, but this season he’s lending his cheekbones to a new venture, the Dutch reality show The Face, a modeling competition based on The Voice where he serves as one of the coaches. With his years of experience, Cox is competing against three other judges to help his models breakthrough on an international level like he has. Shot over about a month earlier this year, The Face is seen on Dutch channel RTL. Cox spoke with Jonathan Shia about his experience on the other side of the camera and his move into acting.

Mark Cox from models.com on Vimeo.

MDC: How did you become involved with The Face?

Mark: I was here in New York about two months ago and the producer Sebastiaan Spaan called me up saying that they were searching for a male model to be a coach, someone who has experience in the business, somebody young and fresh, and they came up with me. And after two talks with Sebastiaan it was clear I was the guy for them.

MDC: What exactly is your role on the show?

Mark: There are four coaches who each did a casting in the first episode with fifteen models, and we picked out five models from them. The models are all working models already, but they haven’t broken through into the international modeling scene, so my job is to help them become better models. I coach them at photo shoots, talk with my models about go-sees, castings, runway, and all things that modeling involves. It’s based on The Voice—it’s the same producer as The Voice— but about modeling. It’s both guys and girls with some experience, and they all live in the same house, they’re going around doing castings and real-life jobs. There’s nothing staged in it.

The models were filming every day, but I wasn’t shooting every day because I only had my scenes. As a coach you have two scenes a week or maybe three. There is an elimination every week where a model gets sent home and is no longer under contract with the modeling agency The Face, and the viewers watch us really get into it. We get briefs about how the models did during the week, how they were on the shoots, which one made the best pictures, who made the most money, who had the best attitude— all of this is closely watched by the booker of the models. Based on that we each have to nominate a model to leave the house. The models do a final runway to impress the coaches for the last time. After the final runway we decide who goes home and which model will still be working for the agency The Face. The female coaches each have to put one model up for elimination and so did both of us male coaches. So four models are up for elimination every week, and the female coaches decide which male model has to leave and we male coaches decide which female model has to leave. But the program is all about positive feedback for the models and we want the best model to win.

MDC: Who were the other coaches?

Mark: Philip Riches, he’s an Australian fashion photographer who has shot with Lara Stone, Doutzen Kroes, Nimue Smit, Rianne ten Haken, just to name a few. Olcay Gulsen, who is the founder of SuperTrash, one of the big upcoming brands in Holland and now also in Europe and opening a store in New York. Frederique Van der Wal, Holland’s first supermodel who worked with the biggest clients like Vogue, Revlon, and Victoria’s Secret and did movies with Mel Gibson and Will Smith. And the host is Sylvie van der Vaart, who has done many big television shows in Holland and in Germany. All the coaches are established in the industry and have lots of experience.

MDC: Did you get a chance to watch the other coaches at work?

MDC: How hands-on was your coaching?

Mark: I did two shoots on set, working closely with the photographer, and coaching the models in what to do. We also did some coaching scenes, pretending to hold a casting so I could give them feedback on how to move in front of the camera. My coaching would be different for each model I was working with because they all had different looks and totally different personalities. So my approach to each model was different.

MDC: You’ve been working as a model for three years now. What do you think are some of the most important things you’ve learned about how to be successful?

Mark: There is no formula to become successful. I think it’s about how to interact with the clients. You’re working with these big companies and they spend a lot of money to hire a model, and you don’t want to have a model that just sits around, or is sleeping and doesn’t care about anything, who doesn’t give a fuck about the job. I think a client wants to see interaction, wants to work with somebody who’s friendly and easygoing. I think showing them your personality is the most important thing. There are so many good-looking models, so why would they choose you? Throw your looks and personality in a blender and people will love you for who you are.

MDC: Did you learn anything about working as a model from this experience looking at the industry from the other side?

Mark: It’s funny to tell other guys, who are maybe even older than I am, what to do in the business, but they really appreciated the advice I was giving them. They saw that I brought some advice to the table that they knew and some they didn’t know. I tried to tell them about most of my experiences in the industry and they could take it or leave it, but they were very happy having me not only as a coach but also as a friend to talk to.

Personally I learned the most from the experience of working with the best Dutch crew and the biggest producer in Holland, John de Mol, who is the big brain behind programs like The Voice and Big Brother. And just being part of a crew making a television program instead of being the model on set. At the same time it made me take a good look back at my own career when I was telling my experiences to the other models that made me realize how blessed we are as models to be able to travel the world, meet all these interesting people, and have the time to do things you really love to do.

MDC: And you are branching out into acting as well now, right?

Mark: I did a really small part in a French comedy Nous York that I shot here in New York. That movie’s going to be released toward the end of 2012 or in 2013. The whole experience of reading the script and being on set was great. When I get the opportunity to do acting, I’ll grab it with both hands and go for it, but it’s not something I want to rush into.

MDC: Is acting something you’ve always wanted to do?

Mark: I’ve always thought about it, but I never thought I would come this close. I never spoke out about wanting to become an actor, because a lot of models want to become an actor in the end. Now I’m looking for an apartment and once I get my apartment settled, I’m going to focus on acting and modeling and filling up a busy schedule.

The first episode of The Face can be viewed online here.