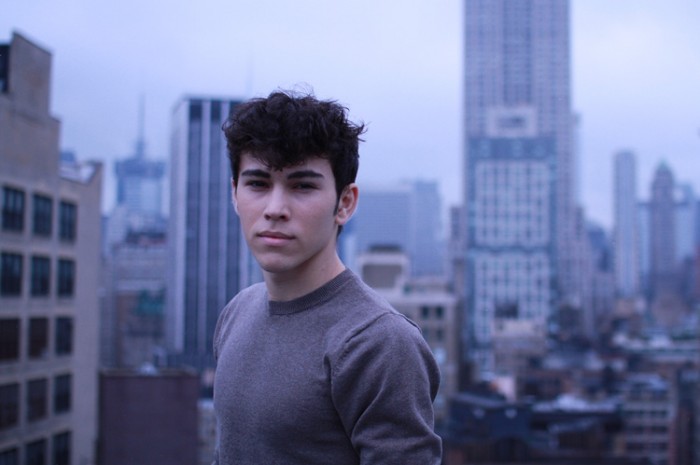 When candids emerged from the set of Madonna’s latest Dolce & Gabbana campaign, everyone wondered just who that mystery male model was and where he came from. MDC caught up with the young man himself, Max Schneider and found out a bit more about the exciting multi-hyphenate actor-singer-dancer-model; he’s so much more than meets the eye.

MDC: Now, you’re just 17 so are you still in school?
MAX: I’m a senior at a professional performing arts school, our school’s main purpose is for kids that work in the industry. They have an on location program so students don’t get penalized when they take the day off to do work, they really embrace it.

MDC: How long have you been doing that?
MAX: I have been acting, singing, dancing since I was four. I saw my first Broadway show when I was four and I came home and I reenacted The Lion King on my living room table for all my family and friends. From then I knew that this was what I was meant to do and I’ve done it ever since.

MDC: Now with modeling were you discovered on the street?
MAX: I go to this acting school called “Act Teens” and we do mostly film and on camera work and they had been contacted for this editorial in GQ about actors in New York so they sent me to Jamie at a Street Cat Named Desire and I went up for it. I didn’t end up getting it because I was too young but after that they gave me another chance, they saw something in me. I went up for this Dolce & Gabbana ad and I was lucky enough to book it. It was incredible.

MDC: So this is like your first big ad, what was it like doing that ad?
MAX: It was absolutely fantastic, just an incredible experience and they were all so nice to me. They really embraced the fact that I wasn’t really as used to that type of world as I was with the acting world, so it was very comfortable. 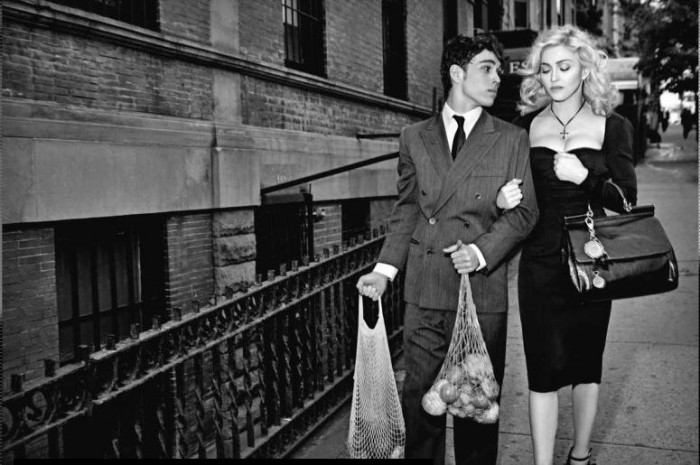 MDC: The ad features Madonna, what was it like working with her?
MAX: It was very comfortable. She walked in the room, and I’m a big Madonna fan so I was expecting it to be nervewracking but she walked in and it was totally fine. I felt like her son for the day, I was supposed to be her son in the ad campaign actually. She was just so nice to me, it wasn’t like I was some random kid, she really treated me with respect and I truly respected her for that. She’s such a superstar but she treats you as though you’re on the same level. It was really incredible and she’s just a very nice, sweet person. I was pleasantly surprised.

MDC: Do you think your training as an actor helps you model ? Modeling is a bit like playing a role.
MAX: Actually it helps so much. At the shoot that I did (for Dolce & Gabbana), there was an acting coach there that they had brought in for the models, once we started out and she started telling me what I needed to do and after a couple of minutes she said “Oh, I don’t need to tell you too much, you seem like this is really natural. Are you an actor?” and I said “Yeah, I’m an actor” and she said “It’s so much easier when you’re actors, it’s great.” It felt much more comfortable to be thrown into different roles due to my acting training.

MDC: Now, I know that you said that musical theater is your thing, is there any particular one that stands out to you? I’m sure at school you’ve done productions.
MAX:I love musical theater, I was in a show called 13 (on Broadway) last year and it was an amazing show. It was incredible, it was actually the first all teenage cast on Broadway ever so it’s a different experience. Broadway is like a family but it’s more so family when they’re all kids. They’re all working together; it was really like we were growing together in this professional world. As for other musicals, I love A Sunday in the Park with George, Spring Awakening, Hair. I love the King and I, which I did this summer at this camp I go to. I never really loved the show but once I did it (I played the King) it became one of my favorites. It’s such an incredible piece. I could go on and on.

Max tells Models.com about some of his passions and what he likes to do on his free time.

MDC: Now, how much were you into fashion before you started modeling?
MAX: I have some friends who are very into fashion but I never followed it too intensely. I always try to be fashionable and I try to wear nice clothes but I wasn’t reading all the magazines and such, but I’ve always appreciated it. The world of fashion is incredible, it is ever-changing and spontaneous, one day something can be in and the next day it’s totally out, it is fascinating.

MDC: You have a really unique look, what is your background?
MAX: It’s funny, I get asked if I am Hispanic all the time, I get Italian a lot too, but I’m actually Russian, Polish, Irish and English which a lot of people don’t think I really look. It’s all a very interesting mixture; I’m very Russian, 50%.

MDC: Are there any sort of goals you have as an actor or as a model? Things that you would just really love to do?
MAX: In the overall scheme of things I want to use what I do, my art to help the world, help people. For professional work wise, I’d say keep doing what I do now. I want to work on films, work on movies. Music wise, I write my own music as well and I have a demo coming out, an EP which is called “First Encounters, Max Schneider” I love John Legend, Justin Nozuca, I’d love to collaborate with those people anytime I could. Film stars wise… Tom Hanks, I’ve always loved Tom Hanks and I don’t know what kind of movie I would do with him but that’d be an incredible experience.

MDC: Tell us a bit about your charity work.
MAX: I’m a part of this company called “Move for Autism”, speaking of the art helping people and the world. What we do is raise money through dance and acting and vocal shows and we raise money for Autism Speaks which helps autism research. The founder of the actual company, her younger brother has autism. There’s two shows this week actually; it’s always been the most rewarding thing to me. You can have fame, you can have fortune as an actor but when you know what you’ve done has helped children, helped the world and made a difference, that’s when you know that art is really doing something. I want that company to grow and expand and help the world.

For more on Max, visit his official site MaxSchneider.com