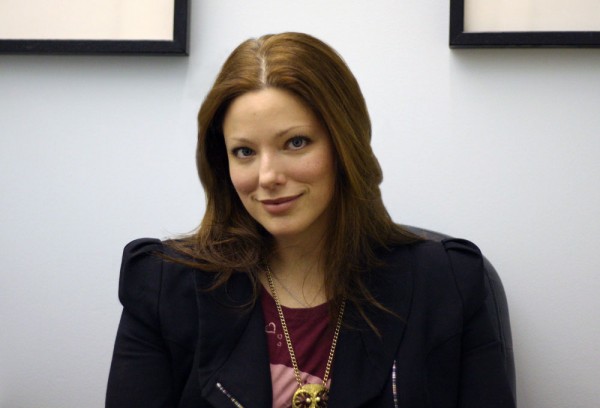 Kate Dillon is a trailblazer: whether she is opening doors for models, heading up her own non-profit, or teaching us all a thing or two about green living, Kate manages to constantly be at the forefront. As one of the first plus size models to gain prominence, Kate played a unique role in broadening fashion’s view of beauty and helped to redefine just what a model can do. With a stellar career and a degree from Harvard under her belt, Kate is among the most accomplished models we’ve ever had the pleasure of sitting down with. Fresh off her second stint in Vogue‘s Shape issue (she was the first plus size model to ever be featured in the magazine) Dillon sits down with MDC to discuss fashion, philanthropy and what it means to make an impact, both in and out of the modeling industry.

MDC: You’ve had an incredible career: what was it like working with all those amazing creative talents?

Kate: Photographers like Richard Avedon and Helmut Newton didn’t see size, they saw shape and energy and so I think people have always put me with edgy photographers. I’ve worked with some of the living masters as well. I’ve worked with Patrick Demarchelier several times; Craig McDean, a brilliant photographer. I’ve had a career that most models would envy even though I’m a lot bigger than they are, but I’ve had an amazing go of it. I also worked with Vogue Paris a lot early on. Carine and I knew each other. She’s another one who doesn’t really see size, she also sees shape and energy and for something interesting. I worked with her as a teenager in Paris and then when she found out I was modeling again as a plus size model….Â  She was really at the forefront, she put me in her magazine ten years ago. 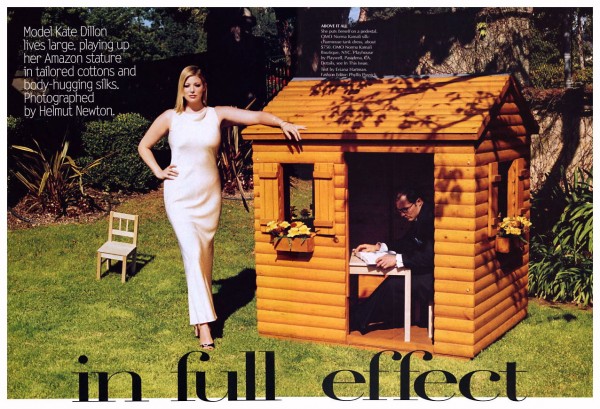 MDC: What advice would you give to models just starting out in the industry?

K: My advice is always be yourself. If you’re going to be one of the bigger girls then be one of the bigger girls and there’s people who really want that. Secondly, make sure you have something else going on, more for your emotional life, to have vibrancy. It’s a very up and down kind of business so it’s really important to have that to anchor you to the ground. I did lots of things when I was modeling full time to do that; I did martial arts, I took classes, I got involved with causes, I started my own non profit organization. I think it’s really important to have something else to ground you in reality because the industry can get a little cuckoo, in a wonderful way but cuckoo nonetheless.

MDC: Tell us a little bit about your non profit.

K: About two and a half years ago I was on a safari in Zimbabwe with my parents. We visited a school and this one little girl really captured my heart. They were looking for people to sponsor these children to go onto secondary school. Primary education is one of the development goals of the new millennium. It’s something that people have put a lot of energy into and with good results in a lot of cases. Secondary school is also really necessary and it’s not available to most girls outside of wealthy countries. Most of the time because they have to go home and take care of their families and lot of it has to deal with cultural marginalization of women. It is also extremely expensive because there aren’t secondary schools in a lot of rural villages and so they have to travel and get their uniforms. It can end up being prohibitively expensive.

When I finished grad school I knew that I wanted to start this fund to support girls and children from this region to go to secondary school. Around that same time I met a girl who worked at the Clinton Foundation and she had already started a similar fund in Rwanda. We sort of partnered up so we’ve got our one girl in Zimbabwe and we’ve got thirty girls now who we sponsor to go to secondary school in Rwanda.

It’s a really no-brainer to invest in a woman’s education. There’s empirical evidence after empirical evidence that shows that when you make a dollar investment in a girl, you’re making a huge investment not only in her but her family and her community. I’m really excited to playing a role in and advancing that issue. 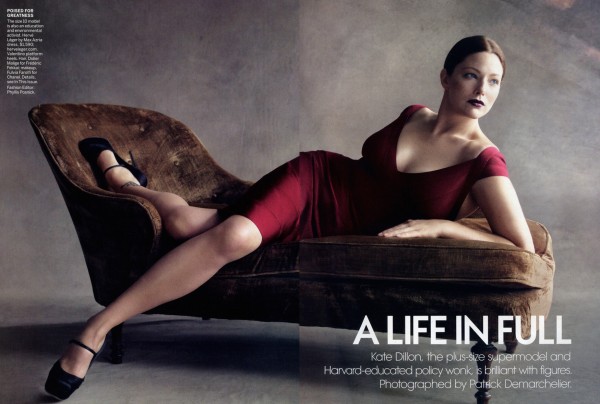 MDC: What makes the development of education for women in third world nations such an important cause?

K: Are you familiar with Nicholas Kristof? He’s a columnist for the New York Times. He’s written a book with his wife (Sheryl WuDunn) called “Half the Sky”. I highly recommend it. It’s a book that supports what we’re doing. It is saying that women are marginalized all over the world in a variety of different ways for a variety of different reasons. The impacts are forced prostitution, maternal health issues and poverty. There are a number of ways to get out of this but the first line of defense is education. What’s amazing is that there have been people that have really researched “What is an investment in a woman, what does this do”? Nelson Mandela said “You educate a girl and you educate a generation” and it has been proven that women have a tendency to reinvest in their communities, so the multiplier effect of that one small investment is incredible.

We’ve created a platform for philanthropic activity at the Wilhelmina‘s W Curve board (Kate’s agency) called “Curves for Change”. We’re actually in the process of developing our first event which is going to be a 5K run/walk. Not sure where, not sure when yet but it’s going to be fall (2010). We’re raising money for a fund that will support three different organizations (to be determined). My organization is one of them I’m hoping. We’re voting on it, it’s all very democratic. That’s another exciting thing that we’re doing as a board and as a group of models saying, “How can we take the fact that we’re so fortunate to be in this industry and do something?” And it’s an industry where women can be empowered. Women get paid more than men in this industry, women have more power than men in this industry so we wanted to focus on something empowering to girls and to take that power and leverage it. I told the girls whether it’s right or not, people listen to pretty people and you have to make sure you have something to say. So we’re working on that as a board, as a group of women not just as individuals. I do think that it is about creating that momentum with more than just one person. It’s not just about a personality, it’s about a whole team of personalities. 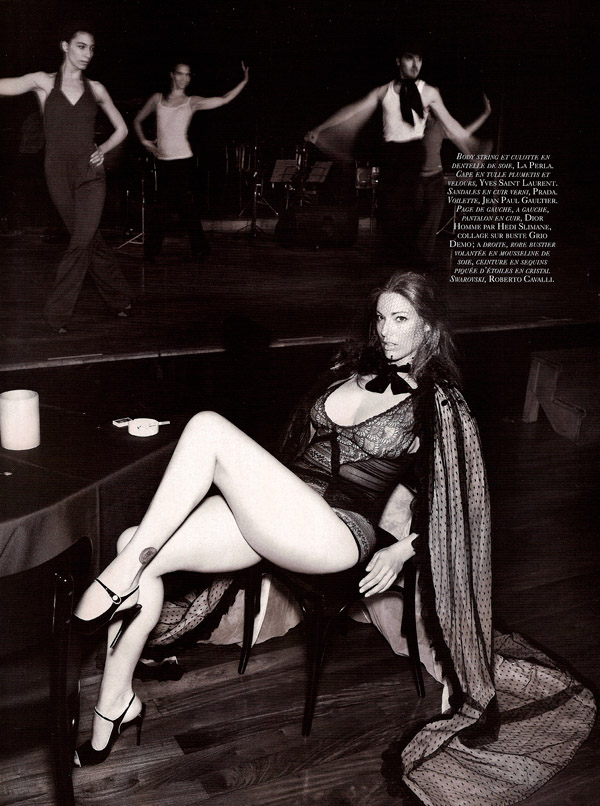 MDC: How do you balance all your charity work with modeling?

K: What is so great about being a model is that if you’re lucky like some of us are, we basically get a full time salary with part time work because we don’t work every day. Plus size models don’t work everyday for the most part, there’s a couple of them that do. But for the most part you work basically part time, with sparks of more intense activity but then you have some free time to be entrepreneurial, to do something valuable with your time. That’s what we’re working on, trying to make a contribution.

MDC: Speaking of simple things people can do to sort of increase this sustainability within their lifestyle, what would you say are some things that everyone can do that they might not know about?

K: There was a study done, it was really interesting, that subtracts the total carbon emissions of a garment. I think they used a t-shirt and over the life time of the t-shirt the main sort of cause of emissions was washing and drying your clothes. The first thing you can do is when you have the time, because I recognize that people are time conscious so maybe one every three loads or something, wash in cold water and line dry your clothes. What I try to do is, there’s certain things that really I don’t have the space for in my apartment to line dry so what I do is, I’ll do three loads in cold water of everything I can then maybe all the socks and the towels, I’ll put in the dryer. Be very limited in your use of the dryer and always wash in cold water.

Another thing is to buy used clothing/vintage. Certainly in New York there’s an unlimited number of fantastic vintage clothing stores and even “vintage” stuff that’s like two years old. Like Ina downtown, there’s several locations and they have awesome clothes at a reduced price. You get really high quality stuff and it’s not having an increased environmental impact, in fact its taking something that would have ultimately ended up in the landfill – there are almost 25 billion pounds of textile waste in our landfills. So cutting down on waste is another totally no-brainer choice.

Another thing would be to really pay attention to what fabrics you’re buying so avoid synthetic fabrics, avoid the polyesters or things that are primarily polyester. Buy the organic t-shirt if you have the choice between the organic and the conventional cotton one. The impact of cotton: very large quantities of pesticides and synthetic fertilizers are used which is really damaging the soil quality and also can be a real health issue for people that are working directly with the crops. Those three things should keep people pretty busy and also have a real impact.