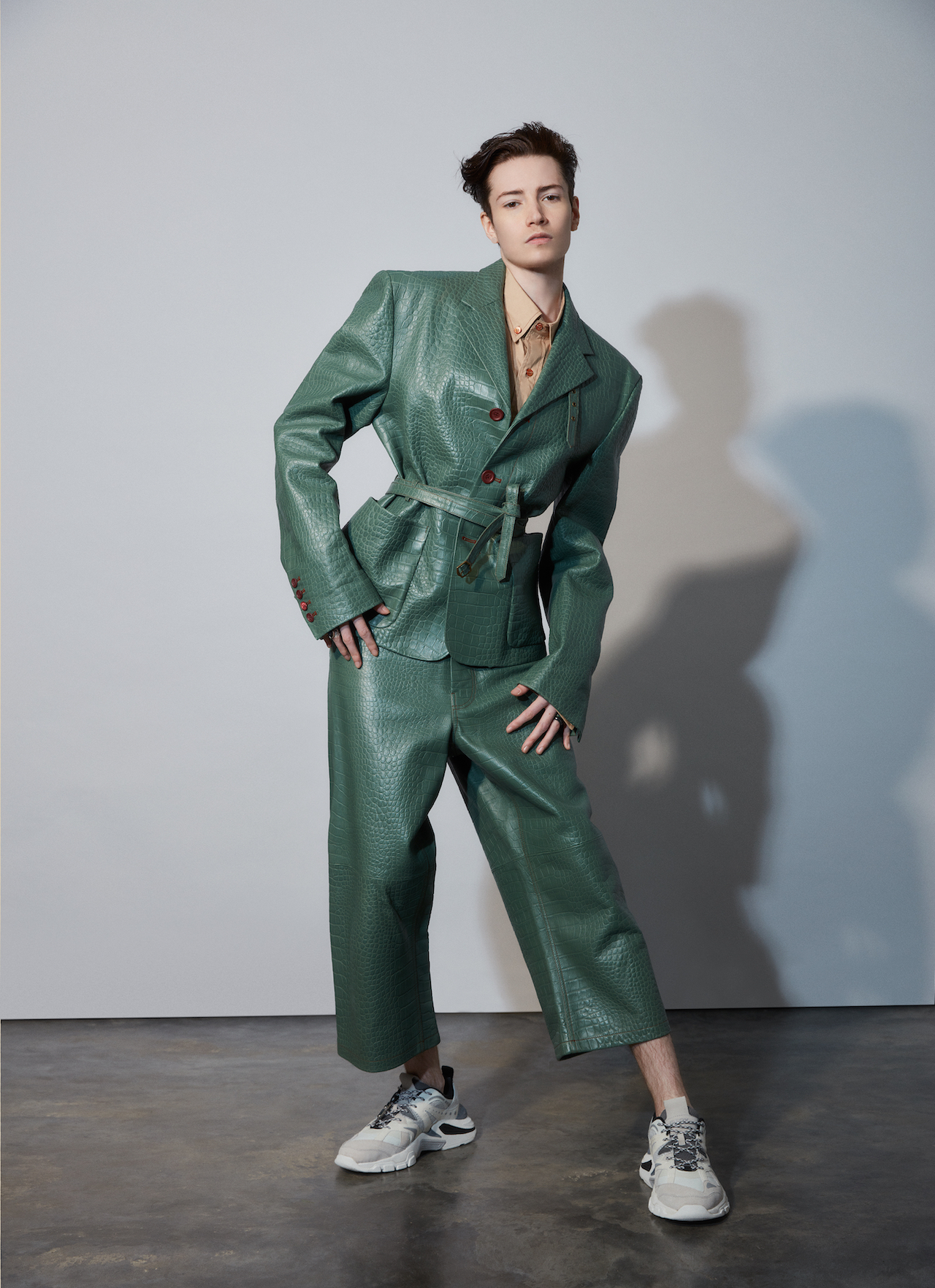 Back in early March, three months—and what feels like a lifetime—ago, Krow Kian strode down the runway at Louis Vuitton’s women’s show dressed in a sharp checkered blazer and zip-up leather pants with one of the house’s signature logo duffels under his arm, continuing a streak he has maintained over the course of five straight seasons since he made his début as an exclusive for Spring 2019. As the closing show of Paris Fashion Week, Louis Vuitton has staked a place as the last word of the full fashion cycle in recent seasons, but this show also served to mark the end of normalcy as we knew it, the final spin before we entered our new normal of lockdowns, quarantines, and social distancing, now given way to an era of calls for reform, introspection, and racial justice. Back in Paris, Kian saw hints of what was the come but says he never imagined how quickly things would change. “I had a feeling things might get serious, but I thought it would be more like the swine flu of 2012,” he recalls. “In Paris, people were talking about Milan and people being sick, but we just went about our jobs as normal. By the end of Paris Fashion Week, we were all becoming more and more aware that something was different about this ‘flu.’”

In some ways, it is fitting that Kian’s last job for months was for Louis Vuitton, which first gave him his breakout moment back in 2018, when he was one of a handful of transgender male models to walk for the women’s show, vaulting him into a rarefied category of high-fashion favorites that also includes Nathan Westling, Casil McArthur, and Finn Buchanan. Kian’s first turn for Louis Vuitton was also his return to modeling after his transition, a validation after his teenage years of modeling as a female after being scouted at a friend’s birthday party at the age of twelve. His career since then has been marked by a series of highlights, including covers of L’Uomo Vogue and Dazed as well as a Louis Vuitton campaign by Collier Schorr, but Kian admits he had not always planned to try modeling again, and only did so as an experiment of sorts for the documentary, Krow’s TRANSformation, which followed him on his journey and opened the Raindance Film Festival in London last fall. “Originally, I wasn’t even thinking about it, but with the documentary, we thought, ‘What would happen if we tried to see how I am as a transgender male and if I’m going to be accepted in the industry?’” he explains. “[My agent] Liz Bell was interested, but she didn’t know about the risk. Then Louis Vuitton came out and wanted to have specifically transgender models to walk the runway for their women’s line and normalize that in the fashion industry, so she signed me right on the day that she met me because she saw I had what it takes and she truly believed that I could make it.” 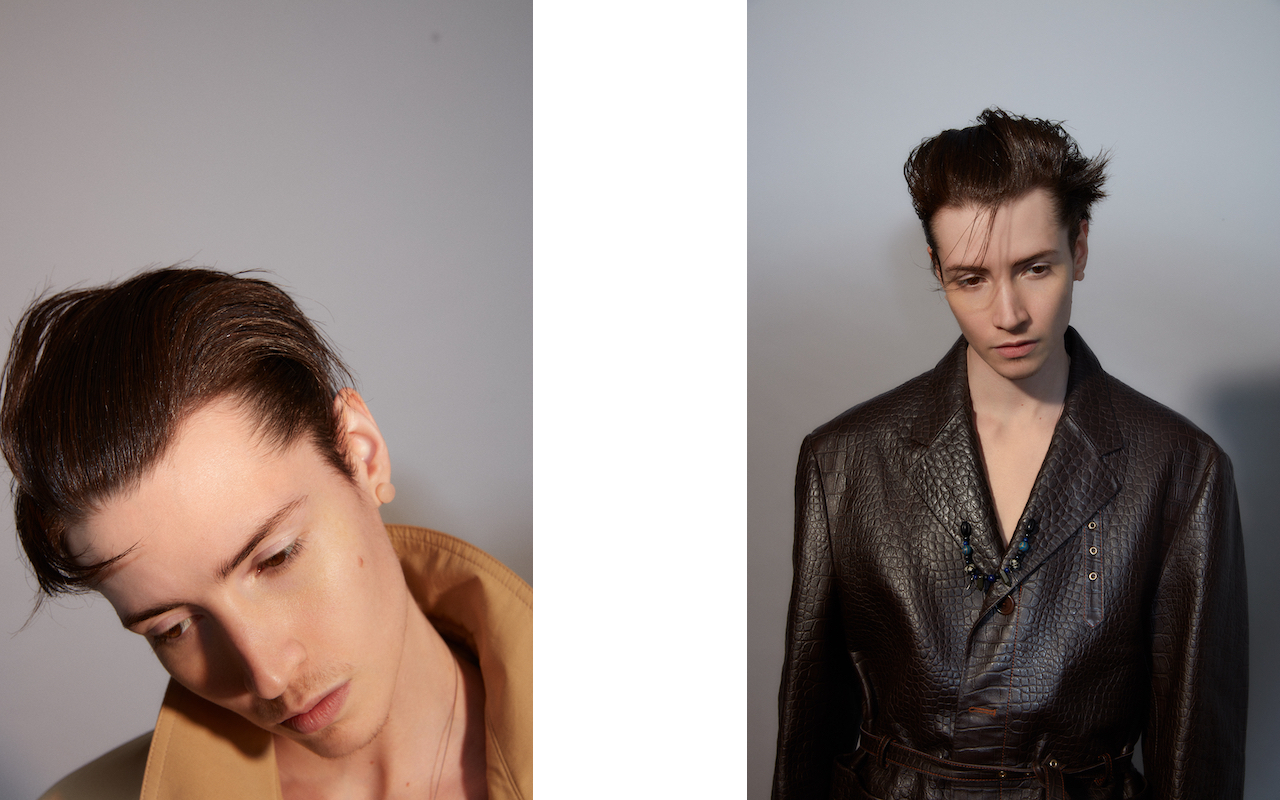 Fashion likes to imagine itself as a progressive industry overflowing with idiosyncratic creatives propped up by their own individuality, but as recent events have shown, it is far from the utopia it likes to present. Fashion conglomerates, magazines, and international retailers are still overwhelmingly controlled by white, cisgender men and women and often have long histories filled with examples of racism, sexism, homophobia, and transphobia. From pioneers like April Ashley and Tracey Norman to contemporary models-slash-actors Indya Moore, Hari Nef, and Hunter Schafer, transgender women have fought to carve out a space for themselves for decades, and Kian says he’s not surprised that it is only lately that transgender men are starting to catch up. “If you look at social media and you look at the number of transgender women versus transgender men that are open about being transgender, you see that there are significantly more women than there are men,” he says. “I think a lot of that can come from the fear of not being accepted as being enough of a man, whether it’s a cultural thing or a personal thing. I think a lot of transgender men are afraid of taking that step and being proud of who they are, so hopefully, by me and other transgender models and celebrities stepping forward and being open about being transgender, we’ll open that up for the rest of the people to be open about that and talk about it rather than pretending that nothing like that ever happened.”

That desire to increase the visibility of transgender men is what led Kian to agree to participate in the documentary in the first place. In search of a studio that would photograph the before-and-after of his transition, he and his mother reached out to Gina Hole Lazarowich of THEY Produce & Film, who suggested directing a film to record the entire process instead. “At first I was a little worried about doing that because once you’re out as a trans man, that’s all you’re seen as rather than just a ‘regular’ man,” Kian says, “but then I realized how much I would have loved to have a role model to look up to, someone that I could connect to and feel like I’m relating to and normalize it, so I figured it was worth it to see if I could help some people by sharing my story.”

A Vancouver native, Kian points back to middle school sex ed classes as the beginning of his story, the first time he learned about the extent of the anatomical differences between boys and girls. He traveled to Japan at 13 on a modeling contract and says he had a surprising response to the culture’s strict gender norms. “I never had any interest in really girly things, but on the flip side, I was trying to be a girl as hard as I could, so the modeling could teach me how I should look, how I should act, and that helped me understand what I’m ok with and put boundaries for myself,” he recalls. “Sometimes I did enjoy dressing up like a girl and looking really pretty, but on the flip side, it didn’t feel right. I think that helped me cement my decision of wanting to transition because I didn’t want to feel that way the rest of my life.” 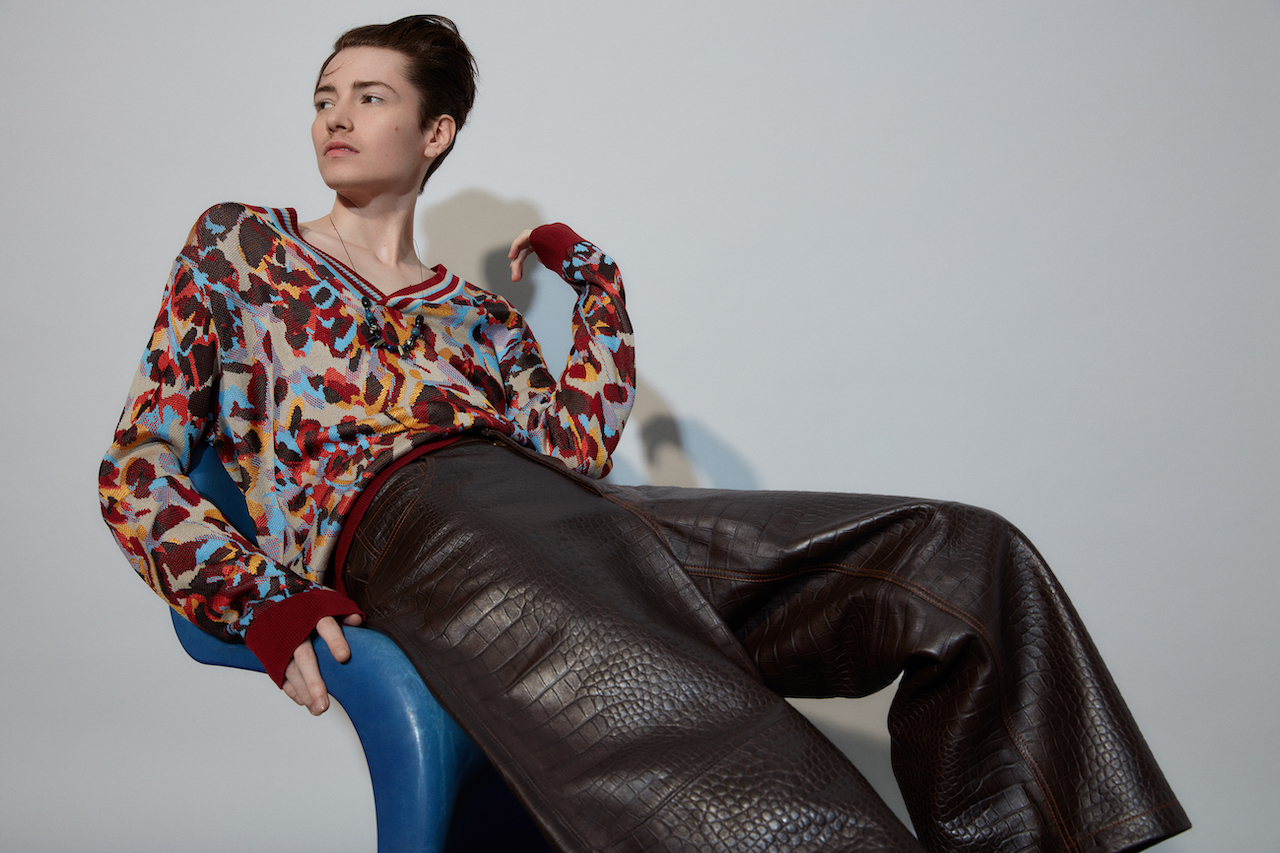 Back in Canada, Kian began to feel discomfort with his body but, like so many young transgender people, was unable to specify the reason. “I always felt like one of the guys and I always thought like, ‘Why wasn’t I born a guy? It just seems so much easier. I understand being a guy more than being a girl,” he recalls. At 16, he met his first transgender friend, who introduced him to the cosplay community, a haven of sorts for transgender people and others looking to escape the identities they were born into. “That introduced me to the concept and I was like, ‘Wow, that actually is how I feel, I didn’t realize that’s a normal thing that other people feel too,’” he says. “So I ‘realized’ it when I was 16, but it was something that I always felt underneath, but I didn’t know how to express it.”

With the film’s impending distribution, Kian has begun to settle into his new position as one of the industry’s most visible transgender men. He hopes his documentary will offer some direction and guidance to others struggling to understand themselves who might not have anywhere else to turn. “Some people are isolated from the transgender community and are afraid of coming out and they don’t know even where to start to look for a community without risking being found out,” he explains. “So they can watch this documentary without worrying about someone thinking that they’re transgender and having that judgment right away. They can see how it is and they can see that there are people out there that are completely accepting and it’s completely normal. Hopefully, that can give them hope.” 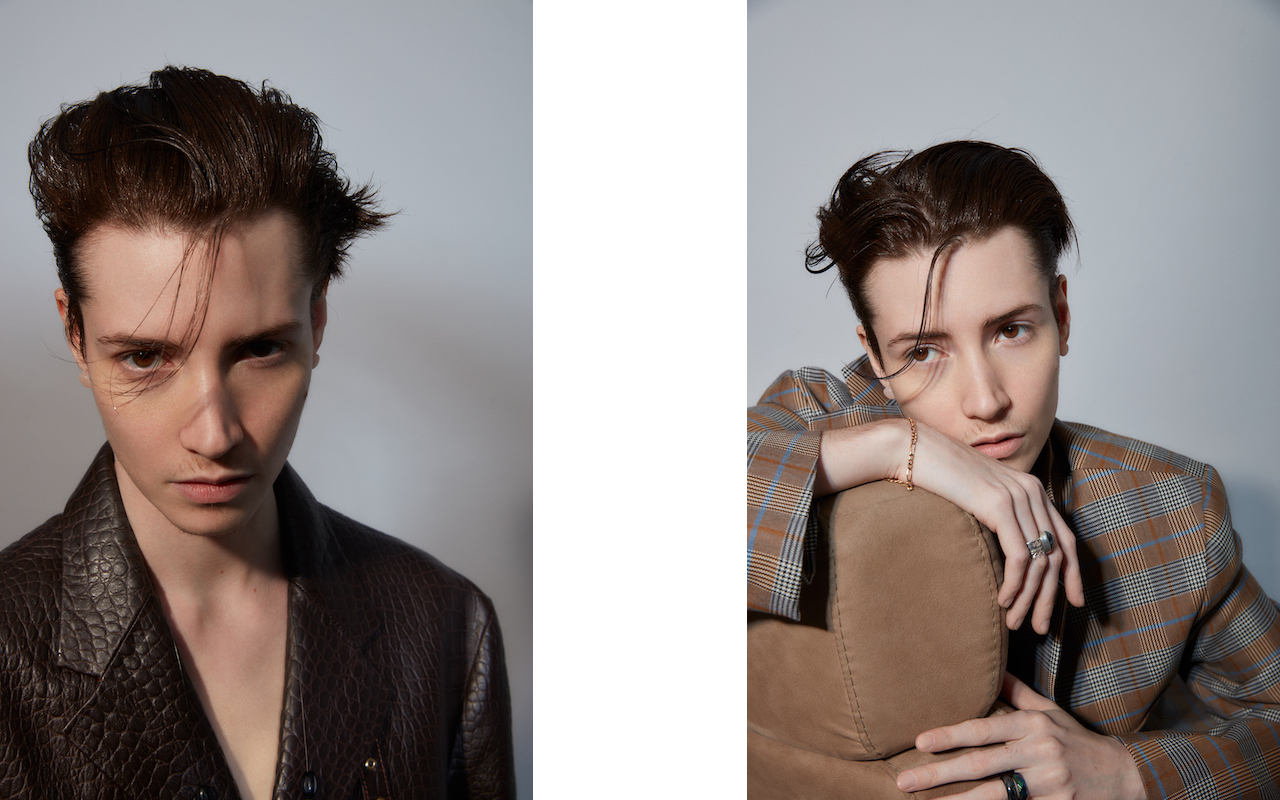 Paris Fashion Week is on, Kanye x Gap link up and more news you missed
NEXT Ash Foo On Comebacks and the Futility of Control