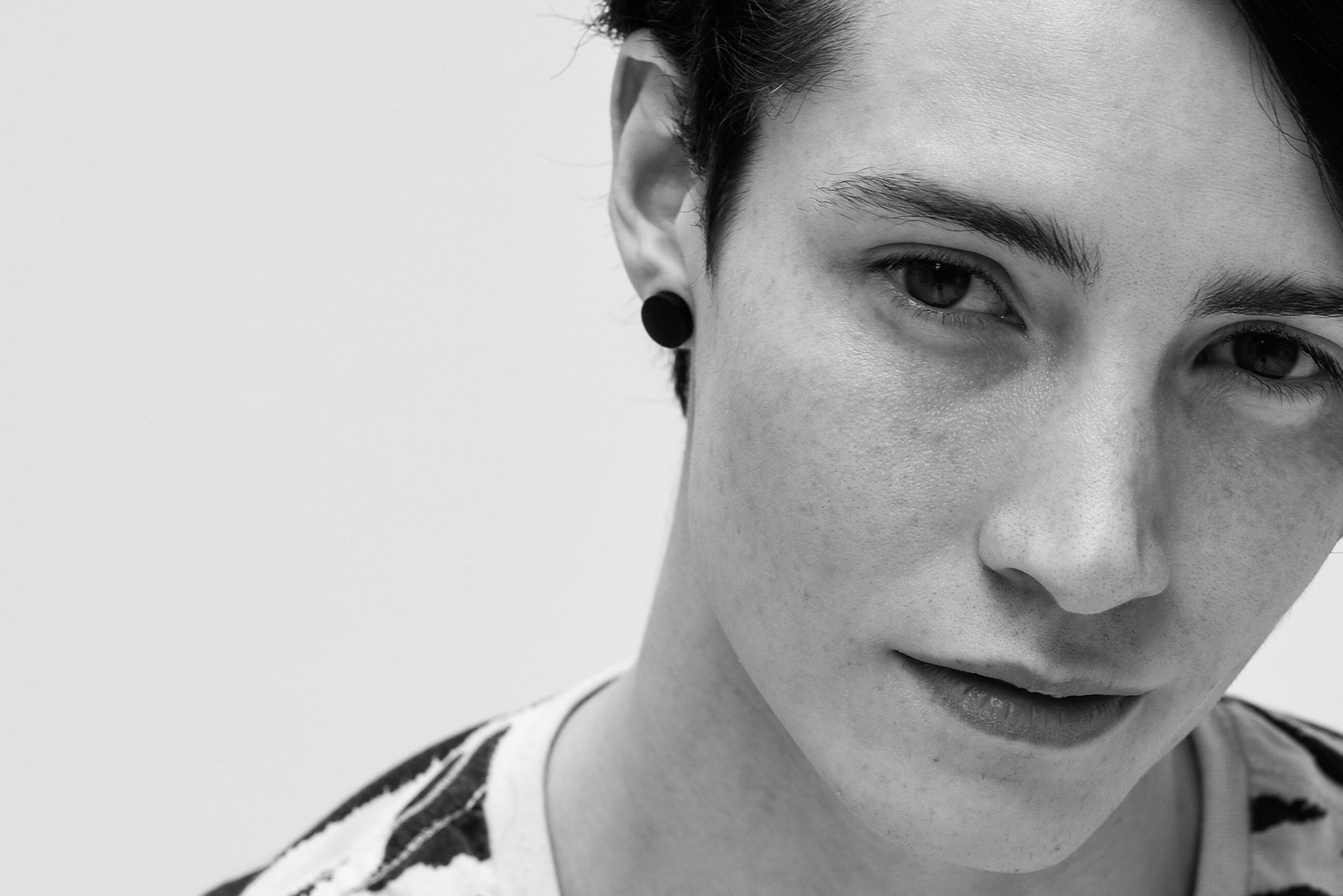 All photos by Sophie Koella for Models.com

The fight for equal rights for the LGBT+ community is largely discussed from a Western perspective and past the month of June, the focus turns back to the status quo. Yet as the viewfinder widens, as does the deficiency of human decency intersect – the U.S. State Department denies citizenship to the children of same-sex American couples born abroad, mirroring the deplorable acts on the US Southern border from those seeking refuge. As gay and trans people alike flee their homes abroad for fear of violence, the rising number of deaths of trans women stateside grows larger and trans people are banned from serving in the military and protecting the ones they love. Nonprofit organizations like Immigration Equality, seek to bridge these gaps by protecting families and empowering immigrants through the protections of citizenship, an initiative that HEROES is pushing to heighten awareness for. On the 50th anniversary of the Stonewall riots and the eve of America’s independence, photographer and model Sophie Koella captured the joyful World Pride Day scene for Models.com including the stories of LGBT+ migrants choosing refuge in the United States for all.

Special thanks to HEROES Model Management (New York), Zar Property NY, The Gay Wine Club, and Parcelle Wine If you would like to donate to Immigration Equality please visit, ImmigrationEquality.org 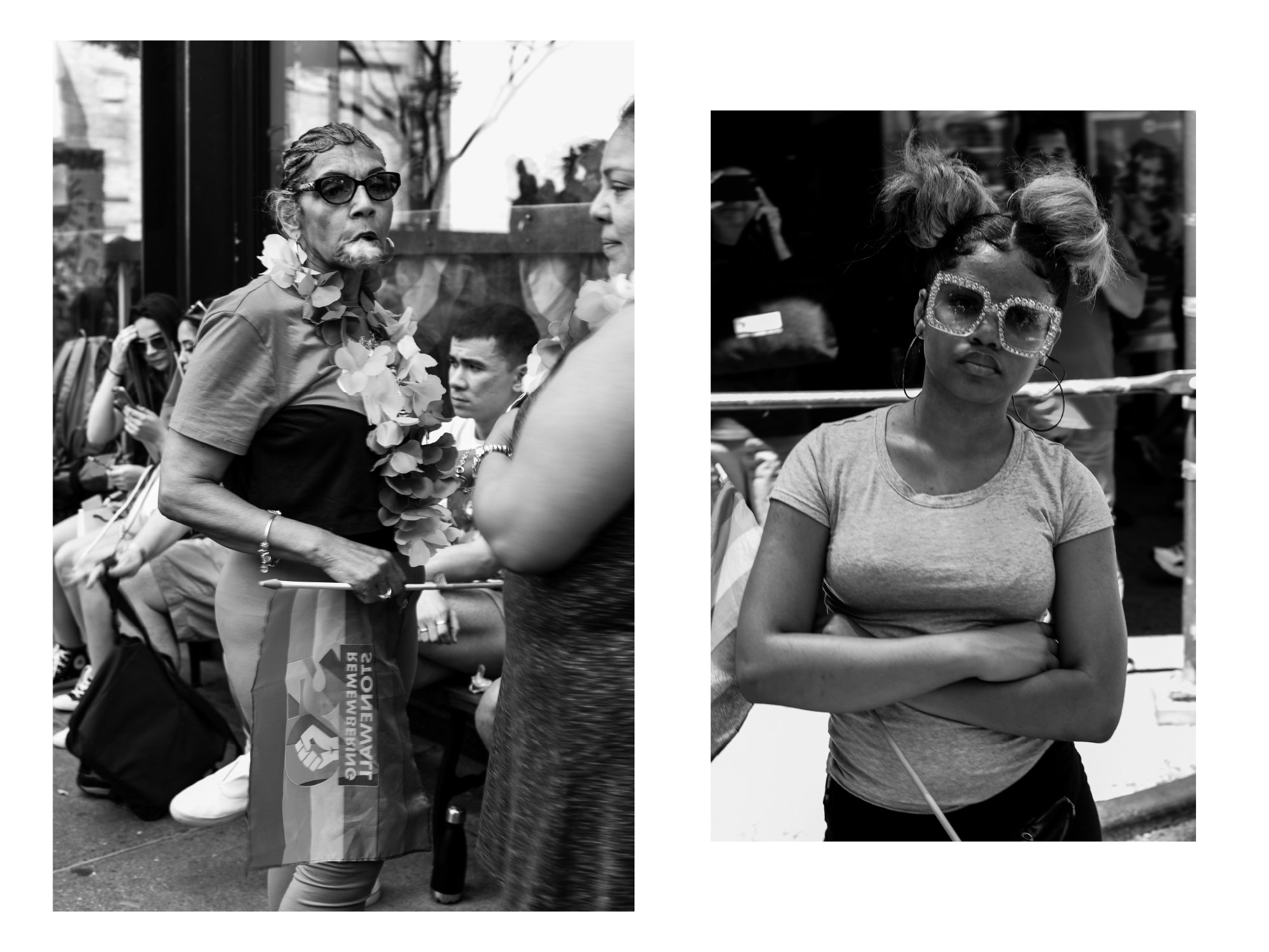 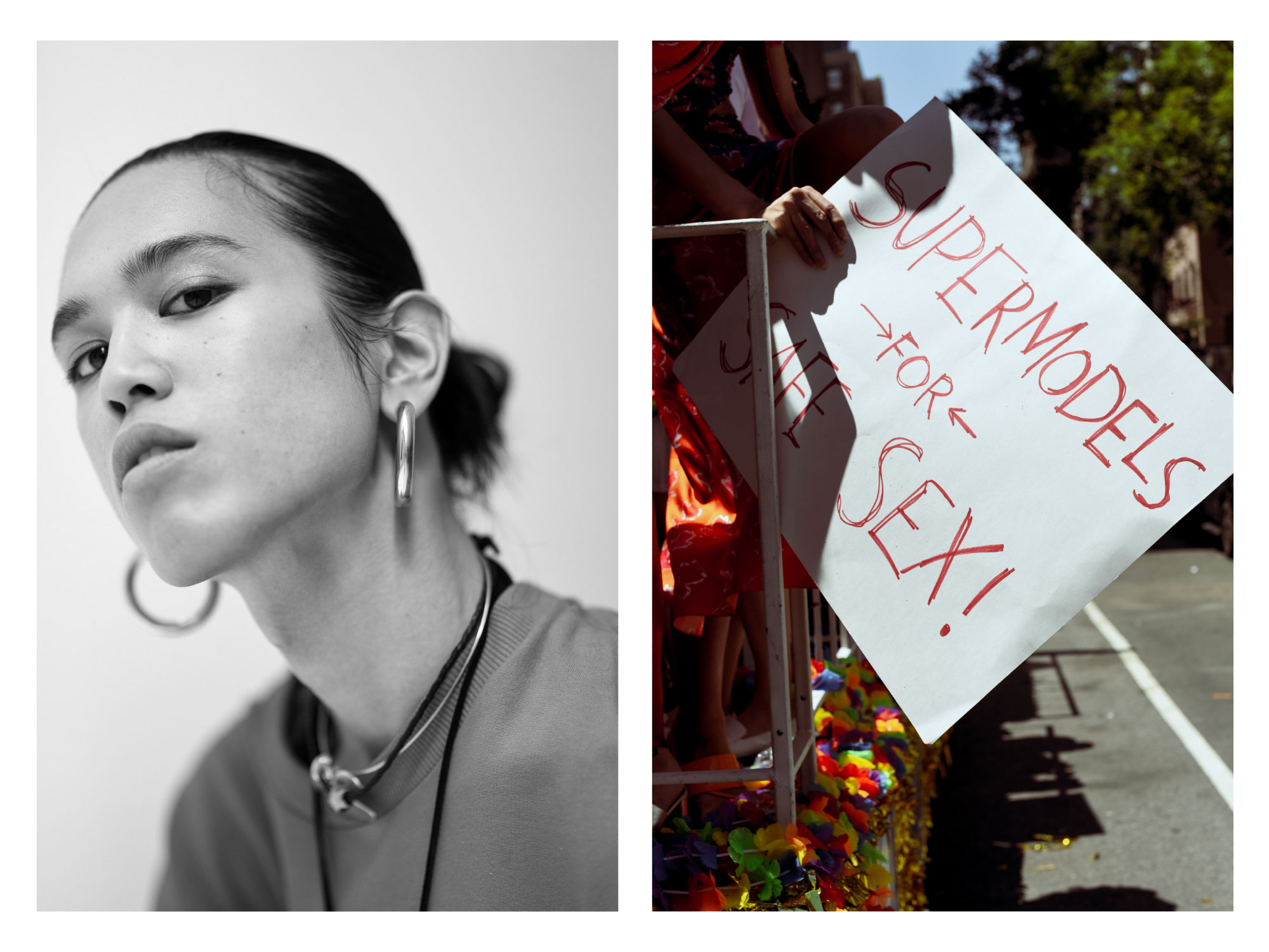 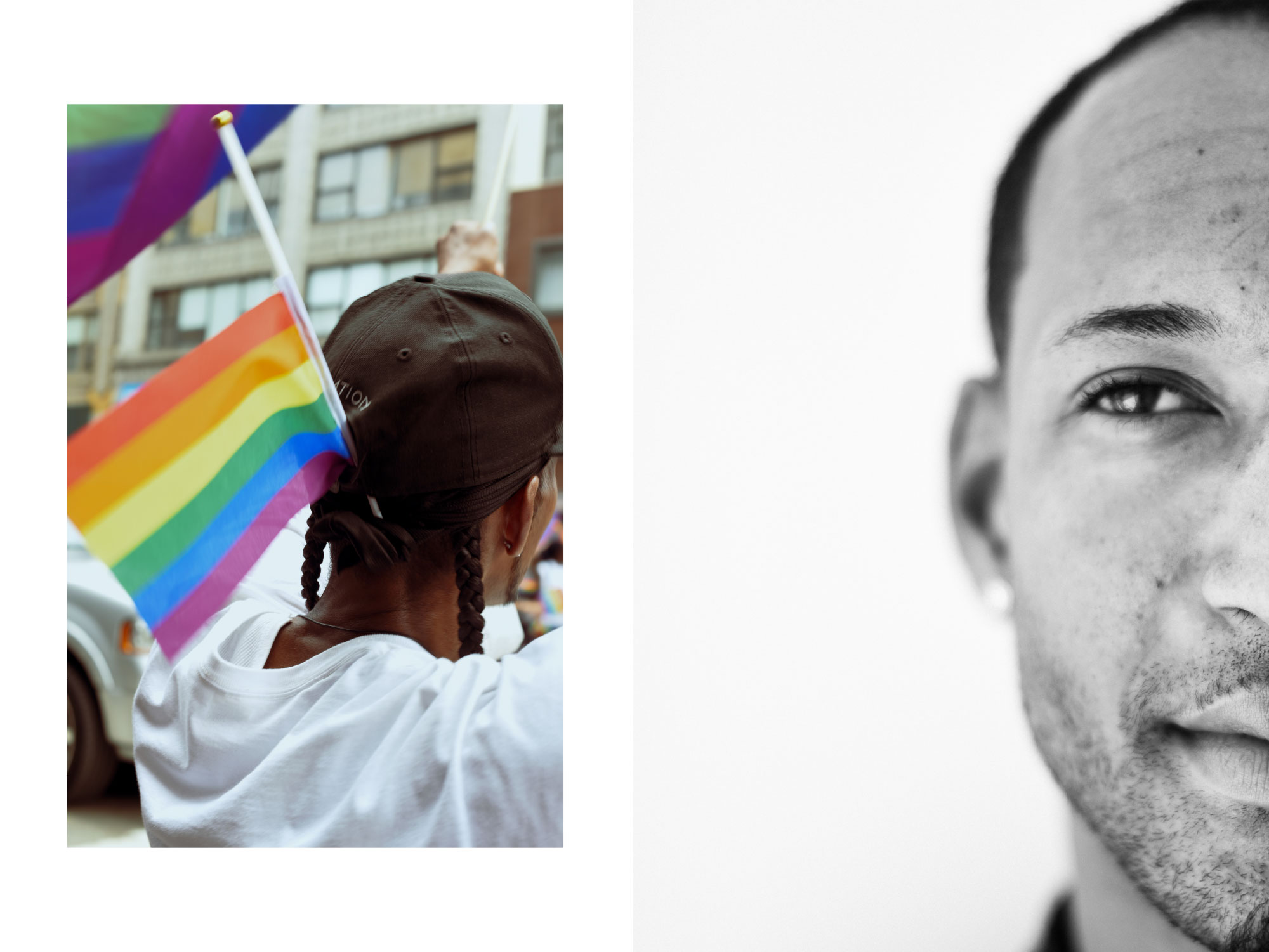 Carey Yee is a gay man originally from Jamaica where gay men can earn a prison term up to 10 years and are under constant threat of violence. He was killed nearly three times in Jamaica for being gay and as a result, became suicidal. Living in the States for a decade he describes Pride as a lifestyle where he has learned to accept himself fully and recalls when he first petitioned for asylum through Immigration Equality “and got approved within 9 months. One of the few cases that got through that quickly.” Since then, Carey has been a strong supporter of Immigration Equality and urges allies to donate. For him there are bigger things at stake than just the fundamental expression of love, “Immigration Equality gave me the platform to tell people there is more to live for than ending your life for something you don’t understand.” 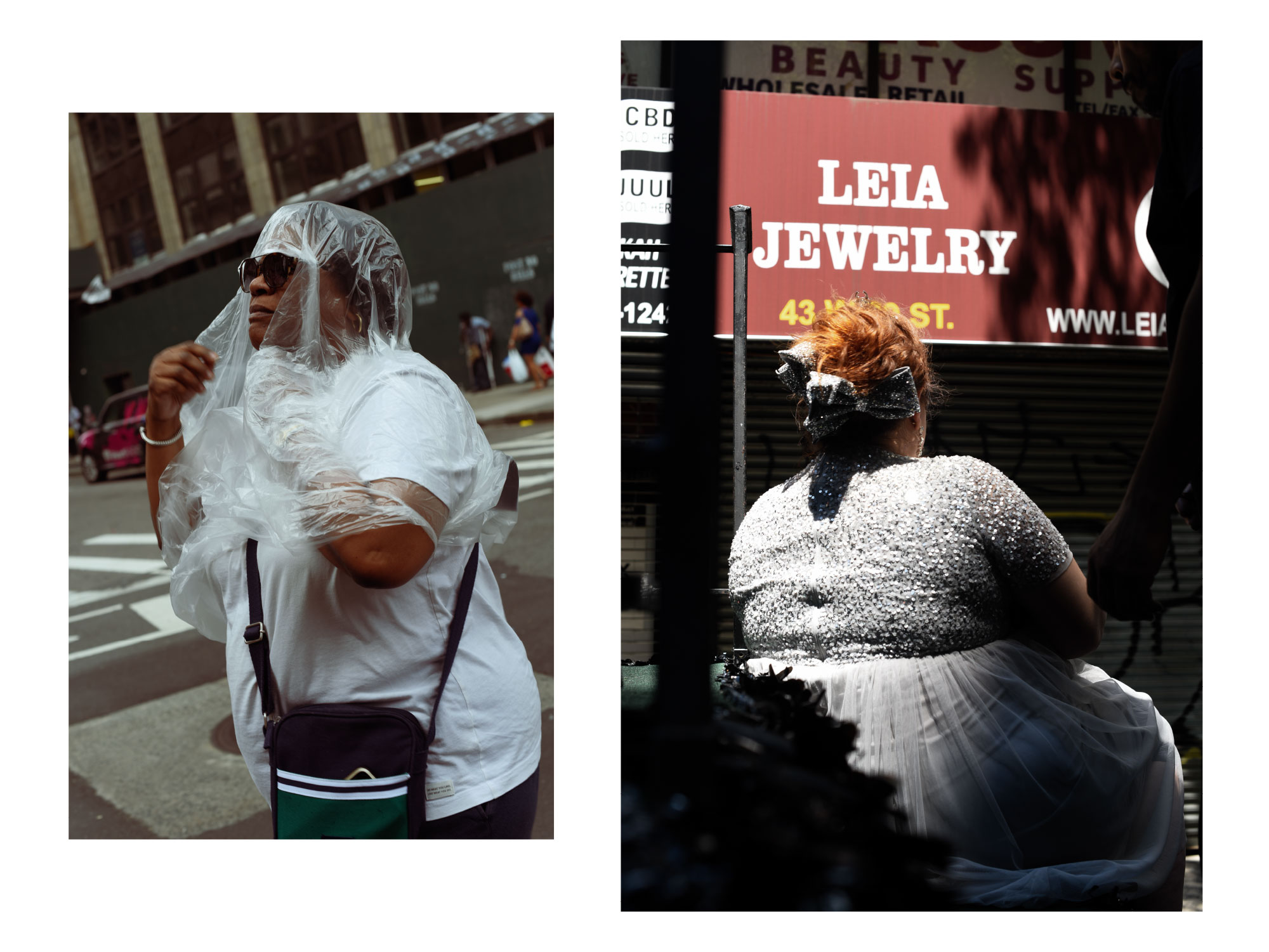 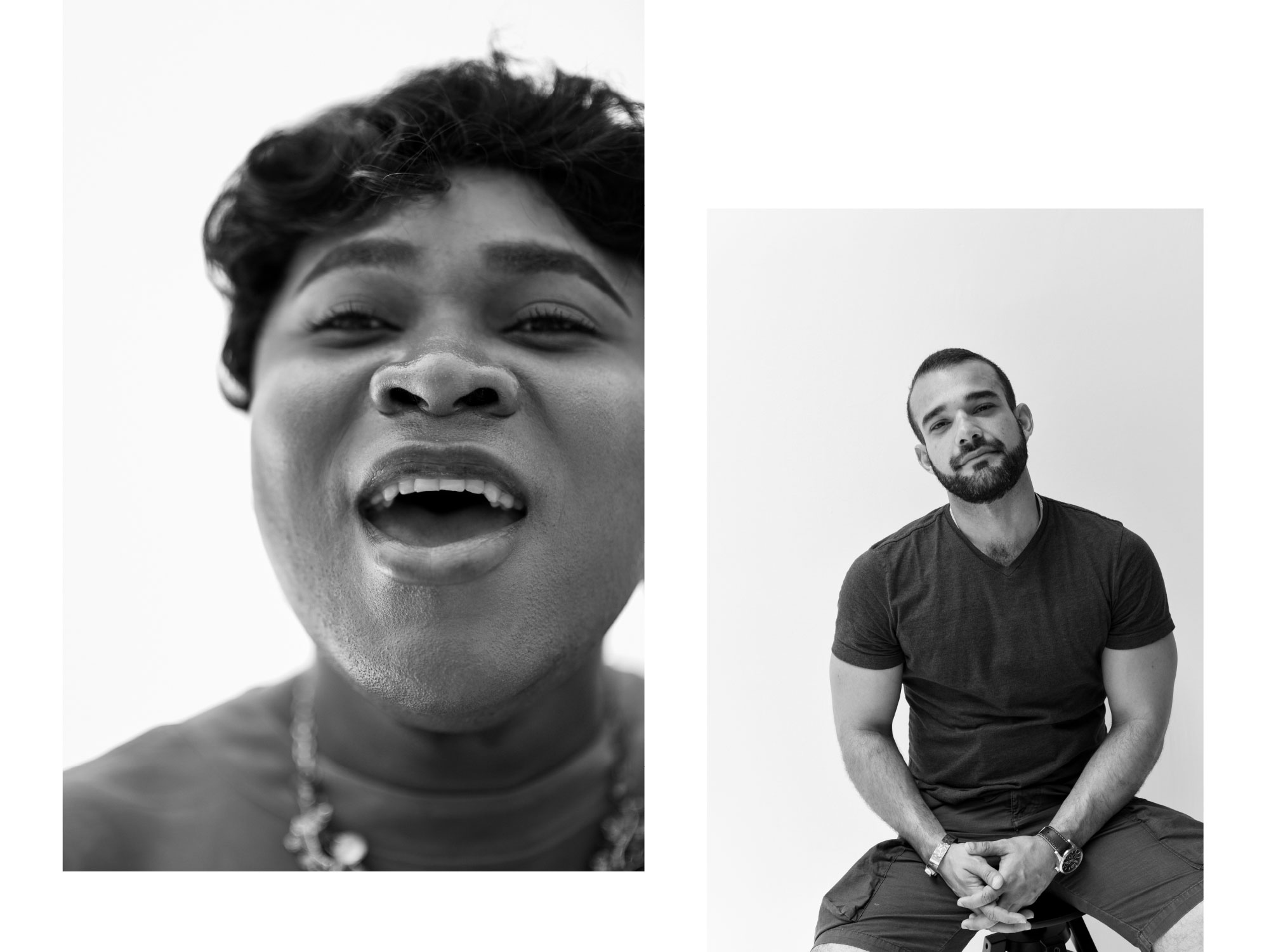 Left – Regina Elizabeth King
Regina Elizabeth King is a transgender woman from Guyana. In her homeland, isolated views on gender have forced her to live in the shadows, unable to truly express herself in fear of violence. “A lot of people are uneducated when it relates to trans issues. Most of the time people would call me a gay man which is crazy because I am a woman and I always knew that I was a woman.” She relates to the necessity of the nonprofit organization, Immigration Equality, to help women like her along with all those seeking protection from communities wanting to eradicate them. “They focus on asylum seekers, refugees, and people who are otherwise ignored and tossed aside.” Prideful 365, her mission statement is clear, “You should be able to be who you are every day of the year. Basically, I would want this year to send a clear message to the world and to politicians that we are a growing and strong vibrant community. I don’t see why it is even possible for the commander-in-chief to fire people that are transgender from doing what they love and totally disregarding that they are Americans first.”

Right – Gustavo Guzman Silva
Gustavo is a 31-year-old gay man from Venezuela and for him, Pride is being able to finally express who he is and stop thinking that being gay was a condition. “Pride means letting everyone know it is OK to be yourself”. After leaving home and staying in Columbia for a year, he only started to feel comfortable saying that he was gay once his asylum case was approved here in the States. The anxiety he had during the process and fear that he would need to go back to Venezuela, is something that many LGBT immigrants can relate to. “Immigration Equality changed my life. I am 31 years old and I have never been able to be myself in the country I lived in. They gave me the opportunity to live and breathe again.” 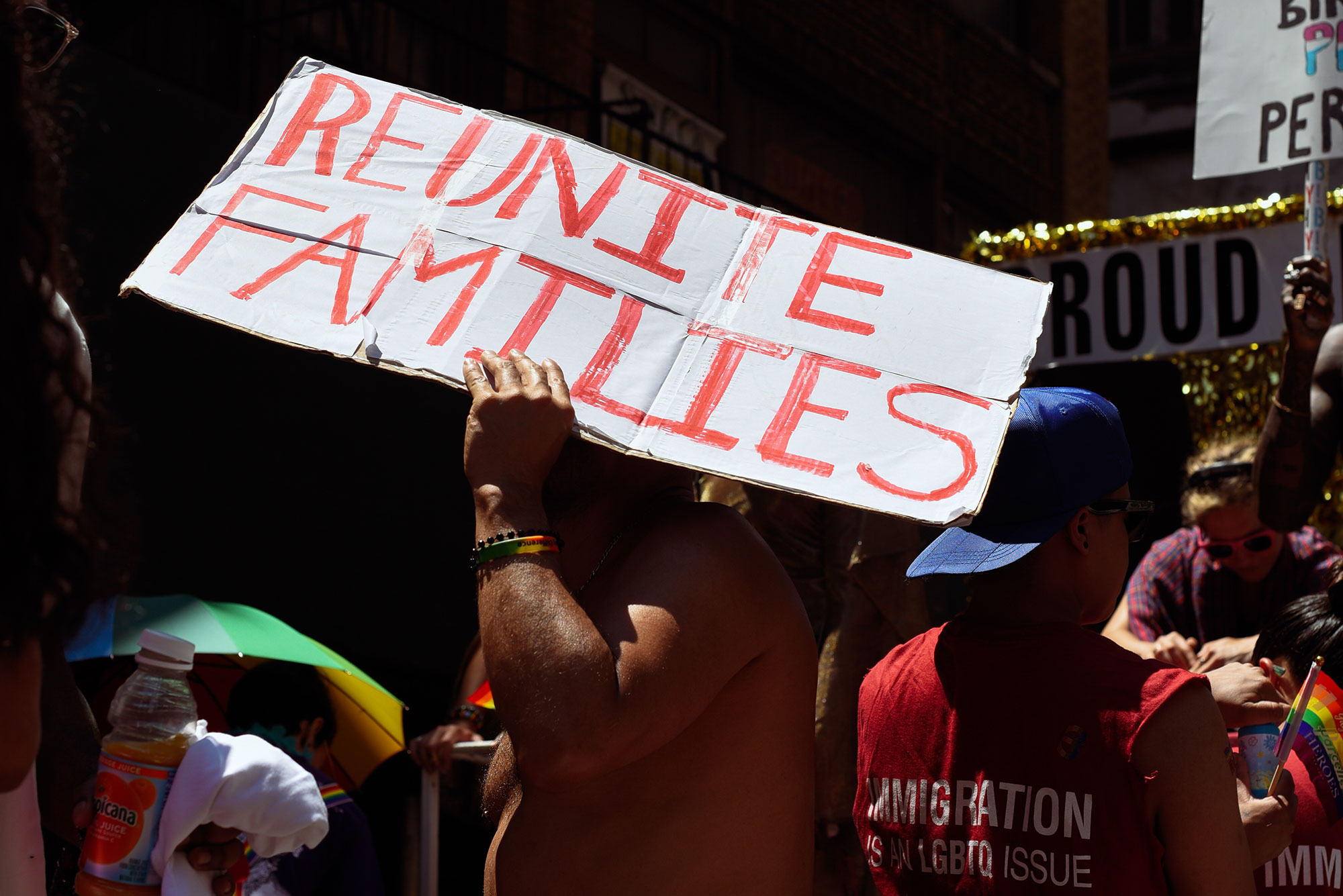 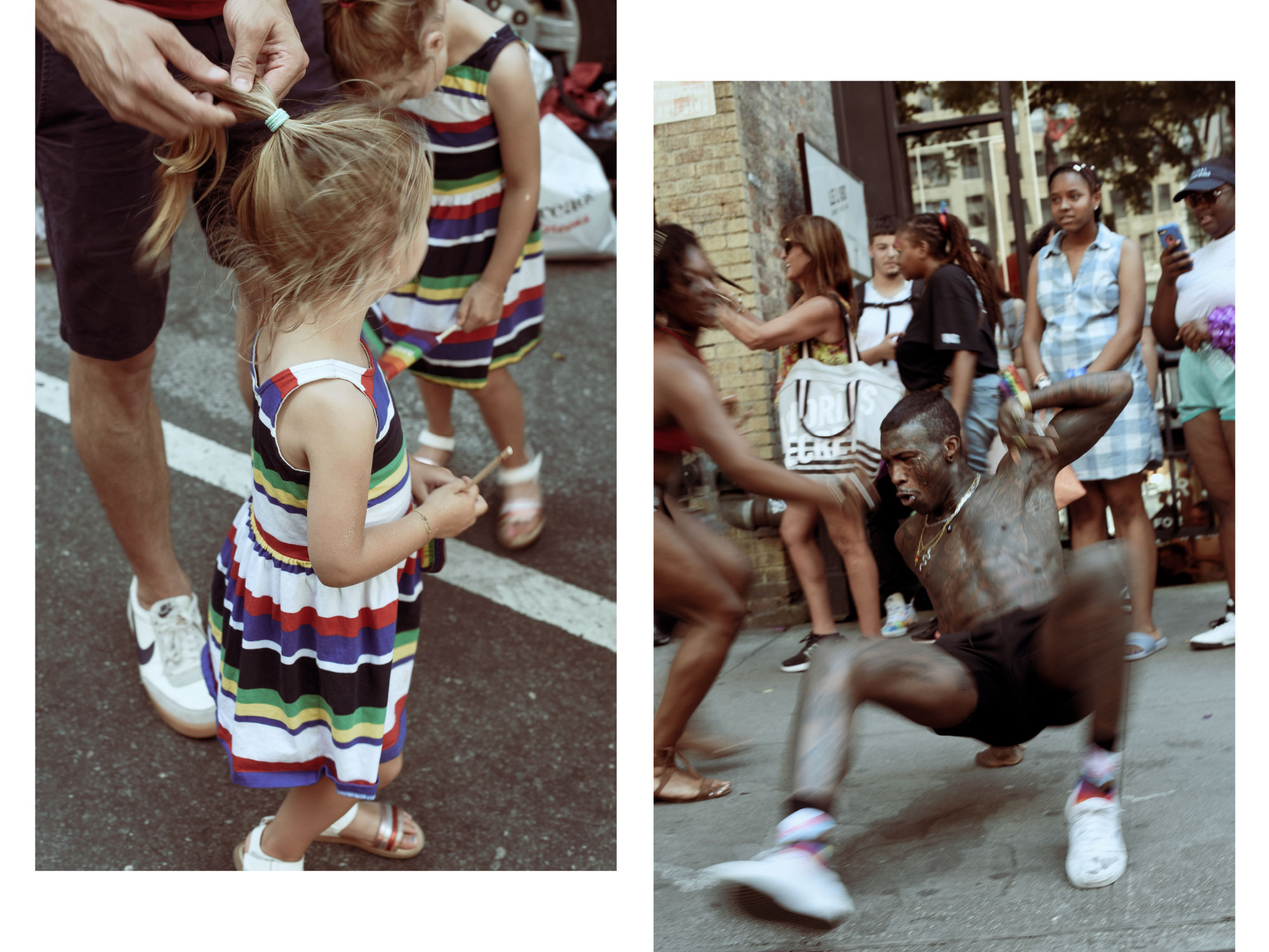 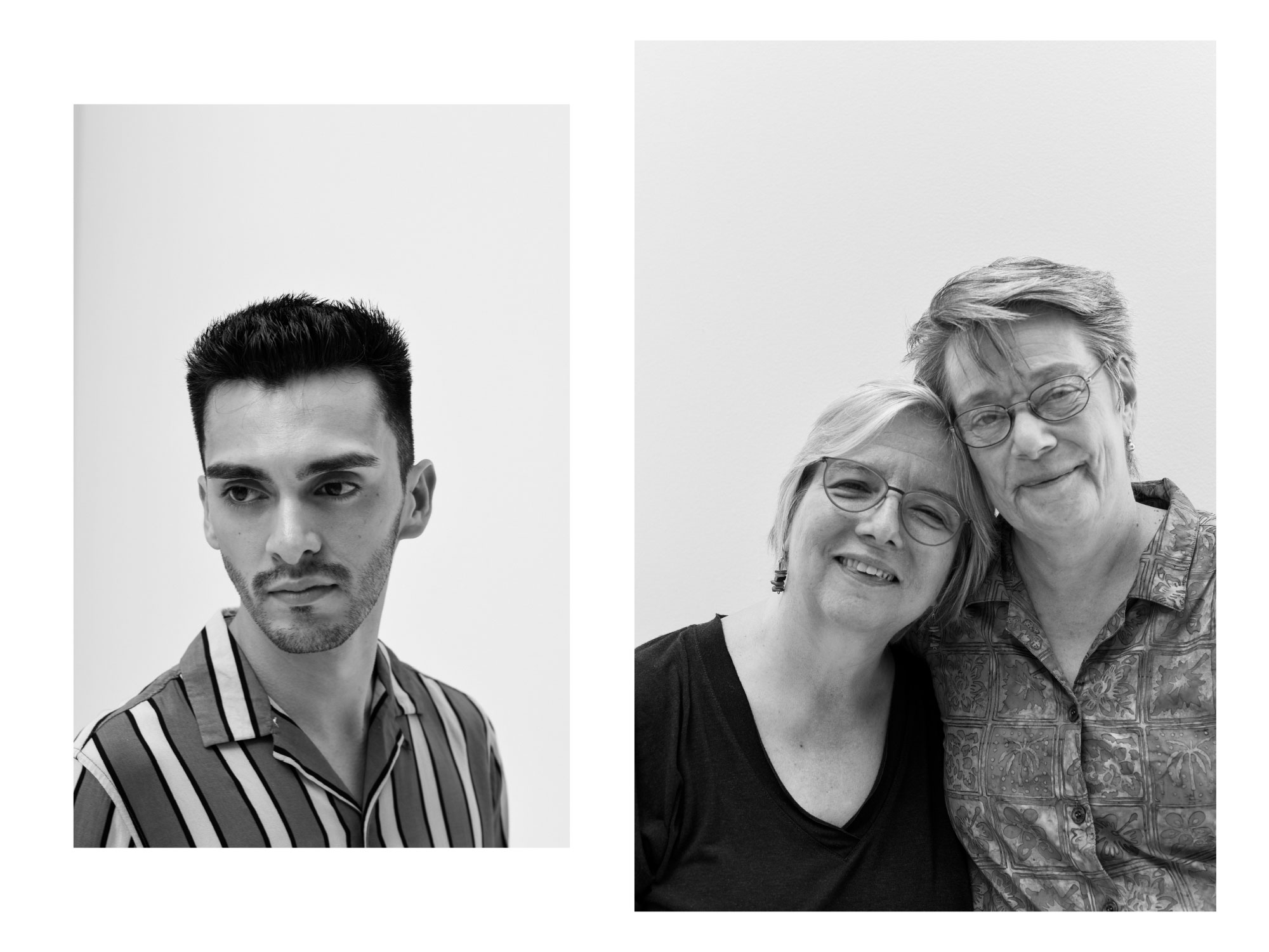 Left – Manuel Alejandro Gallardo Morales
Manuel is a 27 year old gay man from Venezula who traumatically struggled with being himself because his family did not understand him in his native land. He states that “with Pride and this month I want to show my family and other people that I am just like them.” It was just this World Pride Parade on June 30th that Manuel felt comfortable saying that he is gay and what he had to lose to find himself. “Am I losing my family for being who I am? Yes, but I have been fighting to be free for a long time, and tomorrow I am going to show people and my family that I am free and this is who I am. I am happy and this is my dream.” He believes that there needs to be more publicity surrounding LGBTQ+ culture in order to educate people and open up more of a dialogue surrounding the community.

Right – Joanne Ahola MD & Katherine Williams
Joanne and Katherine are partners who live together in Brooklyn and have been supporters of Immigration Equality for a decade. Katherine is a university professor while Joanne is a psychiatrist whose specialty is “LGBT Asylum so I work also with Immigration Equality on a number of cases doing the mental health evaluation of asylum seekers.” Katherine states that “Pride is empowerment, it has been hard fought and hard won. We need to think of it very much in a global context because it, in fact, is so particularity western and there are vast majority of people in countries for whom pride is not possible.” Joanne states that “we need to put this in the public eye as much as possible so that hopefully one day there will no longer be countries where being LGBT is punished by death or other kinds of human rights abuses and all LGBT people can be safe and free.” 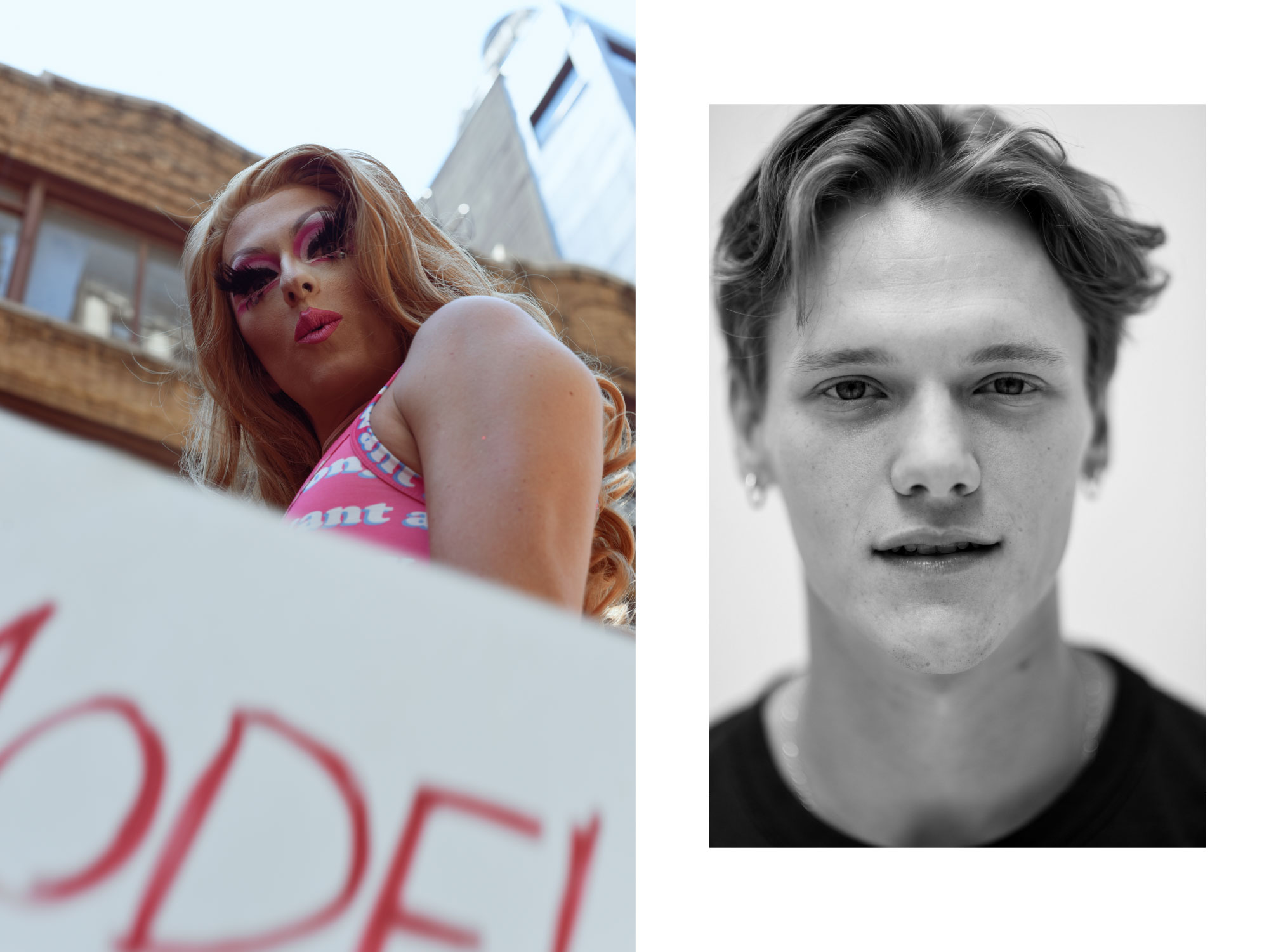 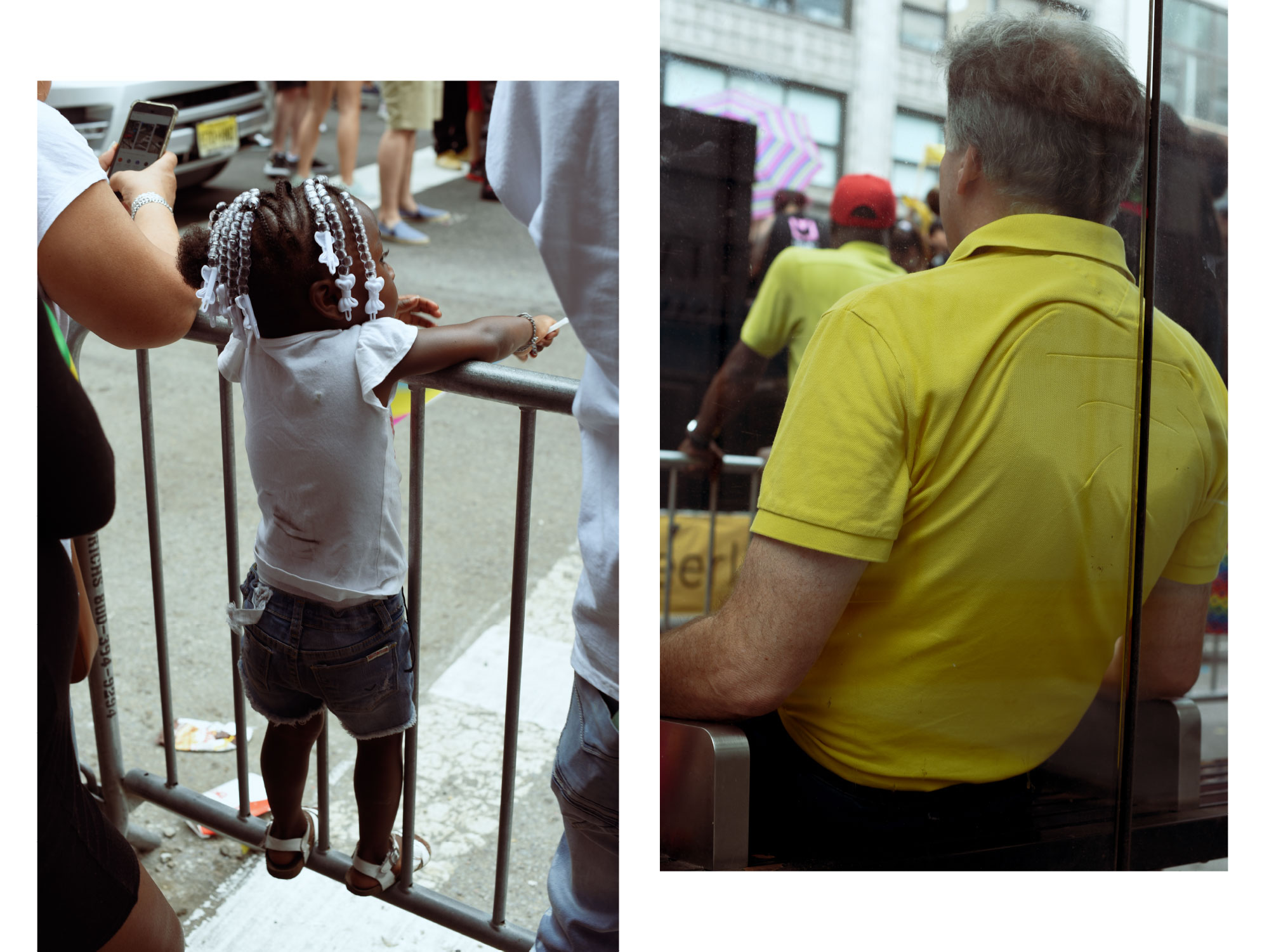 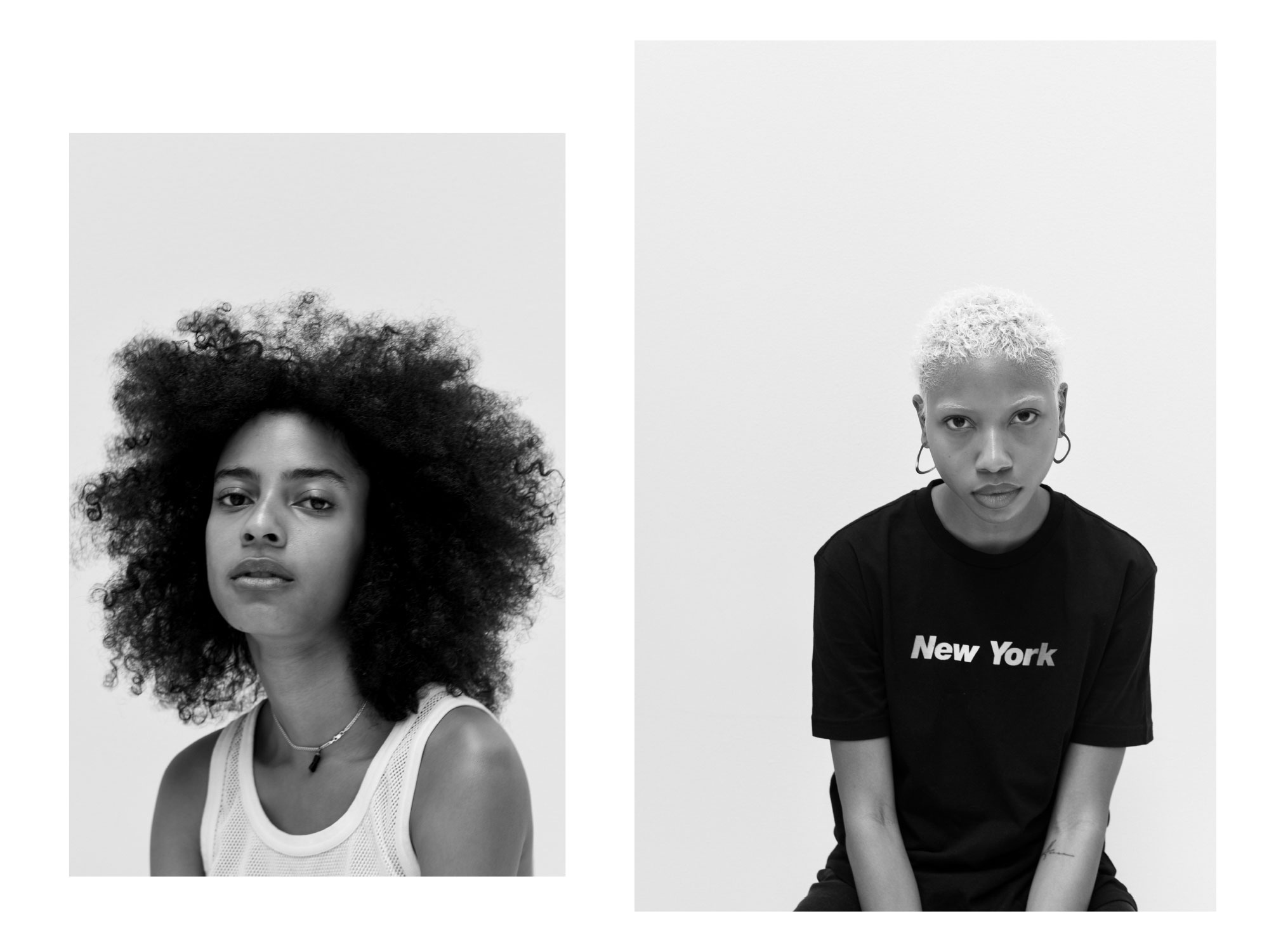 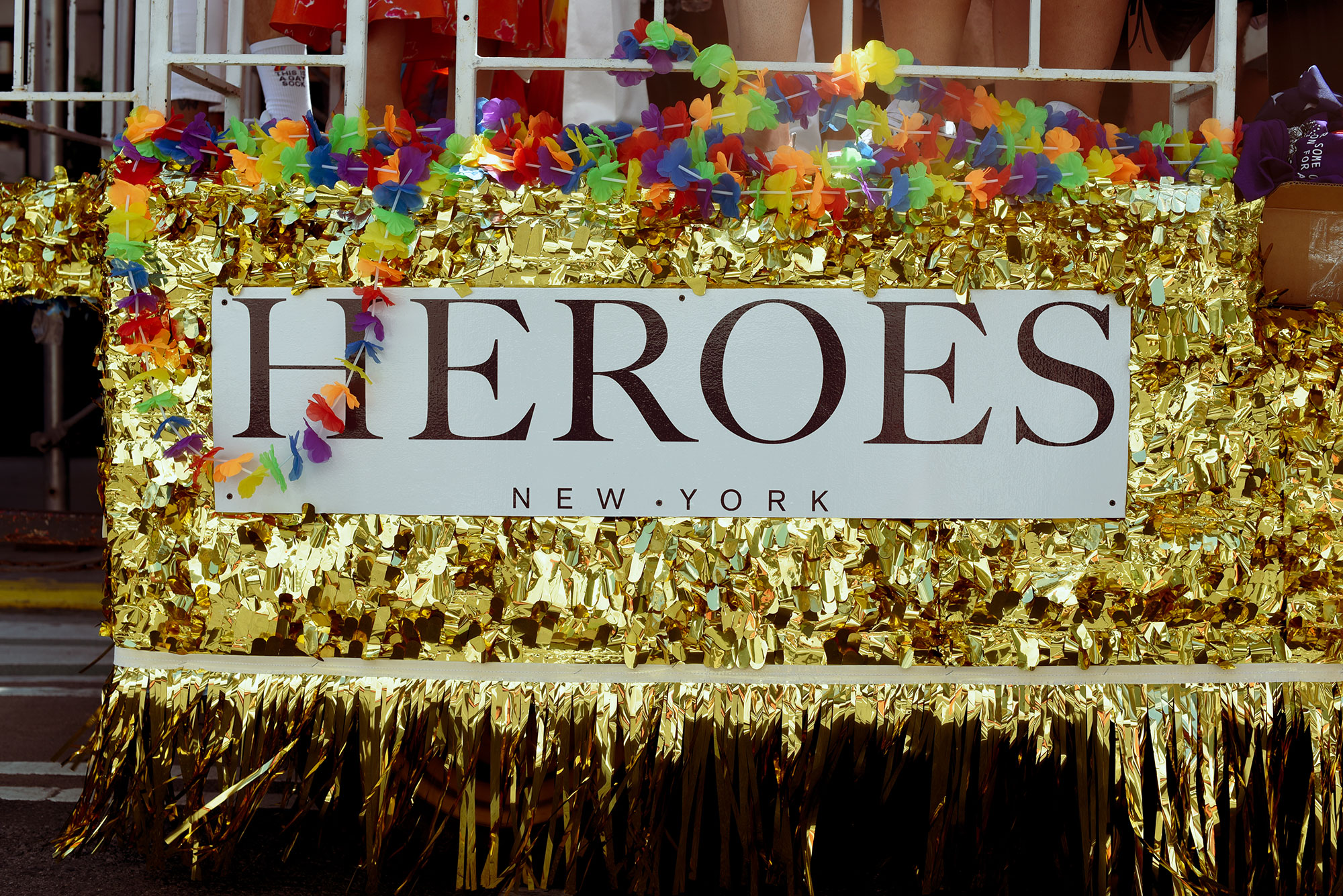 Meet the Seven Faces Redefining the African Creative Scene
NEXT See what the models were wearing off-duty during Paris Couture Week! Pt.2