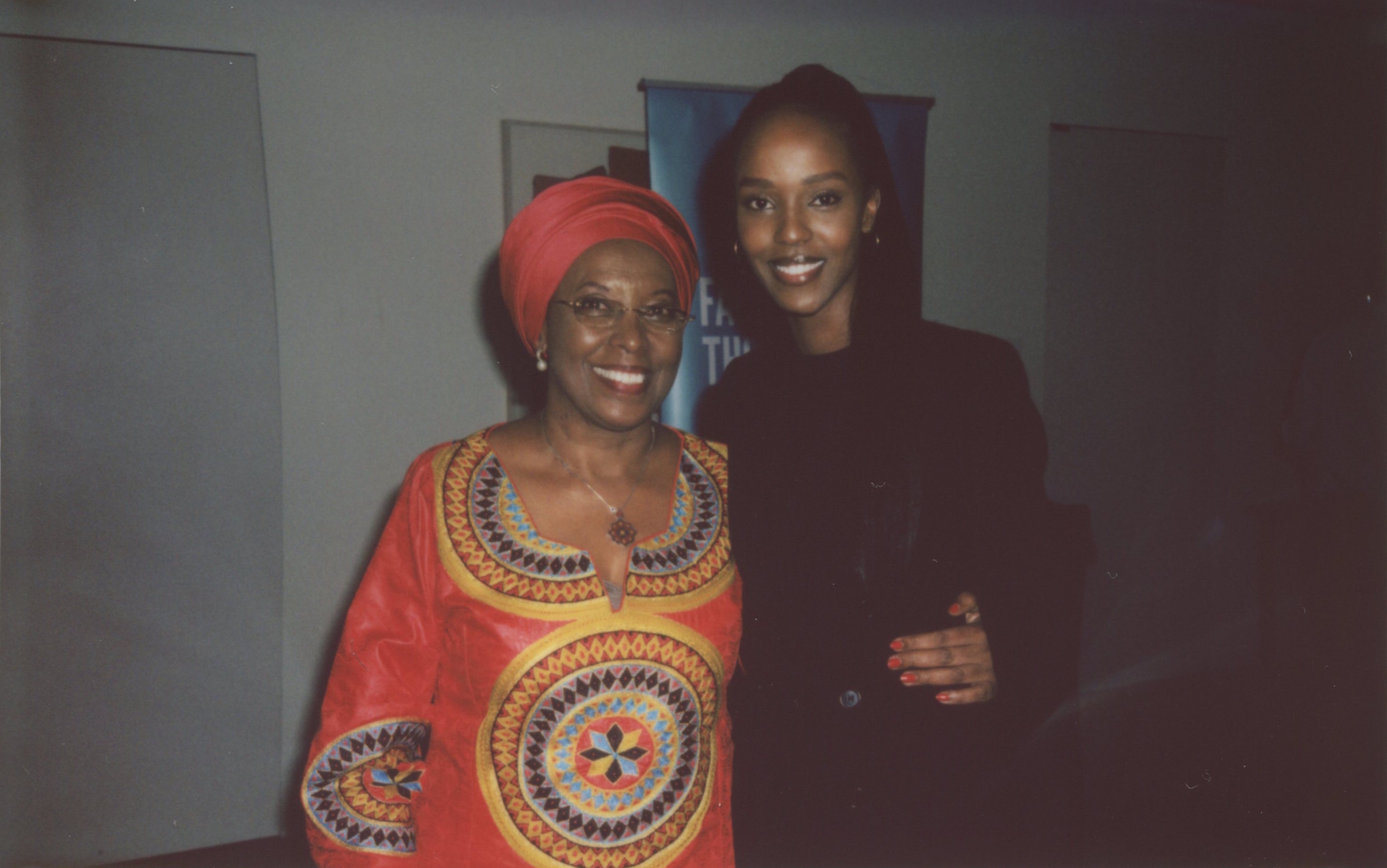 The concept of a “home” and the shelter it provides are often taken for granted by those privileged enough to have solid roots. Yet, for Leila Ndabirabe involuntary displacement is not a foreign notion. The Burundian model was forced to flee her homeland at 10 and relocate to Brussels, where she was scouted at 15. Since then, she’s gone on to achieve momentous milestones whether it was appearing in Vogue or walking for Victoria’s Secret but has been determined to raise awareness of the ongoing inter-ethnic conflict back home and give back. Her story runs parallel to humanitarian Maggy Barankitse‘s own, who after initially rescuing 25 children from the 1993 Ruyigi massacres ran Maison Shalom, a shelter that provided access to healthcare and education to over 20,000 orphan children in need. However, in 2015 Barankitse was forced to flee her country and open a branch of Maison Shalom in its neighbor to the north, Rwanda after Burundi plunged into another political crisis. She now services there more than 90,000 displaced Burundian citizens to help alleviate suffering and install dignity into her fellow countrymen and women through vocational training and education. Here they speak exclusively for Models.com, about their emigration, persevering despite the hardships, and giving back to their community.

If you would like to make a donation in support of Maison Shalom, please visit the King Baudouin Foundation for more information.

“We can do something together. It’s an obligation to break the silence of indifference. – Maggy Barankitse” Alastair McKimm back at i-D, Max Azria passed away, and more of the news you missed
NEXT