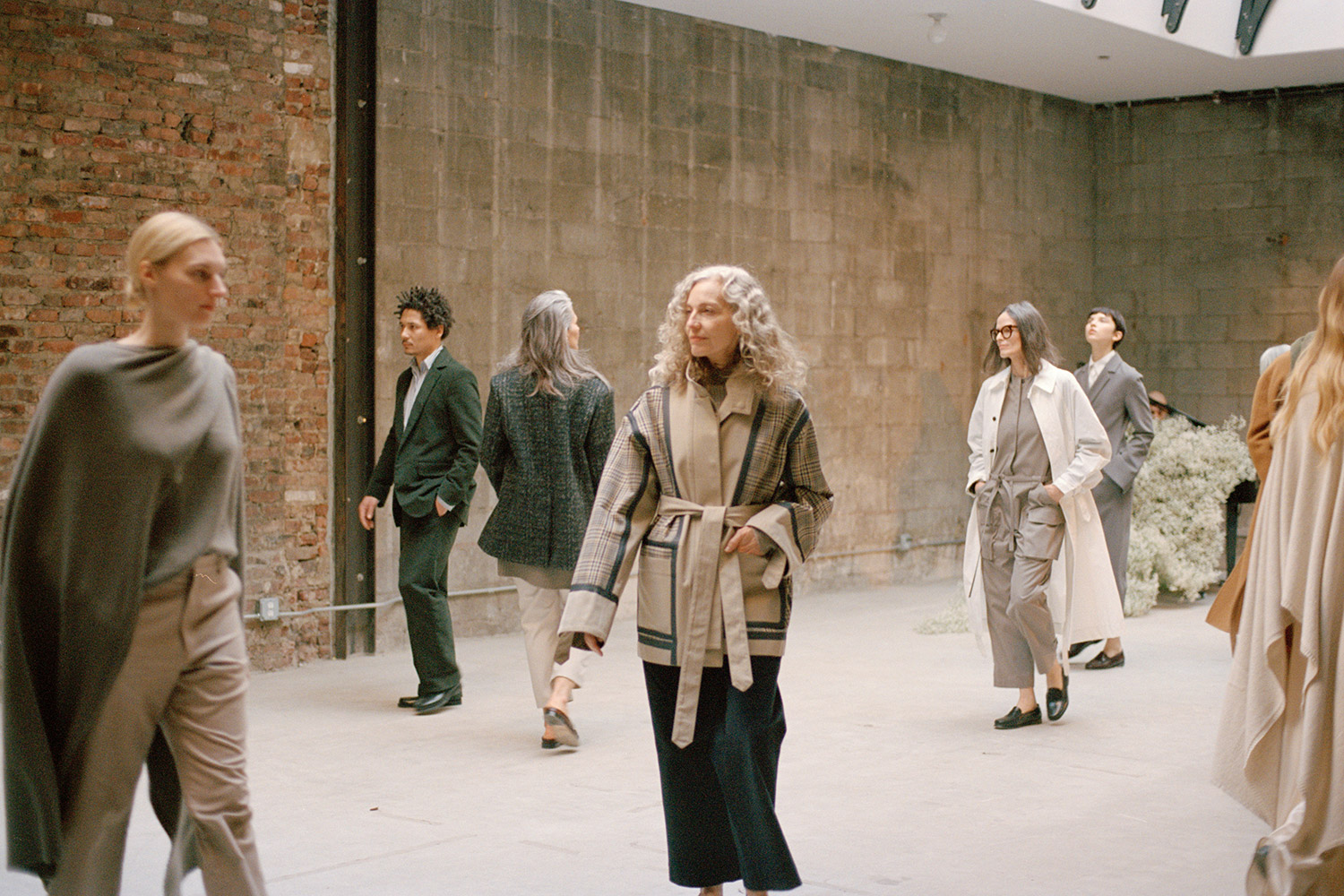 Even if you weren’t at Deveaux‘s Fall/Winter show, videos of the stark concrete space filled with roaming many-aged models and the lone piano of Henri Scars Struck must have decorated your feed at a certain point during this New York Fashion Week. Roaming, right––and drifting, interacting, hugging, pairing up, all the choreography of Stephen Galloway, who helped the models’ actions contribute to the warm sense of humanity that tempered the cold, minimalism of the space and for a moment, perhaps even, thaw those political shivers. Deveaux is the project from co-designers Andrea Tsao and Matthew Breen, and in late 2017, the duo brought Tommy Ton, the increasingly-hyphenated well-known street style photographer, on as their creative director to focus the brand’s codes. Until now, they’ve only released lookbook images with Ton at his post, and this makes the first face-to-face editors have gotten with the new living, breathing Deveaux. As important are the clothes (relaxed tailoring, mostly genderless and stylish), Ton and casting directors Daniel Peddle and Drew Dasent emphasized in “Love is All Around” that the world these clothes should exist in is an inclusive one, and did so to pitch-perfect effect. Models.com spoke with Drew, Daniel and Tommy Ton to find out more.

What was the directive of the casting?
Drew and Daniel: Tommy and the Deveaux team, Andrea Tsao & Matthew Breen, wanted a diverse and “overall more mature” cast. The brand has a strong identity that we understood on an intuitive level – aspirational, elegant, classic yet modern and easy. So we brought in talent that reflected these attributes.

If you had to compare it against a more “traditional” casting, what made this so impactful?
Drew and Daniel: There was a lot of narrative to the final cast. Each model had an interesting background and a certain poetic presence. You could feel the richness of their lives just by watching them. We mixed in non-models from street scouting with fresh faces like Douglas Dillon and brought in models who have had interesting and long careers like Sara Ziff and Daryl Dismond. We even flew in the first model we ever discovered Jinn Gussenhoven and his lovely wife and former model Dawning Han who he met on a shoot we cast in the late ’90s. They are still happily married and their youngest daughter Amri walked the show, too! Other real-life couples were integrated in, so the final cast had a magical quality with a lot of heart and soul. 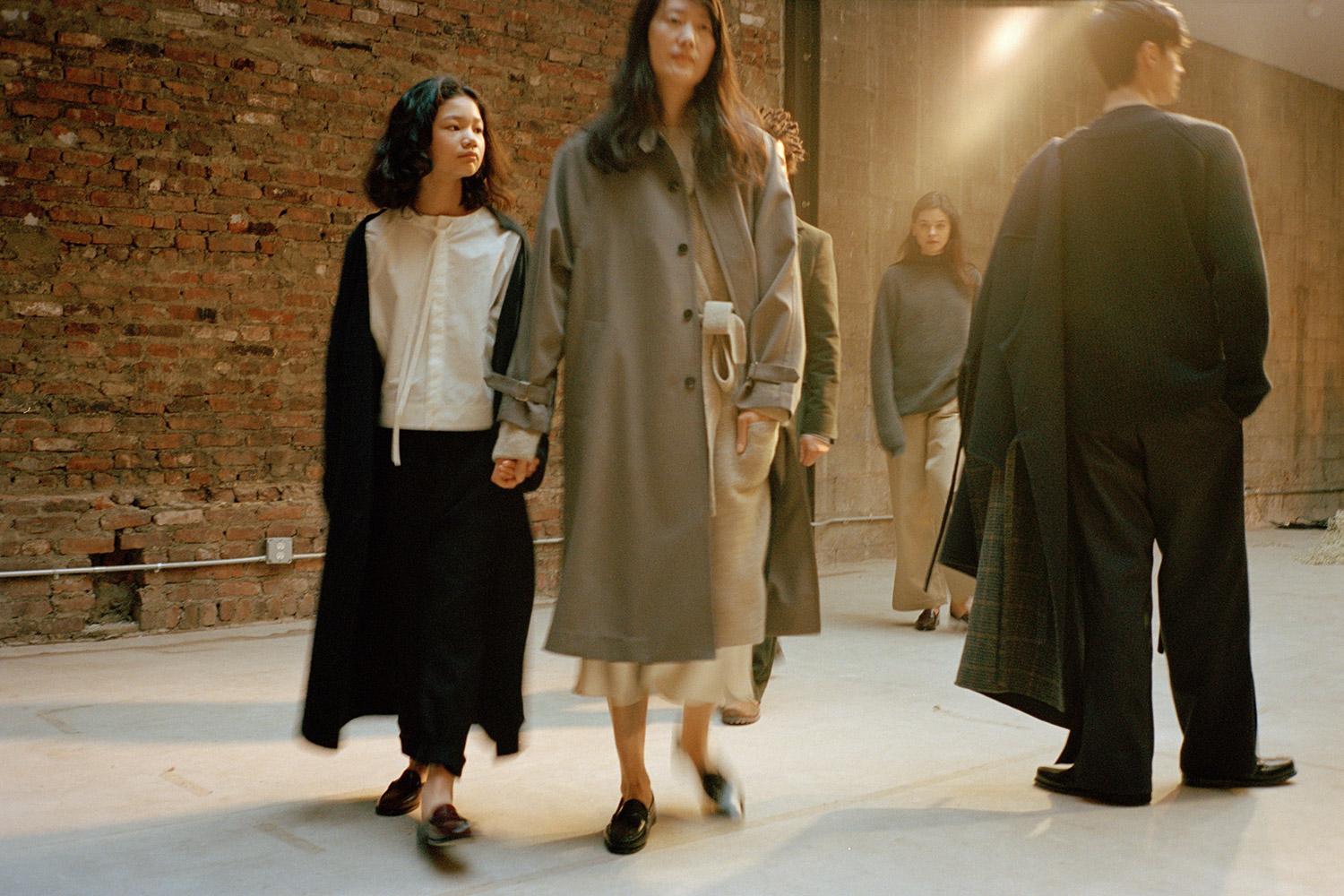 Tommy, how did your many years of street style work contribute to your vision for a brand like this?
Tommy Ton: It’s been 12 years since I started shooting street style and I would definitely say the casting was reflective of the type of people I enjoy photographing. I love individuals who have a certain confidence and a unique sense of style of their own. Each model casted possesses that. 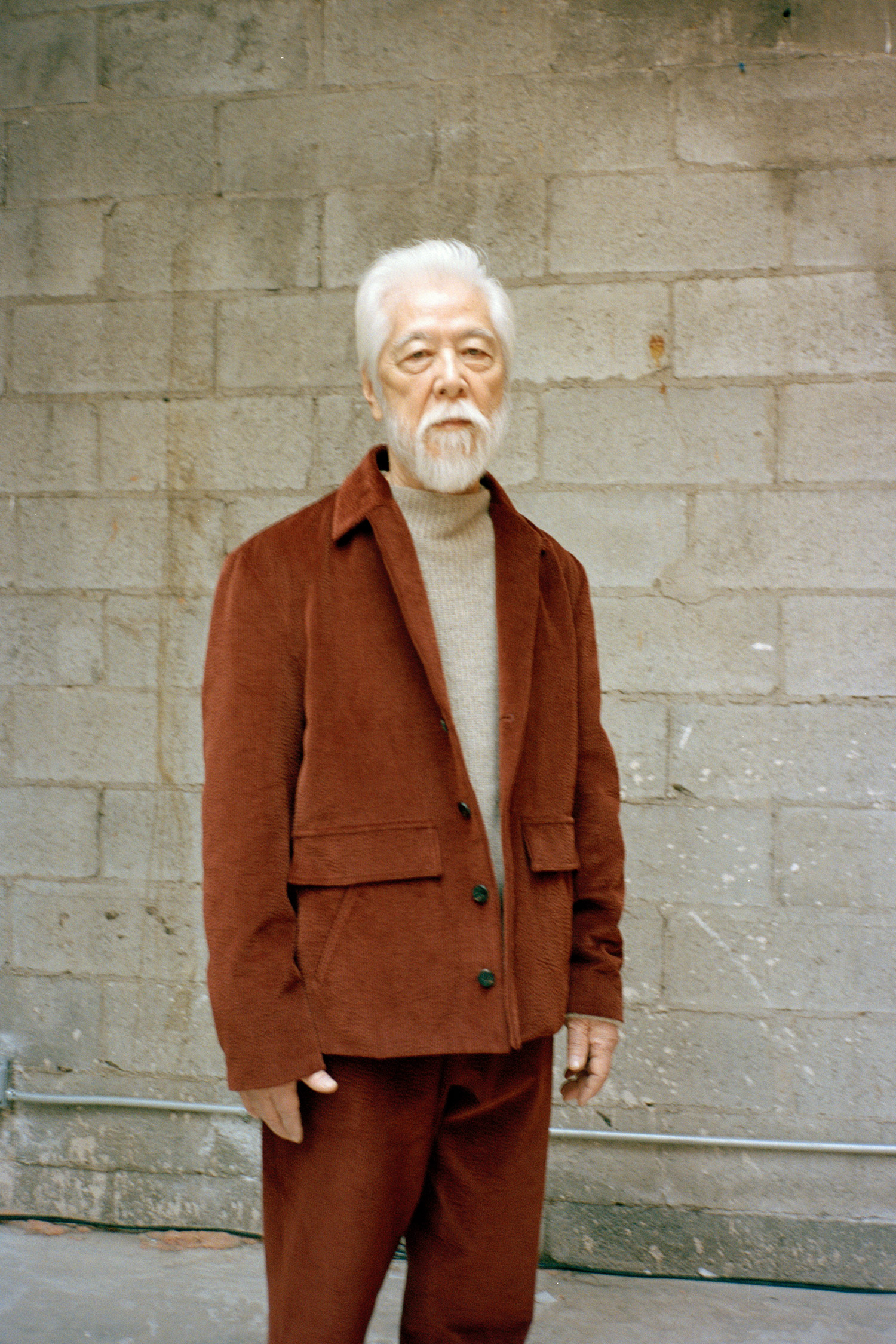 Drew & Daniel, you’ve always pushed for racial diversity in the shows you’ve done and it’s finally happening in the industry in the last couple of years, but this show went a step further with models representing a wide range of ages. Can you address the significance of this?
Drew and Daniel: We love to cast mature talent. It’s actually a passion of ours. Beauty truly knows no age and a show like Deveaux just proves this point. Obviously, youth is a commodity in the modeling industry but there are amazing older models who bring the wealth of their life experiences to their image so we really were excited to have the opportunity to work with a label and team embracing this incredible power.

Tommy, the show was called “Love is All Around”, what was the meaning behind this and the unique runway walk choreographed by Stephen Galloway?
Tommy Ton: I’ve always wanted to replicate this idea of a street intercrossing and freeze that moment when people are crossing and have them connect with each other since we’re always fixated on our devices. The collection was inspired by this idea of being blanketed by love and feeling loved. So I felt it was necessary to cast a group of individuals who could connect with each other and bring an emotional element to the show. Stephen was fantastic helping us direct the models when they interacted with each other and gave them a boost of confidence. I’ve always wanted to work with Stephen so this was a perfect opportunity. AREA’s Beauty was a Mane Attraction
NEXT Sandy Liang kept it cool at her downtown fashion show