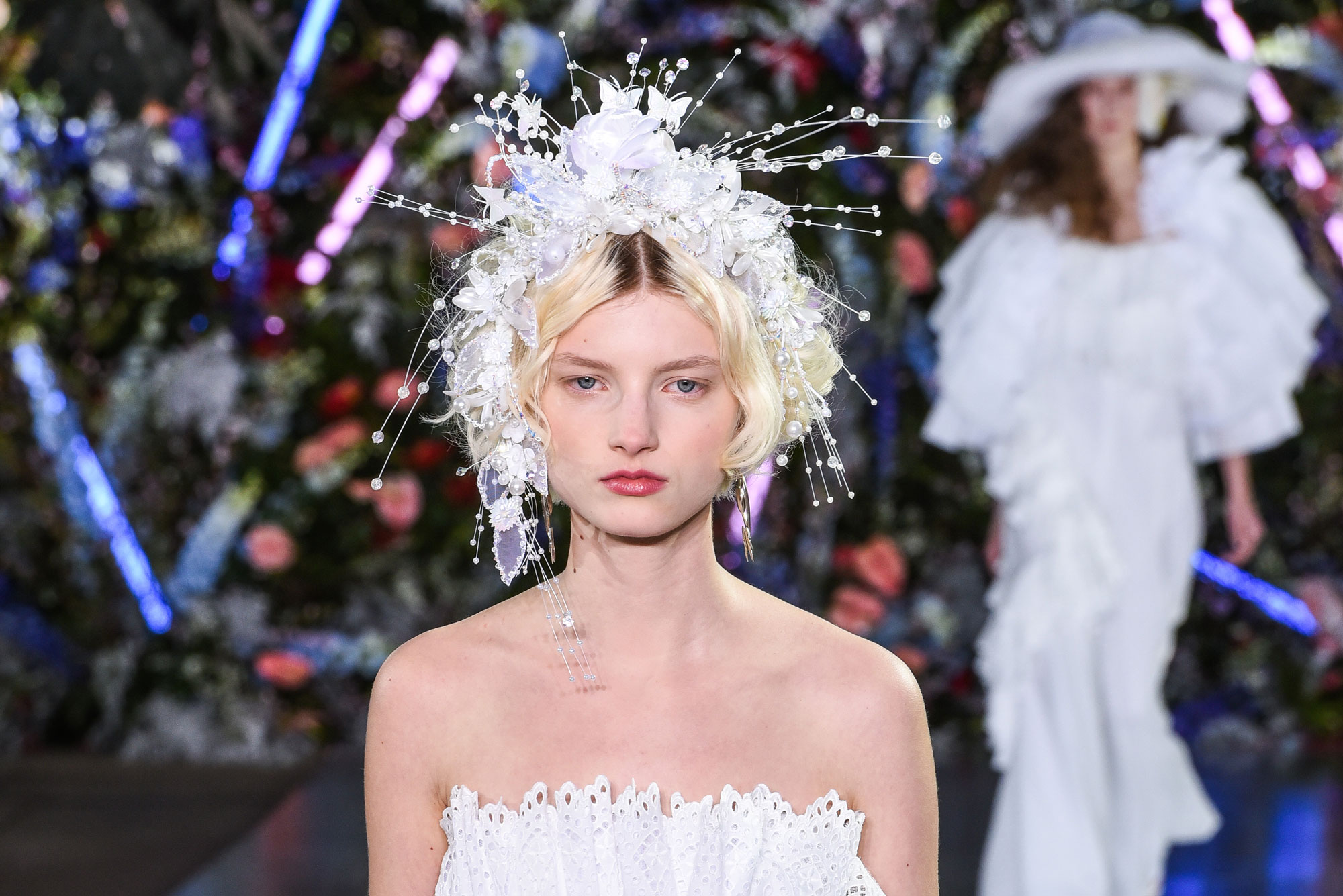 Anyone that knows, and can afford, Rodarte recognizes that the brand just doesn’t do minimalism. At their grand Californian homecoming, Kate and Laura Mulleavy pulled out all the stops for their over-the-top vision of the almost 15-year-old label. Looks were decked in the huge frills and tulle that the sisters have been known for but what was most notable was how the eccentricity moved beyond the beautiful clothing into the beauty as well.

Hairstylist Odile Gilbert decked romantic waves with cinematic headpieces that included silk bows, waxy anthuriums provided by LA-based florist Joseph Free, and delicate butterflies. In place of floral crowns, some models like Meghan Collison, Jay Wright, Yin Chen, Eliza Kallmann and Londone Myers were topped with floppy, wide-brimmed hats instead. James Kaliardos accentuated Gilbert’s chiseled mane looks with his own vivid creations conceiving monochromatic eye and lip looks topped with glitter in tones of ruby and fuschia. Even the nails were a moment with holographic tips from Steph Stone in red and lavender laced with pearls on the cuticles.

Also, you have a few days left until the end of the brand’s retrospective at the National Museum of Women in the Arts, located in Washington DC. Buy tickets now before it’s gone for good Sunday, February 10th. Click’s Frances Grill passed away, Vogue Business, model subpoenas fan the Fyre and more of the news you missed
NEXT