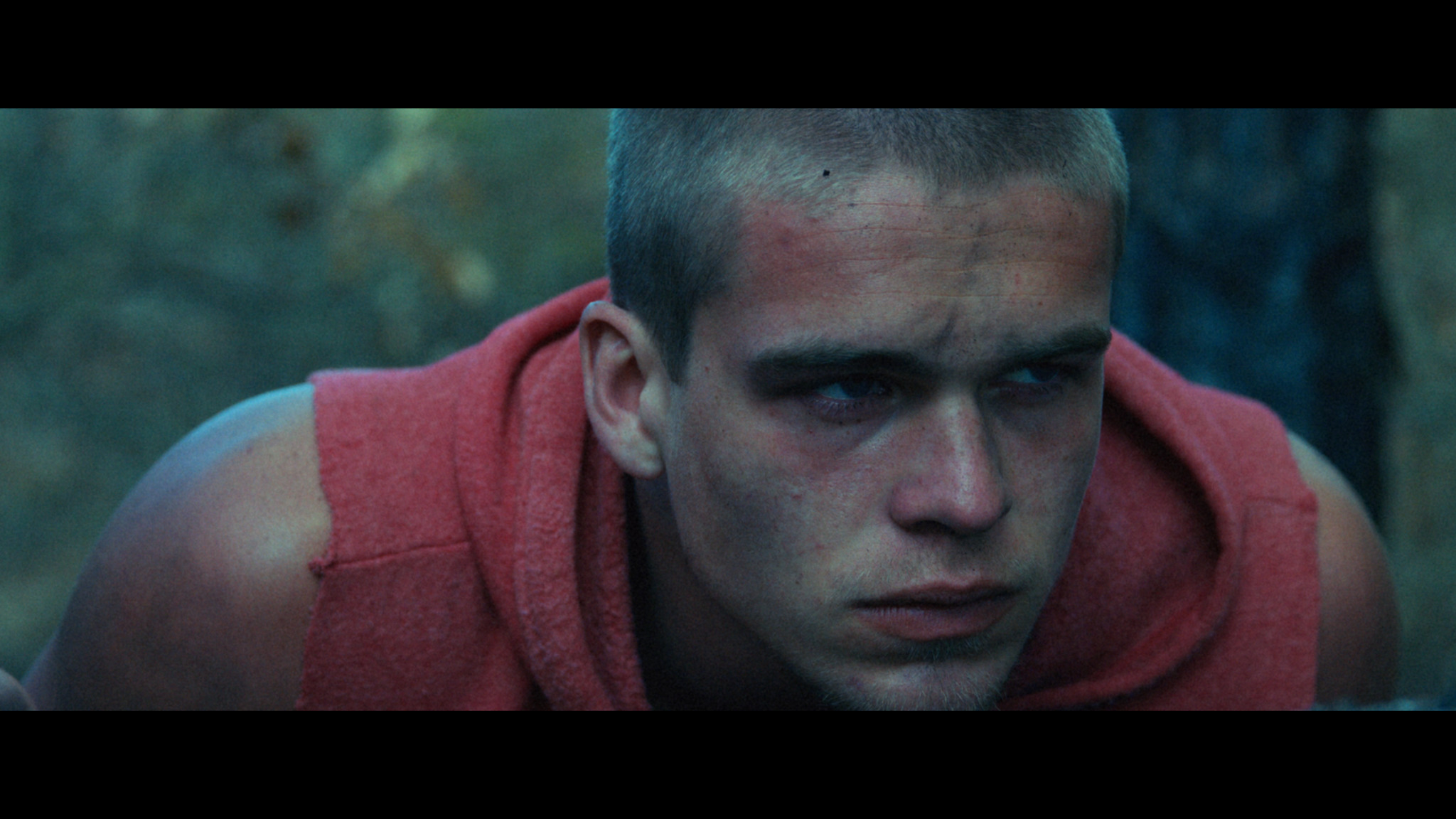 Daniel Peddle has made his twenty-year-long career lending his discerning eye to putting fortuitous finds, like an undiscovered Jennifer Lawrence, in front of the lens. Casting for clients like Comme des Garçons, Phillip Lim and Givenchy, Peddle, who started The Secret Gallery in 2000 with Drew Dasent, is unique in the fact that he lives a double life behind the lens as well. Peddle, also a film director, has realized a number of his own feature-length projects: “The Aggressives” (2005) was a documentary exploring a subculture of butch women and trans men of color and his second documentary “Trail Angels” (2011) portrayed a community in the backwoods of America. His first narrative feature “Sunset Edge” was about life in an abandoned trailer park. Now Peddle’s latest film “Moss” employed model Mitchell Slaggert to drive his stark explorative coming-of-age tale set in a North Carolina bayou. A story that again places a patch of an American way of life under Peddle’s microscope. Slaggert who plays the film’s namesake, Moss, was discovered by Peddle. The all-American looking lead, who debuts his chops in the film, isn’t the only model-cum-actor Peddle enlisted, its entire cast is: Moss’ dad is signed to DNA Billy Ray and Christine Marzano who plays opposite Slaggart was placed into modeling by Peddle over 10 years ago. Then there is Dorian Cobb who plays “Blaze” Moss’s best friend, found by Peddle when he was fourteen at NYC’s West 4th Street basketball court. It begs the question, what does it take for a model to have it both ways? The double life of Daniel Peddle certainly offers a distinct vantage point. Read our interview with him below.

Today Thursday, July 12th is the final day of screenings in New York and Los Angeles, but other viewing options for the film can be found here.

What does it take for a print model to translate on the screen and be believable in a narrative?

Well, the first hurdle is getting over their good looks! Unless the part calls for some kind of unrealistic beauty… you want the audience to connect to the character and if they are completely unapproachable feeling then the viewer may only end up ogling. With wardrobe, makeup and lighting you can bring the pretty factor down, but also the performer has to be able to allow themselves to look less flattering. Like there’s a bunch of scenes where Mitchell looks amazing in Moss and then there’s those where he looks really rough. He has that range in his face to go from Hollywood handsome to boy-next-door to gritty tough guy.

A lot of household name actors and actresses, when you break them down there’s always something “off” about them or something pedestrian. I remember when I found Jennifer Lawrence it was really hard to get her an agent for modeling. Sure she could model but she didn’t “look like a model”.

Mostly the model has to realize that acting is a skill, a trade and an art. It’s a learned practice. You have to be prepared to do the work. Take classes and always be practicing. Just like a sport. You might be born with good looks and maybe even some talent, but there are certain techniques that simply have to be acquired through experience and education. There are no shortcuts. The moment Mitchell got the part of Moss he started crash courses in acting, hired a coach, started reading about method. He really approached it like an athlete would.

Are some models meant to succeed at one medium, but not the other?

Of course. There’s a lot of cross-pollination now with modeling and acting, but honestly much more separates the fields than connects them. Sometimes being a 6’2” guy or 5’10” woman is tricky to work with as a director. You have to cast around this height with your other performers and compose shots accordingly. Often it’s easier while filming to deal with “the average”. And the truth is there is something magical and inexplicable that an actor has to have that a model does not need. You either have it or you don’t. And while you might have it you still have to perfect your craft with the practice, but if you just do not have “it” you can never learn it and it’s better to be realistic than chase a dream fueled by delusion or fans saying, “you should be an actor”.

Speaking of models-turned-actors, beyond genetics, what sensibilities make a promising actor/actress?

An instinct. A certain empathy towards humanity that allows one to put on another’s shoes. A fearlessness too. And also an evolved sense of self that one can pull from. If you’re still trying to figure out who you are–how can you be someone else? Also you have to have an incredible drive for mastering the art itself, not fame or fortune. A true passion for the craft! It’s not something to toy around with. It’s an all-encompassing hustle that requires sacrifice and sucks up your whole life! 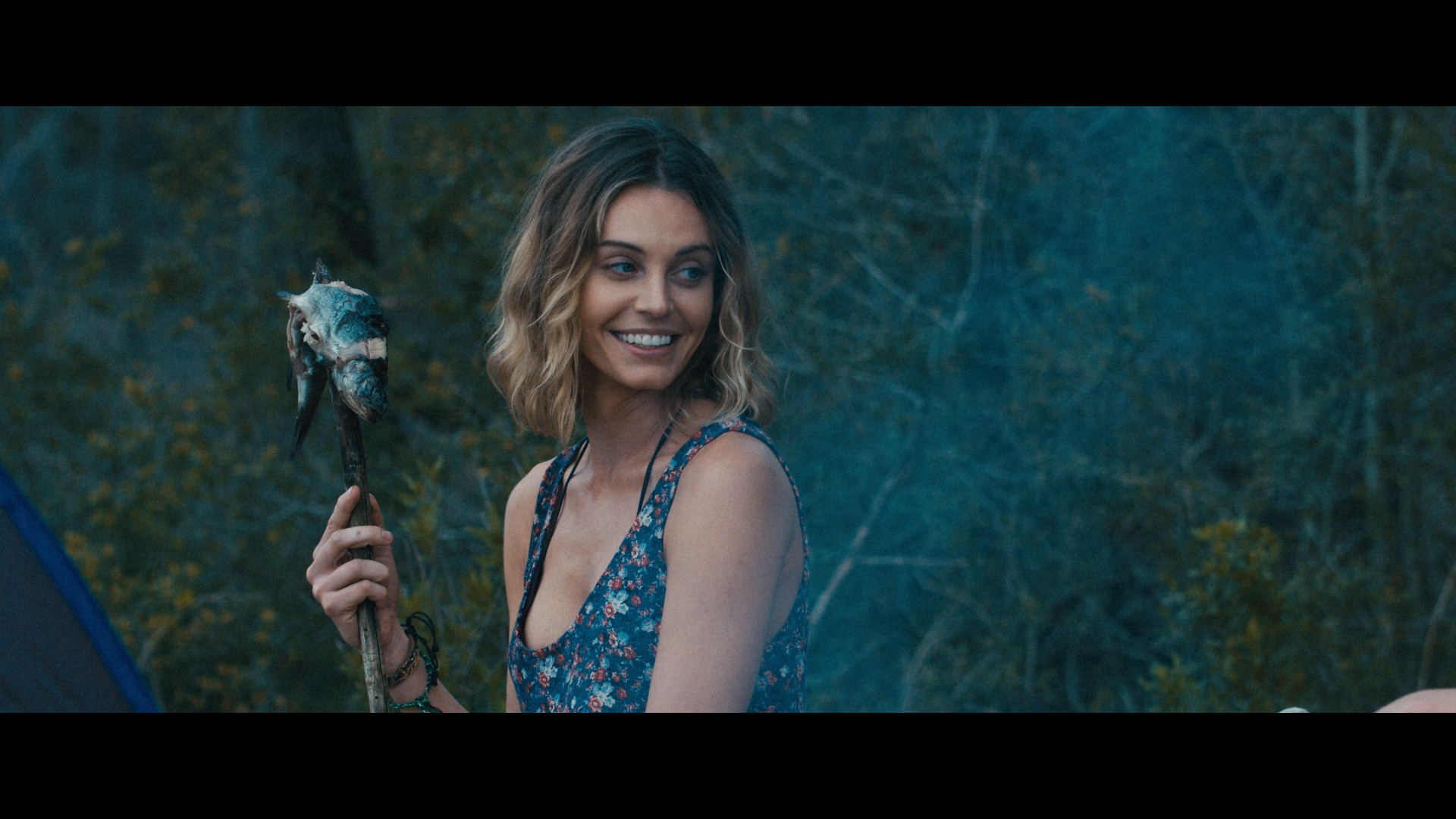 Is the line blurring more as the modeling industry changes? Have you noticed any distinct evolutions in demand?

It might seem like it is blurring with talent agencies acquiring modeling agencies, but really how often can you drop a model in a role and it works? Pretty rare from what I’ve seen. I think this alleged blurring of the lines is more an acceptance by Hollywood that being a “model” is not a kiss of death to an acting career. The film world is far nerdier than the fashion industry which is all about being cool. There is literally nothing glamorous about making a film. As I go between both worlds I can assure you most film people are not at all impressed by the things that spark fashion people. My director friends would laugh at the idea of casting a model because they are pretty or famous or stylish. I think because of social media talent is surfacing in a different way and it is accepted that you might find a great actor from a pool of models, but it is wrong to think your journey will be any less arduous becoming an actor because you are represented as a model. You still have to do the work.

I think because of social media talent is surfacing in a different way and it is accepted that you might find a great actor from a pool of models, but it is wrong to think your journey will be any less arduous becoming an actor because you are represented as a model. You still have to do the work.

How does your rapport with handling talent in fashion bleed into the way you direct?

Well, I have been discovering and developing talent for a long time so I have learned how to get what I need. That is my goal. You put the film first, the vision… and when everyone sees that this is what we are after, it’s easier to unite the force. The issues come when you are unclear. 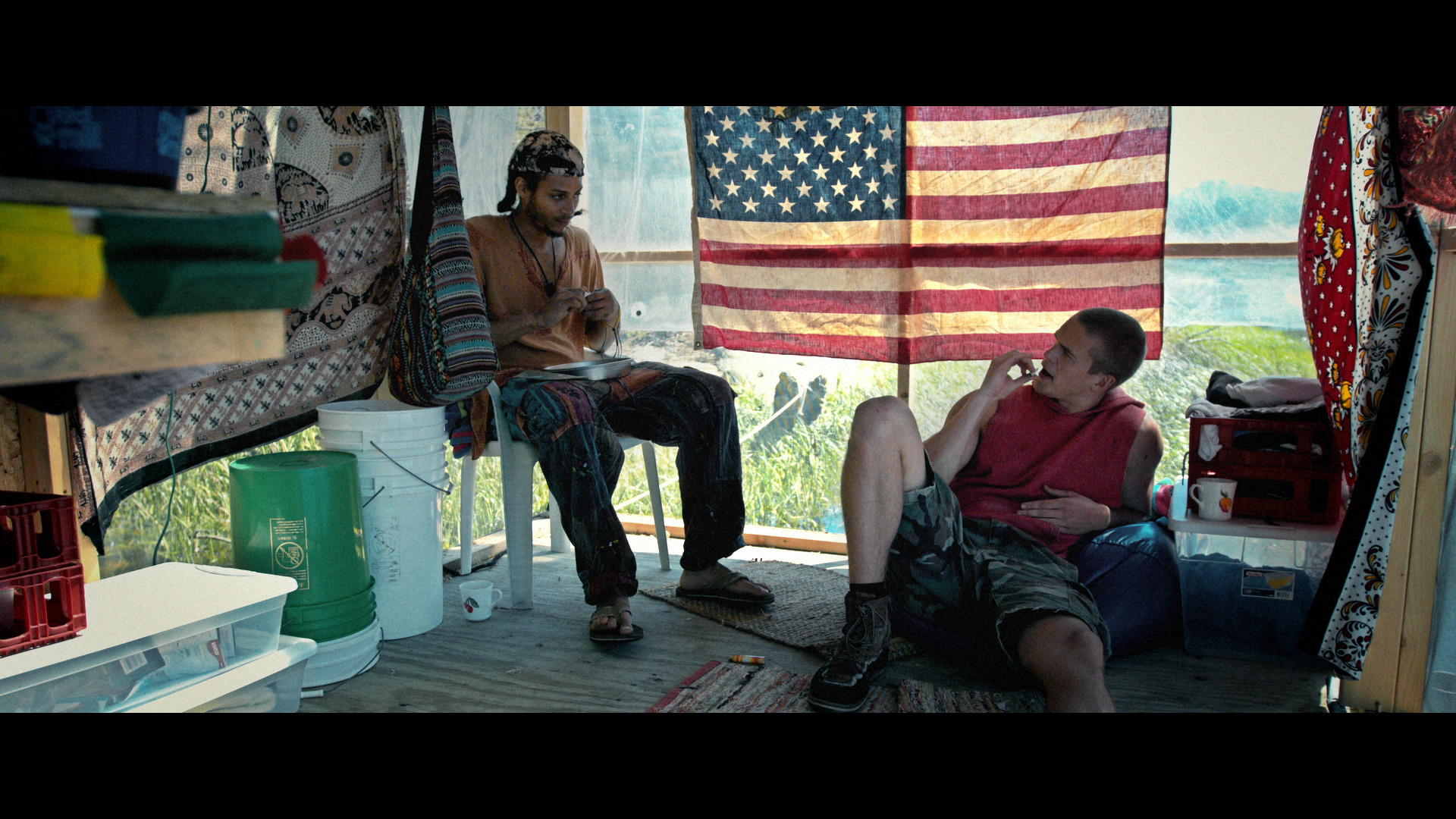 How does a filmmaking mindset influence your casting decisions when you return back to your fashion clients?

For a designer, the show is like their film in a way. So I get the importance of a model being able to do this “part”. And I think from years of collaborating with my partner Drew Dasent, we are great at getting in our client’s head and knowing what they want their final vision to portray. On film sets you have to put your ego aside and this helps in fashion, too, because ultimately casting is a service.

Alternating between two industries: When you’re in film production, are there fashion formulas/ habits that work against you?

I always say fashion is like boot camp for film. We have had our share of sleepless nights working on fashion shows and that definitely prepared me for film where you have sleepless nights for 25 days straight! As far as formulas we definitely have our own, we don’t look to others for that. We approach casting more like alchemy. You can have a great cast of terrific models or performers, stars, fresh faces, etc. and it still may not have that magic. The magic is what we are after and that requires that you trust your hunches. You don’t find the magic by following others. You have to be tuned into a deeper source. You have to take risks!

Moss has been a long journey, from start to finish–what was the most fulfilling part of the process?

Working with the locals on Carolina Beach where we shot and definitely bonding with my cast and crew. We became a family and it is an experience you never forget. I know Mitchell likely will make a lot of other movies, but he will never do one again like Moss. It was a special time in all our lives. It’s just our little movie and to see it get this much attention and theatrical distribution and to be available now nationwide. It’s truly a dream come true. 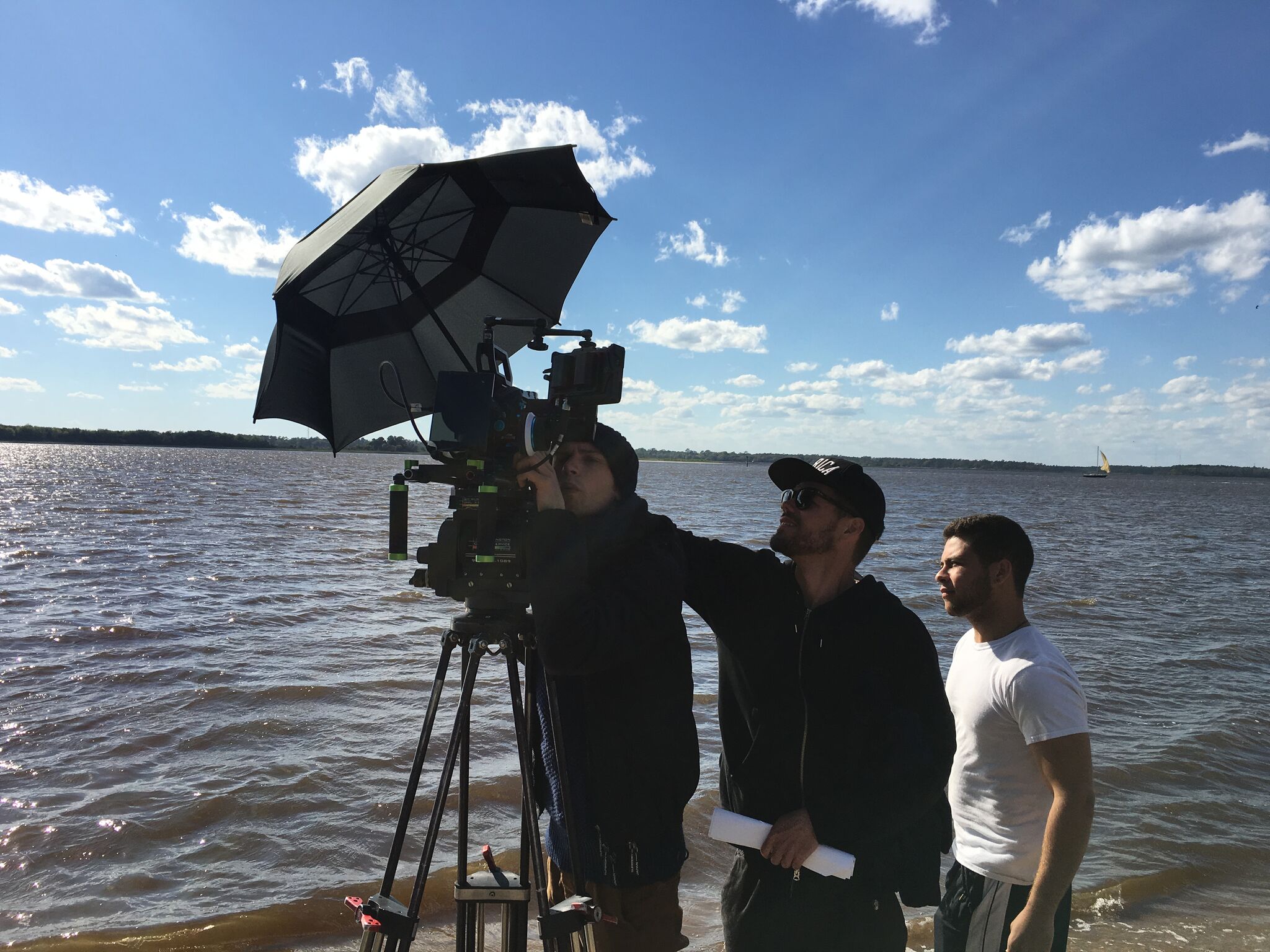 See what the models are wearing off-duty during NYFWM!
NEXT See you later NYFW Men’s, Beyonce and Balmain, Vogue loses it’s Big 3 and more of the news you missed