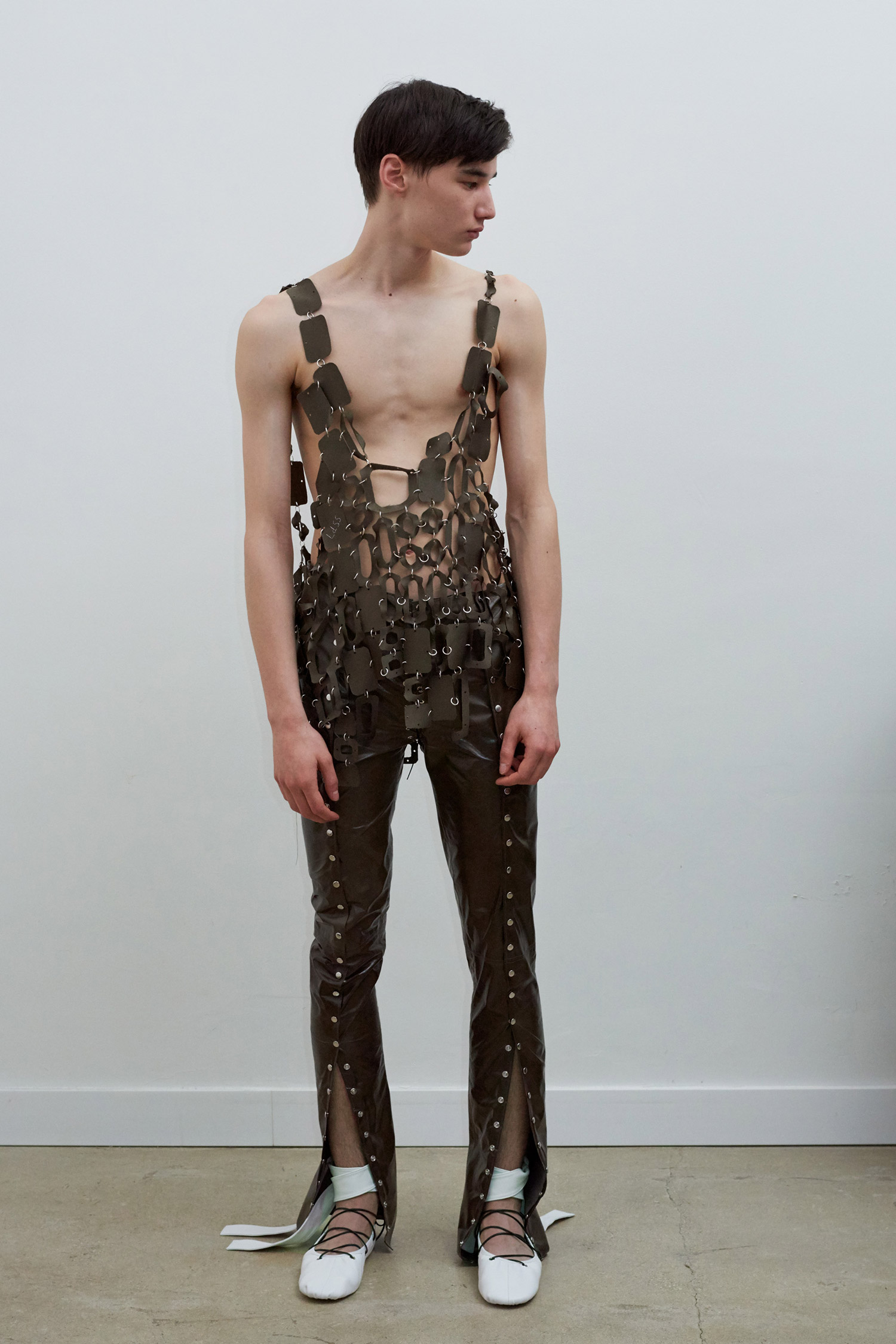 With just two collections to his name, Ludovic de Saint Sernin is already one of Paris’s buzziest newcomers, having notched a spot as a finalist for this year’s LVMH Prize at just 27 thanks to his gender-twisting, frankly sensual designs. Shown during Paris men’s shows, his louche flared trousers, corduroy briefs, and ballet flats (courtesy of Repetto) mark a sensibility that rejects the line between male and female in favor of something more personal and idiosyncratic, giving fashion’s current vogue for androgyny a touchingly intimate perspective. “For me, it doesn’t really matter whether a guy or a girl wants to wear them, it’s just a piece of clothing,” he insists. “I didn’t want to do it as a trend or as a statement, it just felt right for me to do it. It was just my own thing and if it spoke to people, then I would be happy, but I guess it does fit in this trend now which I didn’t even realize I was going to be a part of.”

De Saint Sernin was born in Brussels and raised in Côte d’Ivoire before moving to Paris, where he spent his teen years in the “very posh neighborhood” of the 16th arrondissement being influenced by “very classic French luxury houses like Saint Laurent and Dior.” After studying fashion at university, he interned at both of the aforementioned Maisons before landing at Balmain, where he spent three years working on embellishments for the newly-installed creative director Olivier Rousteing. “It was his second or third season there and he was super young, which was crazy—it doesn’t really happen in many houses,” he recalls. “There was this really cool connection between us and between him and the rest of the studio as well. We were all working really hard and then partying hard as well. After three years, I had done a good time there and I had two options: I could pursue a career in a studio and try to work my way up or I could try and break out while I still had this little voice in my head like, ‘Maybe you should do your own thing.’” 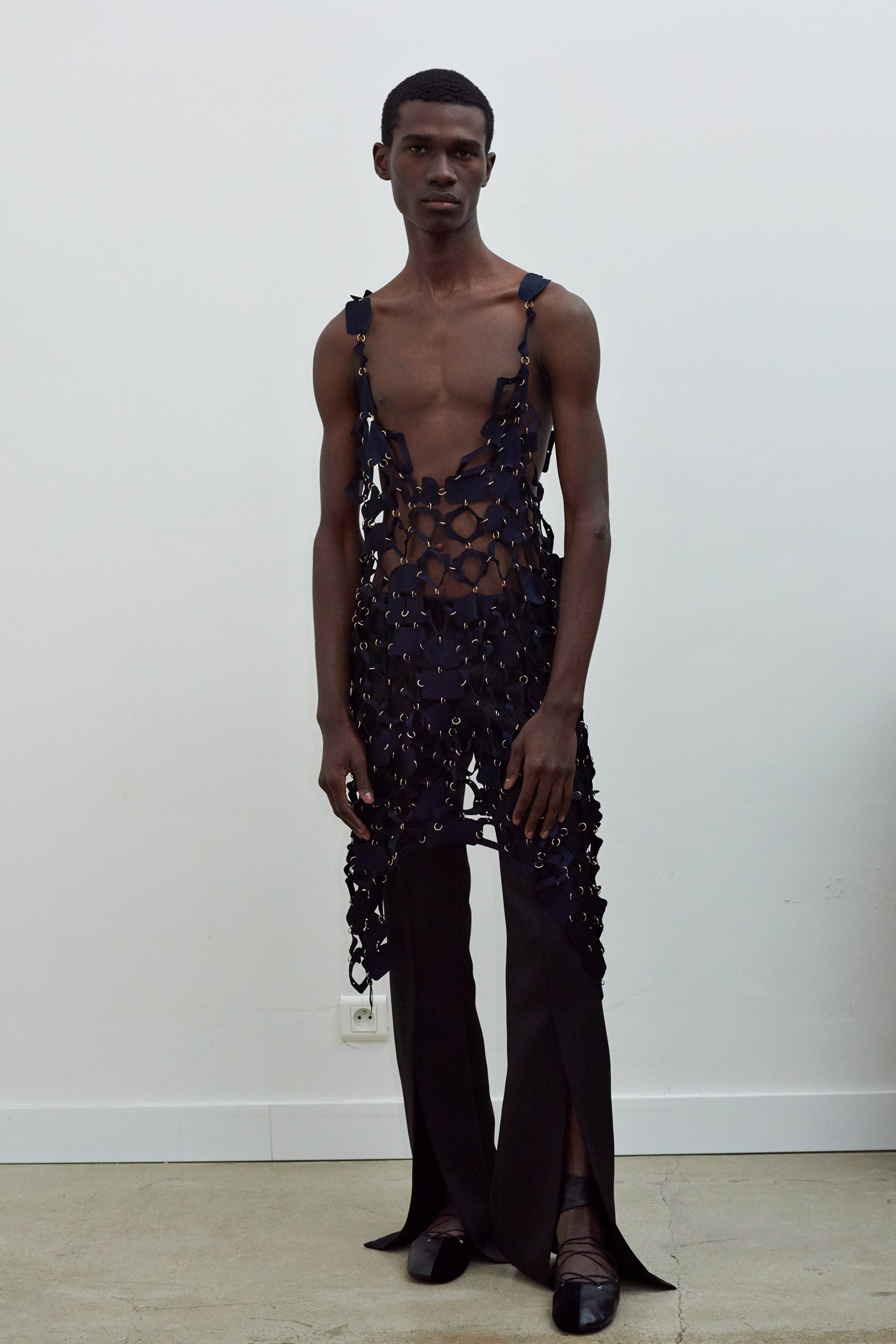 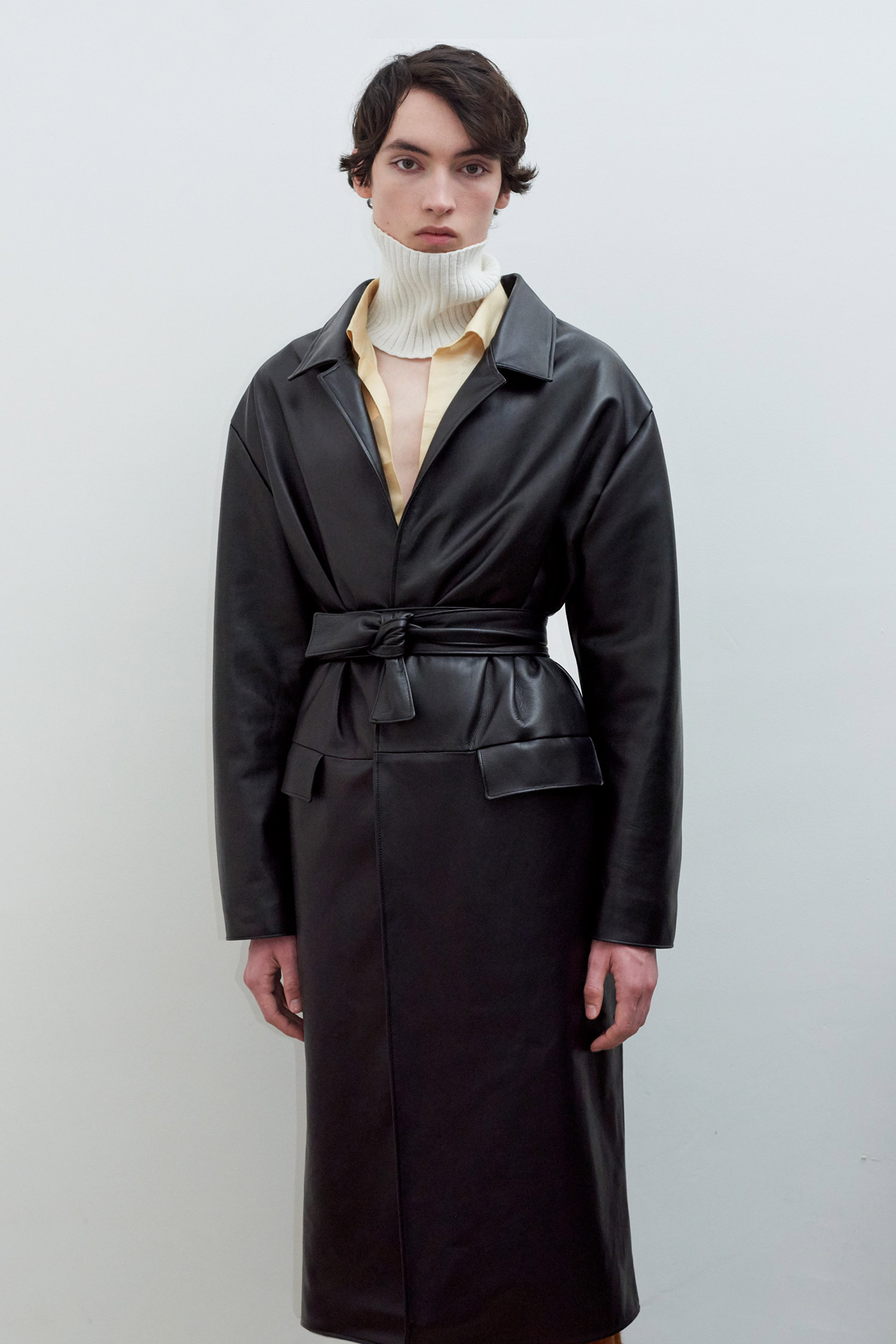 After taking a break to “de-Balmainize,” de Saint Sernin presented his first collection last June. Having studied womenswear, he had planned to continue down that path, but he explains that after meeting his (male) fit model Raphael, the direction began to evolve. “He was trying the women’s pieces and they looked amazing on him and I thought, ‘You know what, that’s really cool, I want to push that,’” he recalls. In what now seems like fate, his début happened to come together just in time for the men’s shows that summer. “The first collection was a coming-of-age story and a coming-out story, so it worked for me to use guys,” he explains. “It happened really organically. I wasn’t really thinking too much if it was going to be men’s or women’s.”

Still less than a year in, de Saint Sernin is already establishing himself as a unique voice in the industry while still developing. He promises a Fall campaign set to debut soon and is hoping to move out of his apartment into a proper studio. But even as his success grows, the young designer is set on maintaining his own unique vision. “[Fashion] is something that should always make me happy,” he says. “For me, it was really important to include personal things in my brand. Sometimes it’s hard to know how much you want to reveal and how much you want to keep to yourself, but I guess that’s part of the story that I’m telling as well.” 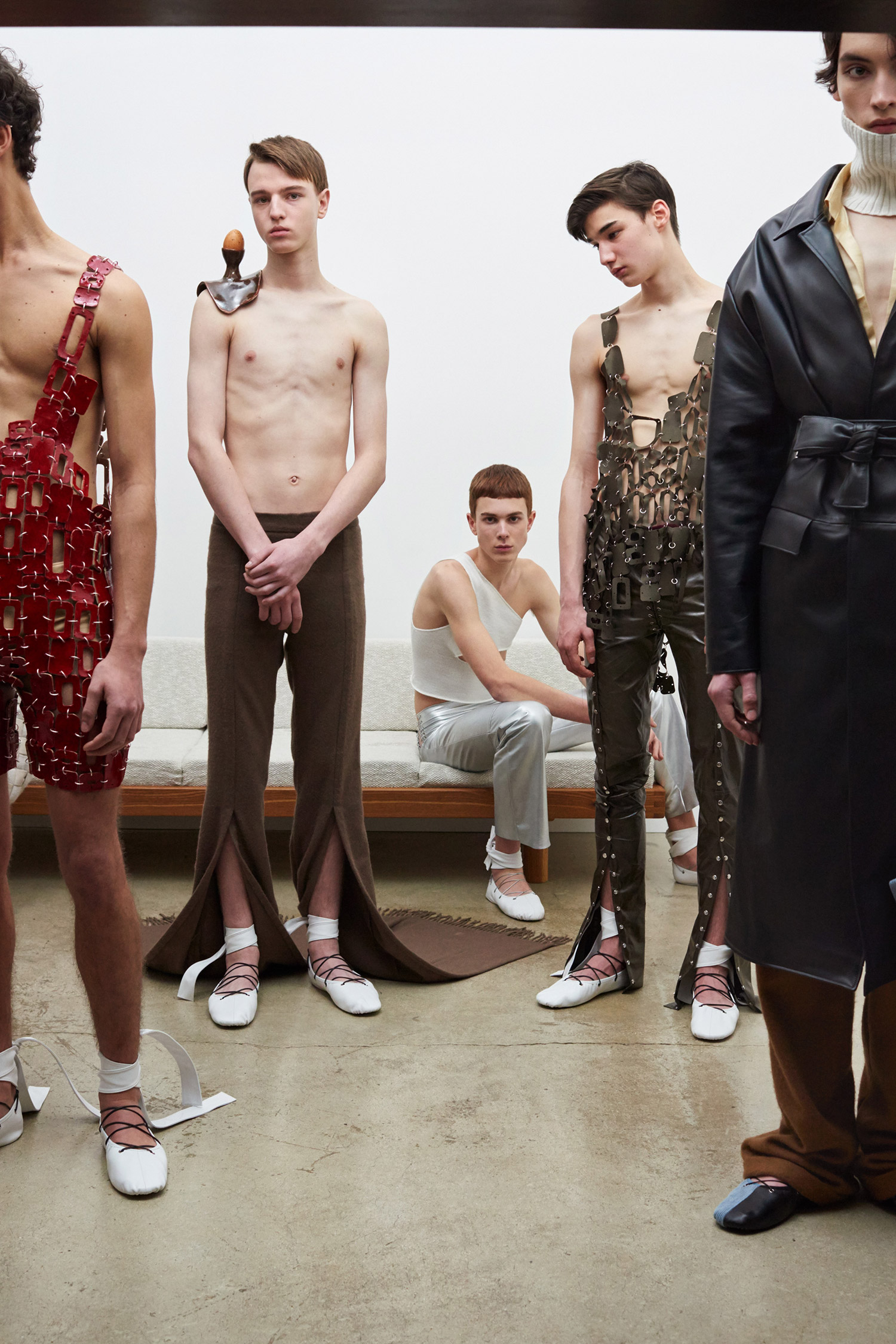