SS 2010…what does “Women” as a management company mean? What are its values? What is the message? This season the message is asÂ  emphatic andÂ  timeless in its appeal as the stunningly beautiful black and white box the cards come packaged in. Women nowÂ  means exactly what the name says. It means glamor andÂ  sensuality. “Women” is a cipher for impeccably pulled together models, spot-lit and made-up and inarguably glossy. But as much as the ideal harkens back to the early glory days of the New York modeling industry, this coding is current, not retro. One thing that has emerged during Louie Chaban’s tenure as head at this agency is the sureness of his taste, a taste that is now marketed to its highest expression thus far in this SS 10 show package. All the classic themes of that ideal is reiterated but with heightened subtly by Jason Duzansky who orchestrates the package’s art direction for the 3rd season in a row. There is that signature green-toned coloration.. The classic elegance of the DidotÂ  font… and thatÂ old school four panel fold-out card this time made fresh by the witty addition of candid images of the girls on the back of the cards. Iselin‘sÂ  is wistful, Jamie Bochert‘s is very funny, Natasha Poly is that of a blue chipÂ girl zipping through fashion at its highest zenith and Rianne‘s? It is theÂ embodiment of the agency’s ideal, building great anticipation for her runway return. As an All Star affair, that Women board is seriously formidable with girls as iconic as Isabeli, Karen and Carmen mingling with freshly broken Women faces like Auguste, Ginta and Nimue. Model watchers will revel in the fact that London’s finest Eliza is now in the mix for New York shows, while the emerging faces of the agency now include Alexa, Mirta and Toma. The best thing about Women’s message of quality is that the willingness to do things with maximum rightness is what separates the ones who try from the ones who soar. A simple thing such as that little satin pull ribbon that raisesÂ the cards up from its box… the thoughtfulness of that small detail? That is design as luxury. 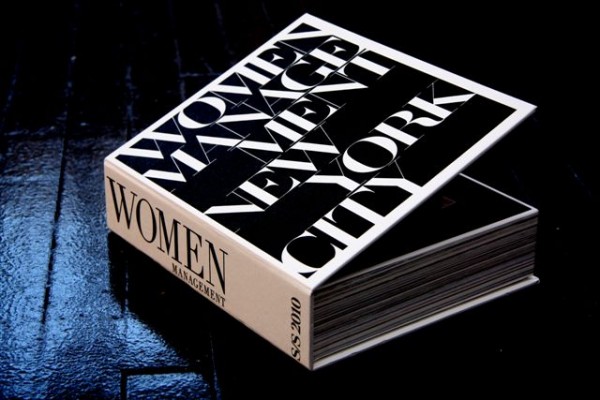