As the go-to creative collaborator for photographers like Ryan McGinley and Roe Ethridge, Matt Jackson’s distinctive creations are seen between the covers (and often on the covers) of Dazed and Confused, i-D, Vogue and many more. A set designer’s work often goes unnoticed in the final product, yet whether it’s his micro-sized still lifes, his perfectly placed floral arrangements, or his immersive installations for events, Jackson is certainly standing out in his craft.

How does the set design process begin?

It’s different every time. Sometimes a client comes to me with what basically amounts to a shopping list, sometimes it’s a collaboration between the photographer and me, sometimes I’m given as little to work with as a single word. Sometimes I get to use an idea that’s been sitting in my head for a month. There’s a photographer who I love to work with who will usually give me 3 words to go on: “raw”, “clean”, “broken”, for example. Unpacking that and making it into a coherent vision is a really fun challenge.

Is there a repeating element that is seen in a lot your work?

I like to use a lot of flowers and plants in different ways. They always feel unexpected and uncontrollable, which I like.

How has working with photographer Ryan McGinley influenced your eye for design?

Working with Ryan has made me a really good scout. He doesn’t like to bring a lot into an environment so I always scout the location a day or two before to see what I can find there and repurpose in an unexpected way. I bring a lot of plants and flowers to add to the fantasy of the image, and props that make the model move in an interesting way like roller skates or hula hoops or a slip ‘n’ slide.

What are some of your favorite materials to work with?
Fabric, wallpaper, carpet. Paint. Plastic. Plants. Too many to choose.

Are there any spots in New York you love to get supplies from? Home Depot?
Definitely Home Depot, I’m there multiple times a day. I have to give myself a time limit in there now because I’ll wander the aisles for hours looking for treasures. The flower market on 28th. The fabric stores up around 30th. Plastic and rubber supply on Canal. I use Amazon a lot. It’s not so much about knowing where to look as it is knowing what to look for.

Are there any current trends in set design?

I would say that people are becoming more comfortable with leaving things unfinished and showing the machinery of the shoot. When I first started working with Roe Ethridge and he would show the lighting equipment or a sandbag, no one was really doing that. Now you see it a lot. Some of it comes from getting used to seeing pictures that look like that, and some of it is that it’s an aesthetic that lends itself to the insane pace of the industry. It can be more like sketching than having a fully formed idea.

What inspires your still life work? They resemble lucid dreams.

It depends on the image. Sometimes I have a part of it in my head, and it’s trial and error to get the rest of it to work. Sometimes the image is in my mind almost fully formed and it’s just about getting it out in one piece. I don’t necessarily have a reference point in mind but I look at Irving Penn and Paul Outerbridge, and the Dutch still life paintings from the 17th century. The images are surreal because life is surreal and I think art should reflect that.

Are there other set designers or particular artists that inspire you?

I don’t look at a lot of contemporary fashion photography but in film, I look at the production designer Dante Ferretti who’s worked with everyone from Fellini to Julie Taymor to Scorsese. George Tsypin is a Russian opera designer who is amazing. Achim Freyer and Robert Wilson who are director/designers so with them there’s a totality of vision. Ralph Koltai and Richard Hudson and my teacher Mary Kerr. Then I always come back to artists like Paul Thek, de Chirico, Dali, Irving Penn, Blumenfeld, Saul Leiter, Steven Arnold, Jack Smith, Cecil Beaton, Cocteau, Peter Greenaway, Takeshi Murata, David Armstrong, Jack Pierson, Taboo! Photo and prop styling by Matt Jackson for Office Magazine 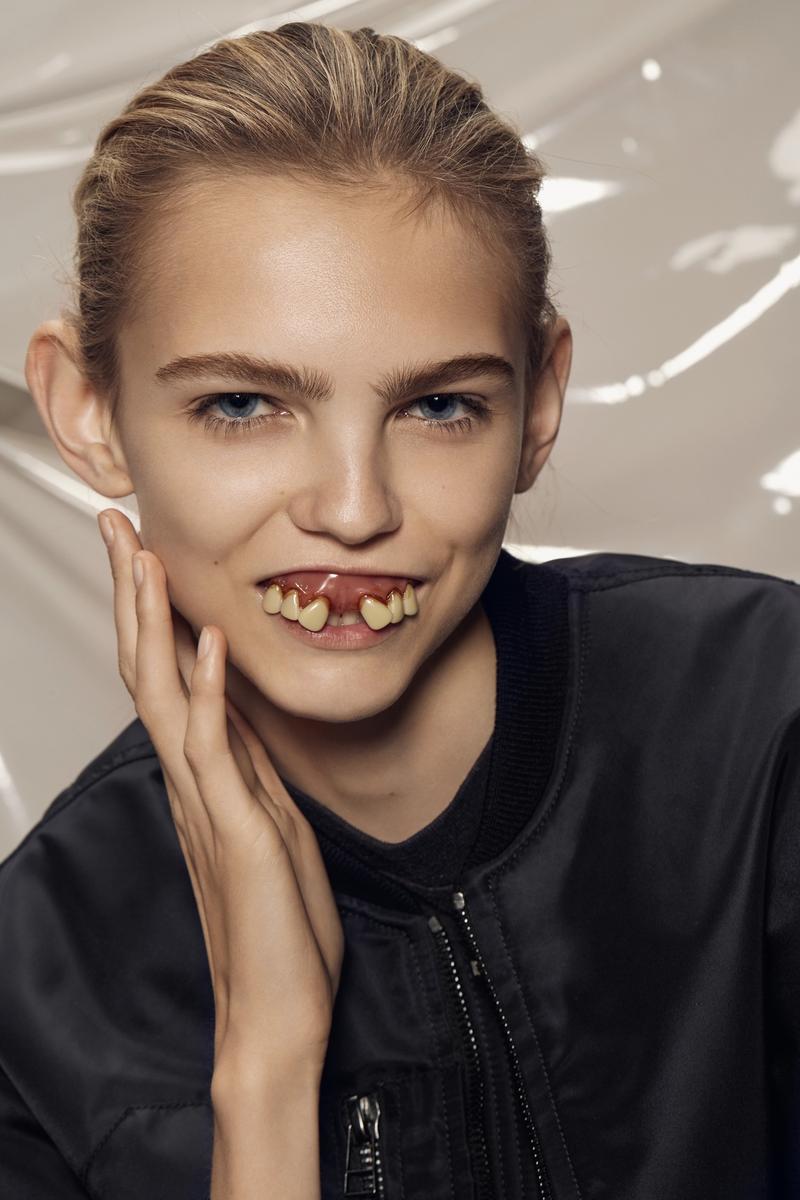