Five years ago, Henrik Fallenius had his whole life mapped out ahead of him. He was working as a psychologist in his native Sweden, helping troubled children, and he was resigned to his fate. “I was set on a nine-to-five,” he laughs. “I was thinking I was going to work as a psychologist until I was like sixty and retire.”

Then, on a trip to Copenhagen, everything changed. He was scouted on the street by Scoop Models and, a few months later, found himself on the runway in Paris, where he walked for Hermès and Berluti in his first season before shooting Vogue Hommes International with David Sims. “I was back and forth trying to fit working as a psychologist nine to five with taking sick days for modeling,” he recalls. “After half a year, I got my visa, so I sold my apartment, sold my car, sold my motorcycle, and moved to New York.”

Since then, he has become a fixture on the modeling scene thanks to his campaigns for H&M, Joe Fresh, and Belstaff, and he was one of the first male models to sport the bearded look that has become so popular of late. “I don’t regret it at all,” he says of his decision to risk everything to change careers. “It’s opened so many doors for me to start doing other things.”

With all that’s changed, even Fallenius finds it hard to believe that it has only been five years, a short time that is a surprise given both his accomplishments and the standard career trajectory in the industry. “People assume, because I’m older that, I’ve been modeling for ten years,” he laughs. “But no, I really started when I was twenty-eight.”

Now thirty-two, Fallenius has started to branch out into styling and creative direction as well, often working with his friend, the photographer (and fellow model) Max Papendieck, who also shot the images below of Fallenius on a typical day in New York exclusively for Models.com. 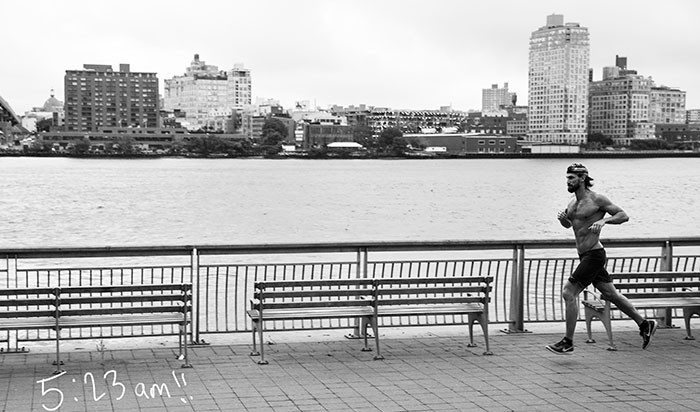 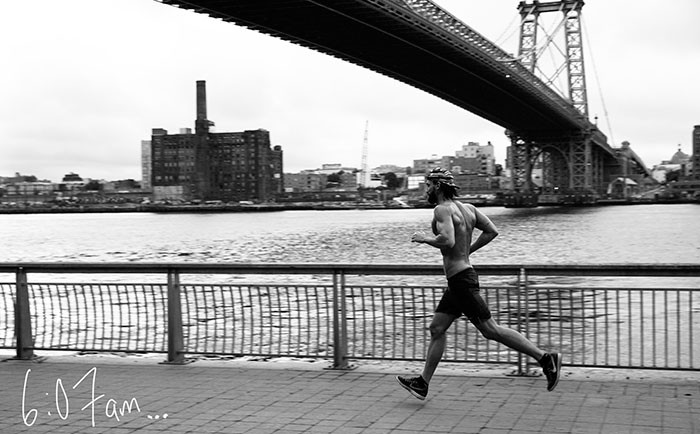 “I started running in the army. We did running as a drill every morning and I started liking it and now I can’t really live without it. It’s my meditation. After fifteen minutes I zone out and my head’s all clear. If I’m sick or anything and I can’t run, I get really antsy. It’s my time to just relax, clear my head, and get started with the day.” 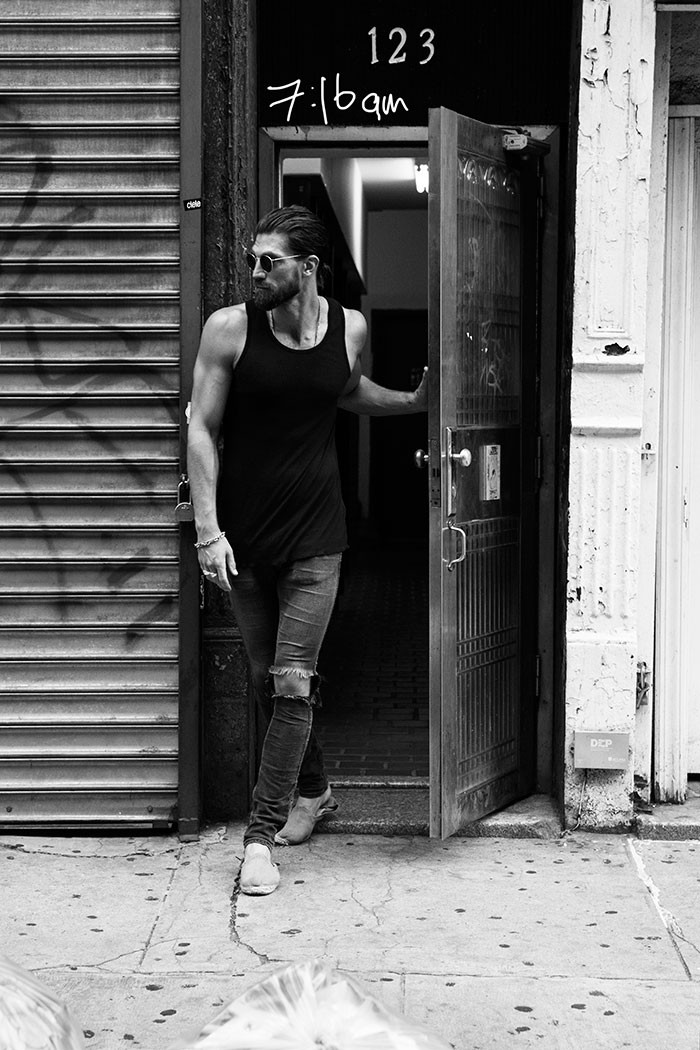 “I live on the Lower East Side. I’ve been living there for about two years now. This was my first real lease. This place is legit mine. I love it down there because that’s the only part that’s really New York still. It’s still a bit gritty and, for me, it’s still the real New York.” 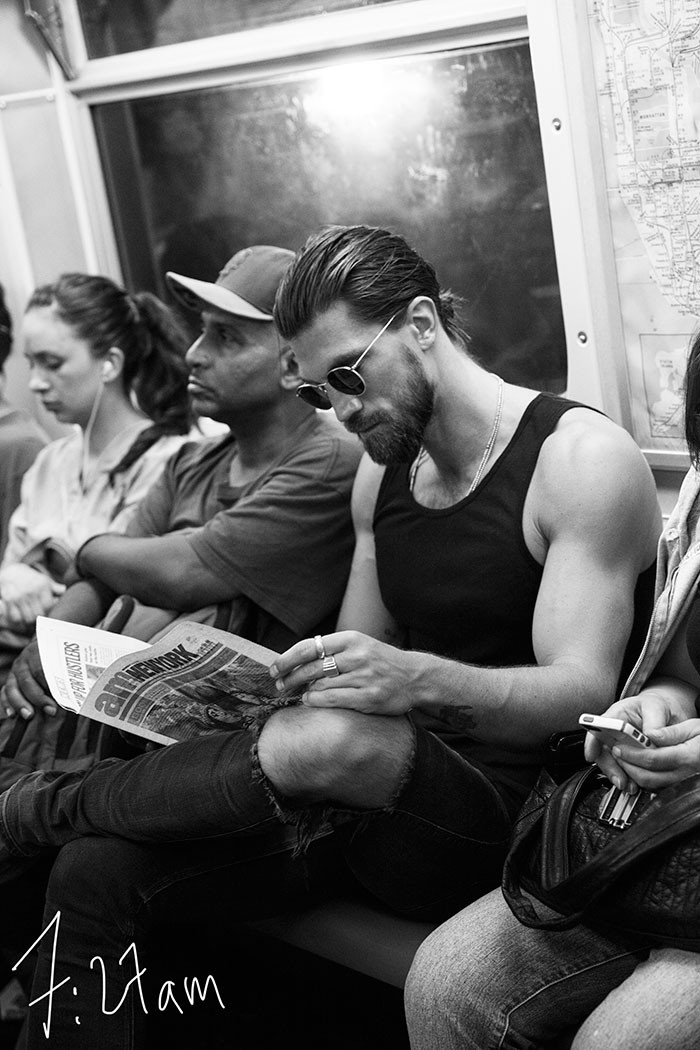 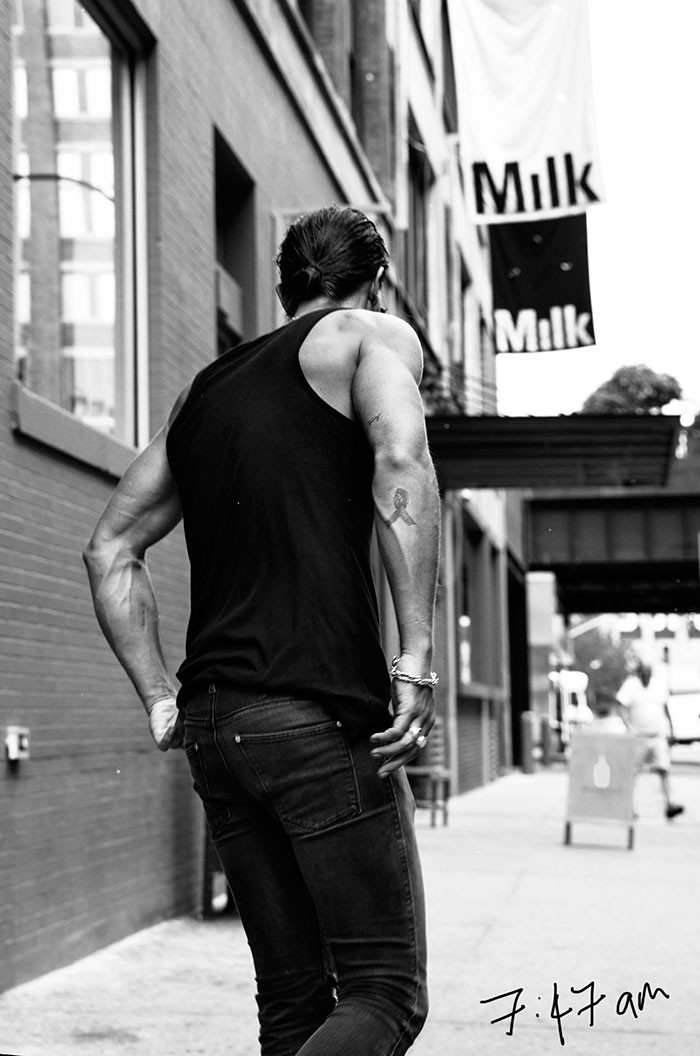 “The job was for Americana Manhasset, by Rocco Laspata and Charles DeCaro. It was a holiday catalog with Caroline Trentini. She was really cool. To be honest, all the top girls, they’re always the nicest ones.” 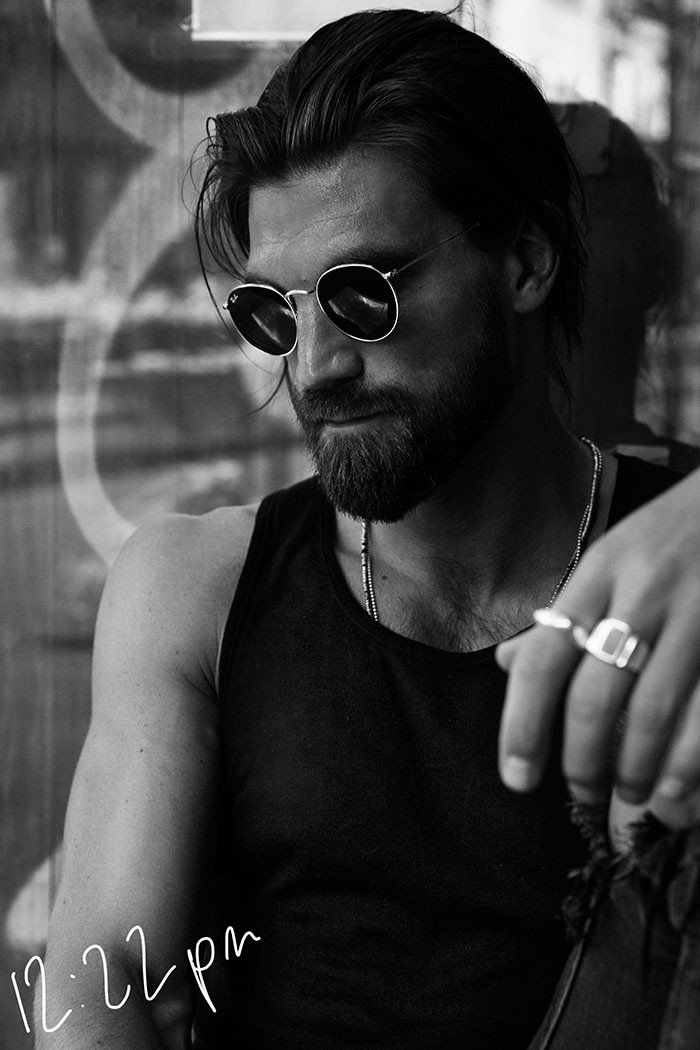 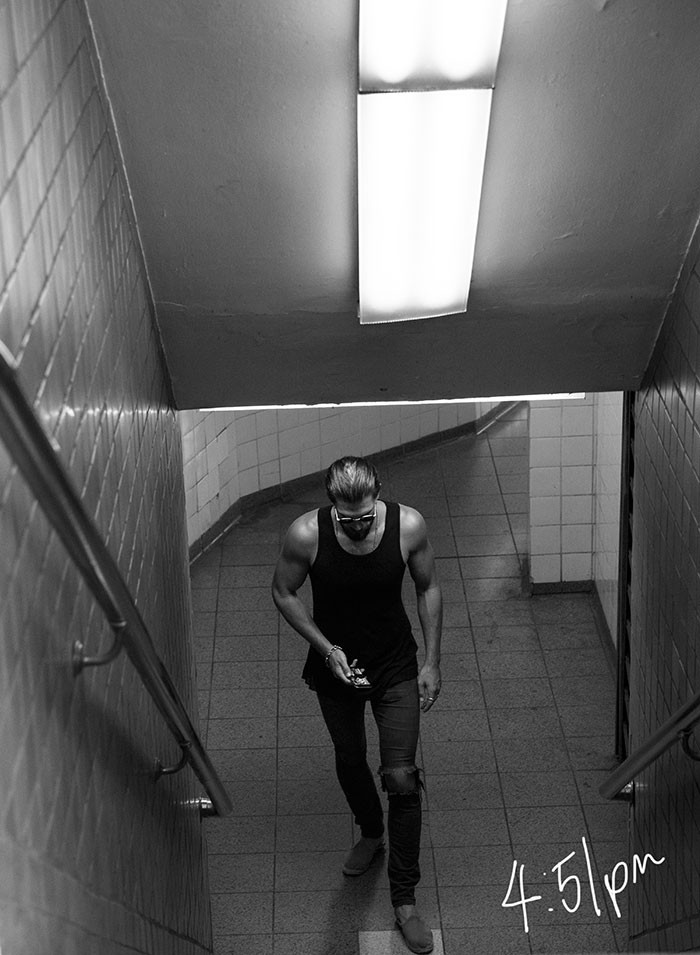 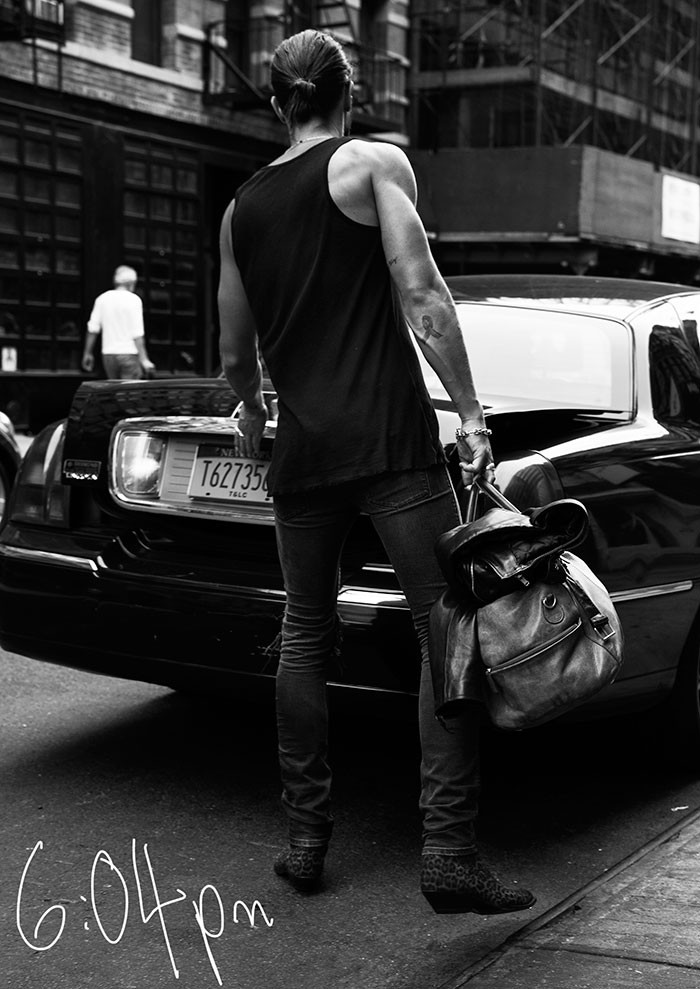 “I’m heading to Copenhagen for another job. I came in the day before, did this job, and flew out in the evening back to Copenhagen. I travel really light. For day trips, I pack running gear, underwear, and just the basics. Sometimes I even forget to get underwear. But I always bring a good leather jacket—it’s good in the warm and good in the cold.” Models on a Mission
NEXT