As one of the most in demand faces of the moment Ashley Graham is experiencing a career defining fashion moment of epic proportions. Fresh work with Carine Roitfeld, an appearance on Elle Quebec‘s best-selling cover and best of all her very own lingerie collection, Ashley is making a splash in and out of fashion. MDC catches up with the enterprising Ashley to talk new work, the changing face of the modeling business and why she’s delving into the world of design.

J: When did you start modeling? I feel like we’ve been seeing you in magazines forever.

ASHLEY GRAHAM: I’ve been modeling since I was twelve – I probably got my first paycheck at thirteen. It was in Nebraska and I had to model a see-thru bra. My mom had to sign a waiver to make sure that they would airbrush my nipples out. I was plus size already.

Then Wilhelmina found me when I was around 14 or so and later, Ford around 15 and I was there until the end of their plus size division. I’m 26 now and I’ve been with IMG since January.

What they’re doing at IMG is very different.

AG: It’s totally different. I get phone calls at 8:00 at night telling me, “You have a casting at Vogue tomorrow…” and it’s like, “okay, thank you!” It’s just completely different! Different clients – I mean, I still have kept a lot of the same clients which is amazing, but it’s a different territory. I’m seeing major magazines, photographers, art directors. It’s been fantastic. I’m really happy. And I’m happy that they put us all on the same board! Which has just been great – no division!

Definitely, that is such a shift in the way things are done.

Definitely. You open up a magazine and you see a plus size model, you see a shorter model – those old divisions aren’t as prevalent as they used to be.

How are you enjoying all this exciting new work?

AG: How could you not love it? First of all, the industry is changing which is so exciting. Because I’ve been doing this for so long, I’ve seen so much change. You can tell it’s not a fad. This is something that’s here to stay. Curvy women, women that are in-between the straight size and the plus size, opening up doors just for all different shapes, sizes, races, even genders now! It’s exciting to be a part of that in the fashion industry right now and say that I am a part of it.

What would you say are some exciting things that you’ve been working on. Either that you’ve just finished doing, or that you have coming out soon.

AG: Elle Quebec cover just came out, so exciting! They called me and they said, “We want to put you on the cover.” It was just instant it wasn’t even a question. I was like, “What is going on!? Okay, great!!” Harper’s Bazaar is out right now with Carine Roitfeld; that was her first beauty story for Bazaar so that was awesome. Carine is such a sweetheart, I love her she’s so nice. I’ve been meeting some really cool photographers and now that IMG and WME (William Morris Entertainment) merged, a lot of TV things have been popping up which is really exciting.

That’s really cool, I’m happy to hear that! Is there anything that you haven’t done just yet that you’d be really excited to do?

AG: I haven’t shot an editorial for Vogue yet – I would love to do that! I think that would be incredible! Not even for their Shape Issue – just a normal editorial with a plus sized model, or whatever you want to call us.

J: It’s such a weird term because, how do you really describe it.

AG: I just did an interview where they asked “what do you think of the word plus size?” and I had to say that I was honestly so sick of the question and the back and forth fight around it.  I don’t care what you call me. I’m here to bridge the gap between what is straight size and what’s plus size, but I’m a model at the end of the day. If you have to put a label on me to figure out what client needs me that is fine. If a client needs a plus sized girl, then she knows where her plus size girls are! I’m just a model. I don’t like that there is this label used to describe me, but for bookings I understand why it’s needed. 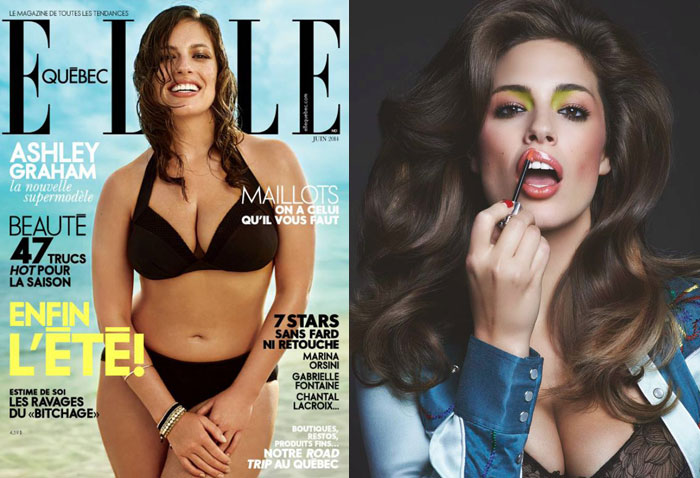 AG: Yeah, it’s a pretty face, it’s someone who can move, it’s someone who is interesting – book her! Who cares what size she is, get the clothes that fit her. There’s tons of clothes out there now and there are so many different designers that are doing plus size now. Like, Eloquii! They’re great, they’re fantastic. Calvin Klein, Michael Kors, and everything at Macy’s they all go up to 24’s and 28’s… so it’s happening! Everything is changing, it’s fantastic.

And buy a bra! I have bras! I did a lingerie collection with AdditionElle.

J: What made you want to go into lingerie design?

AG: All of the lace is from Paris and it’s quality. That’s what I wanted. I wanted the women of America and Canada to understand that I want quality just as much as you do and I want support and I want it to be sexy. When my shirt comes off in front of my husband I don’t want there to be some nude, grandma, and I call them work bras… with like, a lace design on it.. like, come on!
So, I approached Additionelle- do you guys want to do it with me? And they said yes! So, here we are making lingerie and love together!

They wanted to test it out and see how well it was doing, which it’s doing fantastic, so we’re going up to G’s and H’s for holiday also. It launched in November, we just launched the spring collection almost two months ago, and then fall will come out in July. It’s very exciting.

J: Do you have any plans to do clothes?

AG: Yes! I would love to do clothes. I don’t know what direction I’m going to take it or who I’m going to go with or if I’m going to do it on my own. I don’t really know yet, but I do know that I love my curves and I love to show them off and it’s really hard for me to find clothes that are sexy, but that also have a baggy boy-ish feel to them. I don’t know! It’s a very strange aesthetic that I’m always looking for. Right now I’m loving the Eileen Fisher harem pants, but then I love a sexy and tight body conscious dress that’s cut for an hourglass figure. When I’m designing it, I’m really going to think about every different body shape because that’s the beauty of plus or curvy women, none of us are created equal. There’s different shapes on everyone. I want to do something that caters to everybody.

J: That’s amazing, I love it. Please keep us posted when it comes out, we’d love to see it! It’s definitely hard to find things that are cool and modern.

AG: And that you feel young in! There are so many plus sized clothes that make you feel so old and it’s because it’s made for older women. They think that the older you get, the bigger you get, but it’s not true. I’ve been this size since I was twelve years old. I’m here to change things! 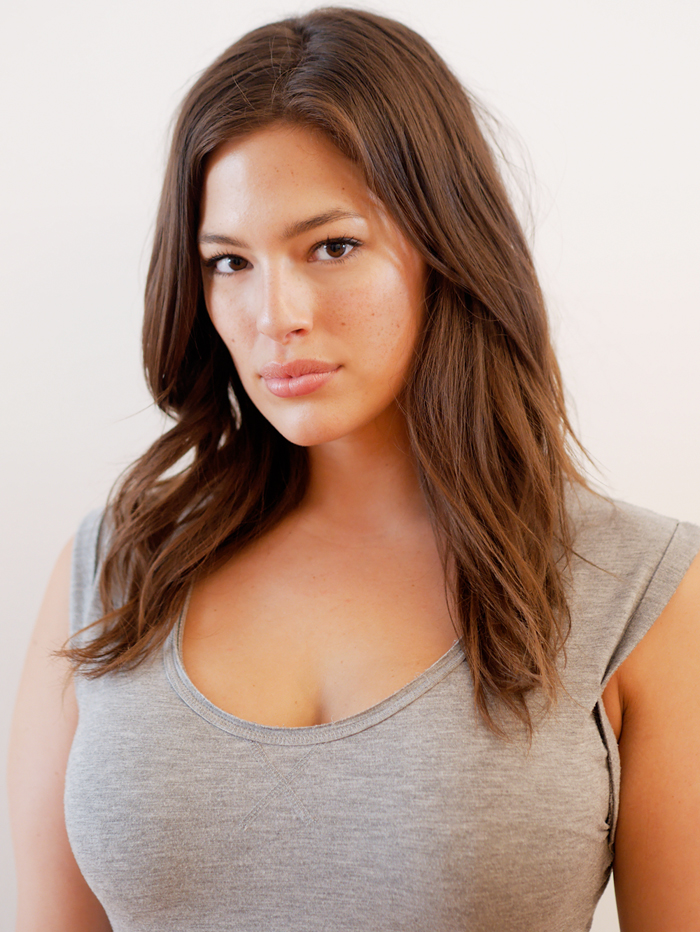 On The Street: LFW Day 3
NEXT

On The Street: MFW Day 1