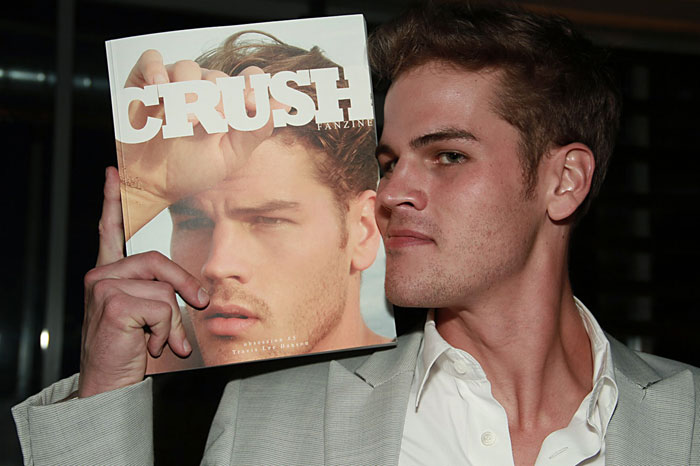 Travis Hanson with his cover by Jack Pierson. All images by Marko Kalfa.

Crushfanzine devoted an entire issue to Travis Hanson and it’s easy to see why with that unforgettable face and figure.  We caught up with Travis at Major’s celebration of the event and we got him to dish on a funny moment during one of the many shoots.

One funny story from the Crush experience would have to be from the Jack Pierson shoot in Provincetown. I had just arrived from Vienna where I did The Life Ball when I took the bus to Boston and then a boat to P-town. I was exhausted. As I was going to my hotel I noticed droves of people headed in the same direction and wondered where was the party… As I got closer I noticed that the hotel was the party, with a lobby in the bar and club in the basement. All I wanted to do was sleep but there was techno coming through the vents. I laid in my bed and stared at the ceiling until it was all over. The next day Jack came by and he wanted to shoot me as I woke up. Looking back at some of the pictures you can tell I am literally opening the hotel door when he snapped a photo. The whole Provincetown experience was great and I am very grateful to Jack and his friends. 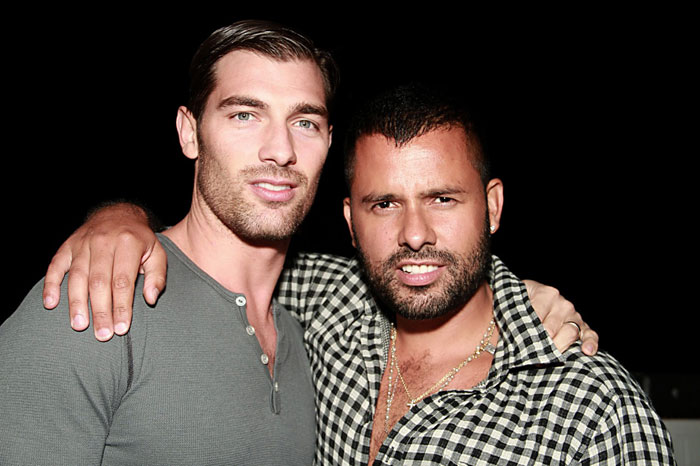 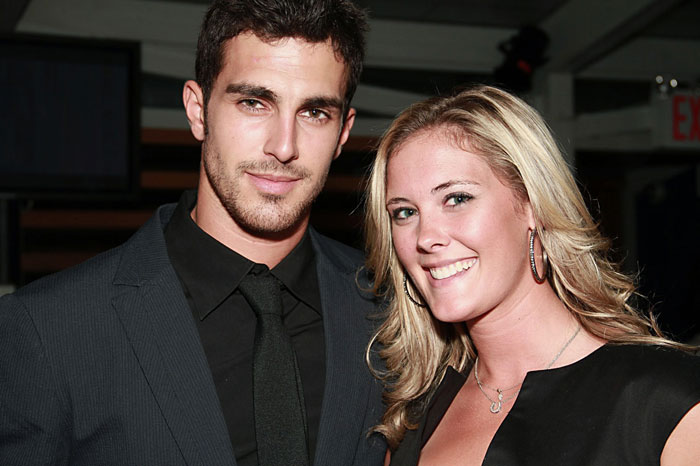 Clint Mauro and and his girlfriend also pop by. 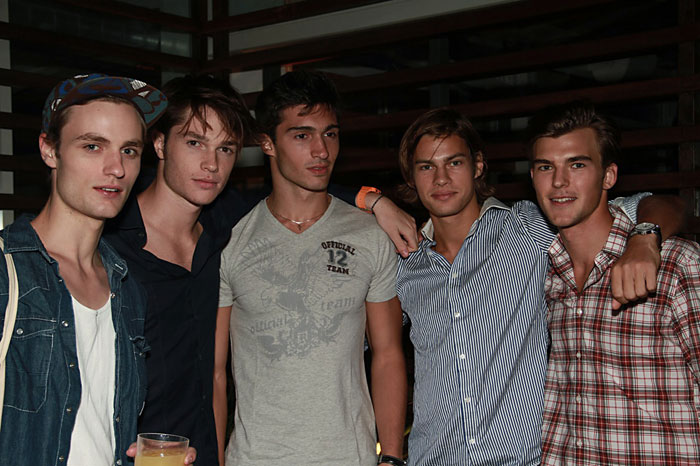