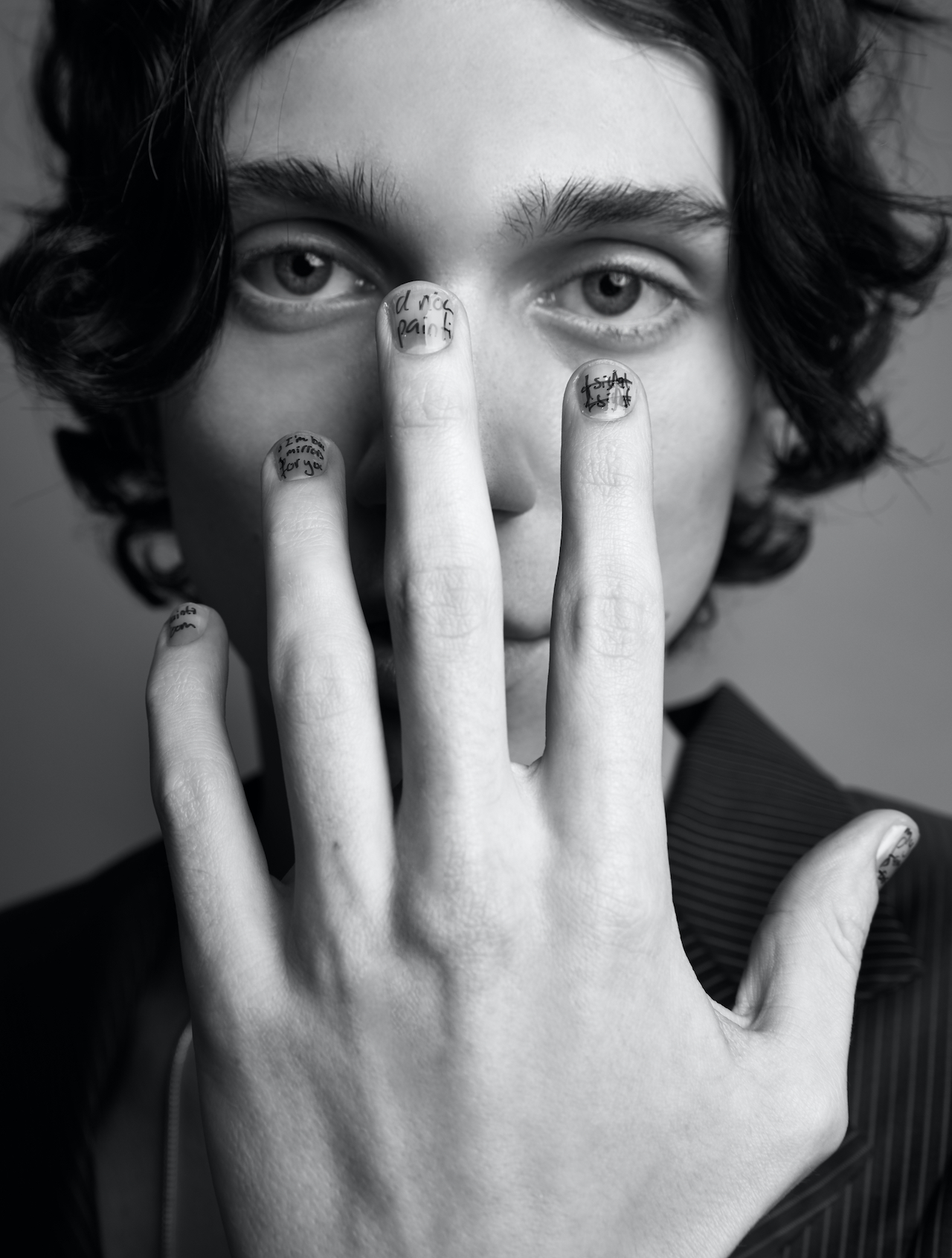 Back in January, the model-turned-musician Ruben Pol spent a few days holed up in a house on a remote island off the coast of his native Netherlands, working with his manager and some fellow artists through an intensive songwriting session. As the new decade was just beginning, Pol was looking ahead to broadening his sound and moving his burgeoning music career forward, fresh off the release of his first EP, Infused Romance, and his first live show the previous fall.

Now, of course, Pol is isolating again, although this time not by choice. With the modeling industry largely on hold as the coronavirus pandemic has kept teams from hopping across the European continent as they did before, he has been largely on his own, with nothing to do except focus on creating new work. The shutdown has been a surprisingly productive period for him, offering him the time to not only write on his own but also to consider in a larger sense what he wants his music to be. “I tend to be very busy, I’m always running from here to there and I’ve never really sat down to think about my own music,” he explains. “For me, music has usually been a very spontaneous thing. I go into the session and I just throw out whatever comes out in that moment and I really like that way of working, but recently I’ve seen that by sitting down a bit more and really digging down a bit more inside, I have been able to figure some things out in my creation process that I hadn’t before.” 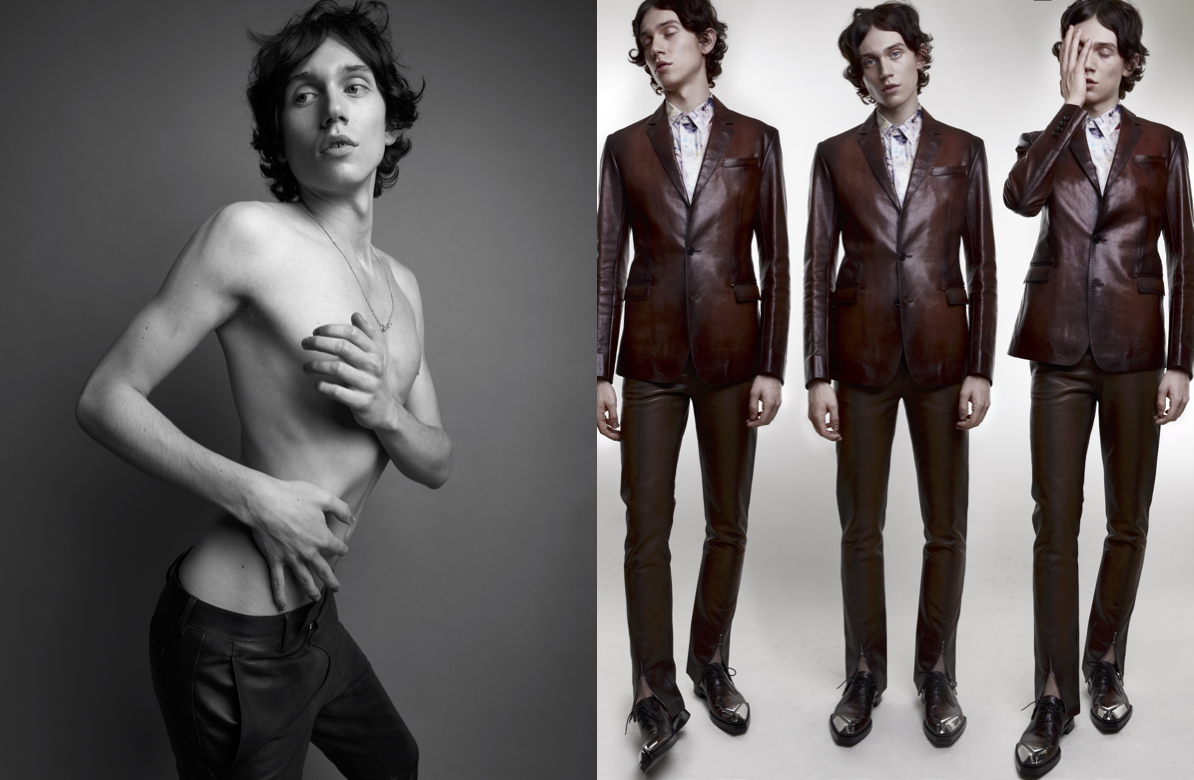 The first product of his new process, the single “Fall Apart,” is out today, offering an organic shift while maintaining his intimate brand of alternative pop in the line of Lauv, Julia Michaels, Troye Sivan, and early Halsey. The biggest change is the move to analog from electronic, which Pol says was inspired in part by a recent visit to his friend’s large studio for a socially-distanced recording session. “It’s basically a playground of synthesizers and drum machines and all of that,” he laughs. “Having that access, combined with the fact that I’ve been really trying to create from within instead of being mostly influenced and inspired by things around me, I have found a way to evolve my sound a lot more and create a lot more depth in my music.”

The song is accompanied by a music video, out next week, by the noted fashion photographer Alessio Bolzoni, a longtime friend of Pol’s since the two worked together for the model’s very first editorial back in 2015 and one of the many fashion-world collaborators Pol is continuing to team up with as he straddles the line between modeling and music. Another is Kris Van Assche, who first launched Pol’s career when he booked the model as a worldwide exclusive to open and close his flower-lined Spring 2016 Dior Homme show. Now at Berluti, Van Assche invited Pol to sit front row at the show in January and dressed him for his live performance début, as well as created custom t-shirts for him featuring soft images of the model’s body, photographed by Bolzoni. “I always knew that I wanted to incorporate fashion and art as much as I could,” Pol says, pointing to his strong working relationship with Bolzoni, who has also shot three other music videos and the cover art for Infused Romance. “That’s where it started for me.” 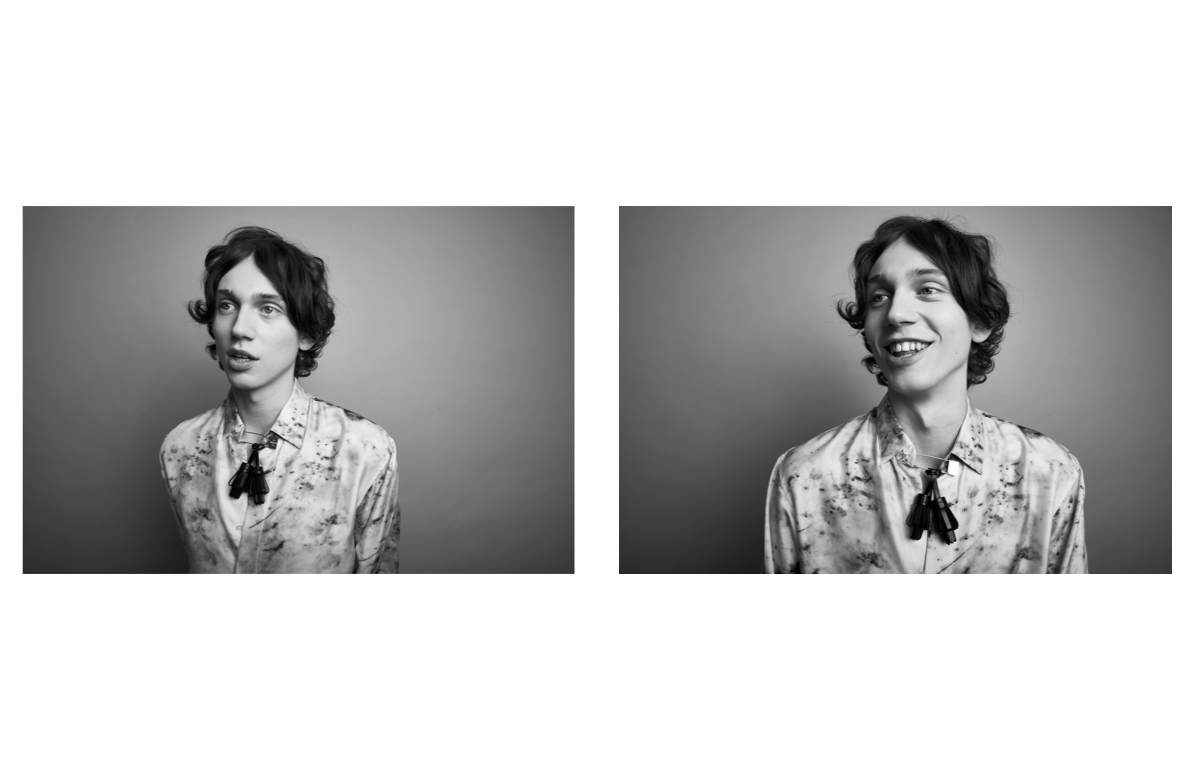 Music has been a lifelong passion for Pol, who remembers performing for his parents in his living room from the age of six. “I covered all the windows and put down lights and dressed up and everything,” he laughs. He performed in wedding bands and with friends through his teenage years, but it wasn’t until he was scouted as a model that he began to realize performing could be more than a hobby. “That suddenly opened my eyes to the creative industry,” he says, “and showed me that a lot of things are possible.” He began posting videos on Instagram and was quickly noticed by Vevo and a music manager, who helped set him up with some studio sessions through Universal Music Group in Amsterdam. “That was the first time I wrote my own song and the first time I sang on a microphone and the first time I was in a music studio,” he recalls, “and that gave me the feeling like, ‘Ok, this is where I want to be.’” 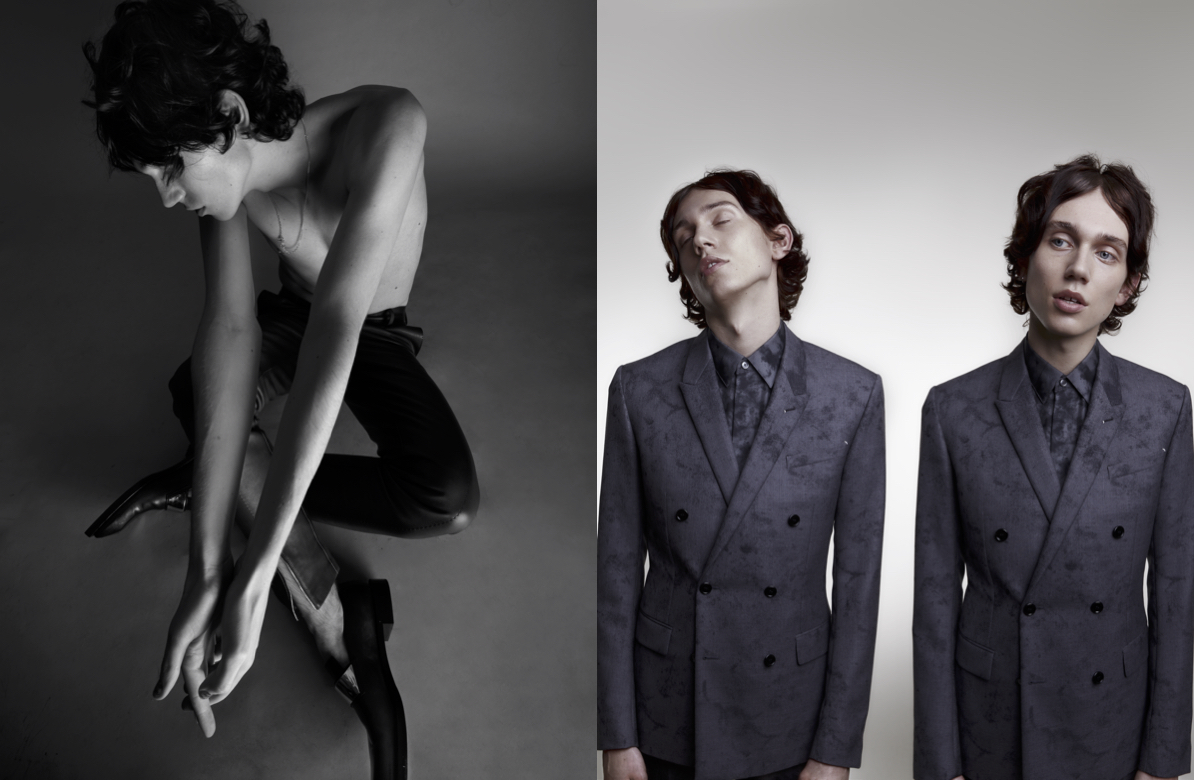 Pol worked on his music slowly, dropping a series of moody electro-pop singles over the course of last year leading up to the release of Infused Romance in September and his first performance at Amsterdam’s Paradiso in November while still finding the time to walk for designers like Zegna, Stella McCartney, and Jil Sander during fashion week. Even as he starts to move on, he credits his modeling experience with helping prepare him for his new venture. “It definitely gave me a sense of confidence to dare to express myself and present myself as I am,” he explains. “When I was little, I hated the big gap between my teeth but when I did my first shoot everybody was like, ‘Oh my god, that gap,’ and suddenly that was something beautiful. There are little things that I hated at first but are 100% me that I suddenly saw as something unique and nice, which gave me the confidence to be able to fully present myself as I am, which is super important as an artist and crucial to being able to reach an audience.”

With “Fall Apart,” Pol is taking the next step, using his time to himself to prepare for what’s to come. As the world begins to slowly reopen, he is one of so many ready to emerge, changed for the better from this period of introspection. “It’s really hard to put it into words, but I’ve noticed that by not really focusing that much on how the final product will look and feel,” he adds, “I’ve been able to open myself up a lot more to a lot of different and new things.”

“Fall Apart” is out today and available to stream here. 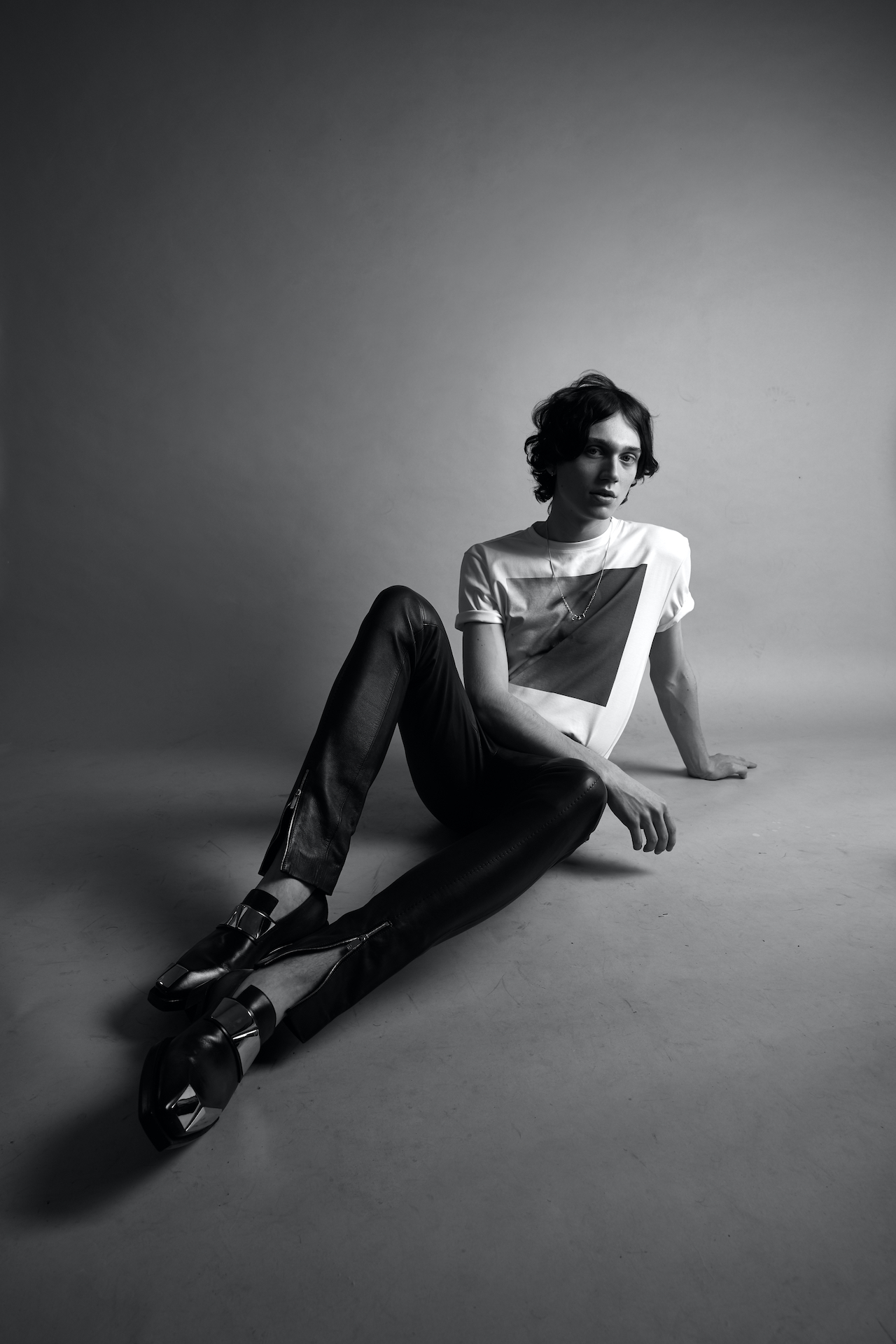 Aweng Chuol discussed her marriage, mental health and the challenges of modeling on our Instagram live
Top