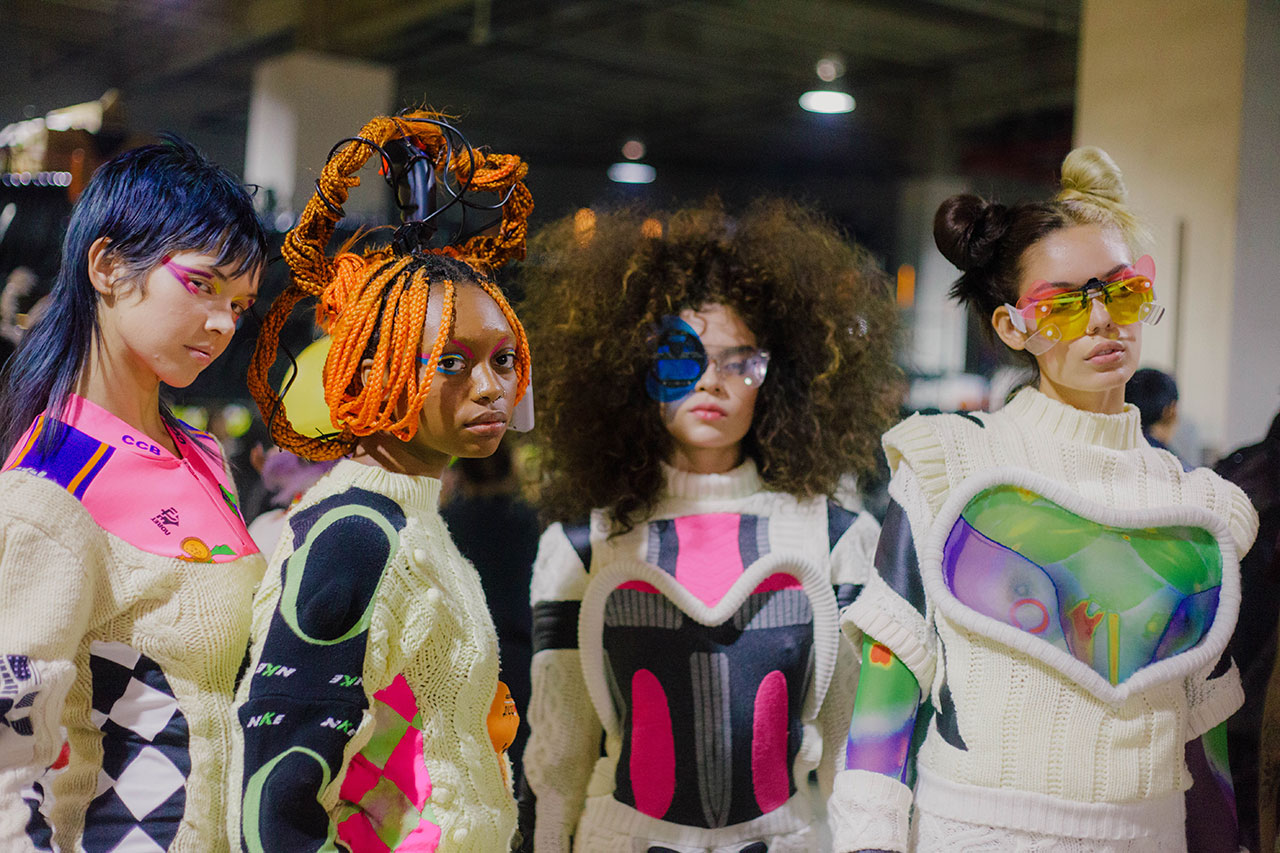 It started with a turn up. Before a single design came down the VFiles runway, the audience at Barclays Center was entertained by a roaring four-part act climaxed by rapper Rico Nasty that was a sonic boom to a fashion week brimming with new talent. Attendees matched the models and performers in extravagance, but then again VFiles has always been about championing the youth. It makes perfect sense that this year, the fashion media hub partnered with Gen-Z marketplace Depop to help recruit new model talent to join runway usuals like Adot Gak, Yana Dobroliubova, and Sasha Komarova. Stylist Anna Trevelyan translated the futuristic designs of Di Du, Pierre-Louis Auvray, Wesley Harriott, and Nico Verhaegen recessed with over-the-top performances by Erika Jayne and rapper YG. But we’re getting ahead of ourselves – the real treat was a behind the scenes look at casting director Evelien Joos‘s process of selection for the runway-meets-music festival. In awe of the long line of runway hopefuls, Models.com took an exclusive look at the street casting production to see how someone new can stand out of the crowd.

All photos shot by Curt Sanders | Special Thanks to BLACK FRAME 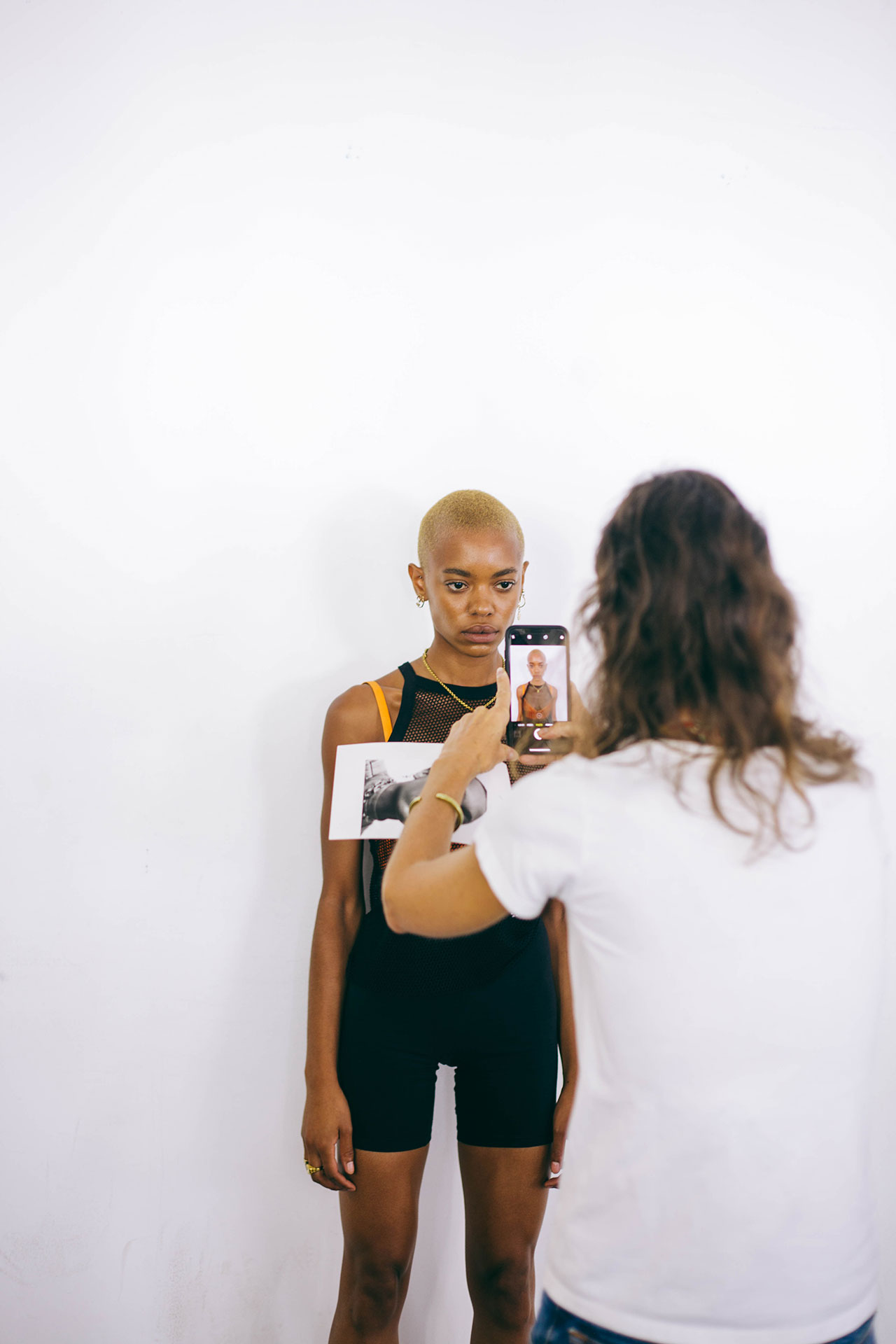 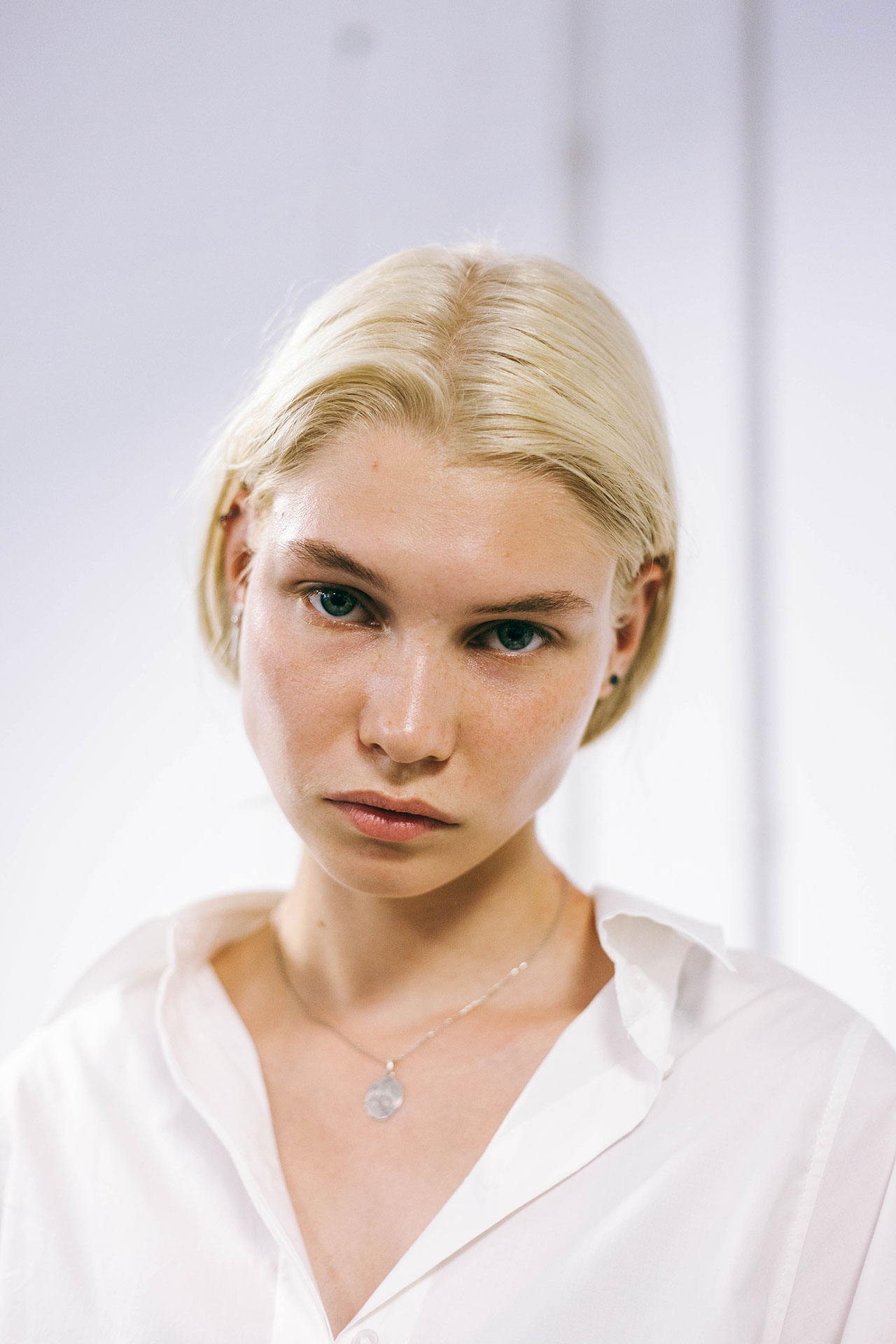 How can you make sure that the casting for VFILES, and the variance of the diversity of the casting, can match that type of energy that the show always has. What’s your process? What do you normally look for, as your casting kids?
Well, it’s funny that someone else asked me also the same, but it’s very hard to describe why someone is like, “Yeah, I think he’s great, and the other one, maybe not.” Here’s the thing, I do think that even for these young designers, they’re already eccentric in what they’re going to show. I think that if you actually put a really crazy street cast in it, I don’t think that’s always good. I like to balance it, I want to also see the models just so I can have that balance.

But then in street casting the height is not important to me necessarily. Height and weight and muscle, all sizes, if you’re he, she, they, them – these days it’s no longer an issue anymore. What I think is important for street casting is that they know how to walk. You’re not doing a photoshoot. You’re not standing still. They need to have a presence on the runway. And it’s when you have that presence, that you kinda show it. You have a certain confidence to be walking on a runway.

Absolutely. Especially walking in Barclays Center. It’s a huge stadium with all eyes looking at them. How big of a team do you normally operate in order to decipher through all of these people?
It’s usually just me and an assistant. I also don’t take on a thousand shows. To be honest, I did not know it’s gonna be this many people but the same time, okay, then you have a bigger team. Let’s say I’m here with five people, I’m still gonna have to see everyone. I wish sometimes I could go to a line and be like, “okay you, you, you,” because you can sometimes see. But you don’t want to do that. Everyone is here to get a chance. Same way the designers are here to get a chance so is a street caster here to get a chance. And I feel like sometimes people surprise you when they’re finally standing in front of you. 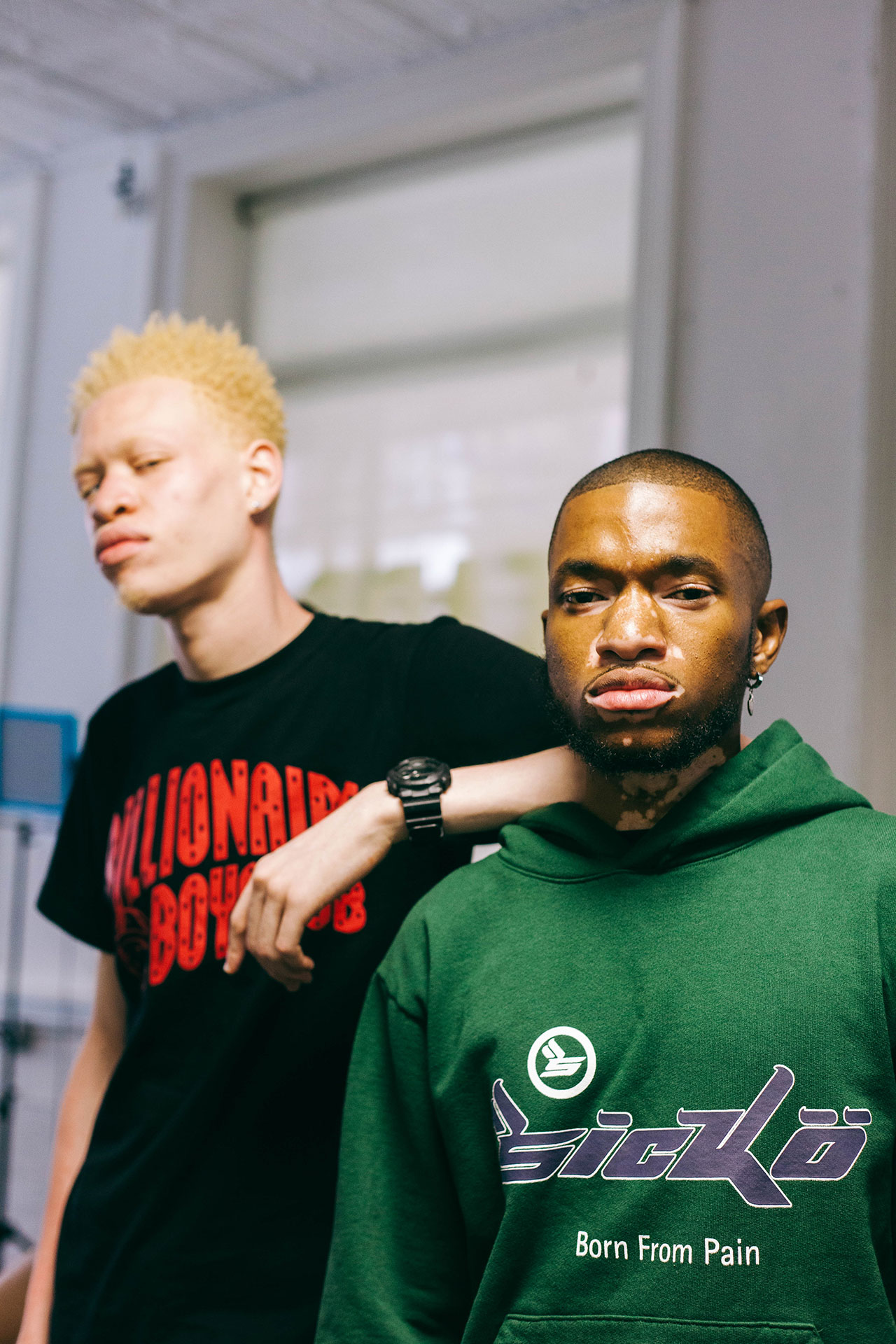 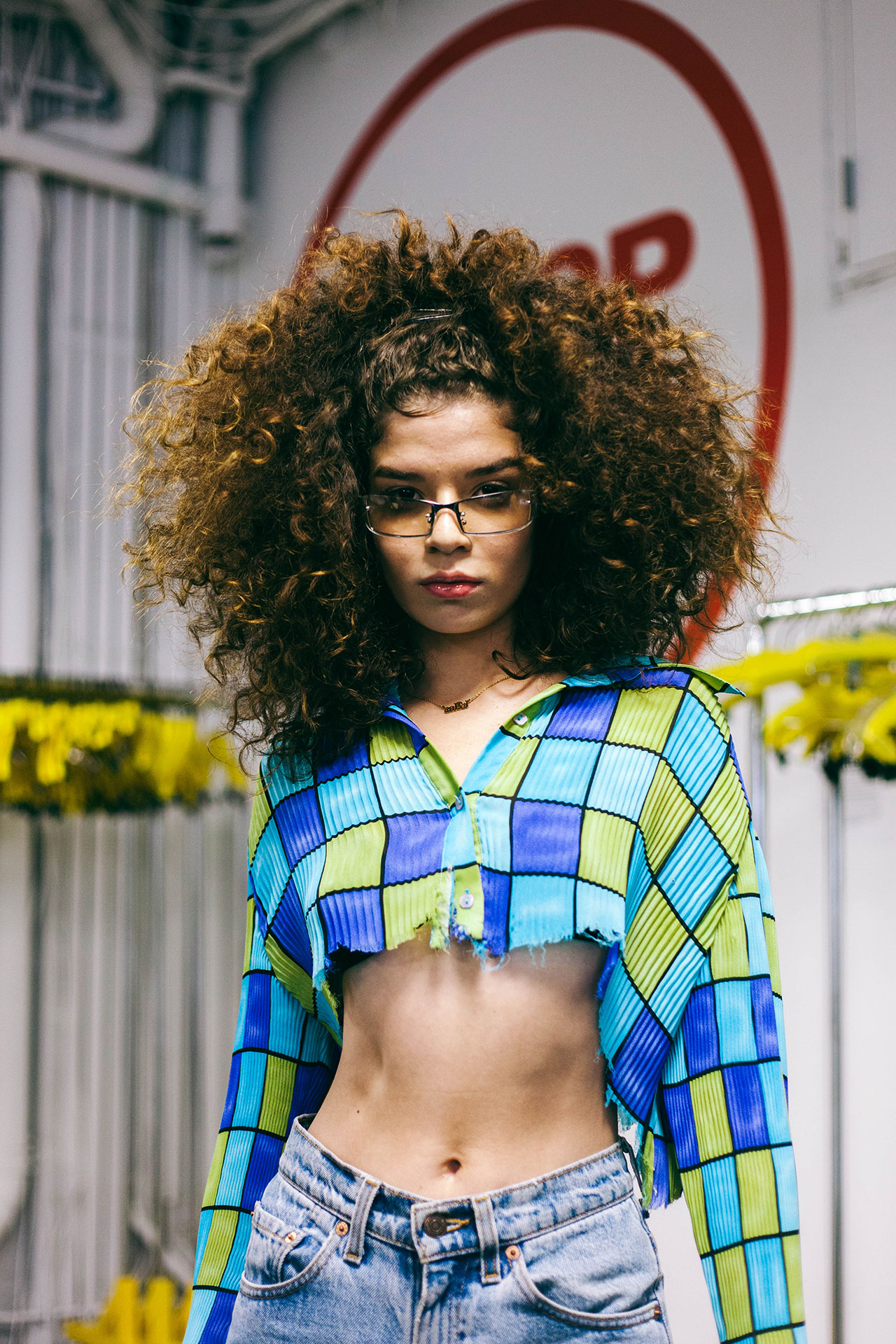 People always ask, “how do I get signed to an agency?” Is the market for an aspiring model wanting to really work and book clients, is it only geared towards a traditional type of look or is it as you said, “anything goes.”
Anything goes. Anything. Sure you can be really petite but you can also have a stunning face. Or you can be plus-size and petite. But something needs to stand out. Model agents are gonna be like, “This is someone amazing. We wanna sign her anyway.” For example, who’s really inspiring is Aaron Philip. It goes beyond. That person has something to say, and it’s from the inside and the outside beautiful. You could be in a wheelchair, and that’s something. But you have to have something. I think with agencies, that’s what they’re looking for. I’m including plus size also. I don’t know if some of the designers will need plus-sized, but sometimes-

It’s good to have the option?
Yeah, I guess so. In these days, but it’s not only – sure size, sure all genders- but also age. I actually really like when I see older women and men. Especially older women. 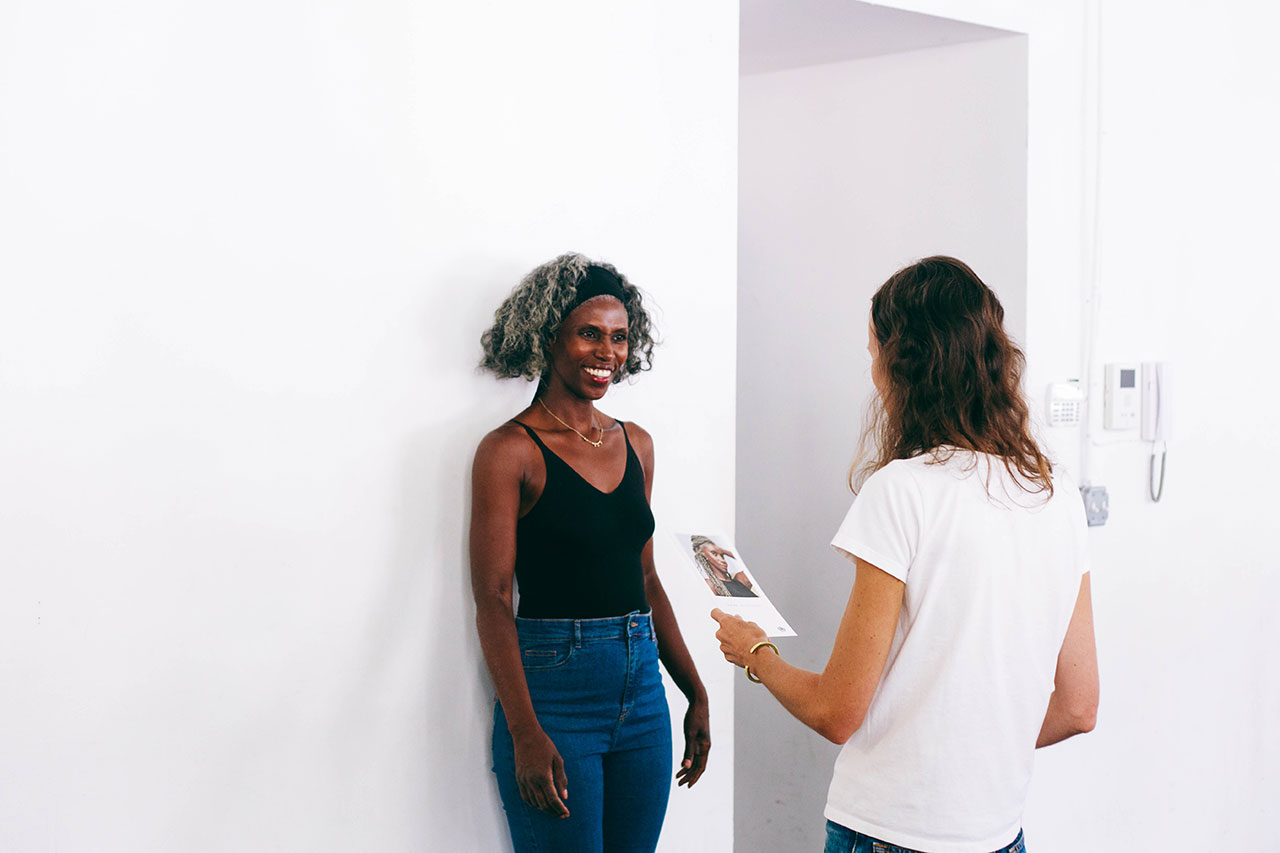 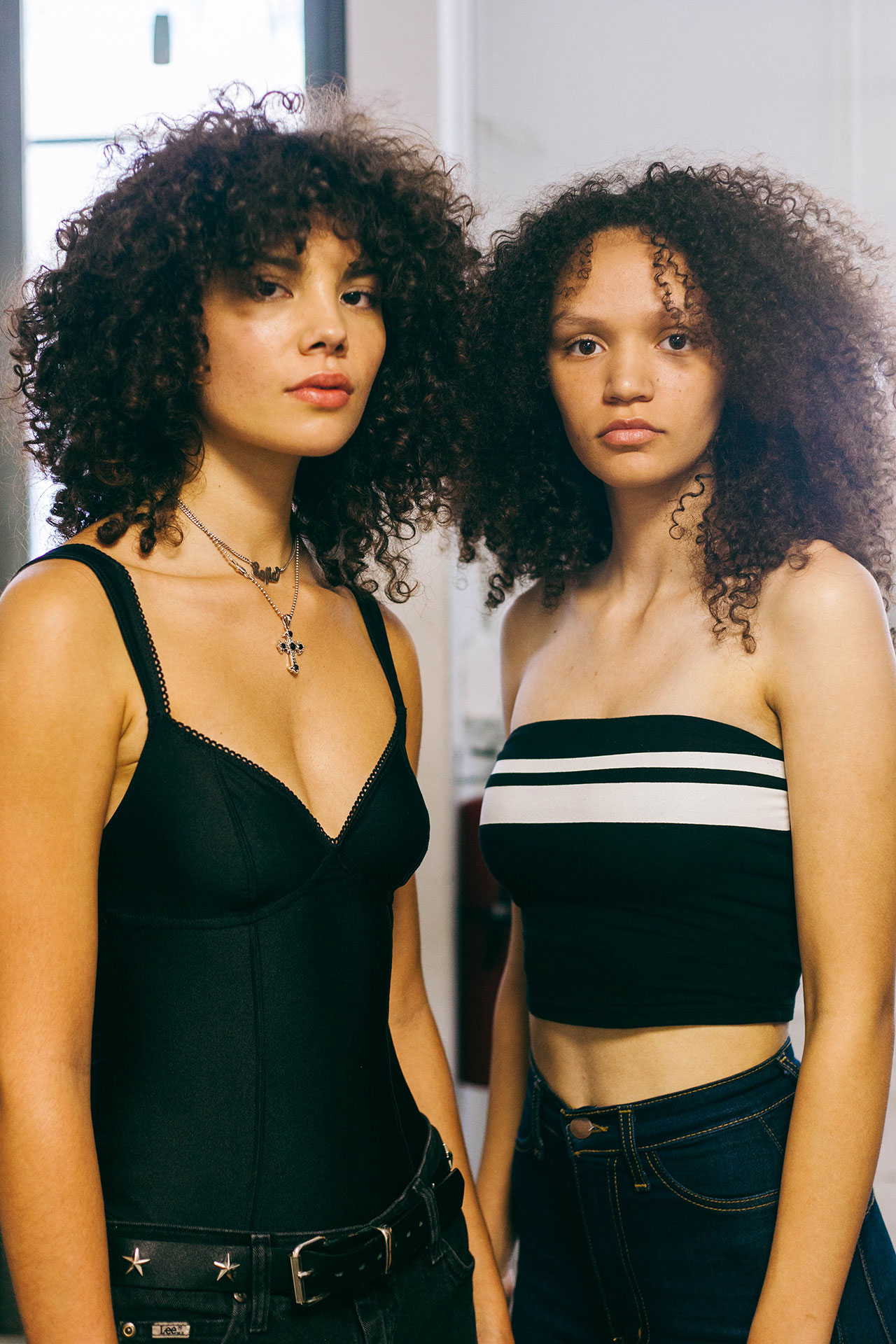 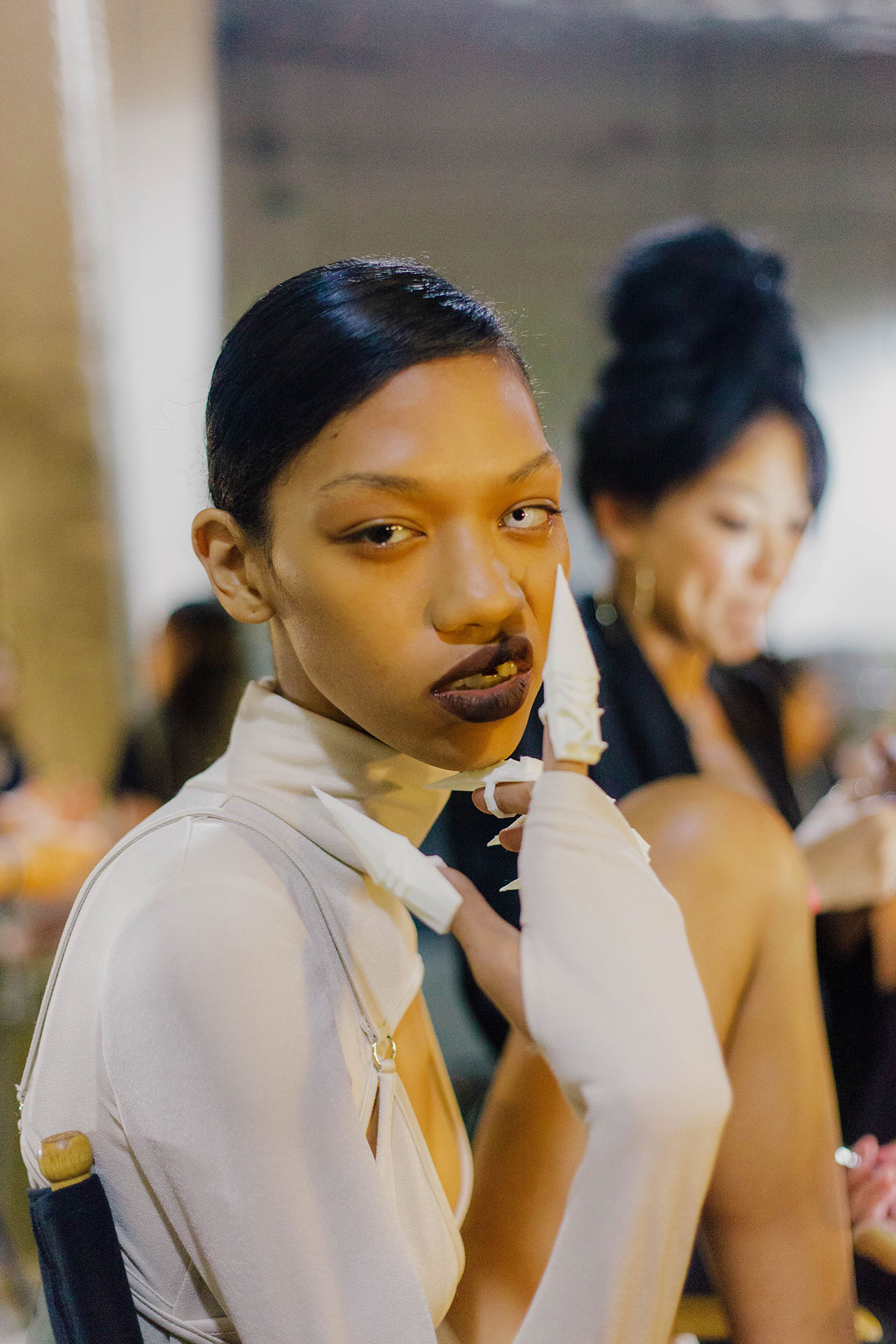 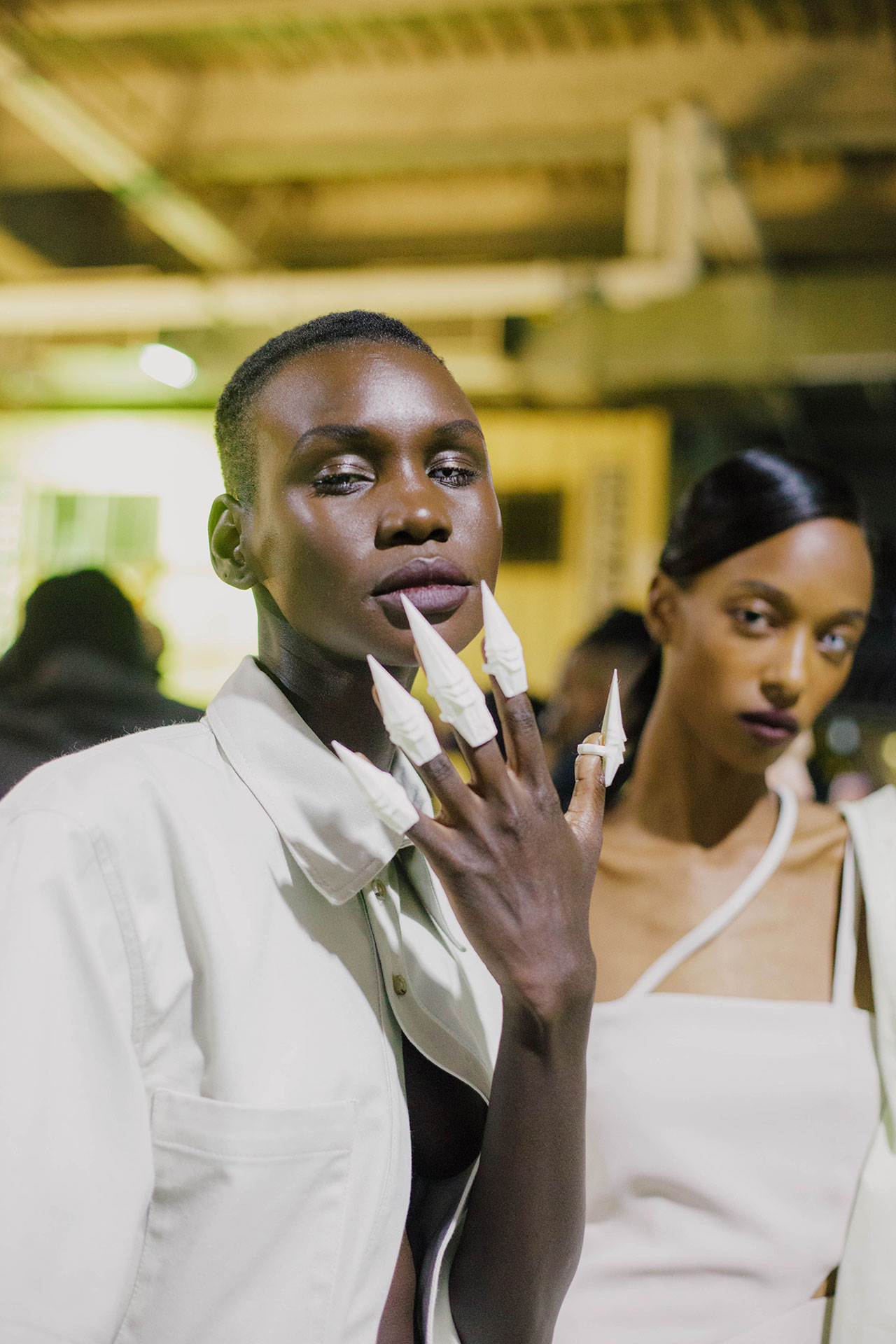 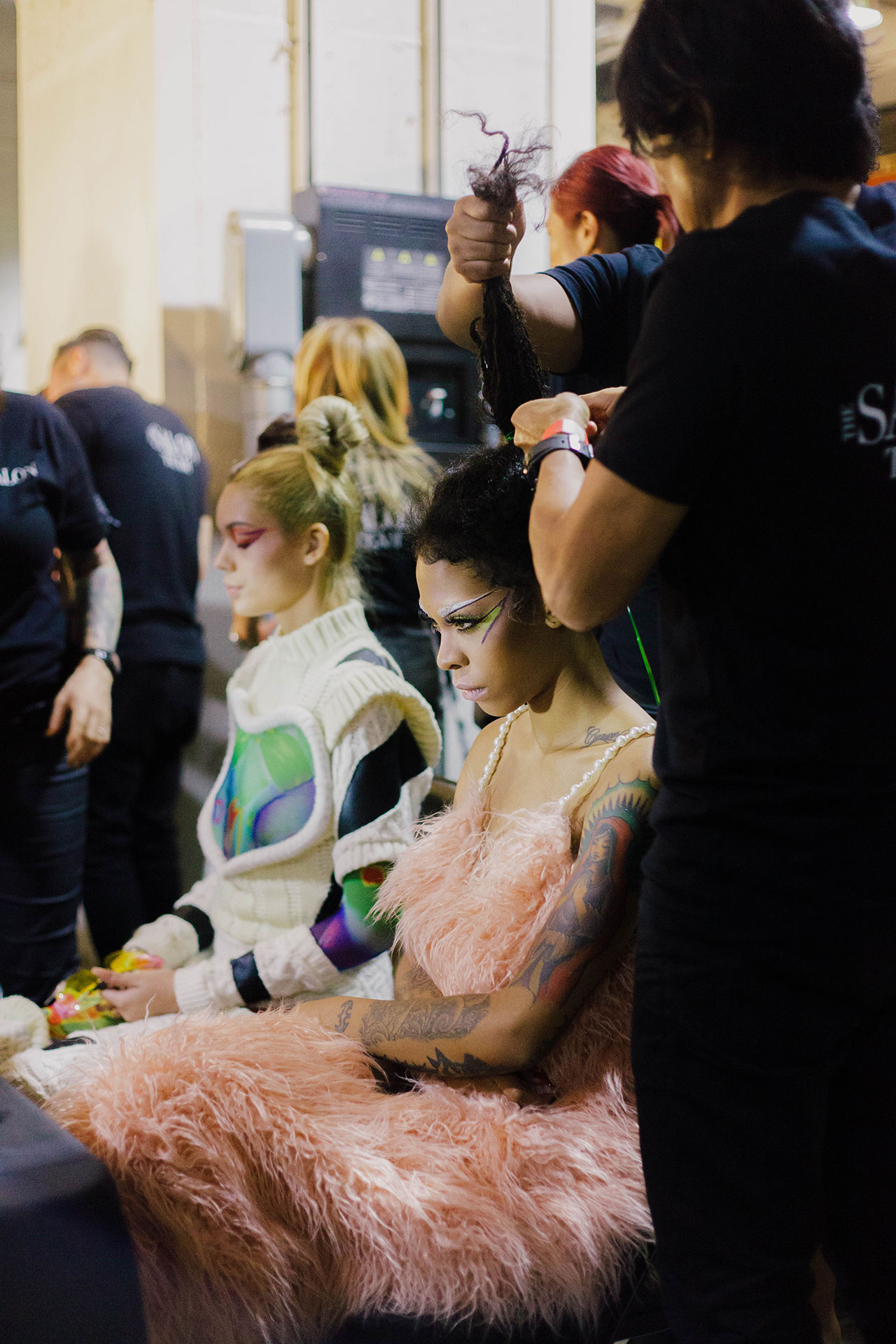 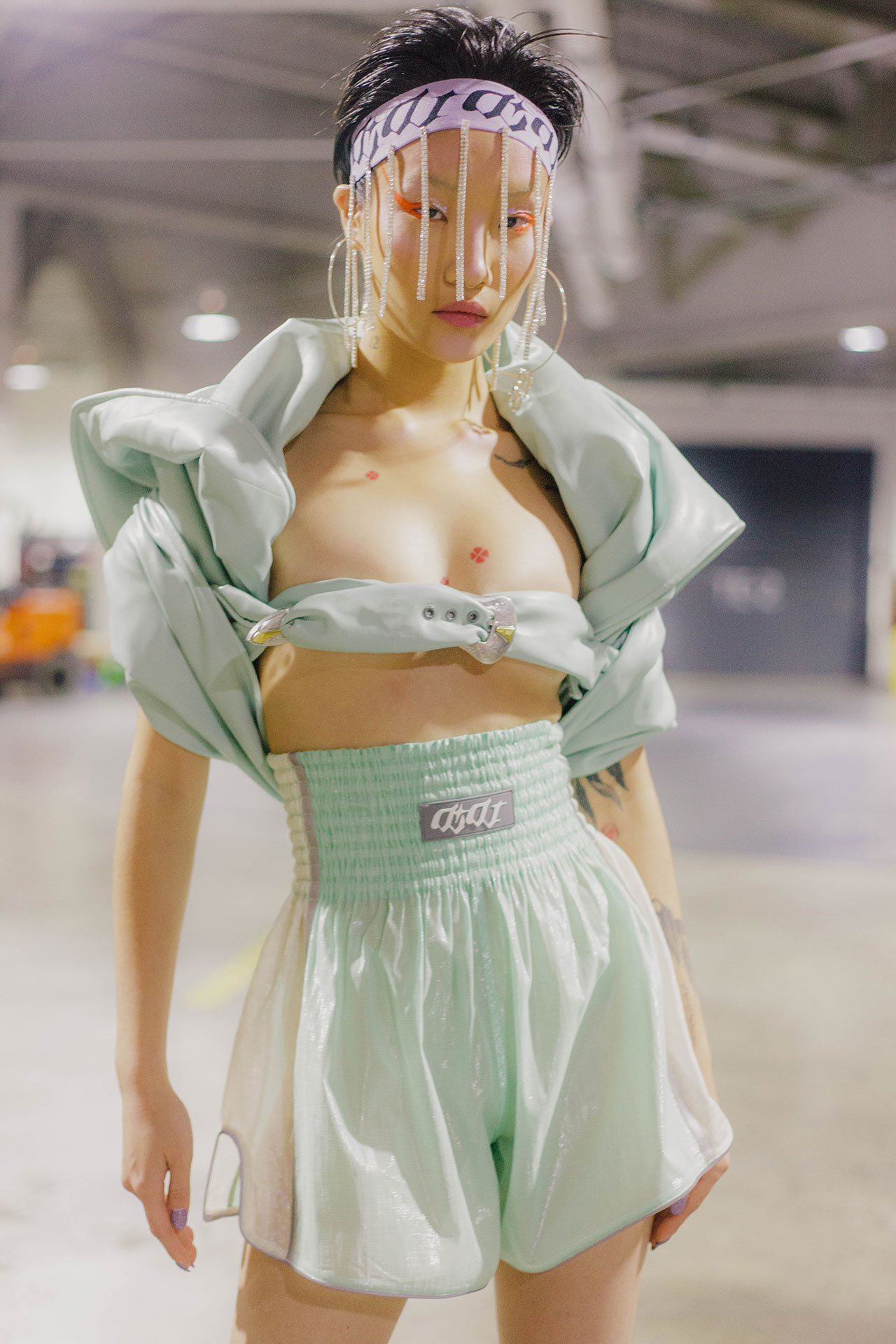 Who is Dahely, the Brooklyn girl who debuted front of line at Helmut Lang?
NEXT