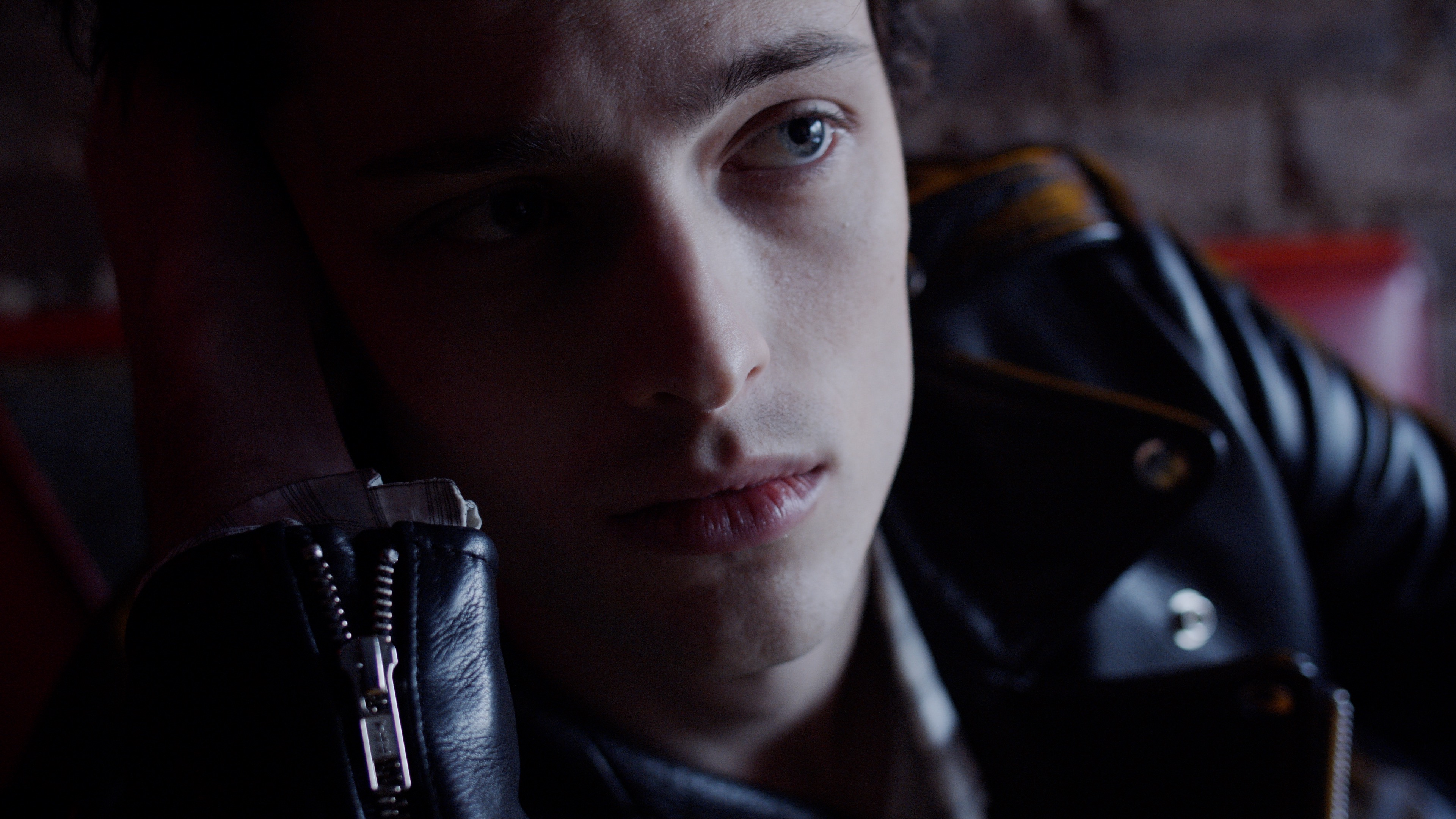 Several years ago, when he was an editor at VMAN Magazine, Jacob Brown spent a lot of his time working with male models. He was struck, he says, by the unique position those young men found themselves in as both marketable properties and objects of desire. “I think what’s interesting about these lives is that it’s a situation where men or boys are dealing with the things that women deal with every single day,” he says, “the male gaze, objectification, dicey situations of sexual misbehavior, #MeToo scenarios. It was almost a feminist narrative being told on male bodies.”

Now Brown has spun his discoveries into a new web series, Model Boy, which follows the paths of three male models in New York’s competitive fashion industry. But rather than focusing on glamorous parties or extravagant campaign shoots, the show delves into their complicated and conflicted inner lives. Felix is dating a pop star and seemingly knows everyone but struggles to pay his rent. Paris is the fresh-faced newcomer who is quickly confronted by the darker side of his new career. And Elias is the Lyft driver who finds himself thrown into a world that is both exciting and bewildering. “There hasn’t really ever been an authentic portrayal of what it’s like to be a male model in any kind of TV or film or anything,” Brown says. “You have Zoolander caricatures and joke-type portrayals but nothing treating it as real dramatic material.”

The three models are all played by working models with solid acting training and experience, adding a dose of realism Brown says was integral to making the series work. “It wasn’t about using handsome young LA actors because it’s not authentic,” he explains. “Runway models are not just good-looking, it’s a certain type of good-looking, and then there’s a certain air with male models because it’s this combination of being self-assured in your looks—which is something that most people don’t have—but also this complete insecurity that the thing that you’re being valued for is slowly evaporating with every passing day. That combination is hard to portray.” 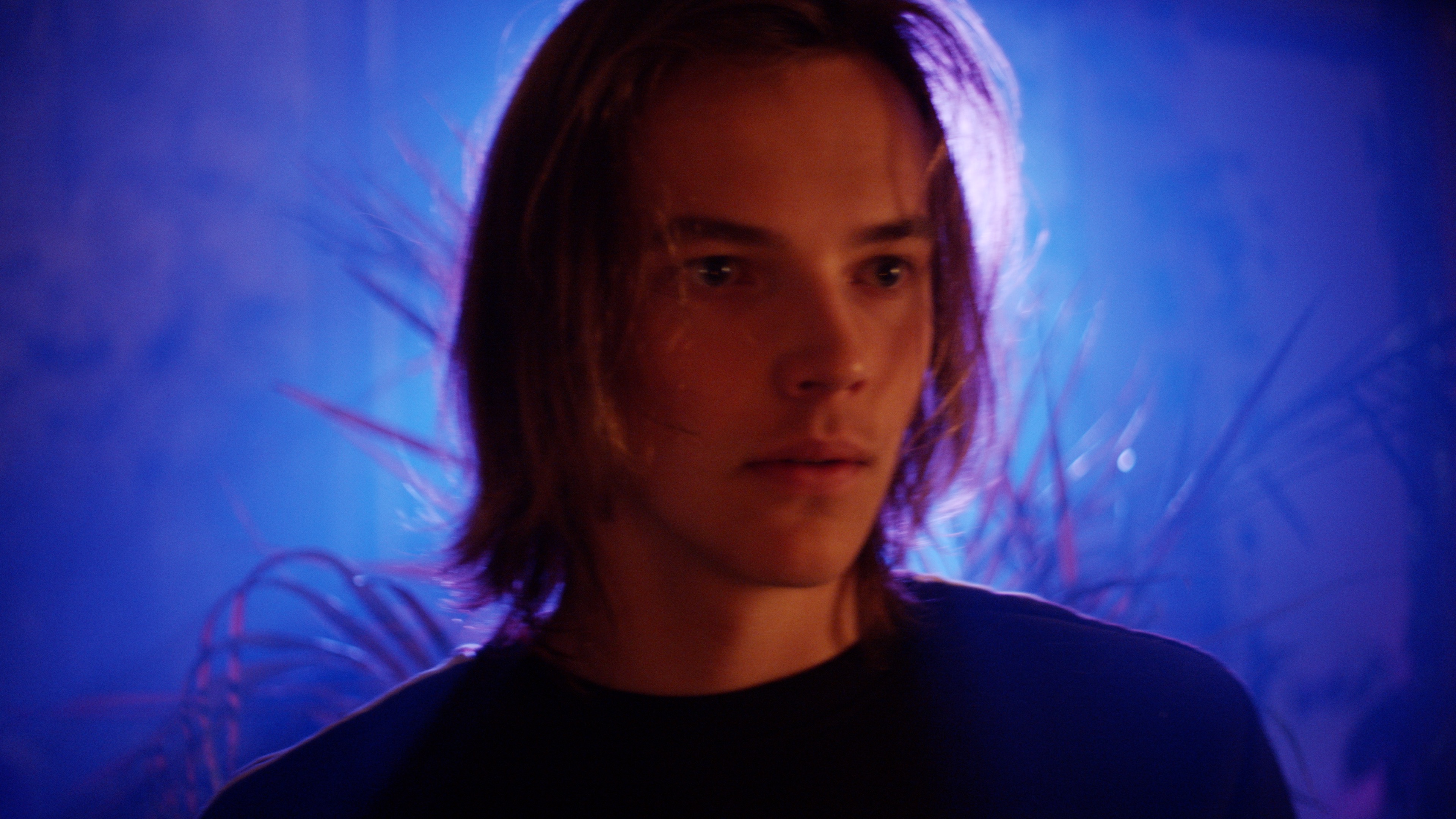 For Taylor Rosen, who plays Felix, the show offered an opportunity to combine the experience he has gained modeling over the past few years with his burgeoning acting career, with the added bonus of possibly helping those coming up in the industry after him. “What attracted me was that he wanted to tell a realistic portrayal of male models in the fashion industry,” he says about Brown. “I loved that because I’ve been doing it on and off for seven, eight years now and it’s never really talked about. I feel like only the guys who have done it really know how it works. When you sign up to be a model, especially a male model, sometimes you’re seventeen, maybe eighteen, and you’re not taught how to survive. You’re not taught how to conduct yourself or what type of people you’re going to meet and it can be very intoxicating at first so I think it’s important to talk about the struggle of dealing with that.”

In a key scene in the first episode, the agent Alexia instructs Paris to look at her and calculate the cost of what she’s wearing compared to what he is. Her point is that women are subjected to the constant visual scrutiny of others every day, an experience foreign to most men except those who model. For Brown, that exchange serves as the through line of the series. It is well known that women have been subject to sexual harassment for ages, but it wasn’t until the New York Times reported on the misconduct of Bruce Weber and Mario Testino last year that many in the general public even began to consider it could happen to men as well. “This one little corner of one industry flips the script a little bit,” Brown says. “You have a situation where male models have a lot less economic worth and that’s a situation that women are fighting against in every other area of society right now. It’s an interesting twist.”

According to Brown, economists have a technical definition for “bad” jobs, including a lack of guaranteed income, low security, and no benefits. Sharecroppers and day laborers fall under this category—and so do male models. Both he and Rosen say that working on Model Boy has underlined the need for an organization, perhaps like the Screen Actors Guild, to protect models. “Unless you’re lucky, no one really gives you advice how to deal with the different people you encounter,” Rosen explains, “so I would like to bring more awareness to that. I think there should be a system where these guys have more support and better role models to know how to navigate their careers and stick up for themselves. Whether they like it or not, at some point they have to start managing and taking control of their own lives and careers at a young age. That’s something I wish I had learned earlier and knew how to do better.”

For Brown, part of the reason to make Model Boy was the hope that it would spur a much-needed conversation in the industry. “I’ve been talking to the CFDA. They were very supportive of the show and they have some health and safety initiatives that they haven’t really brought into the male model space, but maybe next season we can use the show to bring attention to that. I think that’s something that needs to happen in the industry and if the show can be part of that, great. The show isn’t being made as a piece of activism, but I think that great entertainment and great art, of course, can raise issues in people’s consciousness. I think if we tell really good stories and portray really evocative characters, that has a positive effect somewhere somehow.” Kering ups it minimum age, Models.com rankings updates and more of the news you missed
NEXT Fenty does Paris, Prada bans fur, Topshop to close and more of the news you missed
Top