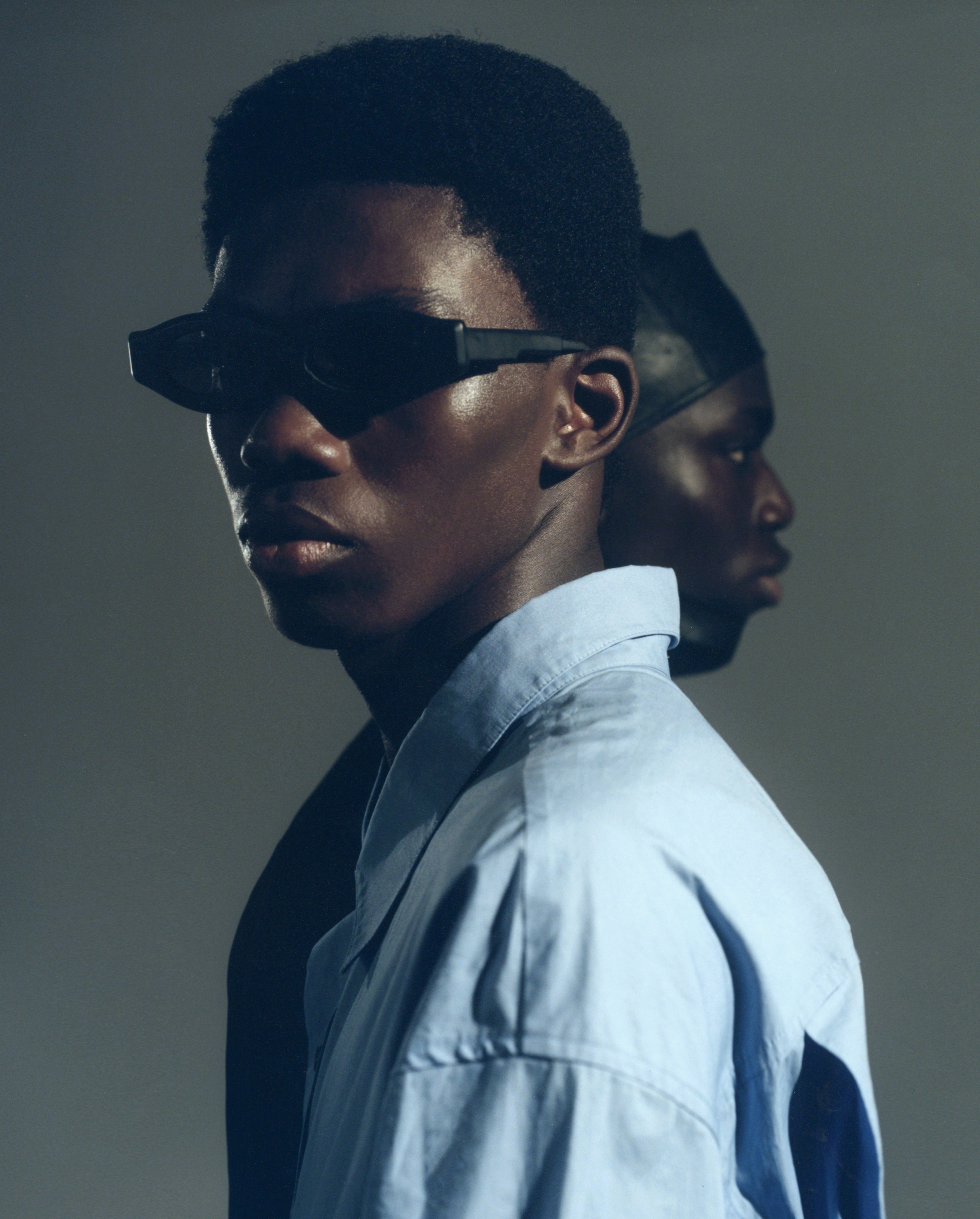 For every Abloh and Enninful there’s definitely an Obi in the wings, grinding and striving to make their mark in the fashion industry. As Black History Month comes to a close, we shine a light on KK Obi, a transplanted African finding his way through the industry labyrinth one strategic move at a time. As interim Creative Director of Seventh Man, a magazine based in London, KK has taken on the challenge of defining the zeitgeist and fashion mood of the moment.

Mac Folkes: Tell me a little about yourself KK?
KK Obi: I was born in Nigeria and lived there until I was 17. At that point my parents sent me to the UK to do my A levels and then I continued on to university. I decided to stay in the UK and discovered fashion and the fashion industry.

What did you study at university?
I finished with a degree in chemical engineering.

That’s funny, when I went to university I studied engineering as well. But after the second year I woke up and thought: WTF am I doing here?
Exactly. I never really had a WTF moment. My father was a civil engineer. My parents were not literary in that sense. He played piano. He was creative, but math was definitely his strong suit. That was passed down to me. So I was encouraged to pursue a career along that path. That’s how I found my way to chemical engineering. 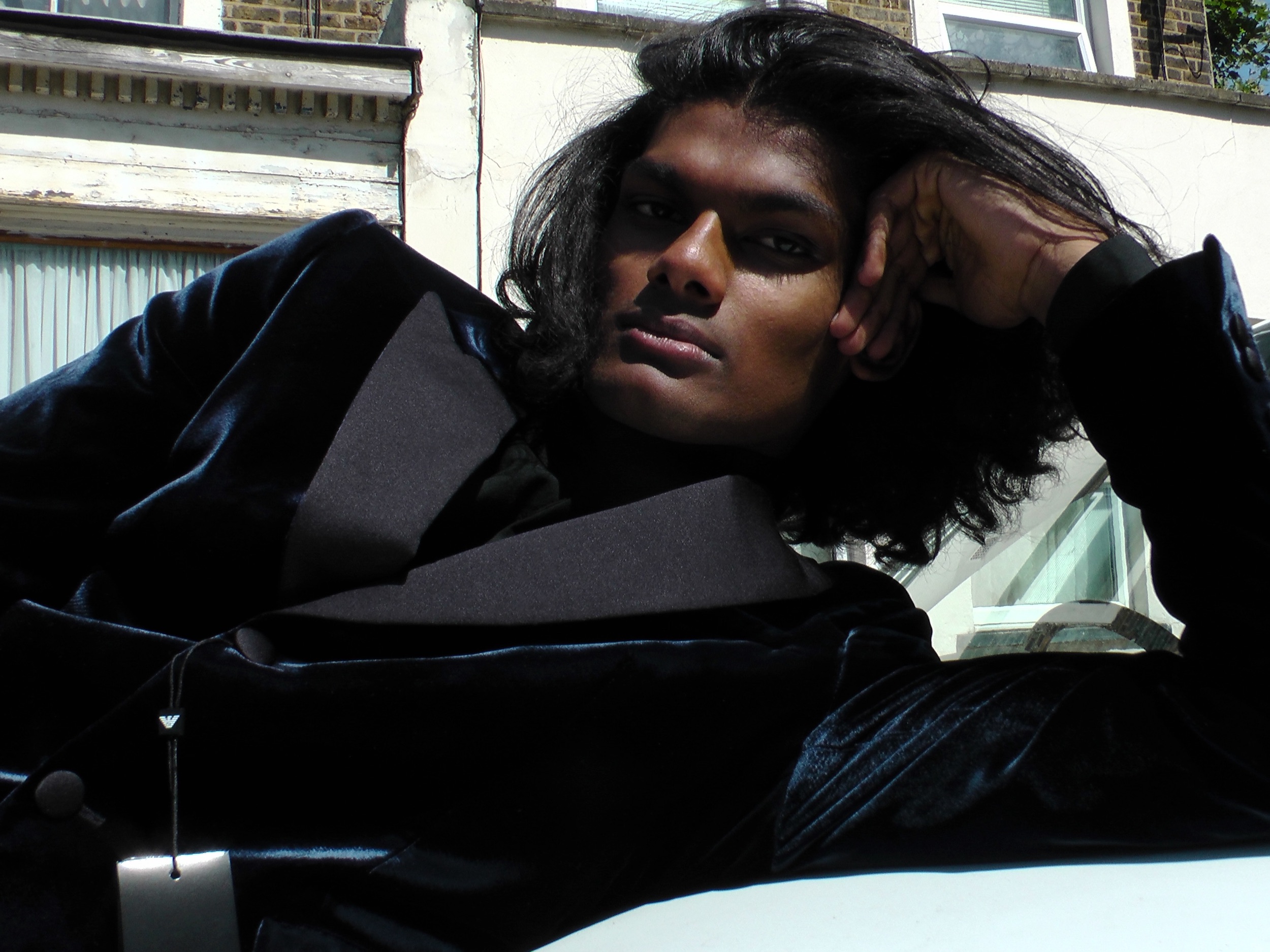 How did you find your way to fashion from engineering?
I have always loved clothes. I can remember crying and crying to my mother for her to buy me certain articles of clothing. In my first year of university I started going to London. That’s when I discovered that there were different options. It was a revelation for me that I can do other things like writing for example. In London, I started to meet some very interesting people. I made some really good friends that guided me and that’s how I eventually ended up in styling.

When it comes to people of color, not just black people, that if you show any sort of promise you are sent down a particular path. Obviously magazines were at my house. I had subscriptions to fashion magazines. But for some reason it didn’t dawn on me at a young age that actual people put them together.
Same. I wouldn’t say that we had magazines, but I am certain that I must have heard of Vogue or seen a copy. I never really understood how print came together even though my grandfather had a printing press. I just thought these things kind of happened. I never understood that there was an entire industry behind them. That’s something that I had no idea about.

When you watch TV for example, you always see doctors and lawyers and maybe police and firemen, but that’s about it.
I know a moment for me was when The Devil Wears Prada came out. I remember going to the cinema with my mom. That was a revelation. I had no idea that was how an entire industry operated.

So The Devil Wears Prada was your revelatory moment?
I wouldn’t say that, it was more just me meeting other people, but it did give me an understanding that it was an industry. I didn’t understand that before.

Tell me about some of the people that you met early on in London.
I met Jordan Young who was studying at Goldsmiths at the time. He then introduced me to Emmanuel Balogun, an artist and writer, a person that would subsequently become one of my best friends. We all started going to this place called Boombox. Boombox is where I would say that it all happened for me. 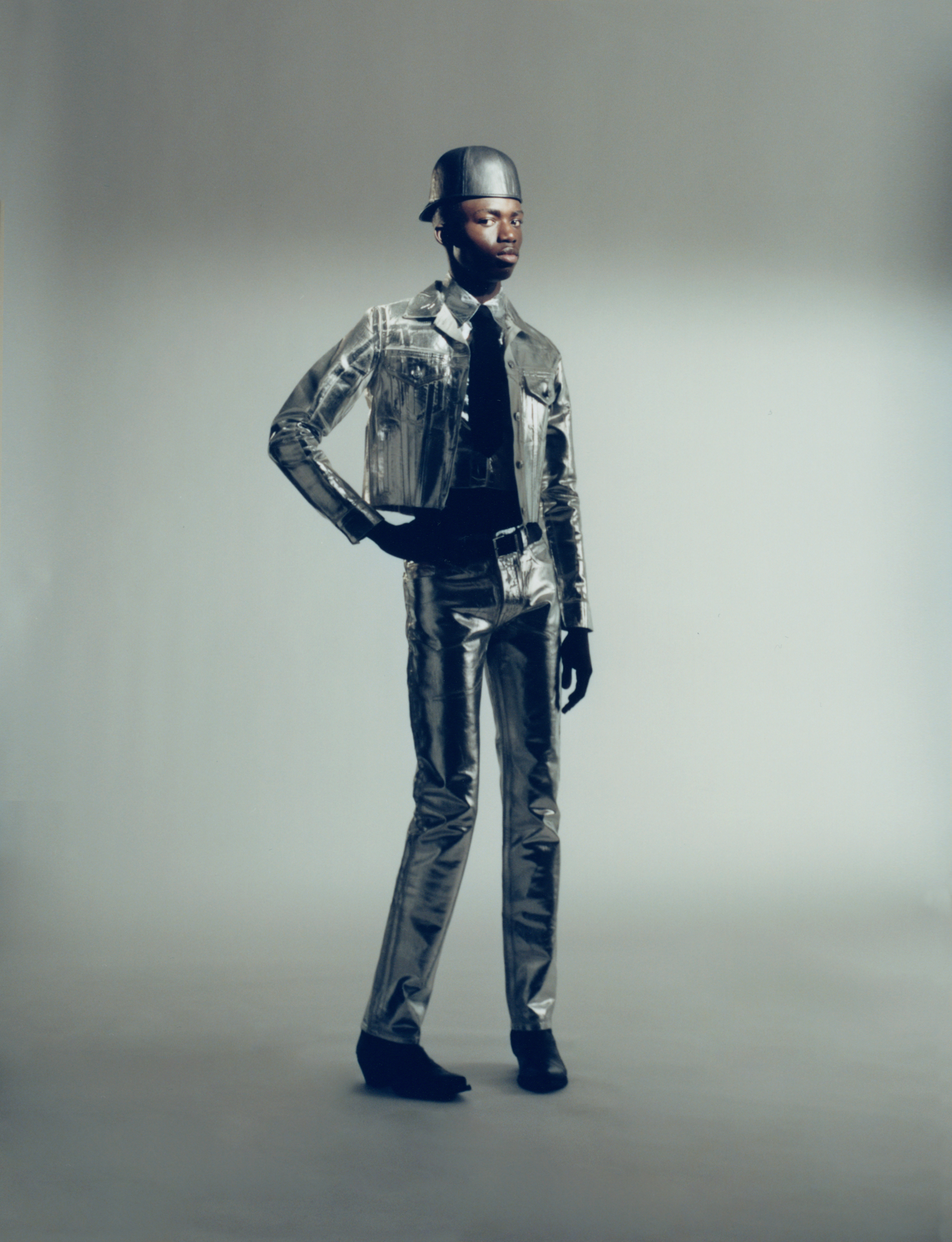 Aaaaahhhhh, the club….
It was an amazing experience. All these people coming together in a quest of exploration and discovery. People both random and famous with the focus being…Let’s dress up! I was in Sheffield at university and planning the entire time what I would wear to the club in London on the weekends on a Sunday night. Then jump on a 2.5 hour train ride back to Sheffield.

There’s a lot of parallels to my story. When people ask me all the time: Where do you know this person? How do you know that person? My reply is often always the same: I met them at the club. A recent friend of mine, that happens to be a film director, quipped back: You didn’t meet me at the club. To which I replied: But a DJ introduced us.
Be it either music or a social connection, the club brings together like minded people. The potential of meeting people that actually connect with you is great.

So it’s in the club where you are starting to meet people with a more artistic bend. How did meeting those people get you thinking about moving into fashion? Was styling your first choice?
To be honest, I didn’t know anything about styling. I read and collected British Vogue at university. It wasn’t until meeting people in London and learning about platforms like Show Studio and reading independent publications like Dazed and i-D did styling ever come into play. From this I thought that I could give this fashion thing a go.

Did you ever see yourself reflected back at you when you where reading British Vogue or did that happen when you started reading the independent magazines?
At the time British Vogue wasn’t at all reflective of my interests. When I read it, it always came from a standpoint that I am Nigerian, this is obviously foreign and how can I bring those two things together.

Were you trying to build a bridge between what you knew as a Nigerian and what you were learning from these new outlets?
Exactly

What was your big break?
At the end of my third year at university I was encouraged by my peers to get an internship. I sent out handwritten letters to a few magazines. One landed on the desk of a woman that had an African sounding name at Tatler. She slotted me in and gave me an internship. When my degree was finished I started there. I unfortunately never met her because by the time I started, she was already gone. Somehow in my imagination I think she wanted to help someone like herself. Because to be honest with you, Tatler at the time was a very white office, a place for the upper classes. Needless to say, they didn’t have very many people of different ethnic backgrounds working there. 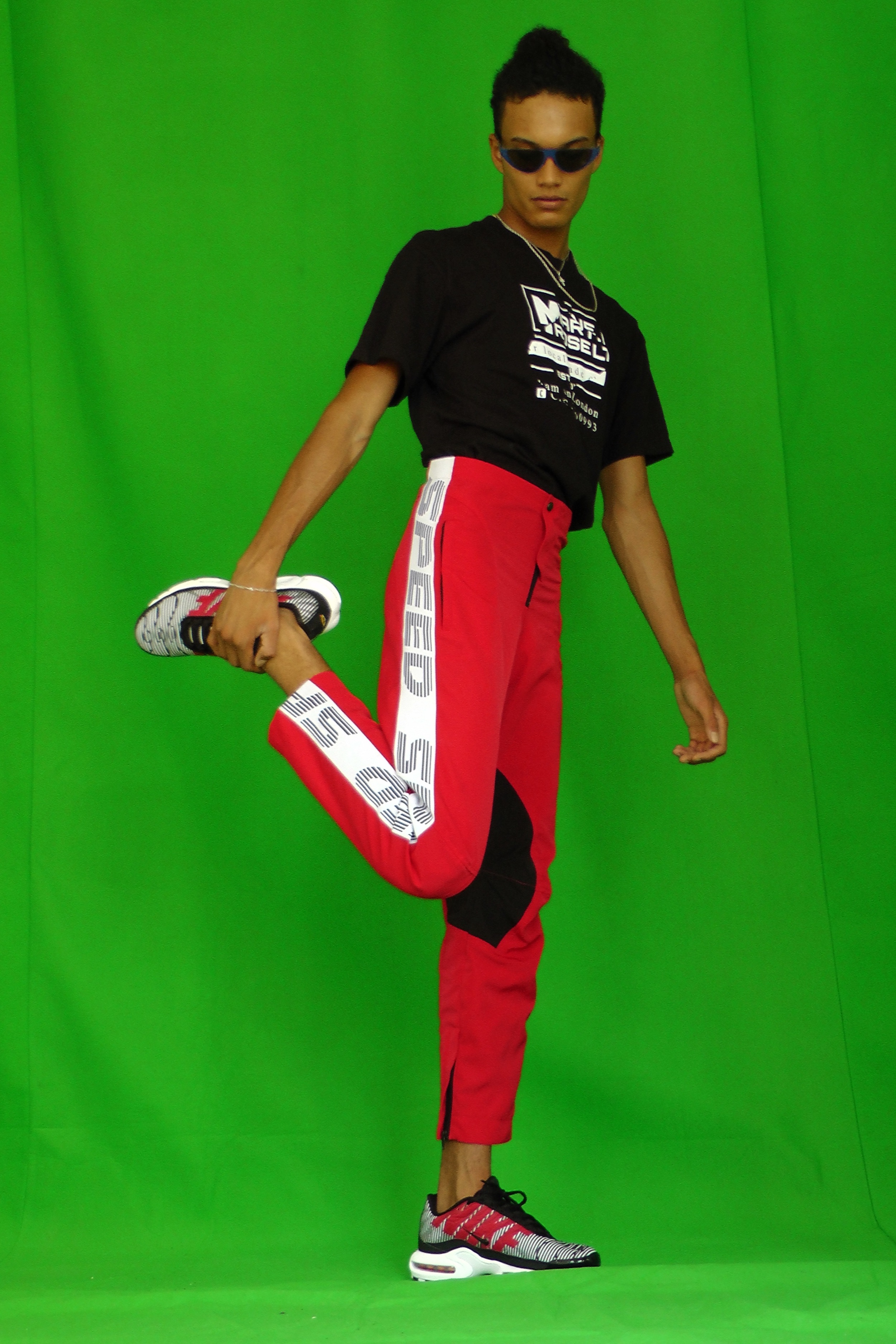 How long did that last?
I was there for three months. I was amazed by the Condé Nast environment. I took it all in, and soaked it all up. While Tatler has the potential to be a great magazine, it was definitely not for me. I wanted to experience other things. From there I went to TANK. Much different from the structure of Conde Nast, but an important learning experience. Then an opportunity came about that I could not turn down at a new magazine called ARISE. ARISE was the first of its kind. An international African magazine. I had to work there. I had to be involved. I got an internship and ended up staying there four years.

What was your position there?
I went from intern, to fashion assistant to junior fashion editor.

How did you make the transition from there to where you are now?
Whilst at ARISE I met Dean Hau who had started a magazine called Seventh Man. When I left ARISE he asked if I would join the team at Seventh Man. It was a very small publication and all freelance based so I was predominantly contributing for him. I spent three years working with him. In the last six months, he’s decided to take some time off. So I have stepped in to curate the magazine.

Tell me about this latest issue.
Fashion is about change. There is so much change right now that it’s tricky for the mood to find definition. It has changed and is changing at such a rapid pace. I happened to watch a documentary about Rachel Dolezal. Her story and inner turmoil spoke to me and seems to speak to this moment in fashion, so I decided to make Identity Crisis the theme of this latest issue.

Earlier you said that you have always tried to reconcile who you where with what you were reading in British Vogue and experiencing at Tatler. Do you feel at some point that you have experienced an identity crisis?
When I first moved to the UK I certainly had an identity crisis. I couldn’t reconcile what I had been taught to many things that I was now experiencing. Nigeria is very conservative and I was also raised Anglican. The past years I too have been on a path to self discovery.

Do you think fashion has allowed you a sense of reconciliation?
Fashion has definitely enabled me to come to a place where I feel comfortable in myself and confident in my abilities. 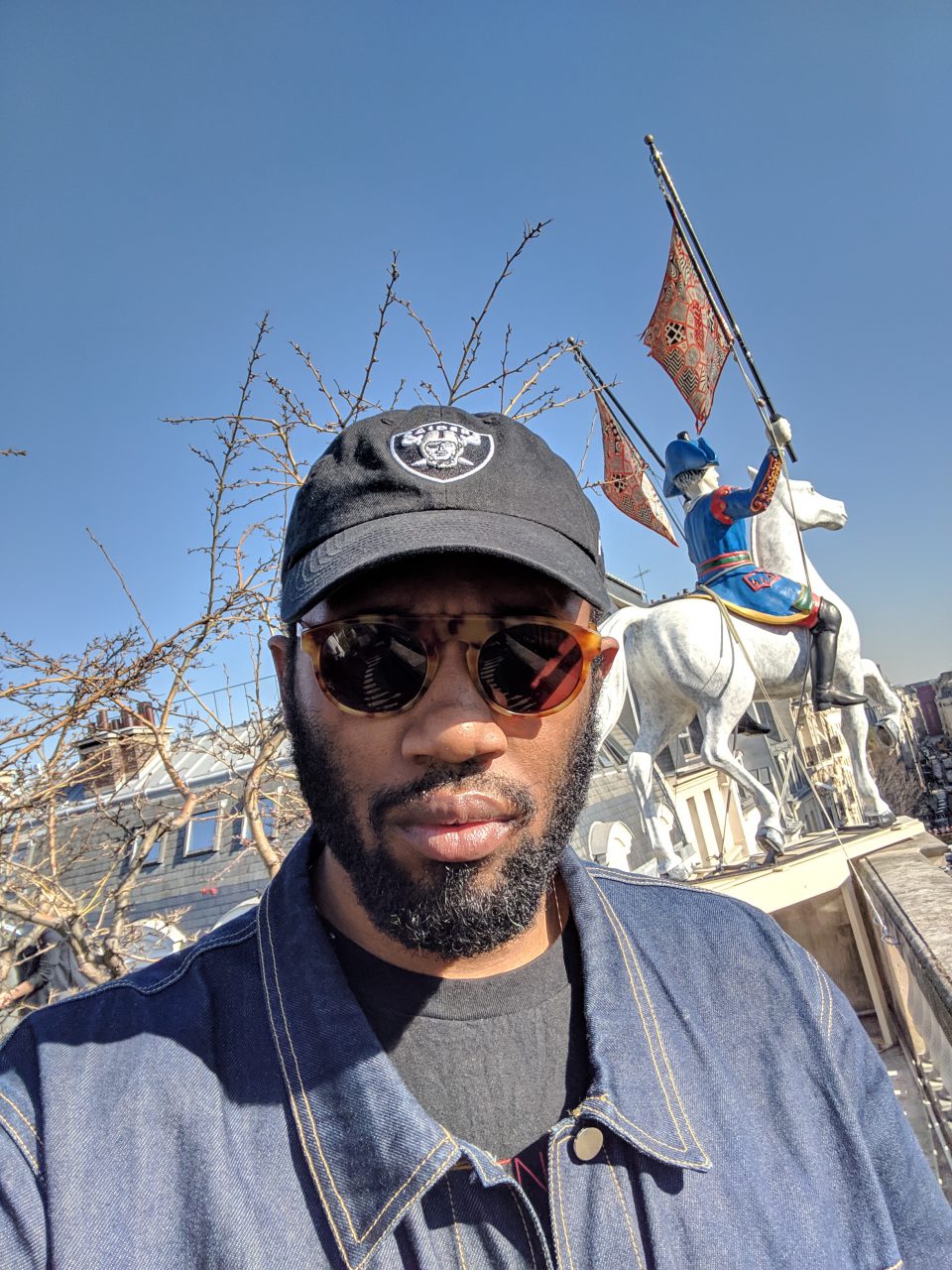 How Dana Scruggs Went From Test Shoots To Milestone Covers
NEXT See what the models are wearing off-duty in Paris! Day 3