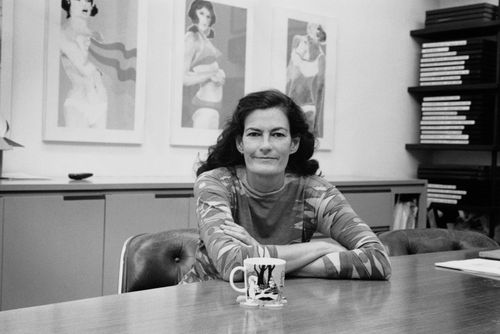 Well known for her distinctive style and original casting choices, she continued to cement her status as an image maker, working with magazines such as British Vogue, Italian Vogue, AnOther, Self Service, The Face, Arena, i-D and Nova, where she was appointed Fashion Director.

In 1997, Venetia began consulting for Marc Jacobs where she became Creative Director in 2001. She was responsible for directing the Marc by Marc Jacobs line and associated accessories from its launch.

Venetia started working as a photographer in 2005. She now contributes to British Vogue, W, AnOther, Dazed & Confused, Self Service, Purple, Interview, Vogue China and POP.

In 2017, Venetia was appointed as Fashion Director of British Vogue under editor-in-chief Edward Enninful. She continues her multidisciplinary practice in both styling and photography.

All Across The Land
British Vogue (Editorial)
published: August 2020

Venetia Scott in the news: