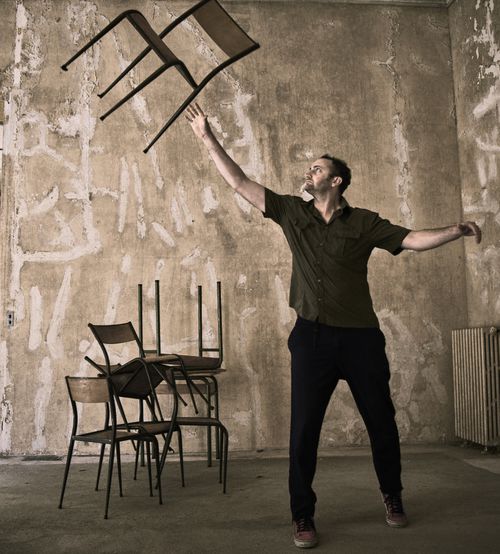 Born and raised in the Luberon in the south of France, from a family of painters and sculptors, Sylvain was naturally interested in the arts.

He moved to Paris at the age of 18 to attend art school, specialising in molding and modeling pieces for special effects using plaster, silicon, and resin. After he finished his studies, he began assisting with set design for films, TV commercials and music videos, and after a few years, he started doing his own jobs as a prop stylist and set designer.

Seven years ago, Sylvain began to work in the fashion world as a prop stylist on a shoot with Javier Vallhonrat and he has never looked back. He continues to work on movies and music videos, as well as special projects creating custom design furniture and event spaces.