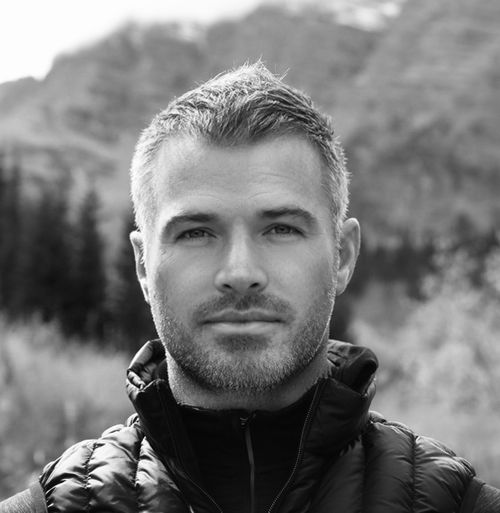 Seth is the Founder, Creative Director and Editor In Chief of MAN OF METROPOLIS. Travis launched the men's fashion media brand in 2015; which now boasts over 7 Million views. He has worked with Hollywood stars, Olympic Athletes, top models, and entrepreneurs across creative, design and fashion and fitness. He has lead and collaborated with over 300 creatives from photographers, stylists, producers, art directors, hair and makeup artists and casting directors.

Seth launches METROPOLIS REPORT a new women's title in the Spring of 2019 that will explore fashion and culture for the modern woman. Both the men's and women's platforms will exist under the new umbrella called, METROPOLIS STYLE.

Travis' skills as a creative leader across fashion and media is a culmination of time in branding roles at General Electric, Ralph Lauren, followed by the role of creative director at an international tech brand where he directed the vision, product development, and branding for the company with teams across 10 countries. Part of his role at Open Education was working with award-winning agencies; Method; Chermayeff & Geismar & Haviv, Sapient Nitro and The Community (La Comunidad) managing an operating budget of over 3.5 million dollars. Past partnerships include Bergdorf Goodman, Neiman Marcus, Bloomingdale's, W Hotels, Soul Cycle, iPic, Lab Series, and Master & Dynamic. He has experience working with major media and talent outlets including NBC, CW, TNT, CBS, FOX, Bravo, Netflix and more.