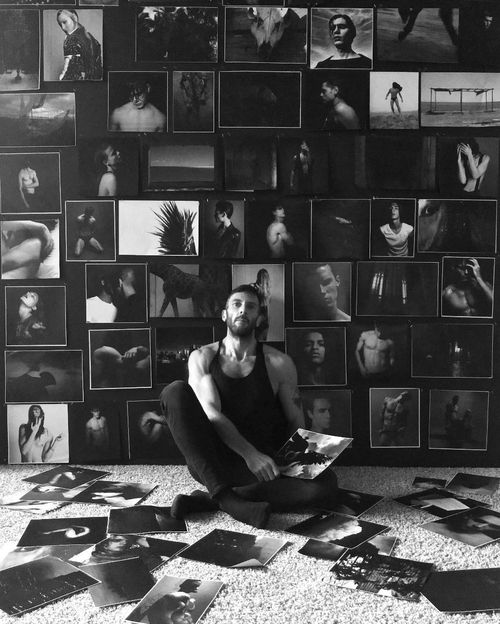 Ruben Tomas is a photographer who works on a level above instinct. His subjects are not people, natural landscapes, or animals. Rather, his subject is the elusive connection between himself and what is going on around him. Inner lives seem to appear along the surfaces of bodies: eyes in partial shadow, wet hair giving temporary dimension to a face as it is drying, a mask that shows more than it hides. Ruben’s signature style is unmistakable.

Born in Valencia, Spain, Ruben’s artistic journey has spanned five countries and four languages. His professional career has taken a similar adventure through acting and modeling. Thus, it is no wonder that Ruben’s way of making photographs captures movement in stillness and mystery in bareness. These qualities reflect his own creative process: he sees certain images before he captures them.

Ruben’s work is internationally recognized and has been featured in exhibitions in Los Angeles, Brussels, and Antwerp. His fashion photography has appeared in L’Officiel Hommes, Elle, Refinery29, Behind the Blinds, The Ones 2 Watch, Schon Magazine, Fucking Young, Tendencias Magazine, and the Word Magazine, among others.